Is Bordeaux over oak? 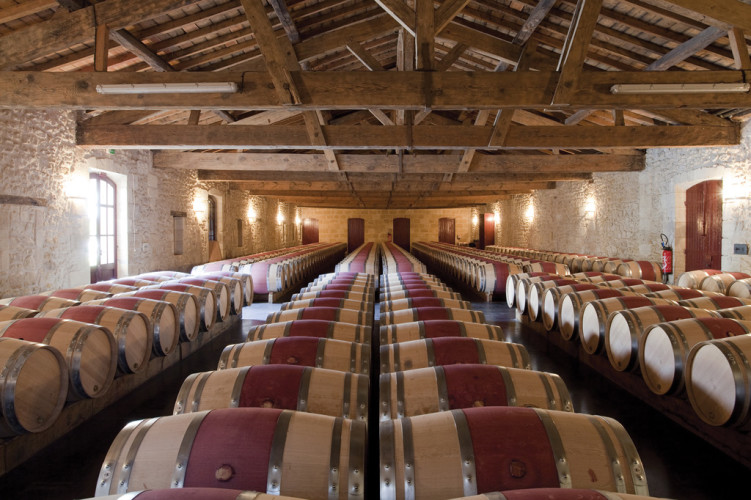 A region where producers were once known for using 200% new oak, Bordeaux has long championed the barrique. But at a time when winemakers around the world are looking to alternatives for ageing wine, we talk to a handful of Bordeaux’s leading names, asking whether their love affair with the barrique is over

In some parts of the wine industry, oak has almost become a dirty word. Many winemakers eschew its use, seeing it as something that homogenises varieties and styles with its overbearance, given its potential to dominate a wine’s final flavour. The use of new barriques in particularly has become less and less popular in varieties that are more prone to oxidation and whose delicate aromatic nature is lost to the perfume and spice of toasted oak. This certainly seems to be the case for the Italian varieties Sangiovese and Nebbiolo, for which there is a decided swing back towards more traditional, larger, old oak vessels that do not impart oak flavour to the wine.

Although Burgundy’s Pinot Noir and Chardonnay have a great affinity to new oak, its use is declining significantly. Today in the world of fine wine, terroir is the trumping card and if new oak is a barrier, then its use starts to be questioned – but the Bordelais have long been strong affiliates to long ageing in barrique and the additional complexity that this brings wine.

Amongst Bordeaux’s elite, there remains a strong endorsement for the continued dominance of oak. Hugely influential producers such as Ch. Margaux have no qualms about using 100% new oak. Winemaker Philippe Bascaules believes criticisms of overusing new oak are due to “the weakness of the wine” – rather than the power of the oak. For Bascaules, “The most important quality it brings is the evolution of the tannins,” – and this is something he is not willing to give up. After many years of experimentation, Ch. Palmer’s Thomas Duroux (another of the region’s leading names) also believes the oak barrique is the vessel that best develops the tannin structure of a wine. For him, the 225-litre barrique provides the perfect ratio of wine to wood and level of oxygen exchange for “building the wine”, and thus creating more structural complexity.

But for some vignerons, new oak does has its limits. Duroux himself is well aware of new oak’s ability to overpower other flavours and he tries to maximise structure, while not losing the primary fruit character and aromatic complexity of the wine during oak ageing. He has come to his own conclusion that the best approach is to age the wine in two phases. From November to July, he ages the wine in 225-litre barriques (either new or one-year-old oak). Then from the July after harvest to the following July, the wine is transferred to larger oak foudres (2,900-litre barrels). Duroux describes this second phase as, “the refining period, where the wine becomes more integrated, more delicate – without taking on oak flavour or oak tannin”. He started trialling this method in 2017 and now Palmer has 20 foudres in operation. For the 2020 vintage, 30% of the wine has been aged this way. 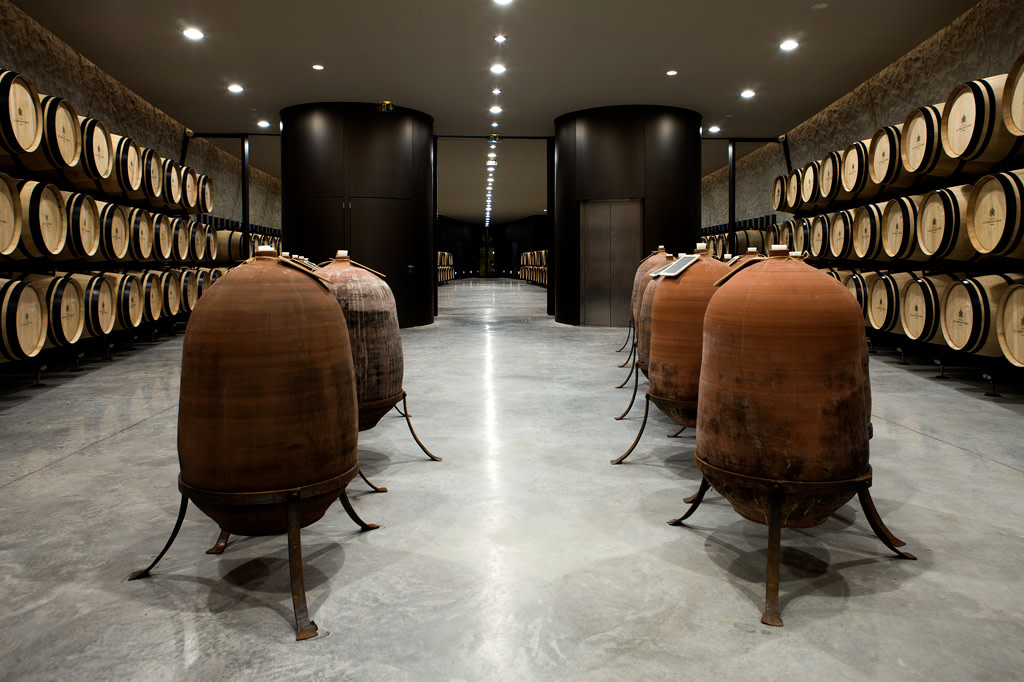 Bruno Borie (Ducru Beaucaillou), however, feels that the reason for using new rather than old oak is often misunderstood. It is not the flavour that is important, but the cleanliness of the vessel. With wines such as the reds of Bordeaux, where pH levels are fairly high, it only becomes more important, since the wines are prone to bacterial spoilage, something that plagued the region in the 1980s and ’90s.

“We don’t sell wood, we sell wine,” Borie says. “We just use new wood because it is clean and sterile.  Brett [Brettanomyces, which causes bacterial spoilage] is so dangerous.” Older barrels are difficult to clean effectively after use, agrees Margaux’s Bascaules, and when a barrel is beyond a year old, the risk of microbial spoilage simply becomes too high. For Duroux, the older barrels also develop a sulphate compound which can “dry out the wines”.

Oak flavours are undoubtedly integral to the flavour of Bordeaux – but even its strongest supporters are today more open to understanding and better controlling its effects. Although Bascaules has no plans to change how Margaux is made, he is excited to learn what the wine would taste like without oak. Over many years working at the château, this is something he has never experienced and still does not know. He has plans to experiment with glass amphorae, the idea being that by knowing what Margaux tastes like without oak, it will help him better understand how different elements bring flavour to the wine. “Many flavours people assume are from oak are not,” he says. “Cabernet Sauvignon, for instance, can produce coffee-like flavours. Often it is the reaction of oak and fruit that creates the flavours together.” Using these new glass amphorae will bring a better understanding of Margaux’s DNA – or at least this is what he hopes.

Borie also notes that long oak maturation is essential for extending the ageing potential of the wine, something alternative vessels simply cannot do. “We make wine for collectors, wines that can be cellared for decades. Bordeaux’s ageing potential is very important, it is one of its signatures,” he says. Since 2003, Borie has extended the time Ducru Beaucaillou spends in oak from 12 to 18 months to further extend the wine’s longevity. “Longer maturation in oak brings a special textural complexity, a different level of integration – a melding of tannins,” he explains.

But there are others in Bordeaux committed to oak alternatives. One of the region’s top châteaux that has made a significant switch from oak is Ch. Pontet-Canet, which has been ageing 35% of its wines in concrete amphorae since 2012. For Pontet-Canet’s Justine Tesseron, “Too much oak hides too much of the fruit flavour.” The clay amphorae, she feels, “help to keep the freshness of the fruit and keep the purity of the wine”. Happy with the results, Tesseron is considering increasing its proportion in the future, convinced they aid them in retaining “a pure expression of what the terroir is giving us”. 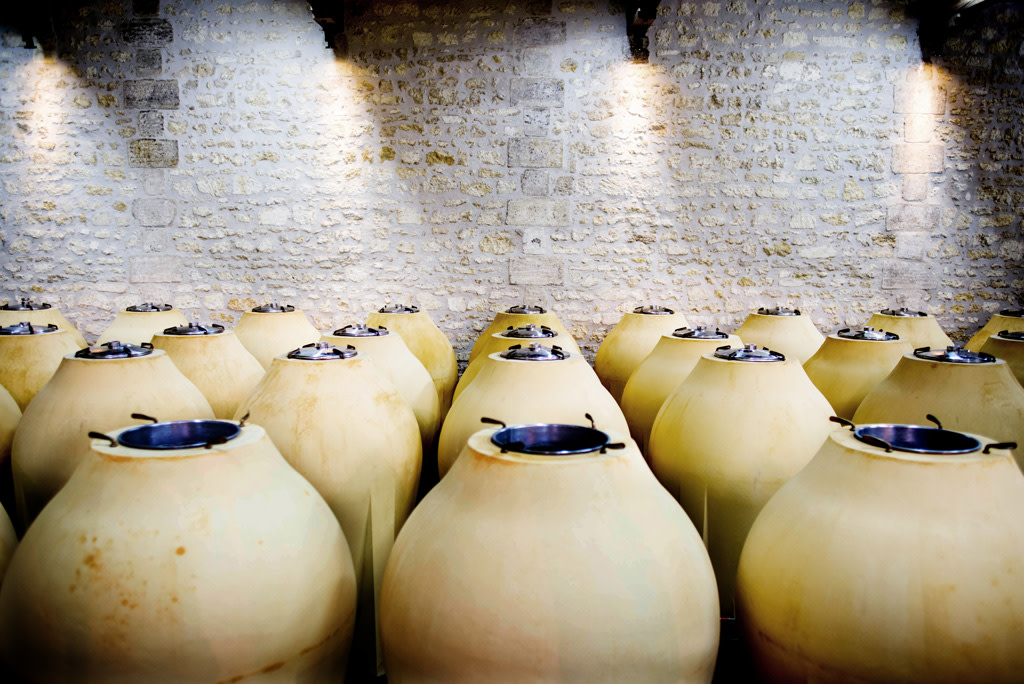 But no one in Bordeaux is giving up on the oak barrel altogether. In fact, the strongest advocates of alternative vessels tend to think a combination of both is where you can achieve the most complexity. Guillaume Pouthier from Ch. les Carmes Haut-Brion is known as one of the more experimental vignerons in Bordeaux and was amongst the first to introduce clay and glass amphorae as an alternative to oak. He feels clay in particular is “very interesting” as it allows the same oxygenation as barrels but you keep the “freshness, you keep the first aromatics of the wine”. He has some 2018 still in clay amphora and it smells like it was just picked.

Ageing wine in glass containers, however, sees no exchange with oxygen, meaning “the tannins don’t evolve” and the resulting wine is “very pure”, something which he feels adds energy to a blend although can risk making the wine “too hard” if there’s too much. For Pouthier, small proportions of wine aged in clay or glass brings additional complexity to the wine, working in combination with oak-aged wine.

Despite these tentative steps into alternative vessels, some have been less than impressed with their experiments. Bruno Borie comically uses history as his guiding light: “Amphorae were used prior to the Romans. But the Romans introduced oak because they saw it as an improvement – they chose the gods of the forest. Being ancestors of the Romans, we should do the same.”

For the top growers in Bordeaux, such as Ch. Lafite, oak still remains an incredibly important element in their wine. With their own cooperage on site, they produce 90% of the oak they use each year, with the Grand Vin typically seeing 90% new wood. Lafite’s Jean-Sébastien Philippe believes that in addition to building volume in the wine, oak also adds important “aromatic and flavour complexity”. These additional layers of flavour are down to the skills of the cooper and, for him, are something that should be celebrated. “Light and delicate toasting – not vanilla or coconut – but toasted spice adds complexity to the wine,” he says.

While Cabernet Sauvignon clearly has a great affinity to the barrique, Cabernet Franc and Merlot seem to have better results with larger oak foudres and amphorae. Nicolas Glumineau at Ch. Pichon Lalande is going to start trials with glass and concrete, having been really impressed by wines, in particular, aged in glass. “The more structured the wine, the better it is in terms of definition and tannic structure. I was impressed with the results with Merlot, but the Cab Franc was stunning,” he said. 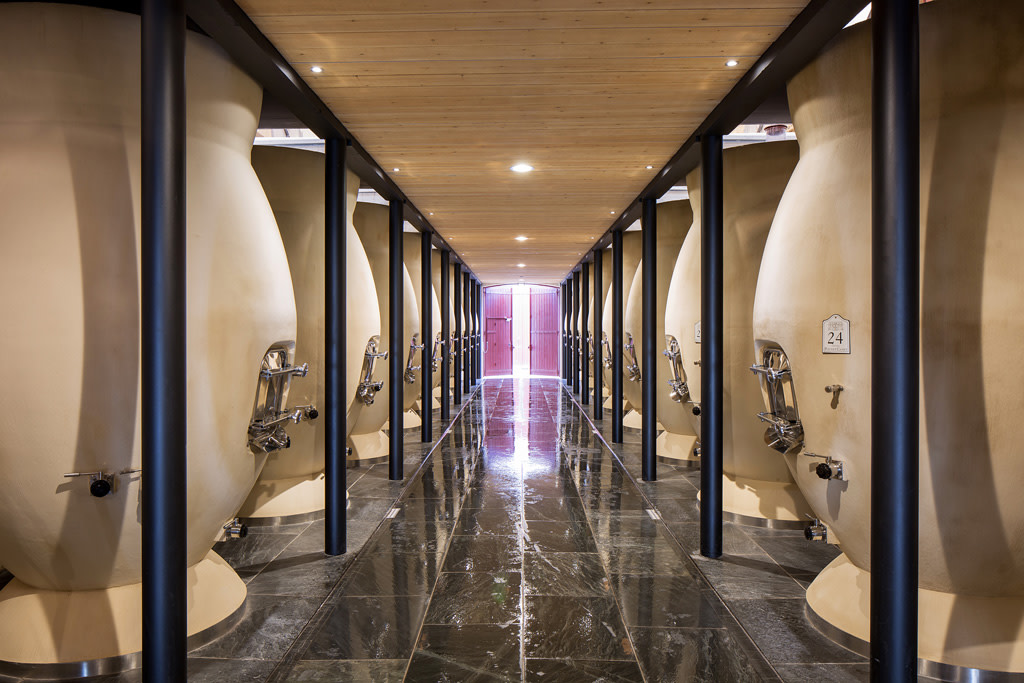 Pomerol’s Ch. l‘Evangile is experimenting with ceramic jars, which they believe not only “preserves intensity, purity and freshness of the fruit, but causes a vortex [within the vessel] constantly moving the wine around, resulting in more contact with the lees, that brings a more rounded, silky texture to the wine” .

While their influence remains minor in the final assemblage, these new amphora advocates are convinced that their judicious use adds complexity to their wine – and oak alternatives look set to become a permanent fixture for many in Bordeaux. For châteaux, like L’Evangile, these experiments are happening in conjunction with a reduction in the percentage of new oak in recent years (from 80% to 50% for L’Evangile) and they are not alone.

Overall, despite the healthy levels of experimentation going on in the region, oak barriques still reign supreme in Bordeaux. In their trials with alternative vessels, many vignerons have fallen back in love with the unique properties of the oak barrique. While cement, clay and glass, as well as larger oak, will continue to play a minor role at some properties, it’s unlikely that the barrel will fall from favour anytime soon.

Read more about oak in Finding the balance: the art of the cooper or explore Bordeaux 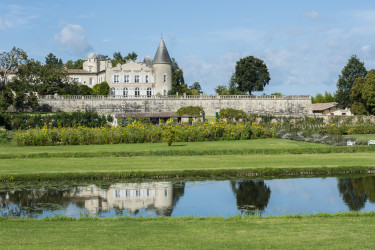