EditorialwinesAdapt or die: dealing with climate change in Burgundy

Adapt or die: dealing with climate change in Burgundy 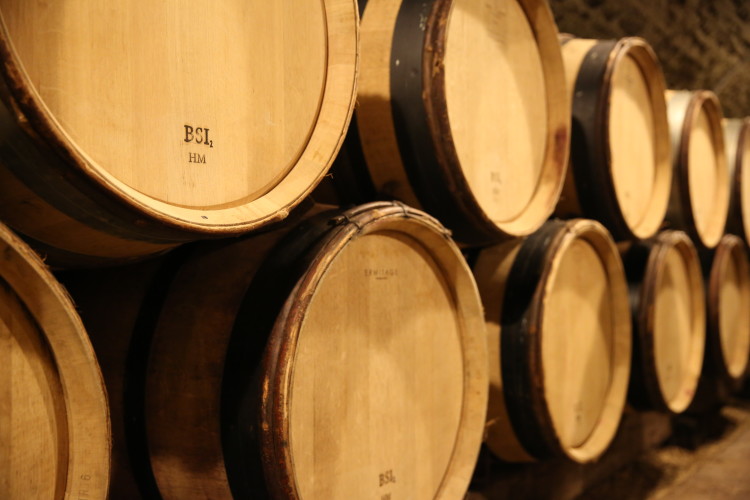 The 2019 vintage was the second in a trio of hot years for Burgundy, the region’s producers fast becoming used to what is the new norm. Here Sophie Thorpe looks at how global warming is impacting the Côte d ’Or and what the region’s vignerons are doing to cope with their shifting climate

While global warming is nothing new to farmers – in Burgundy or elsewhere, 2019 feels like it marks a shift, with the threat of climate change suddenly all the more tangible. The year was full of extremes, from an unusual hard frost in April to a hot, dry season that really challenged vines – and growers. But in a region where tradition reigns supreme, where the way in which producers farm their vines and make their wines is passed down from generation to generation, evolution is now imperative – and, as Mickaël Haratyk of Domaine Joblot lamented, “Some producers don’t change.”

Harvest dates have gradually been creeping back, and – as Frédéric Weber at Bouchard explained – “It’s more and more difficult to pick a good date.” In 2020, Burgundy saw some of the earliest harvest dates on record – often extremely similar to those of 2003. Joseph Colin pointed out, however, that August harvests aren’t new – in 1553 producers started picking in Meursault on 14th August. He argues that the region has always had periods of warm weather that lasted 20 to 30 years; it’s a cycle. The question, however, is how long the cycle lasts – and whether growers or the vines can make great wine with fruit that is picked on 1st August. Haratyk echoed this sentiment, noting that harvests today are a month earlier than 25 years ago; with that pace of climate change, it’s hard to imagine what things will be like in another 25 years’ time.

The focus for growers used to be on getting enough sugar ripeness, with chaptalisation almost rote in decades of yore, but now it’s about retaining balance in the wines. The decision of when to pick is driven by acidity levels, to retain the essential freshness and elegance that defines fine Burgundy as we know it. At Joblot, there was a time when 11.5% potential alcohol equated to fruit that was ready for picking; now it is naturally never less than 14%. They know they’ll have the necessary sugars and maturity (with phenolic ripeness achieved easily), the challenge is to make sure nature’s generosity is off-set by the requisite acidity.

But what else are the region’s vignerons doing to adapt to a new, warmer Burgundy? In the vineyard, producers can look at how they manage between the rows: ploughing is increasingly avoided, as it releases valuable moisture from the soils. The use of cover crops is another consideration; while they can help avoid erosion and preserve top soil on slopes, they also present a rival for precious nutrients and water. Growers can delay pruning, which in turn can delay budburst, helping to limit the impact of frost on the vines. 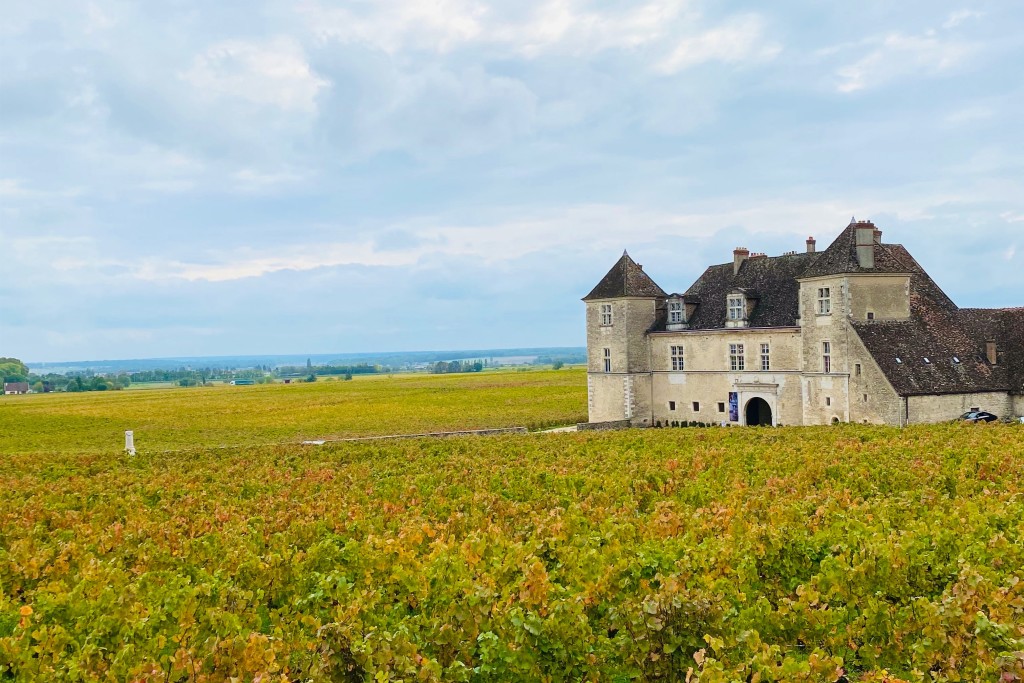 Something that many producers emphasise is the importance of a thicker, taller and leafier canopy. While once vines would have been trimmed neatly, and leaves stripped to allow the sun to reach the grapes and aid ripening, today producers are limiting this work, wanting to shield grapes from the heat and limit their exposure. Charles van Canneyt, for example, still trims his vines, but lets them grow higher than he used to, and doesn’t leaf-strip at all. At Joblot, they work with a thicker canopy these days, and let the lateral shoots – that previously they’d have trimmed – grow freely. However, a thicker canopy brings its own potential problems, as Philippe Jouan noted, explaining that oidium (powdery mildew) is now the biggest issue in the vineyard. A thicker canopy means less airflow, creating a more humid environment within the canopy and therefore disease pressure.

Many producers believe that mature vines are key – their deeper root systems able to reach water reserves, and with age are thought to gain a natural stability, enabling them to withstand more extreme temperatures. Marion Raphet (Domaine Gérard Raphet) explained how her old vines were so much more resistant to the rising temperatures; noting that even in a year as hot as 2020, the old vines were still green when we visited in mid-October. But some producers have seen old vines struggle in the dry conditions of 2019 and 2020. Benoît Stelhy at Georges Lignier, a proud proponent of permanent grass grown between his vines, saw his old vines seriously impacted by water stress, with the resulting yields so unviably low that they have made him seriously question the way he is working. He is now wondering if perhaps having intra-row grass cover is more important in young vineyards, where their natural vigour needs to be countered by competition.

In the winery, there are plenty of benefits to the riper fruit: there’s no need for chaptalisation, and it is in general easier to extract colour, tannin and flavour. However, that same ripeness and the associated lower acidity levels, can pose problems. As Chantal Tortochot explained this year, above 13% alcohol, natural yeasts can struggle – meaning that we may see more commercial yeast (which can guarantee wines ferment to dryness) in use. The higher pH of these musts also increases the risks of bacterial spoilage, hence producers need to be particularly careful handling them – with hygiene, temperature control and/or the careful use of sulphur of increasing importance. Benoît Stelhy described how he is trying to recreate the cold of yesteryear’s winters; he cools his wines before putting them into barrel, therefore delaying the onset of malolactic fermentation (as the region’s cool temperatures would naturally have done after an October harvest). By doing so, he can avoid adding sulphites at this stage, feeling the wines can therefore benefit more from micro-oxygenation in barrel, before malolactic fermentation takes place when the wines naturally warm up in the spring.

But these measures will only work in the short-term; as the region warms further, producers need to start looking further ahead. Re-planting vineyards with rootstocks better suited to today’s climate is likely to be necessary (not to mention considering other issues posed by current rootstock selections). “The vines that are in their prime today,” William Kelley explains, “were planted with a view to early ripening in a marginal climate; in much warmer conditions, the choices of rootstock and vine genetics made in the 1970s, 1980s and 1990s – even by producers aspiring to high quality – are close to the opposite of what’s required today.” Such a shift, of course, takes time – with the need to leave vineyards fallow between re-planting for several years, and a minimum three-year wait for vines to produce fruit, or longer for fruit of serious quality. 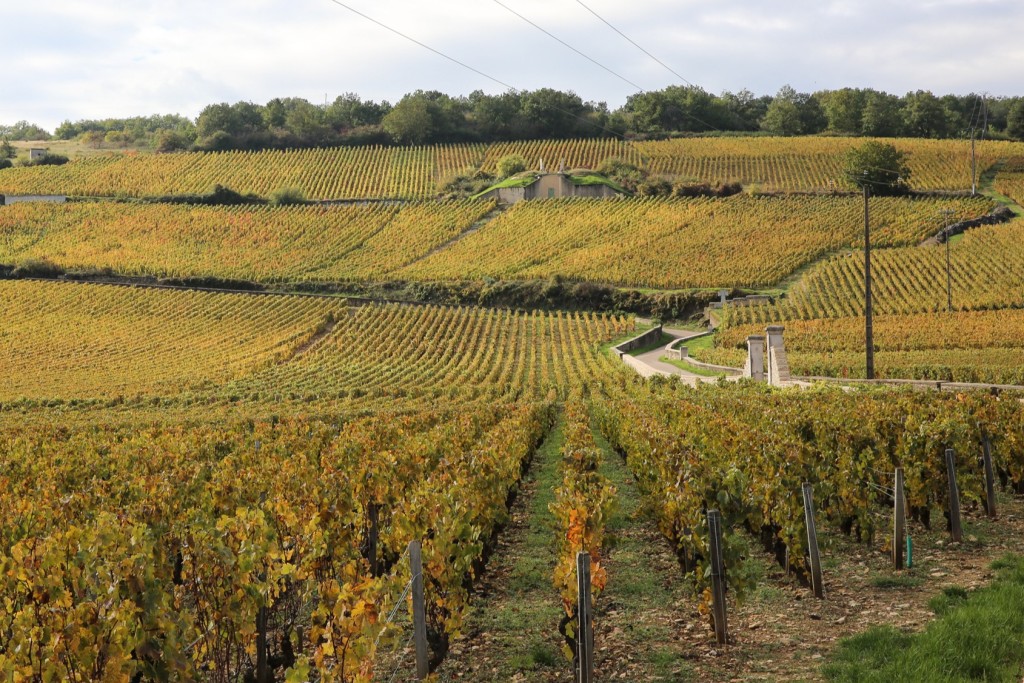 A view across Vosne-Romanée

Experimental plantings of Syrah and Malbec in the region feel a little ahead of the curve, but there will certainly be a need to adapt clonal selections. The rise in the popularity of Aligoté – frost-resistant, early-ripening and high-acid – is no coincidence, and some suggest that it could be a solution for retaining freshness in the region’s whites. Small percentages of Aligoté and Pinot Blanc were once planted amongst the Chardonnay in even the grandest of Crus, and it’s something William Kelley would like to see make a comeback, feeling it “would help white Burgundies retain the tension and acidity we prize so highly”.

As the mercury rises, we’re already seeing a shift in the sites that thrive. Until now, many of the sites considered the “best” are mid-slope with good exposure and drainage, basking in the sun, often with relatively little topsoil; increasingly this simply isn’t what is needed in the climate. “The big winners are places such as the Hautes-Côtes,” Kelley explains, “which are today enjoying a climate that’s very similar to what the Côte de Beaune and Côte de Nuits experienced in the 1990s.” Gros Frère & Soeur has even planted a plot of Pinot Noir at the very top of the Côte, beyond the limits of the Burgundy appellation, at altitudes that would once have been impossible. Plots that were once unviable now are, and sites previously deemed “lesser” for their cool, marginal temperatures are being favoured. Similarly, sites with deeper, more clay-rich soils, with greater waterholding capacity, are becoming more desirable with drier conditions. As Benoît Stelhy noted in 2019 and 2020, Clos Saint-Denis with its poor soils struggled more than, say, Clos de la Roche. Alvina Pernot noted that two of her parcels either on the edge of or in the middle of forested areas (Meursault Premier Cru La Pièce sous le Bois and Puligny-Montrachet Premier Cru Clos de la Garenne) are shielded from the sun, preserving acidity and freshness in the wines. The long-term viability of some sites, however, is hanging in the balance.

Producers are increasingly aware of the threat that climate change poses. As Charles van Canneyt explained, at the moment they are only seeing the benefits – with riper fruit and more concentrated musts – but they’ll need to learn how to handle, and battle, the negatives too. While the future might be uncertain, producers are slowly but surely adapting. As Benoît Stelhy noted when discussing the benefits of organics, it’ll do for now – but does it give an answer for tomorrow? “We have to go further,” he said, a sense of urgency in his voice. It’s a call to arms, and one that producers will have to follow. For now at least, the wines are arguably better than ever; let’s hope that will long be the case.

Browse all the latest Burgundy 2019 releases 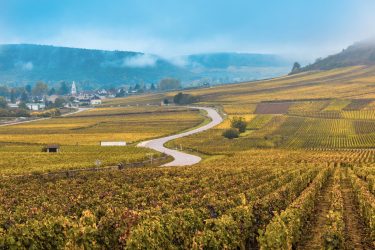