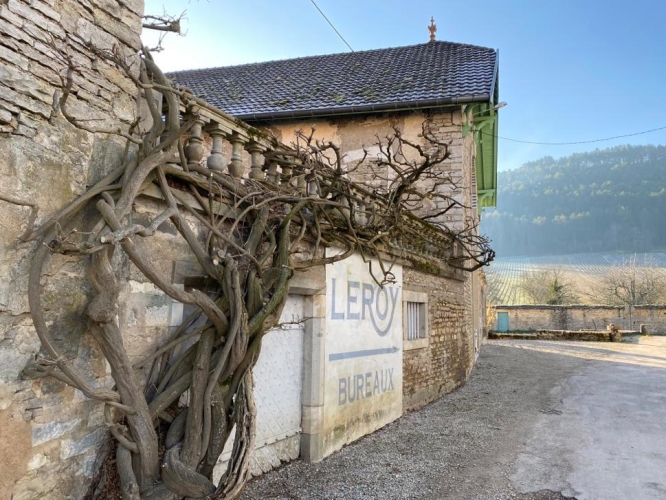 Last week F+R was back in Burgundy for our annual visit to Domaine Leroy, making our selection from the new Maison Leroy 2020 Collection, due out in the next few weeks. This year we were also able to taste some of the latest Domaine d’Auvenay releases as well as a rather special bottle of 1926 Auxey Duresses from Maison Leroy.

We caught up with Lalou on all the latest developments at Domaine Leroy and discussed the 2019 vintage, which is set to be one of the lowest yields she has ever produced in the Cote de Beaune.

There are some fantastic wines this year from both Domaine d’Auvenay and the Maison Leroy Collection, including a mixed vintage red, coming exclusively from vintages in the nineties, predominantly 1999, originally released to celebrate the millennium.

On arriving in Burgundy we headed straight to Maison Leroy situated in the village of Auxey Duresses. There we met with Frédéric Roemer and Gilles Desprez (Lalou’s right hand men) to taste the wines destined to be released as part of the Maison Leroy Collection later this month. The range this year is smaller than usual but what its lacks in volume it makes up for in quality as well as variety.

The wines as always were selected by Lalou, based on them all entering into their ideal drinking window with the youngest vintage of white being the 2012 Puligny Montrachet 1er Cru and a selection of reds from 2003 – Maranges, Aloxe Corton and Chambolle Musigny 1er Cru. Two exceptional non-vintage releases are also included in the collection this year, a mixed vintage white wine called “Fleurs de Vignes” and a mixed vintage red called “Hommage à l’An 2000”. This marks just the second ever release of “Fleurs de Vignes” (the first bottling of this blend was released in 2015) and is composed of three different vintages of Bourgogne Blanc blended with Puligny 1er Cru Champ Gain. The “Hommage a L’An 2000”, is a unique Pinot Noir blended by Lalou, originally released in 2004 to celebrate the millennium, comprised of a mixture of Bourgogne Rouge cuvees and a number of unspecified village crus, all exclusively from vintages in the 90s with the majority of the wine coming from the 1999 vintage. This special bottling will come with a gold capsule and each bottle is individually numbered.

Complex nose with both fresh red berry fruit aromas complimented by more earthy, savoury, forest floor and dried cigar leaf notes. Lovely density on the palate with a broad fruit spectrum from candied red berry to savoury dried leather and animal notes. Very elegant on the finish and lots of vibrancy too.

Superb nose, very expressive with aromas jumping from the glass; rich, yet retaining nice stony minerality. In the mouth there is an explosion of flavours and a lovely creaminess in texture, progressively building on the palate. This is beautifully dense, lactic and mouthcoating, clearly punching above its classification. Sumptuous, precise and a long length. This has to be one of the most impressive Bourgogne Blanc out there.

Another highlight this year included the Volnay 1er Cru 1984, which although was one of the most difficult vintages in living memory, this wine was really stunning and a benchmark for the Volnay terroir.

There is a charming, elegant perfume to the nose, exuberant, opulent with rich wild strawberries, raspberry, kirsch notes, dried herbs and wild mushroom with a touch of rusticity too. The nose is hypnotic in its perfume and the palate is equally so. It has a very elegant mouthfeel as the fruit aromas continue to the palate and finish with a lovely salinity. This is a wonderful wine, quite extraordinary!

Prior to our visit to Domaine d’Auvenay, we had a quick opportunity to visit the Leroy cellars, an extraordinary collection of ageing bottles, awaiting release, including Batch 001 – the last remaining bottles of 1919 Auxey Duresses. These are the oldest Leroy bottles in existence in their cellar. 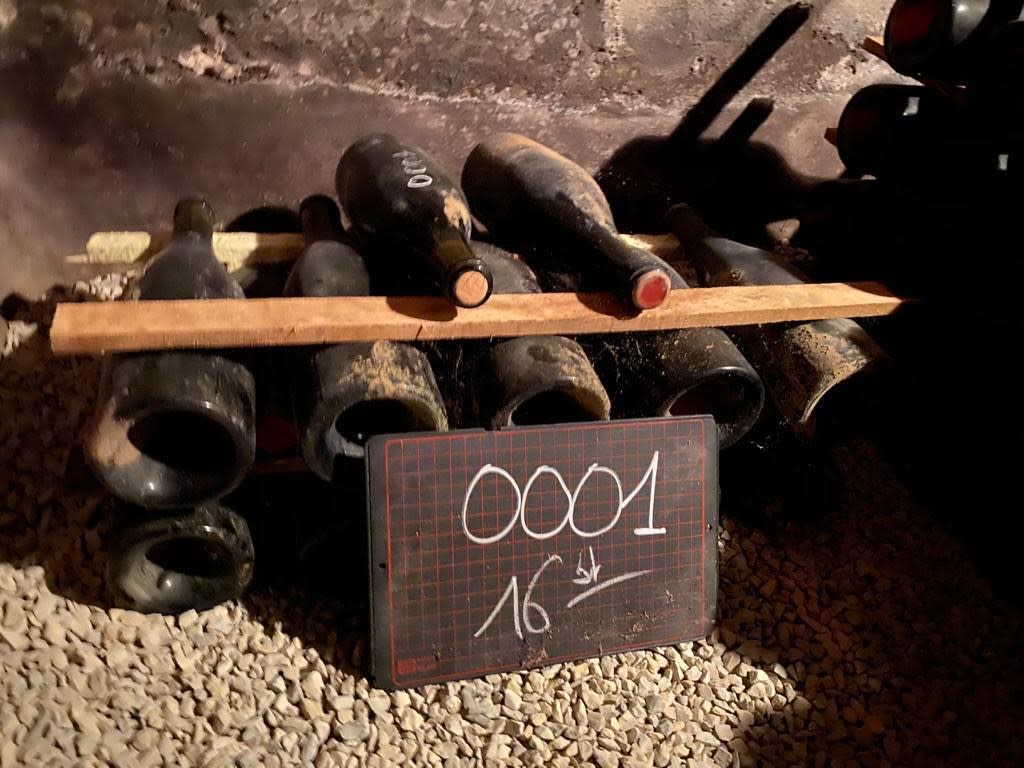 Domaine d’Auvenay, is a 20-minute drive from Maison Leroy based in the village of Saint Romain. Here we were greeted by Lalou and her two dogs Nine and Nais as well as a lunch with a few bottles from the latest selection of Domaine d’Auvenay wines also due to be released this month.

We were soon talking about the latest 2019 vintage and Lalou starts laughing about how stupidly low the yields were. The heat and drought of the vintage meant production was significantly down. In fact, the yields were some of the lowest she has ever seen! Most cuvees in 2019 at Domaine d’Auvenay amount to just 1 barrel of each! For the Criots Batard Montrachet she produced less than 100 litres! Despite the pitiful amounts produced, she is extremely happy with the quality and unbelievable concentration.

Leroy and d’Auvenay’s vineyards remain incredibly easy to spot in the Cote d’Or due to her unique pruning methods. She wants to create the highest vines possible rather than hedging the vines which she believes stresses the vine too much and affects the pollination the following year. Lalou admits the process is incredibly high maintenance and requires an extensive full time viticultural staff to manage. She has up to 60 staff working for her during the season across Leroy and d’Auvenay. Whilst her neighbours have warmed to her philosophy (initially many thought she was crazy), few have followed suit, not being able to justify the running costs of such methods. 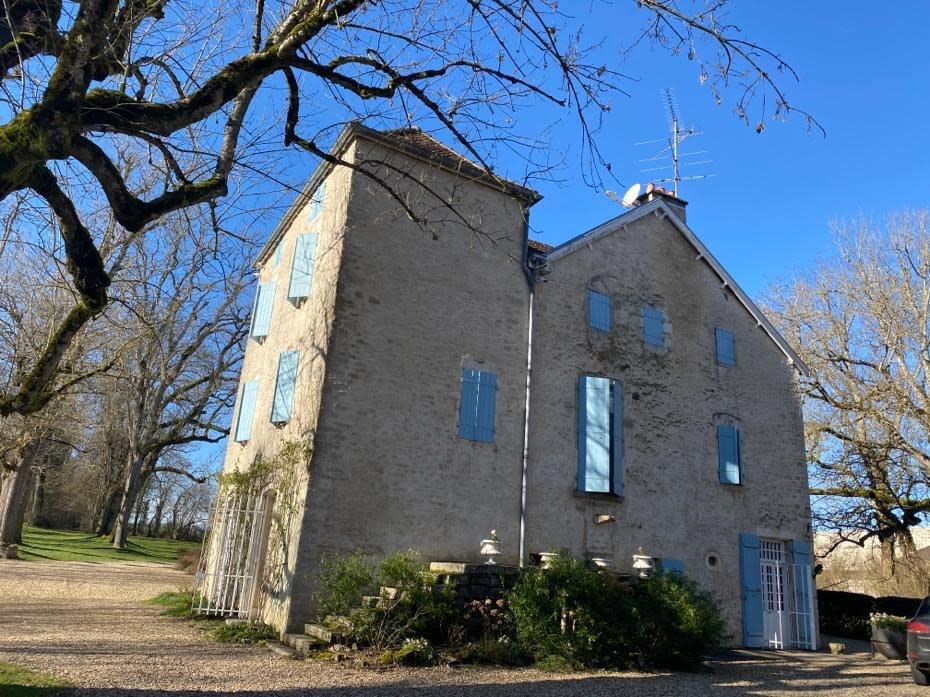 Domaine D'Auvenay Since the 90s Lalou has been carrying out analysis on her soils, conscious of the effects of her neighbours using chemicals as another viticultural shortcut. Fortunately, the results she has received shows that the impact from neighbouring plots on her own is marginal and her soils were in good shape and using biodynamic organic farming since establishing the domaine in 1988 has seen the soils improve year after year.

The whites we tried from Domaine d’Auvenay were the Meursault Narvaux 2009 which had an utterly captivating nose, so expressively full of toasted nuts, baked bread, white flowers and matched by a great texture both rich and creamy yet so mineral, so elegant, so precise. This was followed by the exceptional Meursault Gouttes d’Or 2007. The Gouttes d’Or is one of Lalou’s favourite terroirs and one of the most recognisable, stating it has this beautiful alliance of freshness and richness, always retaining a vibrant backbone of acidity but enveloped by a rich, butter-like texture.

These whites were followed by d’Auvenay’s epic Mazis Chambertin 2002: deceptively elegant and subtle on the nose and enormous on the palate. The breadth of the wine is stunning, mouthfilling supported by powerful yet utterly refined tannins. As you coax the glass, aromas of rich dark berries allied with an ethereal floral bouquet joint with freshly grounded coffee, mocha, dark spices and a hint of wildness too. It's an emotional palate where flavours come from all direction but there is a real sense of harmony with the complex flavours coming together in the glass. It has epic length and is just approachable now but possesses enough texture and weight to evolve for at least 20 years.

Whilst tasting bottles of Domaine d’Auvenay is an unforgettable experience, the tasting was topped by a very rare bottle of Maison Leroy Auxey Duresses 1926. It turns out that this bottle was one of a case presented to the legendary Chef Paul Bocuse for his 50th birthday by Lalou in 1976. It was in fact the last bottles of the vintage from the estate. F+R came into possession of the bottle from an auction in Lyon following his death last year. We thought who better to share the bottle with than Lalou herself. 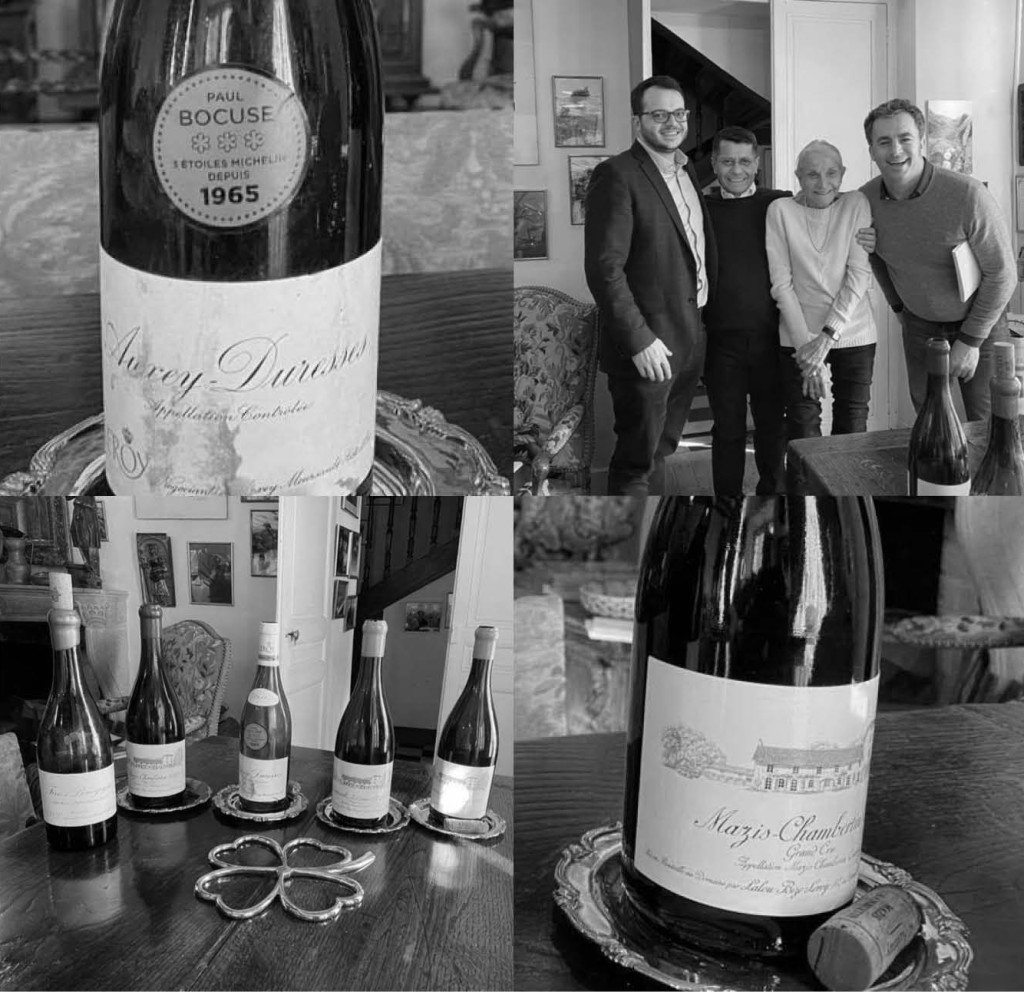 Lalou started to recall 1926 was in fact a pretty difficult vintage and that very little wine was made that year. Yet on tasting the wine, it was extraordinary, really something quite exceptional. As we tasted the wine throughout the lunch it continued to evolve and improve rather than deteriorate. It was incredibly stable in that sense and multi-faceted, every time you put your nose in the glass there were different aromas. It retained its structure right through the lunch and held up brilliantly against the d’Auvenay Mazis Chambertin 2002.

It is also even more special since these Pinot Noir vines have since been replanted with Chardonnay vines and thus the wine has not been in existence since then. Today this vineyard produces Domaine d’Auvenay’s Auxey Duresses Les Clous Blanc. It was one of the original vineyards that belonged to her father and therefore one of the most treasured by Lalou.

Asked about her favourite wine (surely a question on everyone’s lips!) she replied without hesitation “1955 Chambertin”. Asked why, she replied simply “because it is my favourite”. A fair enough response and typical of Lalou’s unpretentious approach when tasting these remarkable wines. She admits she really loves drinking aged white Burgundy and was keen to prove why during the now legendary tasting in 2018 where she opened white wines dating back to the 1940s and inviting the world’s leading wine critics to the domaine.

She wanted to show them how aged white Burgundy should actually taste. She states that the whites from the 1940s were tasting 20 – 30 years younger than they were thanks to the quality of the wines and the perfect cellaring in the very humid cellars at Leroy. The incredibly stable temperature in the cellar further helps create wines of remarkable stability and ageing potential. Following the tasting, Antonio Galloni commented “To say these are among the greatest wines I have ever tasted seems superficial.”

Before leaving we discussed with Lalou the latest Maison Leroy Collection 2020 release, which she is very proud of. She still, to this day, hand selects the wines herself. Courtiers bring her wines to try from every appellation and under no contracted obligation she simply picks the wines she feels are the best and represent each appellation most truthfully. Given how well the wines then go on to age at the Leroy cellars is proof of her abilities and the strength of her palate. With 65 years experience of selecting wines for the Collection, her encyclopaedic knowledge of Burgundy makes her a true savant of the region. 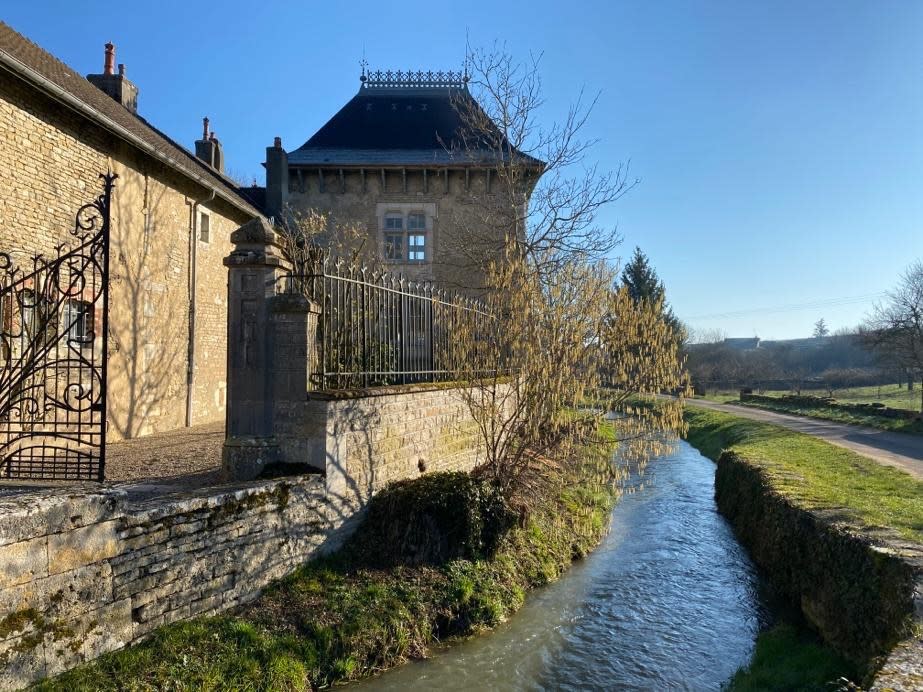 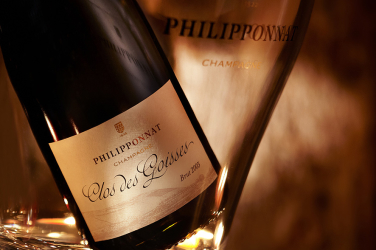