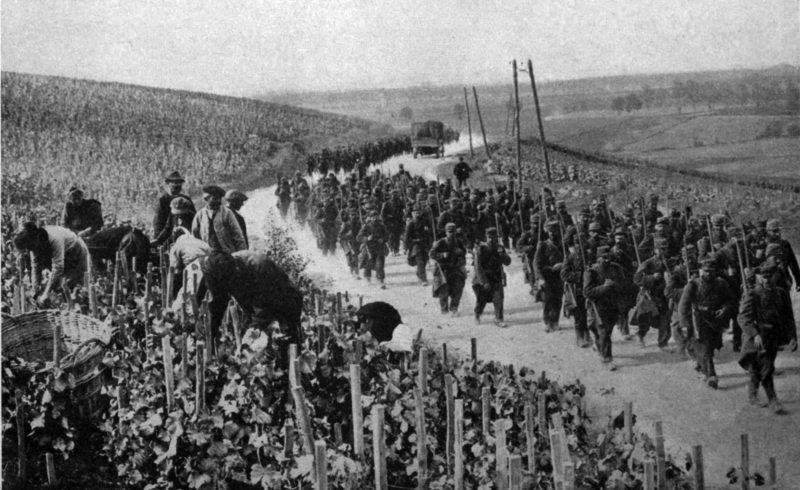 France's prime minister declared that his country was at war with an "invisible, elusive" enemy at the start of an unprecedented lock down this month but a century ago, the enemy was clearly visible. The 1914 harvest was approaching for the growers of Champagne, but the German army also loomed large on the horizon.

In a series of articles Rebecca Gibb MW looks at how historic events in the last century affected the world of fine wine.

In the opening months of World War I, as the grapes approached ripeness, the Germans entered the Marne Valley in a bid to inflict a quick defeat on The Western Front. Having entered both Reims and Epernay in early September, the French launched a counter-offensive, pushing back the Germans with losses on all sides exceeding 150,000 men. Champagne remained a battleground for the duration of the war: in the forest above the village of Verzy on the Montagne de Reims, a general commanded the French fourth army, using the high vantage point as an observation post.

The producers of Champagne badly needed an abundant harvest with stocks in the summer of 1914 at critically low levels but the region's men had been mobilised, leaving those left behind –  the elderly, women and children  –  to gather the crop they so desperately needed to the sound of gunfire. "Shortages of money, materials, transport and labour were the prevailing obstacles for everyone in the region...and with only ten days in which to organise the harvest after the German retreat, time also became a factor. Additionally, the enemy continued to shell many of the villages to the north of Epernay," writes Cynthia Parzych in Champagne Pol Roger's official history.

The harvest began on 21 September and continued into October. There was no luxury to wait for so-called optimal ripeness, it was a case of picking when possible and the bracing acidity imbued it with longevity.  Benoît Gouez, the chef de cave of Moët and Chandon, which teamed up with Sotheby's to auction several bottles from the 1914 vintage in 2013, says, "the harvest was brought forward due to the war, and the wine took a long time to develop but today it is truly remarkable."

However, there were casualties in the vineyard during the collection of the 1914 harvest, including children picking in their fathers' absence. The enemy had only retreated to the outskirts of Reims and continued to rain fire on the city over the course of the next four years. Its majestic thirteenth century cathedral, home to coronations for 600 years, was heavily shelled, leaving only the walls standing. The once-bustling streets were left in ruins: just forty of the city’s 40,000 houses remained standing while vineyards in the Reims area were heavily shelled; craters soon replaced vines. 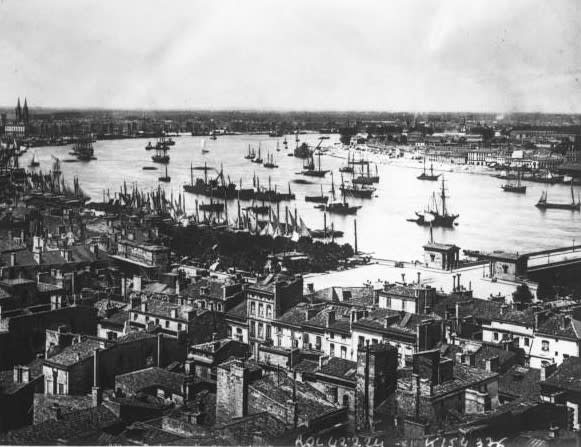 Meanwhile, the French government left Paris at the start of September 1914 and Bordeaux briefly became the seat of national power. Away from the theatre of war, the Bordelais were able to harvest an abundant but relatively average quality crop. A year later, the region's harvest was a wash out: Château Latour, for example, declassified its wine as a 'vin rouge', to maintain its reputation.

The war vintages were relatively small with few hands to keep vineyards healthy and inauspicious growing conditions. However, war was thirsty work: the French government bought a quarter of a litre of wine a day for every soldier from 1916 onwards, amounting to 12 million hectolitres each year so the war years were not the financial disaster that many wine producers had originally feared. The Belgian market closed for the duration of the war and the Russian market for fine wines ceased to exist following the 1917 Revolution. England, however, managed to drink 20,000 cases of champagne every year between 1914 and 1918. The British had clearly taken a leaf out of Winston Churchill's attitude to champagne and war: "In success you deserve it and in defeat, you need it." 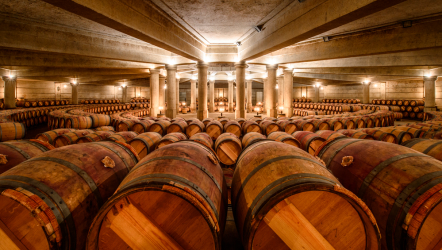