EditorialwinesThe nature of the numbers: Paul Hobbs on alcohol

The nature of the numbers: Paul Hobbs on alcohol 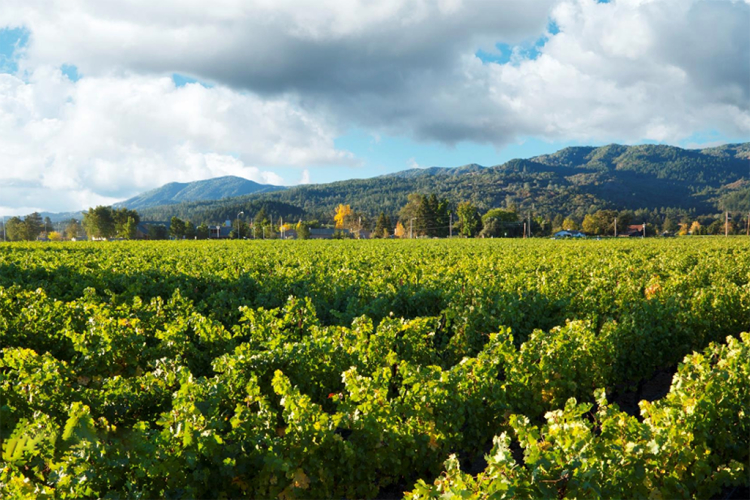 With climate change and the influence of Robert Parker, it’s undeniable that we’ve seen a rising tide of alcohol levels. But there’s much more to the conversation than a simple number – as we discovered tasting and talking with Paul Hobbs, one of Napa’s leading names

Anyone who’s had the misfortune of tasting a de-alcoholised version knows that alcohol is key to wine. Take it away and it leaves a gaping void in the glass – stripping the liquid of body and flavour. Those attempting to craft alcohol-free alternatives look to make up for its absence with sugar or flavourings, but the results don’t come close to the real thing. And of course the very fermentation process is key to complexity – there’s a reason we aren’t collecting single-site examples of even the finest raw grape juice.

But alcohol’s a hot topic – and not just because of any health considerations. Trends and shifts in climate have seen the average ABV (alcohol by volume) inch upwards. Indeed, a report last year from Liv-ex suggested the average alcohol level has leapt almost an entire 1% for both California and Bordeaux since the 1990s. While once 14 or 14.5% might have been the purview only of the New World, it’s rapidly become the norm in Bordeaux.

Rising temperatures are one element, as indeed is technology and know-how – harvesting cleaner, riper fruit and more efficient winemaking. Then, of course, there’s the fashion factor – the pendulum swing, arguably driven by Robert Parker, for bold, ripe, sweet and inevitably high-alcohol wines.

“He loved that weight, that impression of sweetness,” Paul Hobbs tells me. “We jumped on the wagon – but we didn’t know what we were jumping on.” A cult name, Hobbs crafts some of Napa’s highest-scoring and most expensive Cabernets; indeed, Parker named him his Wine Personality of the Year twice.

Born in New York State, the Davis-trained winemaker founded his namesake estate in 1991. He’d started his career at Robert Mondavi (arriving in 1977), working at Opus One and Simi before setting up on his own, with a flurry of personal projects and list of consultancies that has grown ever since.

He openly admits that he got caught up in “Parkerisation”, crafting big, bold wines – no great surprise given the scores, and sales, that followed for those who did. But he’s been pulling back in recent years, and has never quite fit the cookie-cutout for the cult Cabernet crew.

Ever since he first started making his own wines in the 1990s, he’s championed native yeasts (relatively radical at the time), and no fining or filtering. While he embraces oak, he’s always been aware that it’s the quality of fruit in the vineyard, preserved by operating a flawlessly clean winery, that is key to producing fine wine. 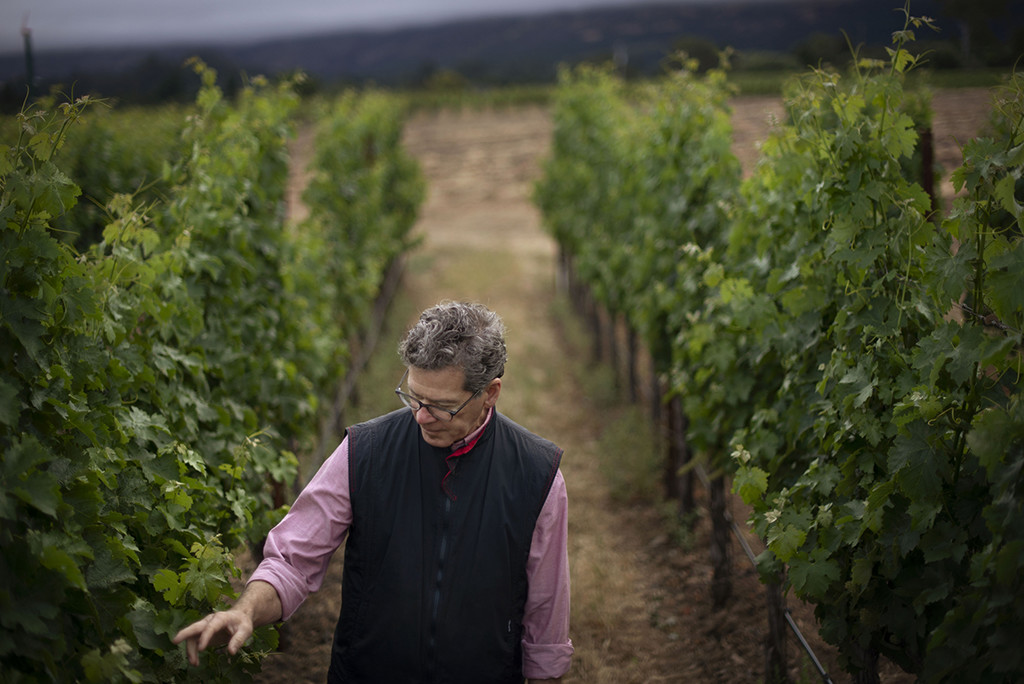 The iconic winemaker assessing the vines at his Napa vineyards

Make no mistake that Hobbs makes rich, plush wines – and the alcohol levels certainly don’t sit at 12.5% – but for him there is much more to alcohol than one number. “I didn’t give much thought to it in the beginning,” Hobbs says. “And there wasn’t really much reason to.” When he was at Mondavi, the wines tended to sit at 13.5% – but then they started to go up. “There was a time when 16% was normal,” he confesses with some amazement.

“Some of these wines were difficult. They didn’t age. They would get tired,” Hobbs says. “But all that took us time to learn – no one had ever been in that domain before.” He notes that there was “a backlash” in the British press against wines that didn’t please the palates of “the Hugh Johnsons, the Jancis Robinsons and Anthony Roses”; a response he clearly feels was a little unjust.

“It’s far more complex than a simple number,” he says. “15 isn’t always 15.” And it’s true – alcohol doesn’t feel the same. How many times have you looked at the label of a wine and been surprised – either for better or worse? Alcohol is one element working in tandem with a wine’s body, concentration and flavour complexity – and there’s no easy figure to tell you how it integrates with these other components.

But there’s another key reason why the same alcohol level can seem so different: the nature of the alcohol. The main alcohol in wine is ethanol (a molecule with two carbons), however fermentation produces other types of alcohols – specifically superior or higher alcohols. Often known as fusel oils – from a German term “Fusel” which is colloquial for low-quality booze – these alcohols have three to six carbons in their molecular form and are significantly more viscous (hence “oils”). While ethanol is pure and relatively neutral, these heavier superior alcohols can – in low volumes – bring flavour, texture and interest. “It’s what makes something more than vodka,” Hobbs explains. Hexanols can add herbaceous aromas; 2-phenylethanol gives a rose-like scent. But they’re also associated with headaches and hangovers. In the world of spirits, these fusel oils are what runs out of the still last – forming the “tails” of distillation, which are used to varying degrees depending on the type of spirit being produced.

“Alcohol is alcohol? Well, yes and no,” says Hobbs. It's high numbers of these superior alcohols, he believes, that can make one 15% wine feel clumsy and lumbering, while another – with lower fusel oil levels – can carry the same ABV with ease.

The production of these superior alcohols depends on many things – yeast strain, temperature, oxygen availability and acidity. In general, red grapes produce more of the compounds (which is partly why spirits tend to use white grapes as their base). But Hobbs thinks it ultimately comes back to the vineyard: he’s started noticing that if berries are heat-damaged, they produce more superior alcohols.

“Our goal is to keep these superior alcohols as low as possible – and that’s just about harvesting not sun-damaged fruit,” Hobbs explains. Under the warmth of the Californian sun, it’s common to get sun damage early in the season, but shrivelled berries tend to fall off nascent clusters of their own accord; more concerning is fruit that can be damaged internally and then won’t go through véraison, which needs to be sorted out. Late in the season, Hobbs and his team look to walk through the vines and cut off any “shoulders” (the side cluster at the very top of a bunch of grapes) that have been exposed. With global warming, this is an increasing threat – and an element of climate change that is only now being considered.

If grapes are sunburnt or shrivelled, they tend to struggle with fermentation, and the stressed yeasts produce more of the superior alcohols. “The wine is going to be fat and heavy on the palate,” says Hobbs. “You can lower the alcohol by adding water – but it doesn’t change its personality.” If the fruit is in good shape – he says – you simply don’t have that issue, even at 15.5%. And those wines, provided they’ve got the requisite balance, age amazingly. 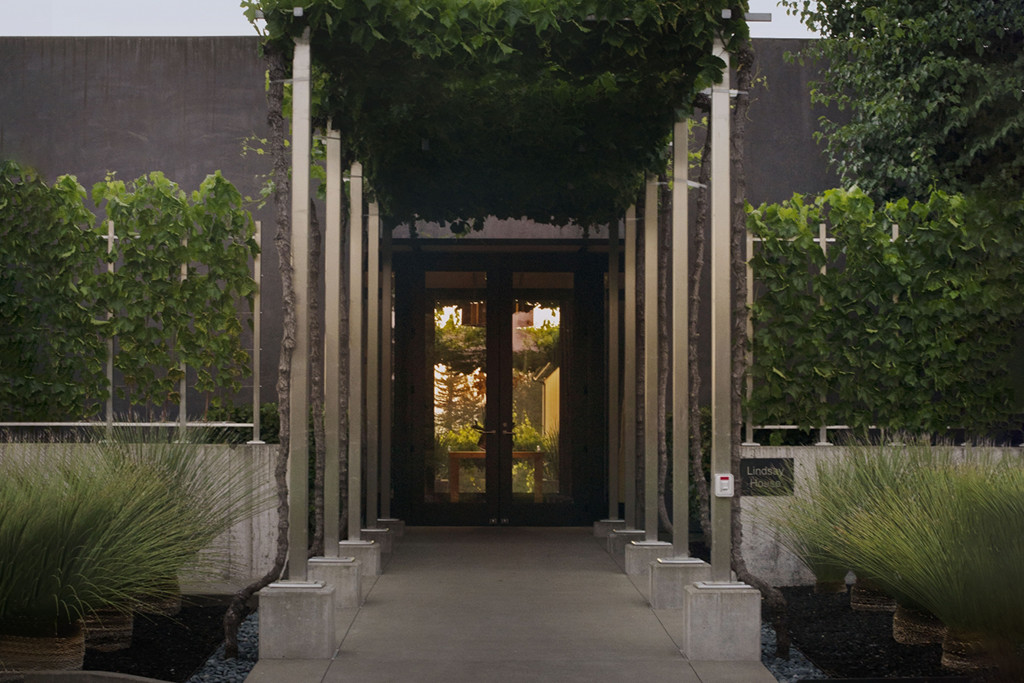 Rajat Parr (star sommelier turned winemaker) and Jasmine Hirsch (of Hirsch Vineyards) founded In Pursuit of Balance (IPOB) in 2011 to champion lighter wines that they felt “weren’t chasing after ratings from wine critics”. These “new California” wines (Jon Bonné published his book The New California Wine in 2013) tended to have lower alcohols and less oak – following the swing of the pendulum back the other way; an anti-Parker effort in many ways. I attended the last London IPOB tasting in 2016, catching the crest of the wave as the movement called it quits – feeling they’d achieved their aim of building the reputation of an alternative California.

Paul Hobbs arguably sits at the opposite end of the California wine spectrum (“Should all wines be 13.5%?” he says to me, “Why is that the magic number?”) – but philosophically, they’re surprisingly aligned. It’s not about the number, it’s about the balance – and Hobbs, like any posterchild of the new California movement, will tell you that the secret lies in the vineyard. The challenge is to farm and pick the perfect fruit – to find the sweet spot between flavour, sugar and phenolic ripeness. As Hobbs says to me, “That’s the dance between man and nature.” Forget the maths; this is farming.

A note on the numbers

Strictly speaking, the alcohol level on any label isn’t exactly what’s in the bottle. For wines sold in the EU and UK (both those made here and imported), producers are given 0.5% leeway – meaning that what’s on the bottle is generally reflective of its contents. In the US and Australia, however, wines sold domestically can differ by as much as 1.5% from the label – meaning a wine labelled as 14% could be anything from 12.5 to 15.5%. 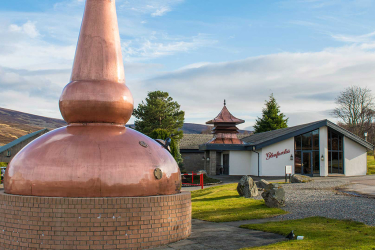 Everything you need to know about Glenfarclas