Louis Jadot is arguably the most consistent negociant house in Burgundy. A company that has managed to straddle both the entry level and fine wine market, whilst retaining respect in both. At entry level, they offer tremendous consistency at a price point rarely found in Burgundy. At the top end, with their Premier Cru and Grand Cru sites, their wines sit comfortably alongside other top producers of these 'hallowed ground' sites. Tasting through just a portion of their vast range of over 250 wines, it never fails to impress how they retain the varied terroirs of each of the wines they produce and, at the top end, produce real 'wow-factor' wines.

Each year, F+R works directly with Louis Jadot to select single casks that we can offer exclusively to our customers. This year we for Burgundy En Primeur 2017 we are thrilled to offer both a white and a red wine from some of the most exciting sites in the Cote d’Or.

The exclusive casks we have secured are:

In general, the 2017 white wines from the Cote d’Or are really exciting. Despite a bumper crop, Chardonnay as a varietal is much better at coping with high yields and the wines have great tension and classic citrus and orchard fruit character. La Romanee with its added terroir-driven minerality and intensity just turns up the volume in terms of energy and concentration. Don’t miss it!

Au Closeau is one of those beautifully positioned vineyards, nestled underneath one of the top Grand Cru sites in the Cote d’Or. It sits directly under Mazis-Chambertin Grand Cru, 280 metres up the hillside, on rocky clay soils. This single site cuvee provides close to Grand Cru quality at a fraction of the price, representing one of the best value Premier Cru sites available on the market. A single expression of this site is a rarity even for Burgundy, since most producers’ land holdings in this vineyard are too small to be able to bottle under one cuvee. As far as we are aware, only one other producer bottles their wine as single vineyard, providing only two authentic insights into the terroir of this well-positioned site.

We will be releasing the first of our two single casks from Louis Jadot in the next few weeks – exclusive to F+R. 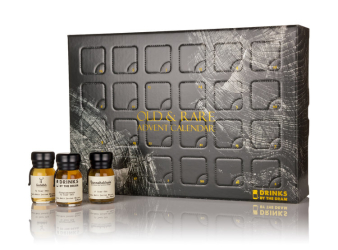