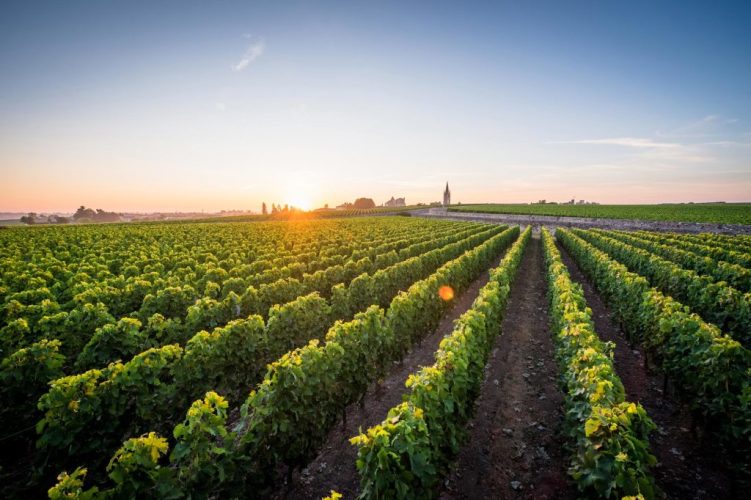 The 2020 vintage in Bordeaux was not easy – but the resulting wines are undeniably very good. After several weeks’ tasting and talking extensively, we give an overview of the eventful year and the impressive wines it produced

Talking to producers about the 2020 vintage in Bordeaux, their excitement is palpable. Dramatic gesticulation and unabashed grins made for little modesty, but there is also a certain amount of relief. This was not an easy season for the region’s vignerons – a rollercoaster of a year that really put them to the test (and that’s without taking the global pandemic into account).

You can read more about the conditions in our piece on the growing season, but – in brief – it was a vintage of two halves. The season started with a mild, wet winter and spring, with the growth cycle around 10 days earlier than normal. “It was a very, very precocious vintage,” Daragh Quinn at Ch. Fieuzal explained. The damp conditions led to mildew pressure, demanding winemakers’ presence amongst the vines to stave off the threat (especially for organic or biodynamic producers).

From mid-June, the weather shifted dramatically, becoming dry and hot, resulting in some vine stress. Mid-August rain provided some relief on the Left Bank (less fell on the Right), while cool nights in late August and September were key to preserving aromatics and acidity. Harvest was swift and early, with the whites picked from mid-August, the Merlot from early September and Cabernet following from the middle of the month. There was a little rain towards the end of harvest, welcomed by some producers in the Médoc to plumpen the extremely concentrated Cabernet berries.

The resulting crop was beautifully ripe, but with particularly small berries – something that means yields were impacted. “The frustration is the volume produced,” Damien Barton-Sartorius of Léoville and Langoa Barton explains. “I’m a farmer talking – we like a good quantity.” For him, the yield was down around 20%. At Lafite and Duhart-Milon, the reduction was around 15%, a little lower at L’Evangile where mildew had more of an impact. Angludet was hit hard, with just half the normal crop – something that surprised Benjamin Sichel – but this was an exception rather than the rule, with a reduction of 20 to 30% on 2019 the norm.

So, how did winemakers handle the vintage? First and foremost was managing the extreme growing season. Getting out amongst the vines to spray and protect against mildew was essential. Most left larger canopies in place to offer much-needed shade for the fruit during the hot summer conditions. Picking dates were key to preserve acidity, and many also chose either to pick in the early morning – allowing both the fruit and pickers to enjoy cooler conditions – or chill the fruit on arrival at the winery. This helped preserve the delicate aromatics and enabled producers to control fermentations better. 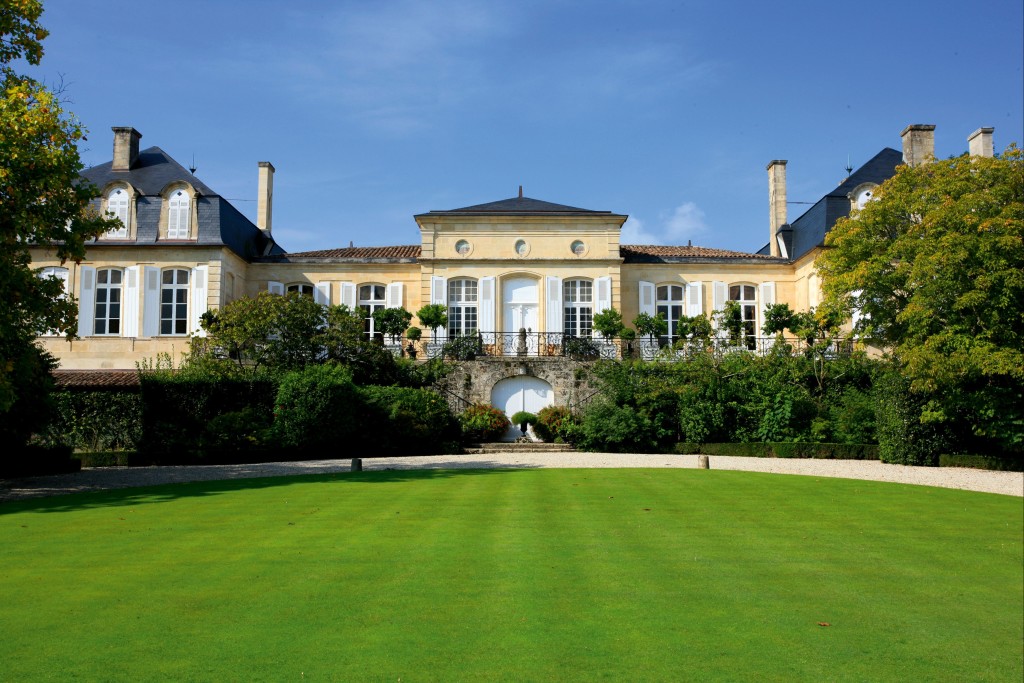 The small and concentrated berries meant there was a higher than usual skin-to-juice ratio, and the potential for a lot of tannin. It was therefore all the more important that extraction was gentle, especially as the seeds weren’t necessarily ripe as Edouard Moueix (of Ch. Bélair-Monange and La Fleur-Pétrus) highlighted. As Guillaume Pouthier at Les Carmes Haut-Brion told us, it was about “passive extraction” which he did entirely via infusion for the first time this vintage. Lafleur has never pumped over as little as they did in 2020, but it simply wasn’t needed with the perfectly ripe fruit, Cellar Master Omri Ram explained: “Aromatic compounds, ripe tannins, flesh, it all came out of the grape so easily.”

On paper, it’s tempting to think that the 2020s were destined to be big, bold, super-ripe and tannic. Fortunately – and much to many producers’ bafflement – it’s not so. While in some ways the vintage could be compared to the similarly hot 2003, the wet start was key – supplying the vines with essential reserves to get them through the warm, dry summer. Similarly, the mid-August rain was a godsend for the gravel soils on the Left Bank.

In short, the 2020s are very good and, in some cases, outstanding. Surprisingly elegant, the wines combine the ripeness and density of a warm year, yet with a wonderful freshness and aromatic precision. On the Left Bank, the alcohol levels are modest (notably Lafite is a mere 12.8%, while few sit above 13.5%) – something attributed by some to the August rain. The fruit is ripe yet with a real refreshing crunch to it. There’s a vibrancy and saline acidity that makes the wines moreish. These classical expressions of Claret are, as one winemaker noted, wines that will appeal to the English palate. “It’s quite incredible, the freshness,” Vincent Millet, Calon Ségur’s General Manager, said. He noted that these are wines with “beaucoup d’éclat” – wines that leap out of the glass. 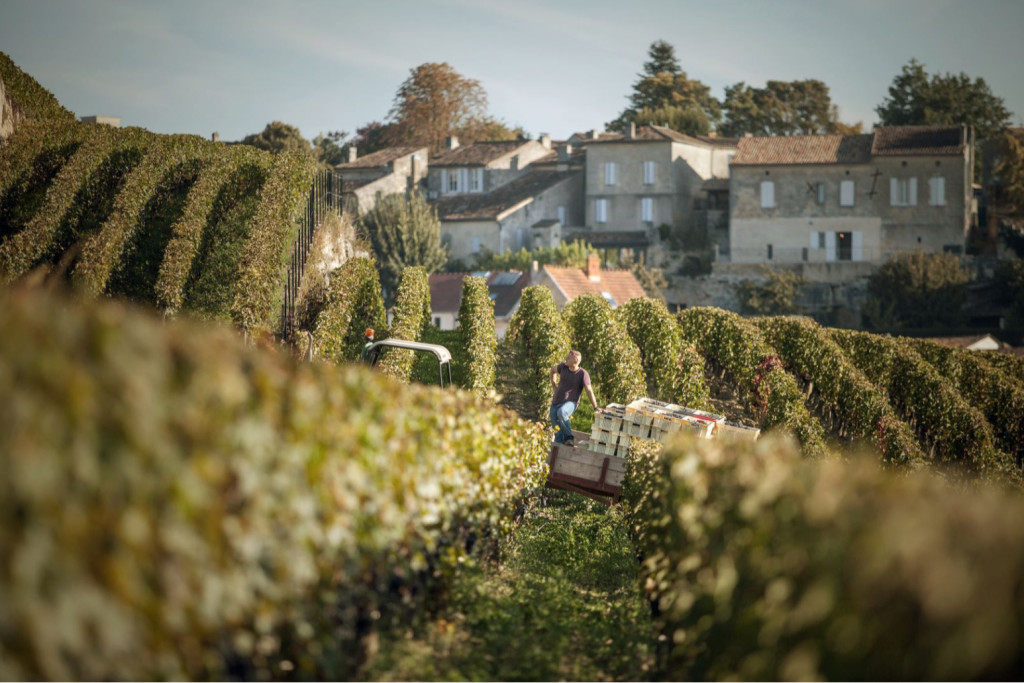 The vineyards at Ch. Ausone, Saint-Emilion

“I just love the 2020,” Nicolas Glumineau at Ch. Pichon Comtesse told us. “It’s full of energy, exploding out of the earth. Full of minerality.” Thomas Duroux at Palmer captured it nicely, describing the vintage as having a “Latin flair” yet also a class and restraint. Antoine Gimbert (Léoville Las Cases, Nénin and Potensac) put it similarly: “flamboyant and subtle at the same time”. Pauline Vauthier at Ausone highlighted the long ageing potential of the vintage – having the requisite length, minerality and freshness.

On the Right Bank, the wines are plusher, the alcohol levels consistent with recent vintages (most at 14 to 14.5%), but there’s still a restraint and elegance on show. While there’s plenty of concentration and structure, the tannins are seamlessly ripe (making them relatively approachable for cask samples) and they are aromatically expressive, often with a distinct floral imprint. Noëmie Durantou Reilhac (Ch. l’Eglise Clinet) emphasised how important she felt élevage was for the vintage. It “would have been very charming, very seducing – but not as deep as it could be. The élevage brought that deepness to that very juicy, flashy fruit,” she said. Pierre-Olivier Clouet at Cheval Blanc feels it’s a wine that will need time, describing the tannins as “a little academic”. For him, the dry conditions “explain perfectly why the wines are so dense, so powerful, so intense”.

It is important to note that this not a totally homogenous vintage. The challenges of the growing season meant that only those who could and did put in the requisite vineyard work excelled. The dry conditions meant that terroir held even more importance than normal. Cooler, water-holding clay and limestone soils were an advantage; the well-drained gravels that house much of the finest Cabernet sometimes struggled. It is for this reason that the Right Bank seems to have really shone, and it’s arguably a Merlot vintage – but that isn’t to say there aren’t some superb Cabernet-led wines. Saint-Julien, Margaux and Saint-Estèphe are the most consistent on the Left Bank, while the top names in Pessac-Léognan have over-performed. The finest Pauillacs are glorious – pinpoint, precise examples of what this commune does best. 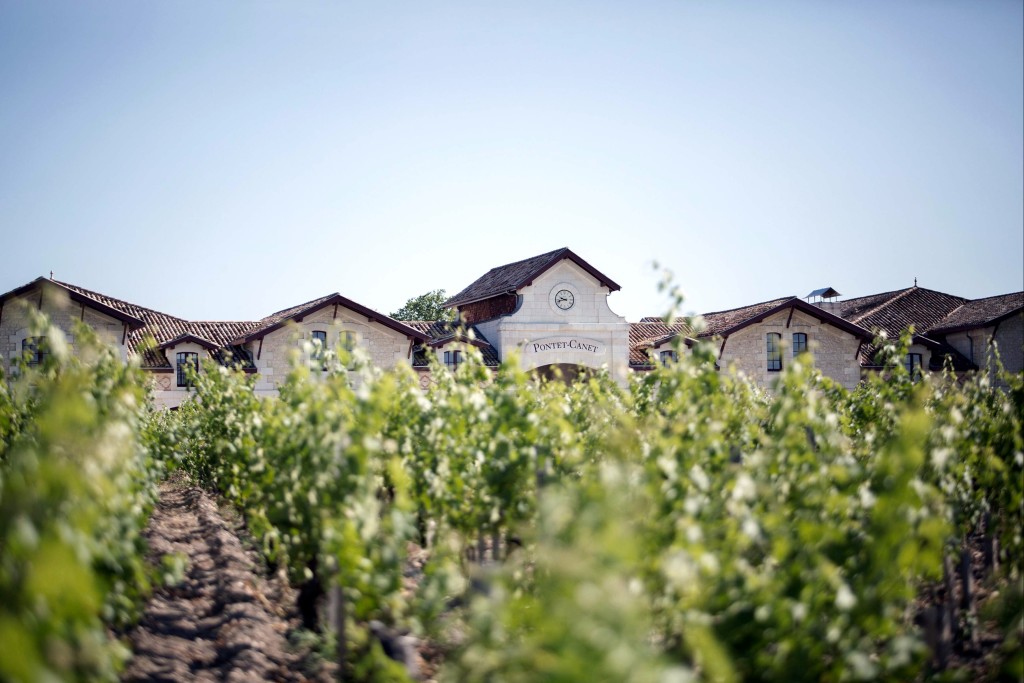 Justine Tesseron at Pontet-Canet was one of many to agree that 2020 is the “third in a trilogy of top vintages”. Given the year’s unusual conditions, comparisons have proven hard. Pierre-Olivier Clouet at Cheval Blanc feels 2020 has a palate like 2010 or ’11, with the nose of 2015 or ’09. The wine reminds Noëmie Durantou Reilhac  (Ch. l’Eglise Clinet) of 2015. At Léoville Las Cases, Jean-Hubert Delon compared it 1988. Vincent Millet at Calon Ségur feels it is like 2016, except with more density. While in numbers it’s similar to 2010, Haut-Bailly’s Véronique Sanders feels 2020 is a very different wine – with a “contrast between power and this elegance”.

“It’s very close to 2019 – very classic,” Nicolas Glumineau (Pichon Comtesse) said. “To me it has something like the energy of the 2019, and the uprightness and strength of the 2016. It’s a great wine, I’m sure about this.” The term “classic” comes up time and again – something Jean-Sébastien Philippe at Lafite also proposed, versus the more modern 2018 or 2019. At Ch. Margaux, Philippe Bascaules described it as a more concentrated 2019, or a fresher 2018, but feels all three vintages are of the same, high quality.

From our own tasting, we can’t help but agree – this is another very good vintage to follow on from 2018 and ’19. Great? Maybe. The best properties – wherever they’re based – have made brilliant wines that sit comfortably alongside the best vintages in recent memory. Although not every wine reaches such heights, the balance between power and freshness is impressive – and sets them up for a long life in the cellar. Overall, however, there’s a classicism and elegance to the 2020s, with expressive and delicate aromas that make these wines utterly seductive. We can’t wait to watch them evolve in bottle.

Read more about Bordeaux 2020, including our breakdown by commune 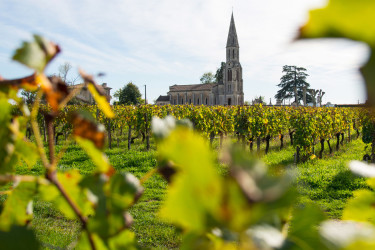