EditorialwinesBordeaux 2020: a tale of two halves 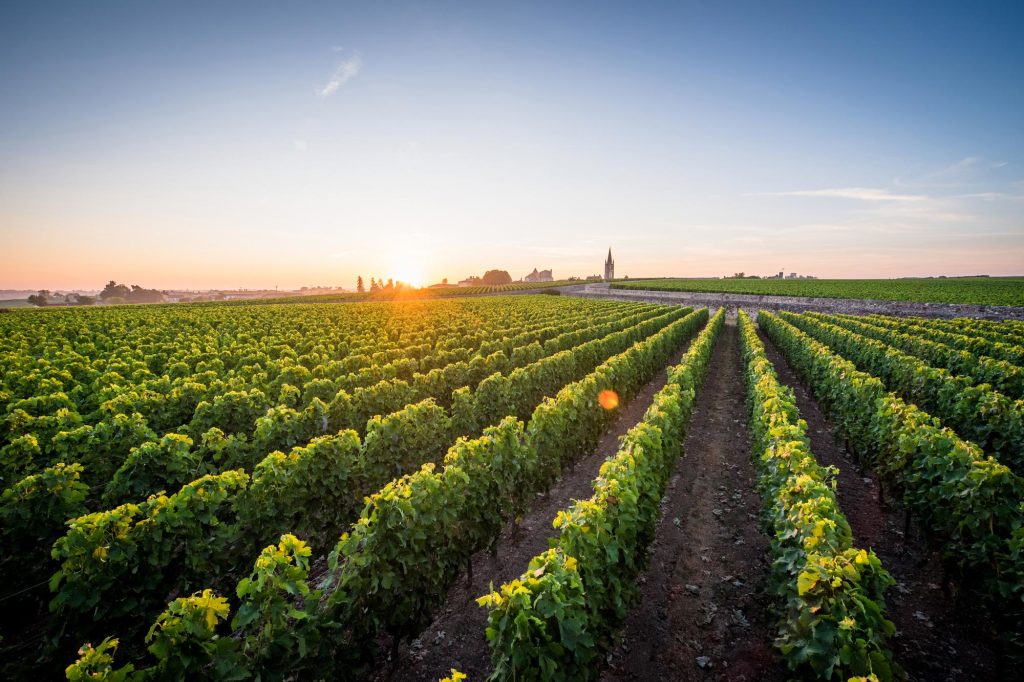 The 2018 and 2019 vintages might be tough acts to follow, but Bordeaux 2020 seems to be more than up to the job. Ahead of the wines’ release, we have been talking to producers about the year’s extreme conditions – and the stunning results it produced

Early reports put Bordeaux 2020 as the third in a trilogy of outstanding vintages for the region – but, talking to producers, one thing is abundantly clear: the year was not easy. Covid-19 aside, the year’s unusual conditions demanded attention in the vineyard. “It was a marathon,” Noëmie Durantou Reilhac of Château l’Eglise Clinet told me. Nicolas Audebert of Châteaux Canon and Rauzan-Ségla was more frank: “It was a f***ing tough year.”

“Extreme” is the word that comes up time and again. It was both wet and dry, mild and hot – a contradiction in terms throughout, demanding producers’ attention. As Jean-Sébastien Philippe at Lafite described it, 2020 was “un millésime de vigneron" (a winemaker’s vintage).

The winter and spring were mild and wet, replenishing water reserves and kicking off the growing season early. It was so mild – with temperatures on average around 2˚C warmer than usual – that there were already signs of budbreak at L’Eglise Clinet on 4th February. Flowering was early and homogenous; at Château Margaux it was a full 15 days ahead of normal, Managing Director Philippe Bascaules noted, bringing the entire season forward. This early start led to fears of possible frosts, but (unlike in 2021) the temperature barely dropped and the threat to crops was minimal.

Overall, 2020 saw more rain than any other year in the last decade – however it fell almost entirely over the winter and spring, with subsequent concentrated bursts in May and August. This relative downpour was essential for what was to come, for the summer was parchingly dry. As Pierre-Olivier Clouet of Cheval Blanc explained, the spring provided the vines with enough reserves to survive the long, dry summer.

But the damp also brought mildew pressure – a particular challenge for those working organically or biodynamically. “On 12th May we had to spray copper by hand over 25 hectares of vineyards, as it was too wet to put tractors in the vineyards,” said Thomas Duroux at Château Palmer. Justine Tesseron at Château Pontet-Canet explained how dry breaks in the weather helped them avoid the damage seen in 2018, allowing them to get into the vines and spray. The mildew seemed to impact the Right Bank less, although work was still essential to avoid losses.

Then in mid-June, a switch flicked and the weather shifted dramatically, becoming warm and dry. “It’s like only having two seasons instead of four,” Nicolas Glumineau of Château Pichon Lalande explained, something he fears is becoming the new normal with climate change. The warm dry conditions concentrated the berries and then, as the vines gradually started to become more stressed in August, slowed the vines’ growth. This was, Noëmie Durantou Reilhac of Château l’Eglise Clinet noted, important – helping to slow the sugar accumulation, and allow the phenolics to catch up. But the vines were stressed.

“Vines are living beings and we ask them to go through a lot. If you were drinking a gallon of water every hour for a month and then had no water for two months…” Noëmie Durantou Reilhac said. The team at Pichon Lalande was starting to worry as the leaves started to turn yellow and the vines were visibly struggling. But relief arrived in mid-August, with rain on the Left Bank (with the least falling on Saint-Julien) and Saint-Emilion, although Pomerol had to wait until 1st and 2nd September for the weather to break briefly and provide the water the vines sorely needed. “This really refreshed the grapes, diluting the sugar content, but early enough to allow for concentration to build up in the berries,” Bascaules at Margaux explained. 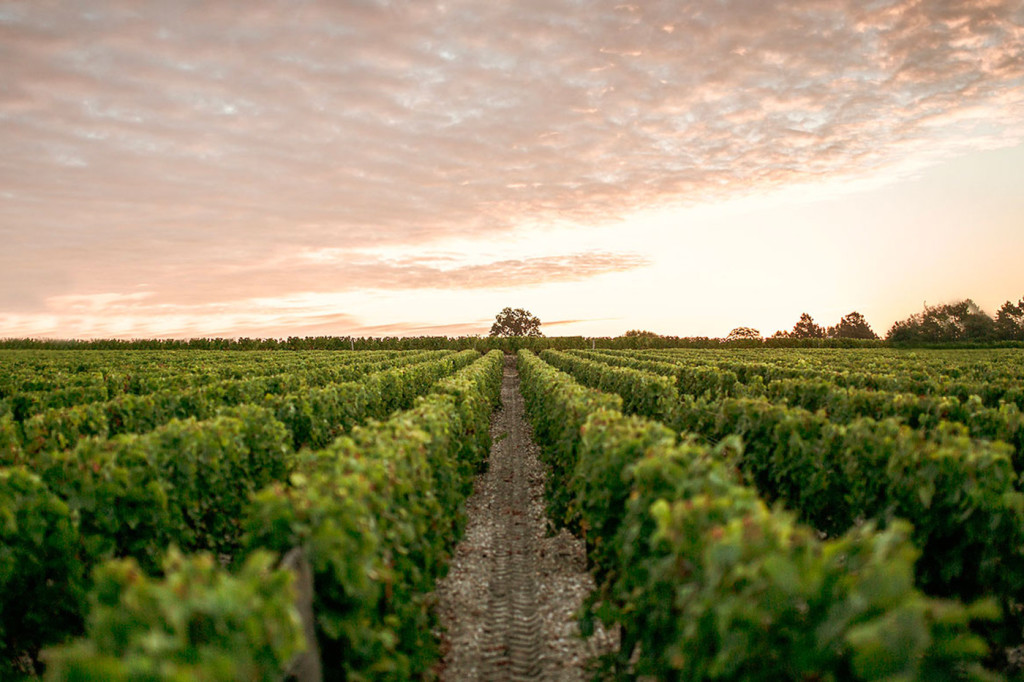 Looking across the vines at Château Haut-Brion

From the end of August to late September, the mercury rose even higher. At Pichon Lalande, with temperatures reaching 40˚C, Glumineau started to become nervous about the wine they’d be able to make, visibly seeing the berries reduce in size each day during the last two weeks of September. Cool nights were key at this time, preserving acidity and aromatics, despite the heat of the day.

The harvest itself was fast and furious. Thanks to the homogenous flowering, everything ripened at once – and quickly. The whole season remained 10 to 15 days earlier than normal, and picking of the whites kicked off in mid-August, while the Merlot started coming in from early September, then the Cabernet from the middle of the month. Everything was in before the close of the month. Timing were similar to 2003, 2015 or 2019.

Nicolas Glumineau noted that rainfall at the very end of September – falling on 25th and 26th – was of particular importance, helping “polish the tannins” on the last few plots of Pichon Lalande’s Cabernet Sauvignon. “It was a textbook perfect vintage,” Damien Barton Sartorius, Director of Léoville and Langoa Barton said – the only thing that upsets him is the volume of wine produced. The dry conditions broadly led to smaller berries with thick skins, and therefore less juice. In general, yields are a little down on 2019 and 2018, around 10 to 25% in most places, with the smallest crops in Saint-Julien (down 20% at Léoville and Langoa Barton, 25% at Château Ducru-Beaucaillou), and Sauternes and Barsac.

“It was a crazy, crazy vintage,” said Omri Ram of Lafleur. Rushing through the growing season like this, it’s clear it was, but producers aren’t shy about the results. The wines are tipped to be superb – more classical than those of 2018 or ’19, with some comparing them to the wines of 2016, ’15 or ’09. We can’t wait to taste them.

Want to hear more? Sign up to be kept up to date with everything you need to know about the vintage

Pre-order wines or sign up to be notified when specific châteaux release, and follow all our coverage of Bordeaux 2020 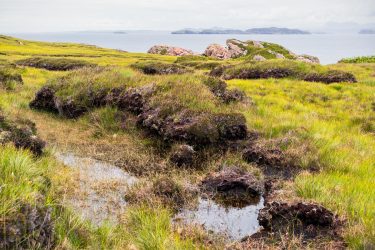