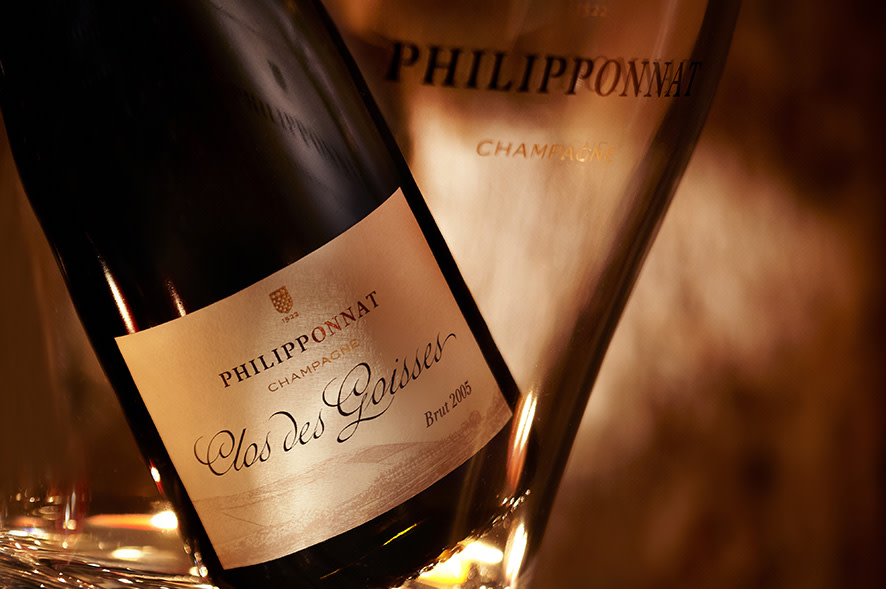 Philipponnat’s single vineyard Clos des Goisses is one of Champagne’s most famous vineyards. It is the steepest, directly south-facing vineyard in the whole of Champagne (between 30- 45% gradient), and the hottest site in the region. It is a 5.5 hectare narrow strip (800 metres long and 100 metres wide) perfectly positioned to push the natural ripeness of the grapes to a level unmatched anywhere else in Champagne.

We caught up with winemaker and proprietor Charles Philipponnat to discover the history of this landmark vineyard, its rise to prominence and the specifics of the site that makes it so special.

The Clos des Goisses vineyard originally known as Les Goisses was well known in the region prior it ever being made into a single vineyard wine and has been planted with vines since the 16th century. The names is taken from the local dialect “Gois” which means very steep. The plot was indirectly purchased by Charles’ grand uncle Pierre Philipponnat who purchased it from his cousins, the Bouché family, after they became bankrupt in 1935. Pierre was well aware of the quality of the vineyard as it had already enjoyed some fame as “Les Goisses” around 1900, but had since been almost abandoned during the Phylloxera crisis, WW1 and through the Great Depression period. Once purchased Pierre Philipponnat immediately set to bottling “Les Goisses” again in 1935, but its reputation really took off around the mid 50’s, it was at this time its name was altered to Clos des Goisses. 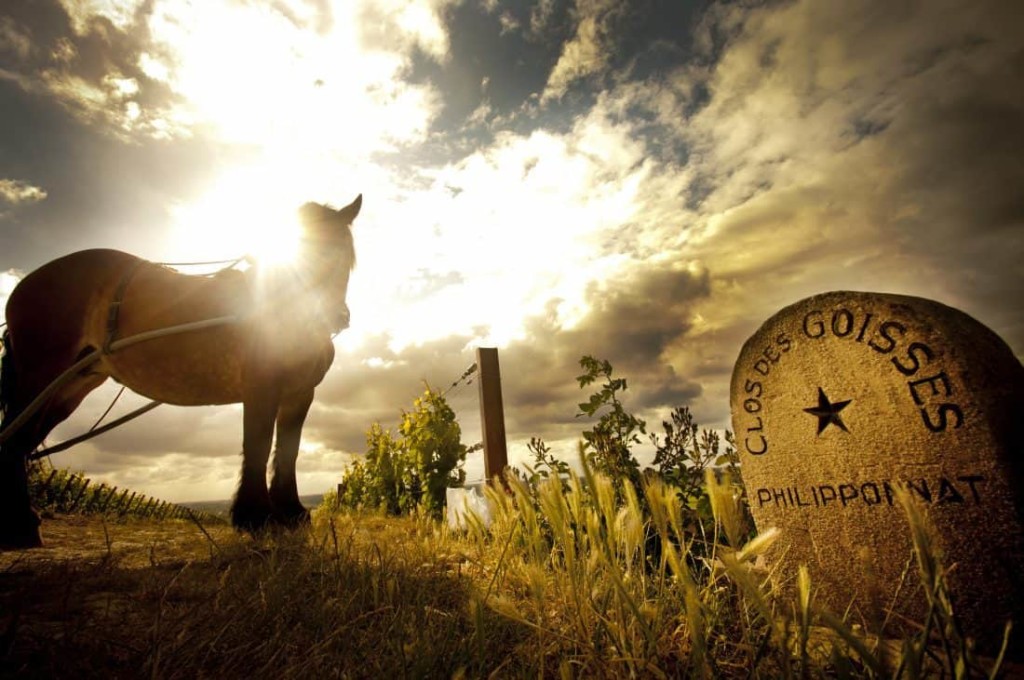 This 5.5 hectare site is perfectly positioned to push the natural ripeness of the grapes to a level unmatched anywhere else in Champagne. In a region where there is an over-reliance on chapitalisation (the adding of sugar prior to fermentation to boost body and alcohol) as well as high dosage (the addition of sugar post-disgorgement to increase the perception of sweetness), there is little necessity of either in a vineyard site where good ripeness levels are reached every year. The vineyard also benefits from a pure Belemnite chalk soil that accumulates heat, further promoting optimum ripeness levels. While Chardonnay is sensitive to high levels of sun intensity and a hot site can be to the detriment of the racy, tensile profile of the grape that is looked for from a Chardonnay-based Champagne, Clos de Goisses is very much dominated by Pinot Noir – a sun loving varietal that brings weight, density, richness and red and black fruit flavours to the palate. Clos des Goisses is a blend of Pinot Noir and Chardonnay grown on the site with blends typically around 65% Pinot Noir and 5% Chardonnay, although this does vary from one release to the next.

The 2006 vintage saw the first release of Les Cintres. This represents Philipponnat’s top single-plot of Pinot Noir situated within the Clos des Goisses vineyard, representing the finest, oldest parcels (70+ years old) in the vineyard. For Charles, the idea was to show off the best parcels of Pinot Noir in a Burgundian fashion: one varietal, one place, one vintage.

Despite its prestige, Clos des Goisses is not a Grand Cru vineyard and for Charles the Grand Cru /Premier Cru designation in Champagne is more an outcome of history rather than quality. For Charles the classification system is not very precise since it concerns whole villages. He goes on to say “It actually relates to the grape buyers' preferences before WW1. Whilst it roughly corresponds to the better areas, with chalky subsoils, it is not always very accurate. Mareuil sur Ay is rated 99% not 100% because the large buyers would rather have the grapes brought to their press houses in Ay than go fetch them in Mareuil, back before WW1." 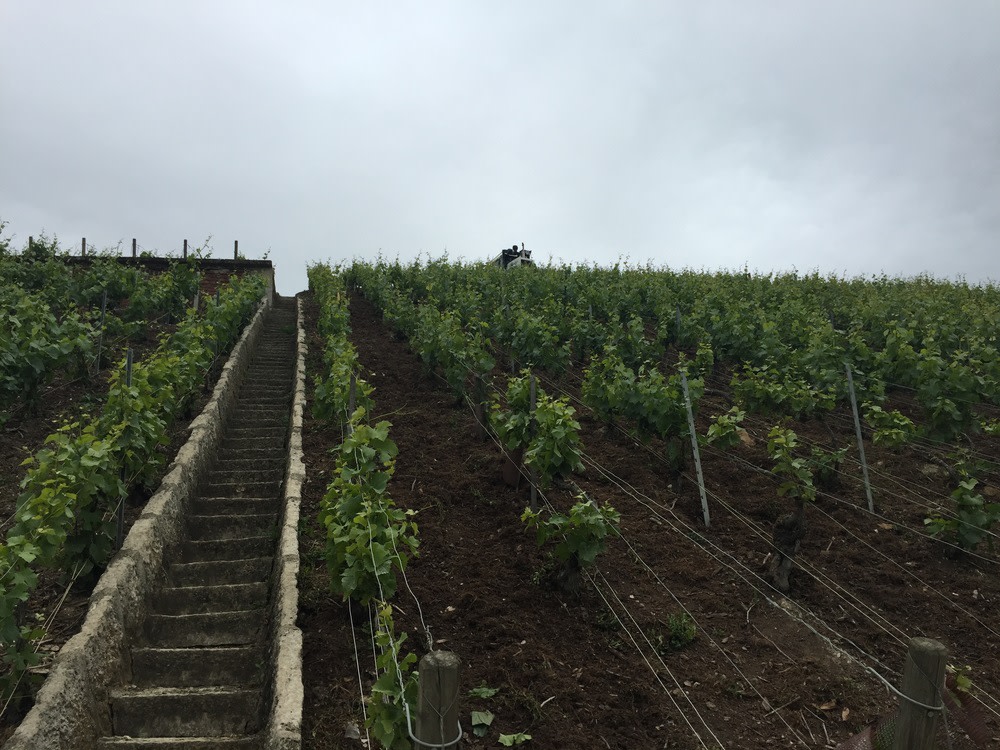 Mareuil vineyard owners have filed a request for Mareuil to be recognized a Grand Cru, but no one wants to shake the lees too much in Champagne. An old local saying goes: “Ay le nom, Mareuil le bon” meaning “Ay has the name, Mareuil the goodness”. Pierre Philipponnat used to have it printed on his labels and stationery. 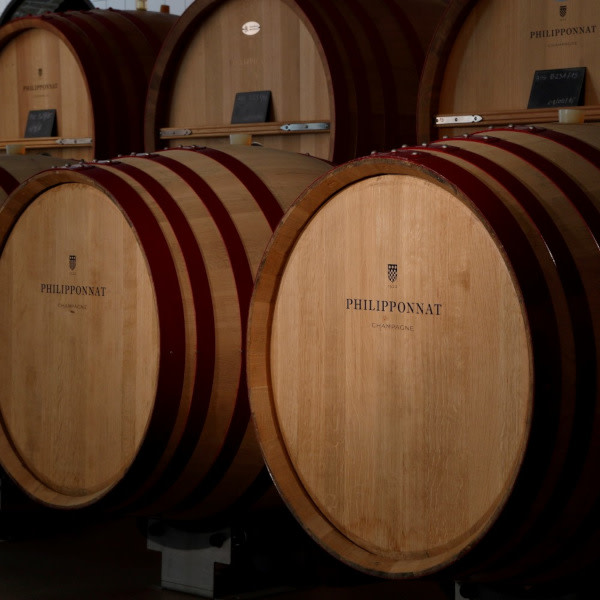 Champagne is a highly processed wine and whilst the terroir remains important, precision in the winemaking is essential for Champagne. For Charles, it’s a sum of details, always keeping in mind quality, age-ability, and truthfulness to the House’s style. Healthy and ripe fruit, careful pressing, using only the purer first press juices, and proper ageing on the lees are the most important steps. And at all times, avoiding green bitterness, as well as (at least at Philipponnat) the loss of fruit through oxidation.

Outside of the vintage expressions of the single vineyard sites Philipponnat is a strong advocate for the Solera ageing process and use of high proportion of reserve wines. Around one third of reserve wines is typical in their NV wines adding complexity to the wine. Charles goes on to say that the solera system allows for older elements to develop complexity while keeping the blend fresh and protected from early oxidation.

The L.V. release of Clos des Goisses is the rarest bottling to come from the vineyard in which only a few hundred bottles are ever released. These are Champagne that are aged for 25 years unmoved in the Philipponnat cellar and disgorged just 6 months prior to release. The wines are only sold direct through “ambassadors” of Philipponnat of which Fine + Rare is proud to be one, with a few magnums reserved for auction sales. The L.V. is an intrinsically exceptional champagne, a perfect reflection of the unique characteristics of an unparalleled, pure chalk hillside, and Philipponnat’s expertise in crafting wines. Mineral and intense, it stands out for its great freshness and remarkable fullness. According to Charles the “Clos des Goisses L.V. collection adds the complexity of champagne aged in the best conditions to the wine’s characteristic freshness. The wines are protected from any oxidation by prolonged contact with the lees before their disgorgement. The very low, extra-brut dosage gives full expression to the aromatic personality of each vintage.”

Look out for the next L.V 1995 to be released in September this year. For current availability on Clos des Goisses cuvees click here. 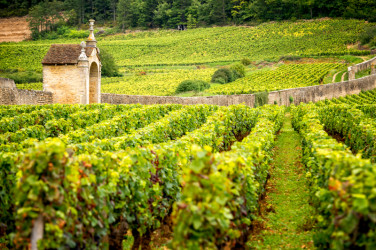