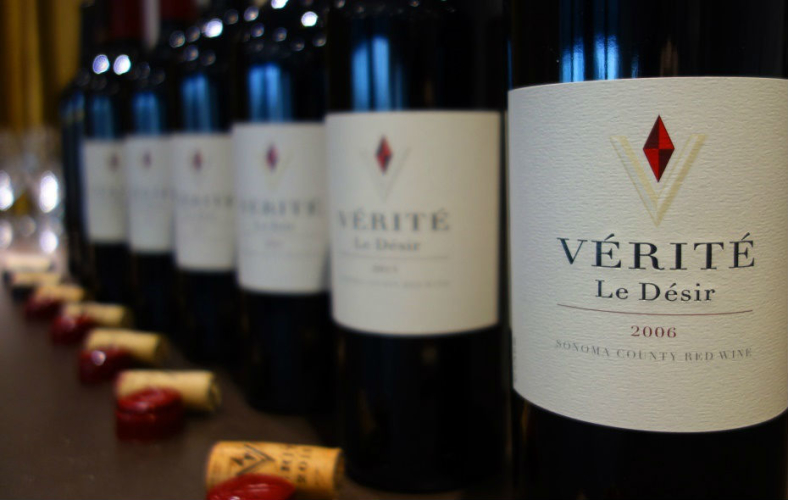 Recently, FINE+RARE was treated to a tasting of Jackson Family Wines' show-stopping Vérité and Cardinale wines. Read all about it here...

With all the 2013 Vérité wines scoring 99 points or more, the latest release are true to their names, offering in equal parts inspiration, joy and desire. Their sister winery from Oakville, Cardinale Estate, didn't disappoint either...

The wineries of Vérité and Cardinale  are part of Jackson Family Wines, established by Jess Jackson, who Robert Parker described as “one of the most extraordinary men in the wine world I have ever met.” We were lucky enough to host Dimitri Mesnard of Jackson Family Wines last week, who presented us with the extraordinary 2013 vintage of these wines, as well as giving us the opportunity to taste the 2006 Vérité and 2007 Cardinale, showing us how these wines have evolved ten years on.

The history of both these exceptional wineries began when Jess Jackson decided to purchase an estate in California for his family and friends to enjoy. The son of farmers, Jackson had several blue collar jobs before training as a lawyer and founding a successful law firm, the true epitome of the American Dream. When he purchased his estate, he found that several Chardonnay vines had been planted on his land, and Jackson started selling the grapes to local winemakers. However, in the early 1980s, a surplus of grapes on the market meant that Jackson struggled to sell his outturn profitably, and recognising that the grapes he produced were of extremely high quality, he started producing the extremely well regarded Kendall-Jackson Vintners Reserve Chardonnay.

Once Jackson’s passion for winemaking had been awakened, his next dream became to create a world class Merlot-based wine in California. To achieve this, he sought out the expertise of French winemaker Pierre Seillan. Seillan had been working in Bordeaux for many years, serving as a consultant and a winemaker at several different estates. However, he had long felt constrained by the appellation rules in Bordeaux. He would often blend wines from different areas, knowing full well that this could only ever be a hobby and would never be allowed within the region's strict legislation. When Seillan met Jackson, he was excited at the freedom that the prospect of making wine in California would allow. When he accepted Jackson’s invitation to make wine in the US, Vérité was born, and this passion for Merlot was expanded to Cabernet Sauvignon and Cabernet Franc. Thus the three wines of Vérité were created within the first two years of this estate’s life.

The estate of Vérité has been described by Robert Parker as “one of the shining stars in Jess Jackson’s firmament” and is always highly praised and rated by critics. It has recently made history, receiving twelve 100 point scores from Robert Parker (almost rivalling Chapoutier), the first time any winery in Sonoma County has received this many perfect scores, proving that French winemaker Pierre Seillan has, year upon year, delivered the best of both worlds: old world expertise, with new world fruit.

Every year, the winery chooses to hold back some of their wines, re-releasing them about 10 years on and this year, we are excited to offer the 2006 vintage alongside the new 2013 vintage. This offers an excellent opportunity to try the wine with a decade of development in bottle, which have been stored in perfect conditions. In tasting the 2006 vintage, what is clear is that the wines remain remarkably fresh, and these wines are likely to be extremely long lived, with Parker giving the first ever vintage of La Joie, 1998, a drinking window of up to 2026.

Cardinale is another of the Jackson Family holdings and is described by Parker as “one of the flagship wines of the brilliant California visionary and vineyard owner Jess Jackson.” A single Cabernet Sauvignon/Merlot blend is produced each vintage and it is characteristically dense, rich, bold and opulent, with grapes coming from several sources and aspects all over California, including Diamond, Howell, Mount Veeder and Spring Mountains as well as fruit from the valley floor. These are brought together expertly by winemaker Christopher Carpenter, each area bringing with it distinctive aromas, qualities and complexities, meaning that the wine offers the best grapes that California has to offer.

2013 was a blockbuster vintage in California. It has been praised across the board by Robert Parker, Jeb Dunnuck, James Suckling and Antonio Galloni, with the latter calling it “an epic vintage in the making.” Almost impossibly, the wines created are both intensely powerful and beautifully restrained. Described during the 2015 Premiere Napa Valley auction as "flirting with perfection", 2013 saw low rainfall and even growing conditions, which produced grapes that were balanced and with excellent structure. After tasting the 2013s from Vérité Robert Parker said: “after 37 years of tasting just about everything of quality that’s been produced, I believe I’m in a position to recognize truly world-class efforts that are as complete and compelling as good wine can be.” He proceeded to award nothing lower than 99 points...

La Muse is a Merlot-based wine with varying proportions of Cabernet Franc and Merlot. This is an extraordinary wine, awarded 100 points by Robert Parker, who describes it as “amazingly like a great vintage of Pétrus, with mulberry, black cherry, licorice, truffle and unctuous, thick, juicy fruit all present in this full-bodied masterpiece”, and which combines great depth and concentration with elegance and refinement. The FINE+RARE team was struck by how incredibly balanced and refined this wine is already at this early stage in its’ development, demonstrating how potentially outstanding this wine may become. Click here to check availability.

La Joie is a Cabernet Sauvignon-based wine with varying proportions of Merlot, Cabernet Franc and Petit Verdot. A wine which Robert Parker has described as coming across like “a serious Pauillac from Bordeaux”, this also received a perfect 100 points. It shows a balance of rich fruit and earthiness and we were deeply impressed by the level of concentration and balance this wine demonstrated. Parker writes that it shows “loads of graphite, cedar wood, charcoal, crème de cassis and forest floor, this may well turn out to be a 50+-year wine. It tastes like a great first-growth Pauillac and has an amazing amount of complexity and richness.” Click here to check availability.

Le Desir is a Cabernet Franc-based wine with varying proportions of Merlot, Cabernet Sauvignon and Malbec. Awarded 99 points by Robert Parker, he remarks that this wine is showing “incredible floral, blueberry and espresso notes, exotic Asian spices, velvety texture, a supple, multilayered mouthfeel and incredible finish, with incense and licorice. This is magnificent young wine, with a good 40-50 years of upside potential.” This wine impresses for the intermingling of rich fruit and its aromatic intensity. Click here to check availability.

Parker described this as “fabulous” when he awarded it 96 points. A full-bodied, intense and complex wine, possessing aromas of sweet cassis, coffee, leather and liquorice. Parker writes that it is “one of the finest Cardinales I have tasted”. Antonio Galloni rated it one point  higher at 97 points and described it as “a real head-turner, the 2013 possesses superb density and tons of pure power. The flavors are deep, powerful and explosive.” We couldn’t have agreed more that this wine is a true embodiment of Napa, rich and bold, a wine which certainly doesn’t hold back. Click here to check availability.

2007 was a strong vintage, particularly for California Cabernet Sauvignon, producing beautifully balanced wines in a slightly earlier ripening style, with strong flavour, acidity and rich tannins. 2006 was a little trickier, but Vérité produced incredible wines despite the cold, wet conditions. The 2006 vintage presents the perfect opportunity to try these wines in a different style. The fruit is more overt, and the wines more approachable in their youth, but still packing great concentration, depth and complexity. A new release of these back vintages is now available...

Awarded 92 and 93 points by Robert Parker and Stephen Tanzer respectively, this is a very ripe style packed full of fruit, with strong minerality and firm acidity giving it a strong backbone. The freshness on display here, even through the concentration of ripe black fruit, shows just how beautifully these wines can age. Click here to check availability.

Awarding it 96 points, Tanzer describes this wine as possessing “high-pitched, vibrant aromas of cassis, flowers and licorice. The palate offers terrific sappy cut and intensity, with powerful, mouthcoating flavors of cassis, violet, lavender, minerals, spices and crushed rock... As good as Napa's best cult wines at a fraction the price.” Although more fruit forward than its 2013 counterpart, this remains extremely well balanced and incredibly appealing. Click here to check availability.

This wine shows plenty of rich fruit, chocolate and earth and possesses softer tannins than in some of the other vintages. It is earlier ripening than the 2013 vintage, however, Parker notes that it should keep for 25 years. The beautiful combination of rich fruit with the wonderful spicy aromatics of this wine struck us as a truly impressive show of complexity and depth. Click here to check availability. 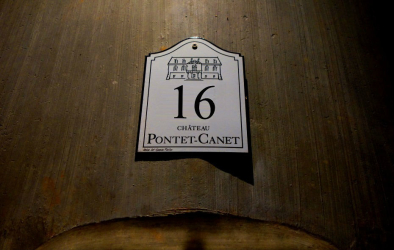