EditorialwinesThe Other Wines of Gaja

The Other Wines of Gaja 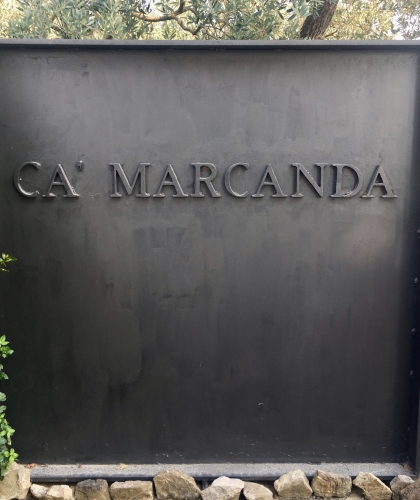 It was a big decision for this Piedmont producer to invest in another region of Italy but Montalcino seemed to be the logical choice. Angelo Gaja explained to us there are obvious parallels between Barolo/Barbaresco and Montalcino, both regions of prestige for fine wine, both made from indigenous varieties and from single varietals that undergo extensive elevage. For Angelo that was enough for him to pursue a search for the right plot in Montalcino.

The Pieve Santa Restituta estate in the Tavernelle region of Montalcino has an amazing history, named after its church situated in the middle of the estate, it is one of the four remaining churches still standing in Italy whose foundations date back to 400AD. Of more contemporary relevance, the vineyards themselves neighbour Soldera’s Casse Basse estate so there is no question the terroir here is of exceptional quality. For Gaja, the vineyards are in a particularly privileged position, facing south and south-west with an altitude ranging from 320 to 350 metres and characterised by an extremely windy, dry and bright microclimate, preventing damp stagnation and allowing for full grape ripening.

They produce just three wines from this estate and perhaps more interestingly no Rosso Di Montalcino and no Brunello Di Montalcino Riserva. The three wines are a straight Brunello Di Montalcino (first produced in 2005) and two separate single vineyard cuvees: Rennina, more accurately from three vineyard sites in the same vicinity with similar terroir, the first vintage of which was produced by Gaja in 1994, is characterized as a more masculine, tannic, earthy, structured Brunello with riper, preserved fruit character. And the Sugarille, first produced by Gaja in 1995, is a single vineyard site that is more delicate with heightened floral complexity and more approachable tannins but great ageing potential,

They don’t produce a Rosso believing that a Rosso would be the acceptance of producing a second rate wine, not something that fits with the Gaja philosophy. Instead any second rate fruit they sell off in bulk. In a poor vintage they don’t produce their single vineyard wines at all as in 2014, 2012 and 2009 no Sugarille or Rennina were produced. They also never produce a Riserva because Angelo Gaja’s winemaking philosophy has always been to reduce rather than extend the ageing of the wine in barrel. Ageing to Riserva levels he believes means the wines lose their freshness and clarity and with warmer temperatures in the vineyard due to the effects of global warming has only further cemented this belief. Gaia Gaja also states the higher temperatures produce riper fruit and more alcohol which when aged extensively in oak, leads to more of the wood tannins infiltrating into the wine. For Gaja too much oak ageing of the wines overrides the fruit flavours as well as the wine's clarity and precision and is therefore the reason why they don’t produce a Brunello Riserva. The property is very much focused on their single vineyard sites of Rennina and Sugarille and each represent their top cuvees in the property.

Getting to taste their unreleased 2015 single vineyard cuvee alongside the same single vineyard 2013s was a great insight into the two very different personalities of the two wines. I can’t help be drawn to the Sugarille with its seductive complex florality, it’s beautifully delineated fruit and seductive tannins. Whilst the 2013s are more “classic” with a wonderful mouth-watering acidity, elegant body and overriding finesse, the 2015s Sugarille is exceptional, it has added energy, contained power and an abundance of complex aromas (aniseed, dark chocolate, contrasting earthy hedgerow and floral lift). The Sugarille is totally defined by very fine tannin and is incredibly elegant for a Brunello.

Whilst the Sugarille may be more immediate the Rennina has a brooding quality and power with more spice and structure that is equally impressive if a little more backward and austere. It certainly needs more time to further integrate but the slickness and fired/ scorched earth quality and sinewy textural qualities is equally beguiling. You can’t help but compare it with its Soldera neighbour and wonder if with further time in bottle it will be a worthy comparison. It is certainly brilliantly made, texturally sound and will age beautifully. The 2015s are still unreleased but are due out in the early part of 2020 and well worth seeking out.

From the Montalcino mountain vineyards we travelled to the other extreme of Tuscany, the flat lands of Bolgheri just metres from the coast. This region produces some of Italy’s most exciting fine wines. Made famous by Sassicaia who first planted vines on the hillsides of the region in the 1940s, then soon realised in Bolgheri the vineyards need to lock in water rather than drain away, so replanted on the valley floor.

The great advantages particular to Bolgheri compared to Montalcino and Piedmont is first of all the light. Being so close to the coast it gets less cloudy weather and a higher level of reflection from the sea magnifying the solar intensity. Secondly these coastal flatlands in between the moutainous islands of Corsica and the Tuscan hills are effectively a corridor of wind which has a great diurnal effect on the vines from day to night. This high fluctuation between hot days and cool nights locks in the acidity to the grapes whilst giving the wines great concentration and ripeness enabling the later ripening Bordeaux grapes of Cabernet Sauvignon and Merlot to thrive. What is so particular about Bolgheri is that despite its Bordeaux-varietals the wines remains distinctly Italian with a vibrant acidity and dried floral perfumed lift.

The Gaja family purchased their Bolgheri vineyards in 1996 and named the domaine “Ca’marcanda” roughly translated from Piedmontese dialect as the “house of endless negotiation” as it took many meetings before the sale of the property was agreed.

What is distinct about the vineyards of Ca’marcanda is the property comprises two very distinct soil types – one of white soil that sits on a plateau 85 metres above sea level, rich in limestone and minerals. The other vineyards on the lower level are made up of dark red clay, loam and alluvial soils. During a blind tasting at the property we got to taste first-hand the very different effects the different terroirs have on the final wines. The white soil producing more vertical wines with a driving minerality.

Whilst the vines are relatively young, first planted in 1996 – after tasting a range of vintages the winery has turned a corner on the 2016 vintage producing a wine of sensational quality. The top cuvee – Camarcanda - comes exclusively from the white soil and is now made from 100% Cabernet Sauvignon/Cabernet Franc (previously the wine was was a blend of Merlot and Cabernet Sauvignon but as the region has warmed up the Merlot lacks the acidity they are looking for and have top grafted more Cabernet on their top sites). Whilst we go on about this on a daily basis, the 2016 is a sensational vintage in Bolgheri (led by Sassicaia getting its first 100 points score since its 1985 vintage) the Ca’marcanda has also just received its highest ever score from the Wine Advocate scoring it 97 points and describing it as: “infinitely smooth and finely textured down to the very last pixel in what is a high-resolution panoramic photograph… It shows utmost precision and balance, with long persistence and a beautifully polished texture”. If you missed the release of the 2016 earlier in the year we still have some cases left. Don’t miss it. 2016 is a special vintage for the region. 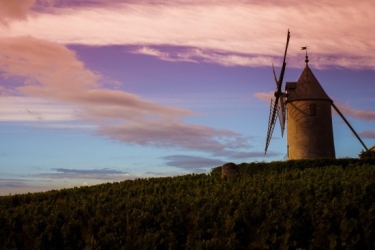