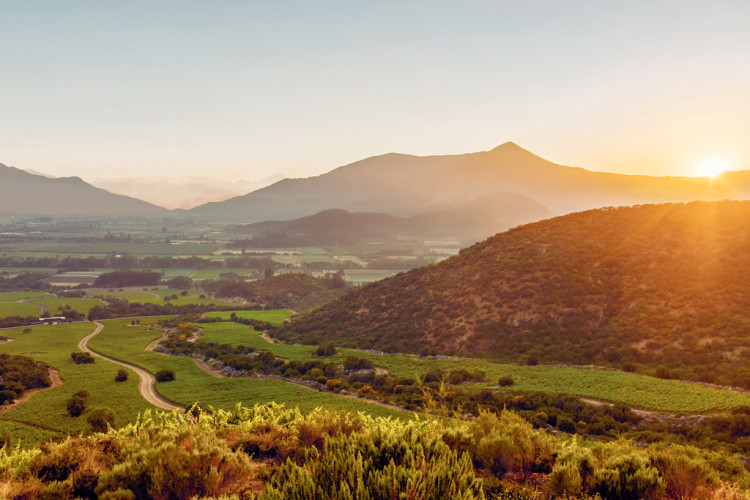 September sees the latest vintages from some of the world’s top estates released via La Place de Bordeaux. Ahead of the 2021 releases, we run through the vintages and properties that you’ll want on your radar

Argentina and Chile have rapidly become hotspots for fine wine. Offering high-altitude sites with glorious sunshine, and varied soils, it’s no surprise that some of Bordeaux’s top estates have ventured into the two nations. Cheval Blanc’s Argentinian collaboration with Terrazas de los Andes, Cheval des Andes, is unsurprisingly impressive. The estate works with high-altitude sites to produce a Malbec-based blend. The 2018 that is set to be released this year has already been rated highly by James Suckling (98 points), who wrote, “This will be a great wine indeed.” First Growth Ch. Mouton Rothschild works with Concha y Toro in Chile’s Maipo Valley to produce Almaviva – a wine that has, in Suckling’s words, become “a benchmark for the reds of the Andes”. He awarded 97 points to the 2019 and describes it as “extremely perfumed… vertical and integrated”.

Bodega Catena Zapata – one of Mendoza’s leading names – will release the 2018 vintage of its top wines, Nicolás Catena Zapata and Adrianna Vineyard Mundus Bacillus Terrae. The latter is a Malbec from a 1.4-hectare plot which sits at almost 5,000 feet, while Nicolás Catena Zapata is the estate’s flagship wine – and Argentina’s first “Grand Vin”, made with the finest fruit from ungrafted vines on the family’s high-altitude sites. Both have earned high praise with the Wine Advocate’s Luis Gutiérrez describing the 2018 as “among the finest vintages for the Mundus Bacillus Terrae” (98 points).

The Chadwick family – who own Errázuriz – will also release the 2019 vintages of their top cuvées, Seña and Viñedo Chadwick. Made by Francisco Baettig, these are incredible wines – earning 98 and 99 points from James Suckling, respectively. Last but not least is Clos Apalta, the Chilean estate that produces the finest expression of Carménère in the world. The 2018 is another excellent release, with 98 points from James Suckling.

The 2018 vintage in Tuscany was stunning – producing wines of elegance and freshness. While some of the Super Tuscans have already been released, a handful will be available via La Place this month. Masseto – the cult Ornellaia breakout star, described as the “Pétrus of Italy” – and the third vintage of its second wine, Massetino, will be released. Produced in tiny volumes, these extraordinary expressions of Merlot will be in unsurprisingly high demand. Solaia – Tignanello’s sibling from the Antinori stable – is set to be similarly popular, as ever. Giving it 98 points, Antonio Galloni of Vinous wrote, “I can't remember ever tasting a young Solaia with this much sheer appeal and balance in the early going.”

The month will also see the latest releases from Bibi Graetz. The artist-turned-winemaker works with old vines and indigenous varieties to produce elegant expressions of Chianti. The 2019 Colore received 99 points from James Suckling who described it as “old-vine magic”, finding the 2019 Testamatta serious and structured (97 points). 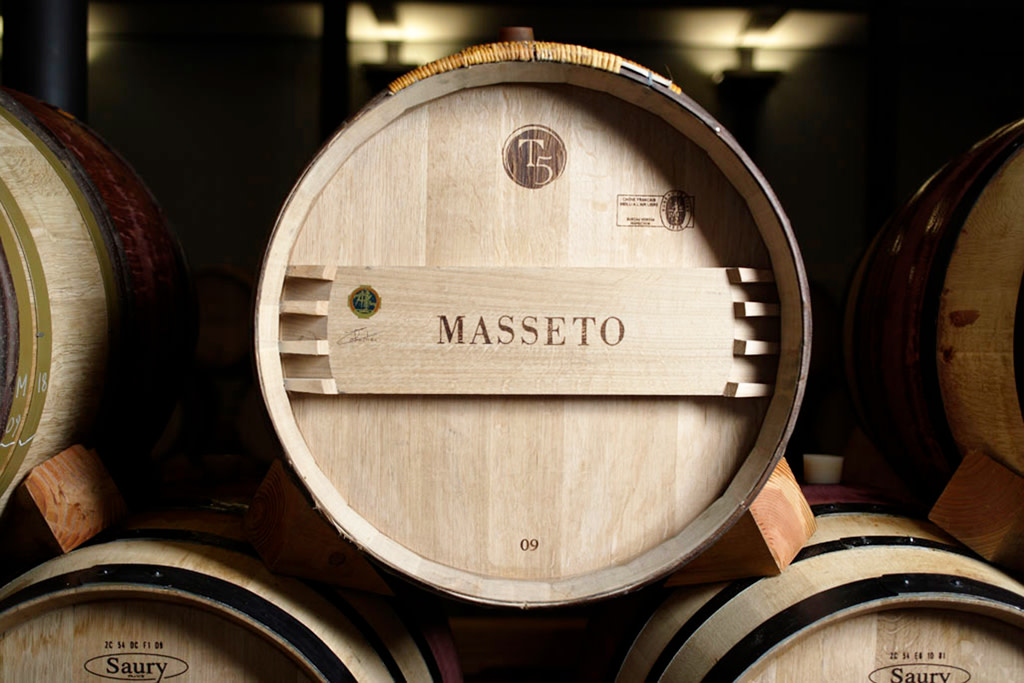 September sees a flurry of the Golden State’s most illustrious names hit the market. Opus One – the joint venture between Mondavi and Ch. Mouton Rothschild – is consistently in demand, and no more so for the 2018, with 98 points from Wine Advocate’s Lisa Perrotti-Brown MW and 99 points from Suckling. Having tasted it ourselves – we can vouch for the elegance of the vintage. It’s also worth paying attention to the new release of Overture (also based in the 2018 vintage), which is undoubtedly the best to date.

The new vintage from Maya Dalla Valle – who trained at Pétrus, Latour, Masseto and more, and is now heading up the family estate, Dalla Valle – is guaranteed to fly. The 2018 Maya has already got a smattering of top scores, with 100 points from Wine Advocate’s Lisa Perrotti-Brown MW, who wrote, “As cerebral as it is downright hedonic, this Maya is simply jaw-dropping.”

This year will also see the latest vintage of Beaulieu Vineyard’s Georges de Latour Private Reserve – Napa’s first cult wine, and only its second release via La Place. The 2018 has 98 points from both Vinous and Suckling, with Antonio Galloni describing it as “sensational”. 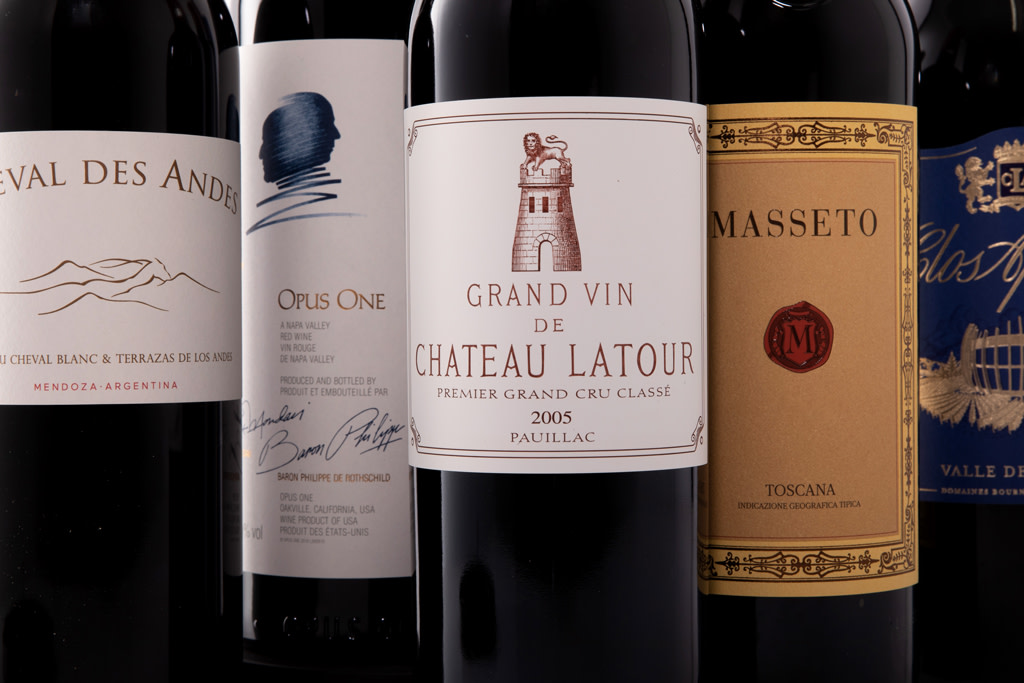 The September Series isn’t limited to the New World – with a handful of estates in Bordeaux and the Rhône joining in, including the annual release of a ready-to-drink vintage of Ch. Latour, after the First Growth left the en primeur system. This year sees a star-studded vintage, 2005, emerge from the cellars. A vintage that needs little introduction, this wine has unsurprisingly high scores; tasting it earlier this year, Antonio Galloni gave it a perfect 100 points, describing it as “life affirming”.

Ch. Palmer will also release 2011; while a less illustrious vintage, Robert Parker described it as the wine of the vintage in Margaux. Cheval Blanc , meanwhile, will release the 2019 vintage of Le Petit Cheval Blanc, the property’s highly desirable white. While normally Ch. d’Yquem would also release a vintage of their sweet wine, they are holding back the 2019, so this year sees only the 2020 vintage of Y d’Yquem (the estate’s dry white) released.

Looking across to the Rhône, Ch. de Beaucastel will release the 2019 vintage of their Hommage à Jacques Perrin. This cuvée comes from ancient Mourvèdre vines and is made in tiny volumes. Alistair Cooper MW of jancisrobinson.com describes it as “a powerful thoroughbred”.

A handful of wines from South Africa and Australia have also made their way onto La Place. The 2018 vintage of Klein Constantia’s Vin de Constance – the iconic sweet wine with a long and fabled history – will be released this year, perhaps a comfort to sweet wine fans who won’t be getting their fix with Yquem. Only scored so far by James Suckling (98-99 points), he rightly acknowledges it as a “unique wine”.

Two names from Down Under get their second release via La Place this year. The 2017 vintage of Jim Barry’s The Armagh Shiraz – a Clare Valley legend – will be joined by 2018 Wynns John Riddoch Cabernet Sauvignon, a standard-bearer for Coonawarra. 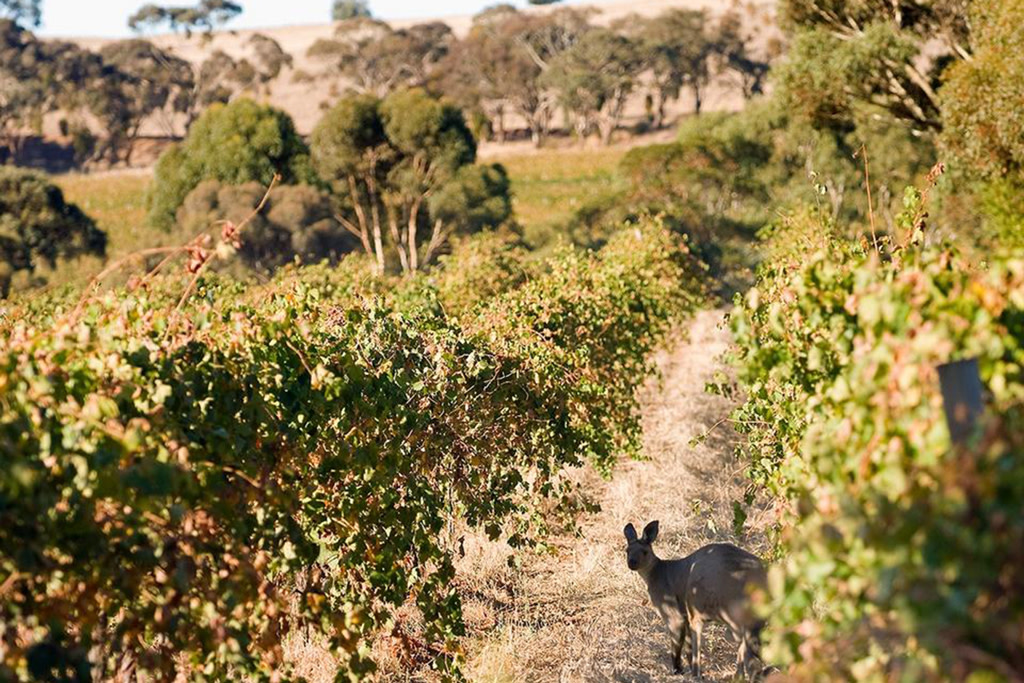 Amongst the vines at Jim Barry in the Clare Valley

This year sees several new names join the September Series. First up is Peter Michael Winery: founded by Sir Peter Michael CBE in the 1980s, this estate has been championing single-site, elegant wines from its corner of the Knights Valley, on the border of Napa and Sonoma, ever since. The 2018 vintage of the property’s Cabernet blends Les Pavots (from a single plot on the original Knights Valley estate, 97 points from Jeb Dunnuck) and Au Paradis (from a site in Oakville, purchased in 2009, 98 points from Jeb Dunnuck).

While Robert Parker has spent much of his time rating wine, he also invested in a property in Oregon with his brother-in-law Michael Etzel. The result is Beaux Frères, now part of the Henriot stable, in Ribbon Vale, which produces world-class Pinot Noir. The 2019 vintage of the two top cuvées – from the Beaux Frères Vineyard and Upper Terrace Vineyard – will hit La Place this year.

For the first time, Australia’s most famous estate, Penfolds, will release one of its wines, Bin 169 Coonawarra Cabernet Sauvignon. A classic expression of this grape on the region’s terra rossa soils, the 2018 is described as “impressive” by Suckling (97 points). Recently announced is the first vintage of Yjar – a new ultra-premium Rioja from Telmo Rodríguez. It’s described as an “outstanding first bottling” (James Suckling, 97 points) and “a wine that transcends the vintage” (Luis Gutiérrez from Wine Advocate, 96 points).

Register interest in upcoming releases, or browse those that are already available here. Read more about La Place de Bordeaux and the September Releases 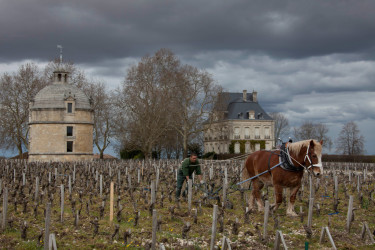