EditorialwinesEverything you need to know about Port 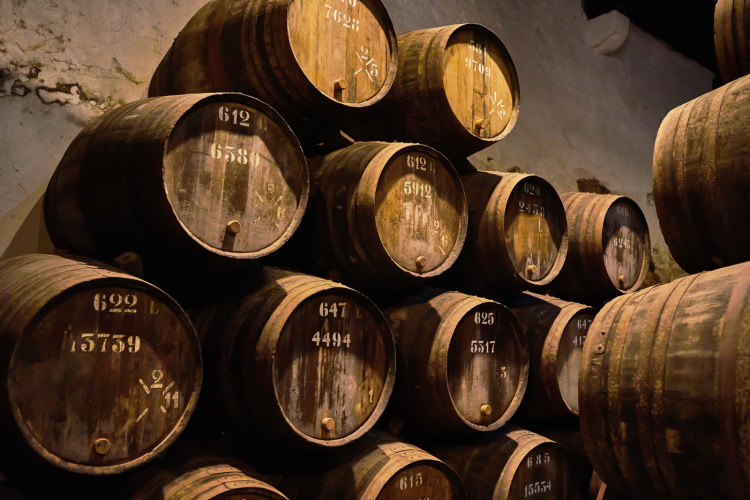 Rich, complex and deeply rewarding, at its best Port is one of the most age-worthy styles of wine produced today. Here’s a quick guide to the fortified wine – from the various styles made to the best vintages to buy

Port is a fortified wine made in the Douro Valley in Portugal. Traditionally the wines were shipped along the river to Oporto (also known as Porto), from which the wine takes its name.

A huge number of grapes are permitted for Port production, however, there are five main varieties used: Touriga Nacional (widely thought to be the best grape for Port, giving its name to Quinta do Noval’s top wine, Nacional), Tinta Barroca, Touriga Franca (or Touriga Francesa), Tinta Roriz (aka Tempranillo) and Tinto Cão.

The vineyards sit on steep, terraced slopes alongside the Douro river. Thanks to these vertiginous slopes, much of the vineyard work has to be done by hand, with little mechanization possible. The further inland you go – moving east from Oporto – the hotter and drier the climate becomes. The vineyard area is divided into three key regions:

Baixo Corgo: The coolest and wettest region which produces the lightest wines.

Cima Corgo: With lower rainfall and higher temperatures, this is the traditional area for the best Port wines.

For red wines, the grapes are trodden – traditionally by foot, but also now by machine – and fermentation is cut short by the addition of neutral alcohol (called aguardente), thereby leaving residual sugar in the wine.

Ruby: The most basic, entry-level Port is Ruby. The wine tends to be aged in cask or tank for two to three years. Bottled while youthful, it’s bold and full of primary fruit, with a fiery kick from the spirit. No need to decant.

Reserve: A step up from ruby, this wine is normally aged a little longer (again in bulk rather than bottle), perhaps being made with higher-quality fruit, so that it has more complexity than a ruby Port. No decanting necessary.

LBV: Late Bottled Vintage Port comes from a single year, but spends more time maturing in cask (rather than bottle). Bottled between four and six years after its harvest, the wines are designed to be consumed long before vintage Port, but offer some of the complexity of the style. Some wines are filtered and others aren’t, so it may or may not need decanting.

Crusted: This style takes its name from the crust, or sediment, it throws while in bottle. A blend of several years, the wine is – like LBVs – aged a little longer in cask before bottling, and likewise is designed to offer some of the complexity of vintage Port. Decanting is essential.

Vintage: The finest Ports come from a single vintage. This style accounts for a mere 1% of production, with the wines only made in certain years from the very best fruit. Traditionally vintages are either “declared” by producers (and therefore it is a year where they make a vintage Port) or not (with the official declaration classically announced on St George’s Day, a year and a half or so after the harvest). There are, however, a few years with “split declarations” where some producers chose one year, and others chose another for their vintage wines. While once there were only three or so declarations each decade, climate change has seen an increasing number of years producing fruit worthy of vintage wines, and therefore an increasing number of declarations.

The wines tend to spend two or three years in wood, but are aged mostly in bottle. These wines are built to last – having lots of tannin, flavour and alcohol. Spending decades in bottle, they develop extraordinary complexity. Because of the high tannin level, these wines throw a lot of sediment and it is essential to decant them.

Single Quinta: These are vintage wines from single “quinta” or estate (while Vintage Ports are often a blend of estates), often produced in years that are not officially declared.

Tawny: Tawny Ports are aged oxidatively in cask, and thereby gradually losing colour to develop a “tawny” colour, while also developing nutty, dried fruit and caramel aromas. The longer it is aged, the more complexity it has. (The most basic examples are a blend of ruby and white Port to create the appearance of a Tawny, but none of the same flavour complexity.) Tawny Reserves have seen minimum seven years in cask, while many come with an age statement – 10, 20, 30 or Over 40 years old – indicating the average age of the blend. Colheita is a Tawny from a single vintage, spending minimum seven years in cask prior to release (although it is often longer). They are designed to be consumed soon after bottling (a long time in bottle can in fact negatively impact the wine’s quality) and no decanting is necessary, although you may want to chill the wine lightly. Given their oxidative nature, Tawnies can often last longer once open than their red counterparts.

White: White Port is mainly made with the Gouveio, Malvasia Fina and Viosinho grapes. Youthful examples can make for an excellent aperitif, sometimes served with tonic and lemon as a cocktail, but you can also find rare aged white Ports, carrying an age statement that – as with Tawny Port – is the average age of the blend. 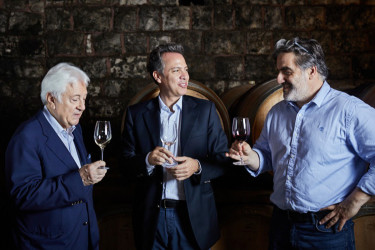 The five most read features in 2020