EditorialwinesLisa Perrotti-Brown MW on the evolution of Bordeaux 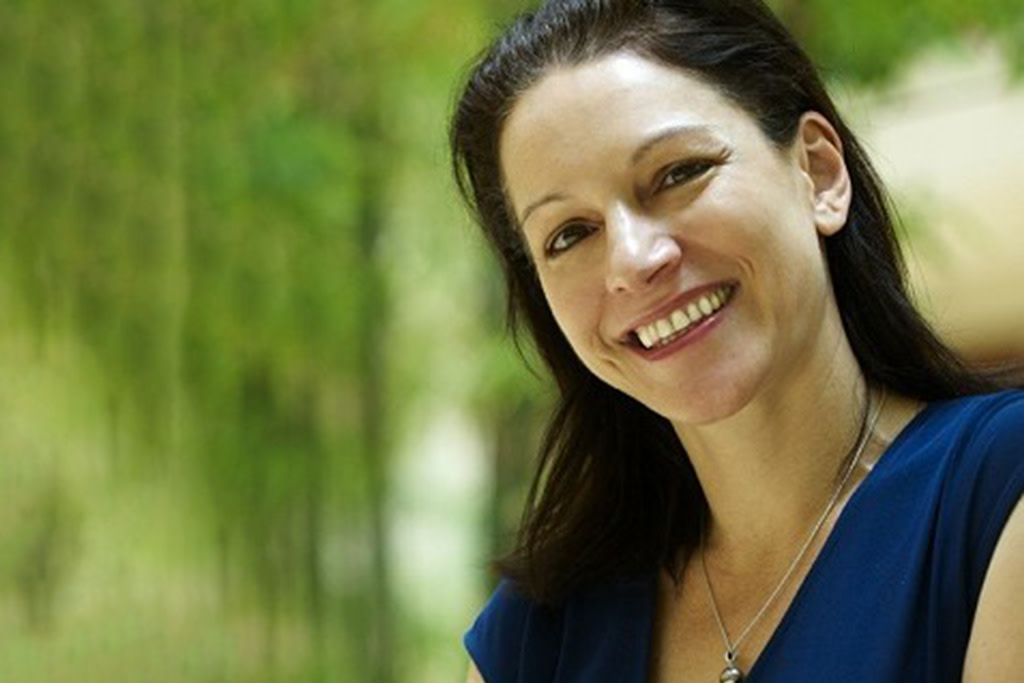 There’s no doubt that the style of Bordeaux has shifted over the past two decades. But what’s caused the change – and are the wines better? We sat down with one of the world’s most influential wine writers, Wine Advocate Editor-in-Chief Lisa Perrotti-Brown MW, to delve into what defines modern Bordeaux

There are few people that get to taste Bordeaux as often or as thoroughly as the Wine Advocate Editor-in-Chief Lisa Perrotti-Brown MW. Based in Napa, her knowledge of how the Bordeaux varieties are managed – both in Bordeaux’s moderate climate and the hotter region of Napa – has become a huge asset in understanding and assessing Bordeaux in a warming climate. With such exposure to vintages past and present, being mentored by the world’s most influential critic Robert Parker, there’s no one better to consider what defines Bordeaux today.

Perrotti-Brown has a clear idea of how and why Bordeaux has changed so much in the last 20 years, while at the same time emphasising that there’s no “hard stop” to an era. An individual château’s period of change can be different to its neighbours. “It seems like every château has had its challenging period,” she says, “whether it be a dogmatic winemaker, recurring faults in the winery or even financial difficulties.” Each era of Bordeaux is not simply defined by set vintages, however – with the benefit of hindsight – she believes you can see clear, defining moments over the last two decades where the style of Bordeaux has changed.

Like much of the wine world in the 1980s and ’90s, Bordeaux châteaux were still understanding the effects of faults in their wines – whether it be volatile acidity, dissolved oxygen or Brettanomyces. With increased emphasis on ripeness and new oak, these issues only increased. “Brett and other faults love new oak and higher alcohol, it was almost a perfect storm,” she explains. But as this became more of an issue in the region, it led to more research, bringing about a much better technical understanding of why these things were happening. It was this scientific awakening that Perrotti-Brown believes was the catalyst for the modern era.

“Momentum for change has sped up in the last 20 years and there have been lots of triggers,” she says. “There is a better understanding of what ripeness is, precision viticulture and winemaking, the development of technology and of course there is climate change.” But outside this and perhaps the most important “trigger” behind this change, she believes, is money.

“To run a château has become very expensive: 30 or 40 years ago many of these châteaux were simply operating as agriculturalists, now it is a multi-million-dollar business.” Big money has no doubt brought about big investment and Perrotti-Brown believes in many ways it has “levelled the playing field”. A lack of investment in the winery and vineyard is now a rare excuse for poor performance. “It has raised the standard throughout the region. Investment and greater precision has created a lot of diversity – more than we have ever seen before.”

In terms of taste, the most positive developments in Bordeaux for Perrotti-Brown come from the vigneron’s better understanding of ripeness, both in terms of tannin ripeness and fruit concentration. “Hindsight is a beautiful thing,” she quips, “but we have seen dark periods on both sides of the spectrum in Bordeaux.”

There were real issues with lack of ripeness through much of the 1970s and ’80s. High production levels saw diluted grapes harvested and simply chaptalized (sugar added) to bring up the alcohol, then at fermentation, the must was overworked to extract enough colour and tannins. Since top Bordeaux was known for its long ageing potential, this was necessary to create the structure to age – “Otherwise you were going to end up with a diluted, watery mess,” explains Perrotti-Brown. This extended maceration saw the extraction of very hard tannins – “the wrong sort of tannins that come at a later stage of extraction”.

“It is better extraction techniques, only extracting quality tannins, that is a major reason behind the most recent improvements,” Perrotti-Brown explains. She points to the legendary 1982 vintage. “A lot of people at the time were saying the tannins of the ’82s were too soft, too juicy, too fruity and it just wasn’t true.” The vintage was warm, particularly for that era. “At harvest the vignerons were picking grapes with a natural ripeness to the tannins, which meant during extraction the tannins and colour came easily.” They didn’t have to overwork the grapes to extract the tannins, producing wines that were great in their youth and have since aged incredibly well. 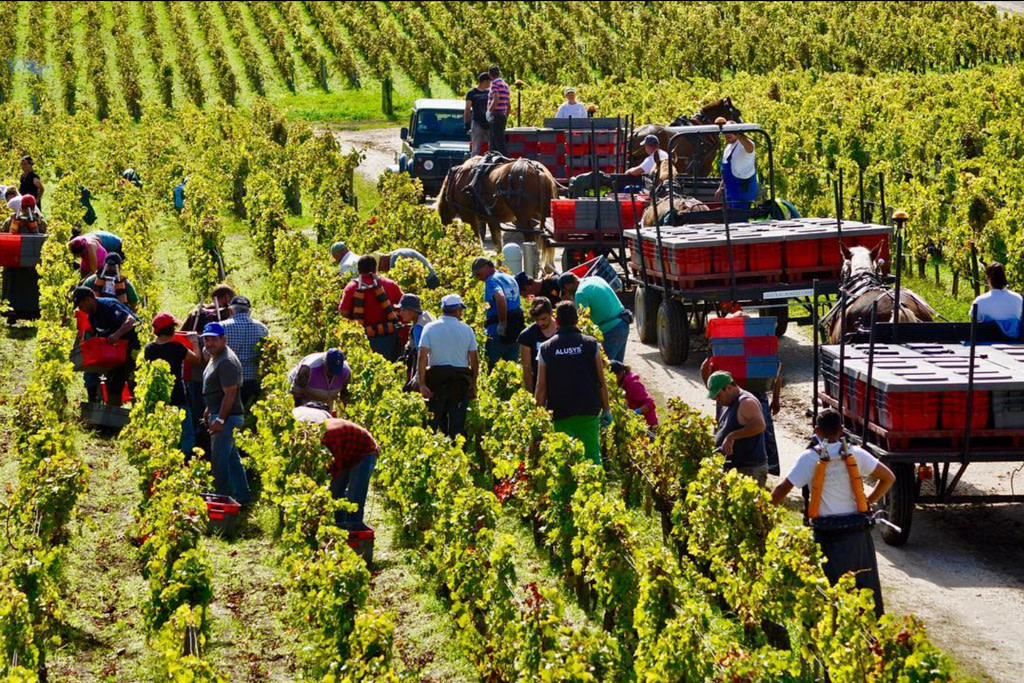 It was the quality, not quantity, of tannins that stood the 1982s in such good stead, a lesson that wasn’t necessarily learnt instantly. Overworking the musts and a lack of concentration continued to be commonplace throughout much of the ’80s and ’90s. Many wines were hugely extracted and required plenty of patience. “You compare that with now,” she says. “I was discussing the 2020 vintage with Ch. Margaux’s Philippe Bascaules – and he barely needed to touch the grapes during extraction.” At better ripeness levels (as seen in 2020), the colour and tannins extract themselves.

In the mid-90s to early 2000s, however, there was “a chase for ripeness”, in Perrotti-Brown’s words. “It was the beginning of the garagiste era – with reductions in yield, later picking and an emphasis on power. You had super low yields, producing behemoth, impenetrable wines in their youth, 200% new oak etc – people were really pushing the boundaries.” It is a style that is seen by many as actively encouraged by Perrotti-Brown’s mentor Robert Parker, who at this point was arguably the most influential man in Bordeaux.

The incredibly hot 2003 vintage marked a watershed moment for Bordeaux. “Bordeaux winemakers had never seen anything like it. Grapes were turning to raisins on the vine,” Perrotti-Brown says. Despite the year’s conditions which exposed the push toward ripeness, the emphasis on power continued up until the 2010 vintage.

Despite the focus on ripeness and extraction, there were some exceptional vintages – but Perrotti-Brown questions how well these wines have since aged. This is, in her view, a key shift in the region. She compares tasting the 2005s en primeur, with tasting the vintages of today. While 2005 was clearly a fantastic vintage, tasting these wines so young was really difficult, with aggressive tannins. Many winemakers were, Perrotti-Brown says, “making wines by formula”. A high-quality vintage gave vignerons a free ride to push the extraction even more.

The criticism often made of 2005 is that it has taken such a long time to come around. Similar issues are raised with the same vintage in Burgundy. The year was at the height of the trend for maximum ripeness and extraction, for both Bordeaux and Burgundy, and the resulting wines shut down for a long period. Perrotti-Brown accepts that people have different expectations on when to drink Bordeaux, but she loves to drink wine in its mid-life, when there is both primary fruit and tertiary development. The problem with the 2005s, she says, is that that window never really opened: the wines remained closed, only beginning to open up now, when there is little primary fruit left.

“Many of the ’05s are, wow, exceptional now, but you miss that sweet fruit and it’s what I like about the modern vintages,” she says. Looking back, “Winemakers could have dealt with 2005 much more wisely.” The 2009 vintage provides an interesting contrast. Like the ’82s, the natural ripeness of the tannins meant the wines didn’t shut down in the same way the 2005s did. 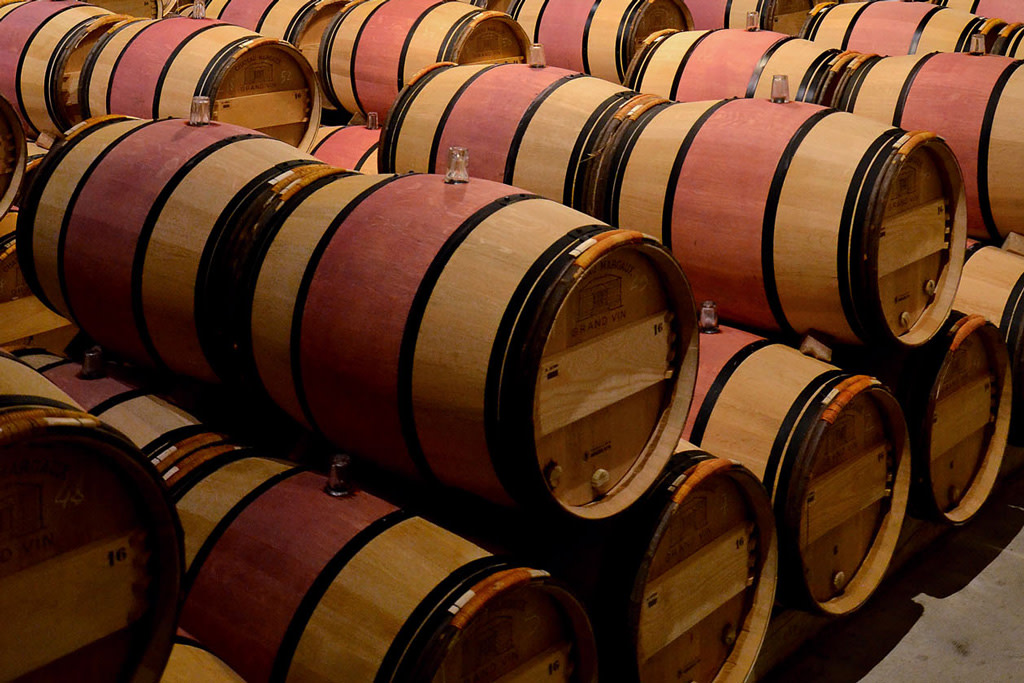 Barrels in the cellar at Ch. Margaux, Margaux

Of course, higher levels of alcohol also helped increase the potential tannin extraction. Alcohol is a solvent. Increased ripeness, which in turn leads to higher alcohol levels, can therefore lead to too much phenolic extraction. While this was a risk for many wines in the early 2000s, fortunately today’s winemakers know much more about how to handle riper fruit.

The 2010 vintage might have been the last year of big, bold, extracted wines, it was nature rather than the Bordelais that dictated the change, Perrotti-Brown notes. The ’11, ’12, ’13 and ’14 vintages meant winemakers had to deal with cooler, more difficult vintages. It was not possible to produce bold wines in these vintages and retain balance. This was almost a period of introspection for Bordeaux and, for Perrotti-Brown, it led to a distinctive development where “the ethos of precision” took charge from the 2015 vintage.

While there are of course exceptions, from 2015 Perrotti-Brown feels you started to see more plot-by-plot management of the vineyard, with picking times becoming much more accurate – picking plots and fermenting them separately, “rather than throwing everything together”. Extraction also became much more precise, focusing on only the quality tannins – a marked change from the previous era. This new ethos brought, in Perrotti-Brown’s view, a lot of “soul-searching” in the vineyard, with people like Alfred Tesseron spearheading a movement toward more sustainable practices. But overall, Perrotti-Brown notes, “There is so much creativity too and many people are doing different things. It has created a lot of diversity.”

Amongst the creative changes happening in the winery and vineyard, developments in the wine’s élevage always seems to be a big talking point in Bordeaux. Oak is an integral part of the Bordeaux “recipe”, but – after an over-reliance in the 2000s – its use was becoming increasingly scrutinised. “Oak doesn’t ever go,” she says. “It settles down, integrates and evolves with the fruit, but it can push itself forward.”

“Oak is absolutely necessary for giving shape and spice to the fruit, as well as tannic interest to the wine,” says Perrotti-Brown: for her, it’s about oak being used “smartly”.

“Most people have pulled back on the new oak from the 2015 vintage onwards, but, like the tannins, it is not about more or less oak, but about using it more wisely. There is a much better understanding of oak today and much better quality of oak being used. What it lends to the tannin structure is a nice back up to the skin tannins and a spiciness in the background.”

The new era – from 2015 onwards – is certainly contributing to Bordeaux being “on a good run”, in Perrotti-Brown’s words. But while there is great consistency today, she’s under no impression there won’t be problems ahead. “Warm, dry vintages have become the norm, but how warm and how dry before this becomes an issue? Bordeaux was lucky in 2020 that they got a bit of rain in August,” she says.

While a lot has changed over the last 20 years in Bordeaux, there are no guarantees for the future. No matter the technology, Bordeaux’s fate lies in the hands of the shifting climate – and terroir, or more specifically the clay or limestone soils equipped to deal with hot, dry conditions, has never been so important. For now at least, though, Bordeaux is basking in its era of precision, with 2020 the third great vintage in a row. Let’s hope Mother Nature holds the region in her favour a little longer.

Lisa Perrotti-Brown MW’s report on Bordeaux 2020 for the Wine Advocate has now been published. Read our summary (including the wines she rated most highly) in our round-up of the critics’ verdict on the vintage.

Find out more about Bordeaux 2020 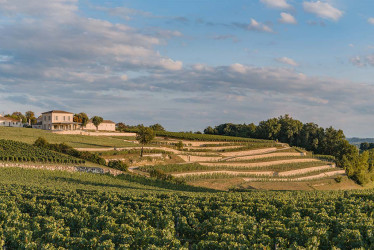