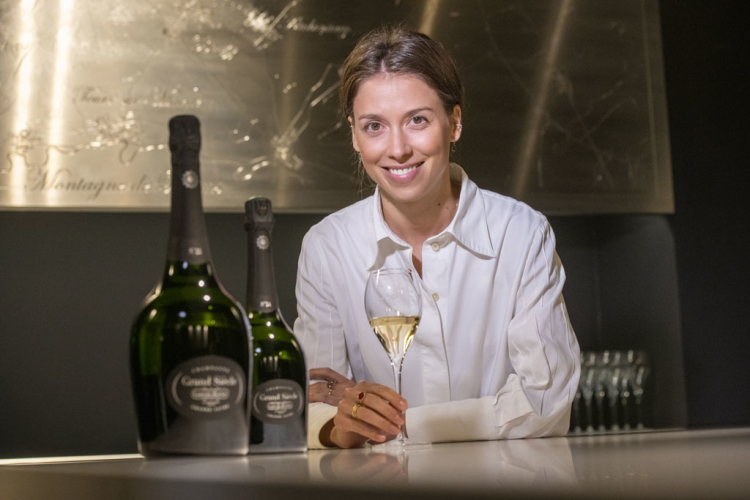 Ahead of the long-awaited release of Grand Siècle Itération No 23 in magnum, we speak to Champagne Laurent-Perrier’s Lucie Pereyre de Nonancourt to find out what’s so special about their prestige cuvée

Champagne’s climate can be fickle. Of all the fine wine regions around the world it has to be the most unpredictable. Lucie Pereyre de Nonancourt chuckles as she recalls the countless times she has heard the latest vintage described as “unlike any they have seen in 50 years”. She explains: “We hear this all the time. No vintage in Champagne is the same!”

It is the region’s capricious nature that dictates the thought process behind Laurent-Perrier’s prestige cuvée, Grand Siècle. A blend of three vintages, all with very different, complementary personalities, the idea is, that when blended together, they capture all the potential qualities a vintage in Champagne is capable of – but are rarely found in one.

While Laurent-Perrier is widely recognised as one of the region’s great Champagne houses, Grand Siècle hasn’t necessarily garnered the same sort of attention as other prestige cuvées. Possibly one could argue this is because it is the only non-vintage Grande Marque prestige cuvée – but it is almost definitely because, up until recently, the vintages that made up each new release of Grand Siècle weren’t revealed.

That all changed in April 2019 when the house first released Grand Siècle Itération No 24 in bottle and Itération No 22 in magnum – identifying the blend of vintages and what each brought to the blend. Fundamentally each vintage should bring one of the three elements that can typically define a great Champagne year – structure, freshness and elegance or acidity.

There have been just 24 different iterations of Grand Siècle since its conception in 1959. Pereyre’s grandfather and Champagne legend Bernard de Nonancourt first had the idea for the cuvée. (It was Bernard who took Laurent-Perrier from a small Champagne house to one of the region’s most recognised brands.) The concept came to him “from observing nature”, says Pereyre. “Champagne has a difficult climate – every harvest is very different but quality is also very different.” The perfect year didn’t exist. For him, a great Champagne was one that has reached aromatic complexity, without losing any of its vivacity and freshness – and that was the aim with Grand Siècle.

Bernard’s concept had three rules. Firstly, it should always be made up of three vintages. Secondly, it should always be Chardonnay-dominant – a signature of the Laurent-Perrier house. And thirdly, it must all come exclusively from the Grands Crus of the Côte des Blancs and Montagne de Reims. Speaking with Pereyre, it becomes clear just how much work and time goes into each Itération of Grand Siècle. Each release is 15 years in the making: once all three vintages have been selected, they are blended then spend at least 10 years on lees. The wines do not see any oak and are made as reductively as possible, another key to the cuvée’s freshness.

The wine is only released when ready to drink, but Pereyre is confident each has the potential to age 20, 30, even 40 years without losing its vibrancy. As larger-format bottles evolve more slowly, magnums of each Itération are typically released a couple of years later. 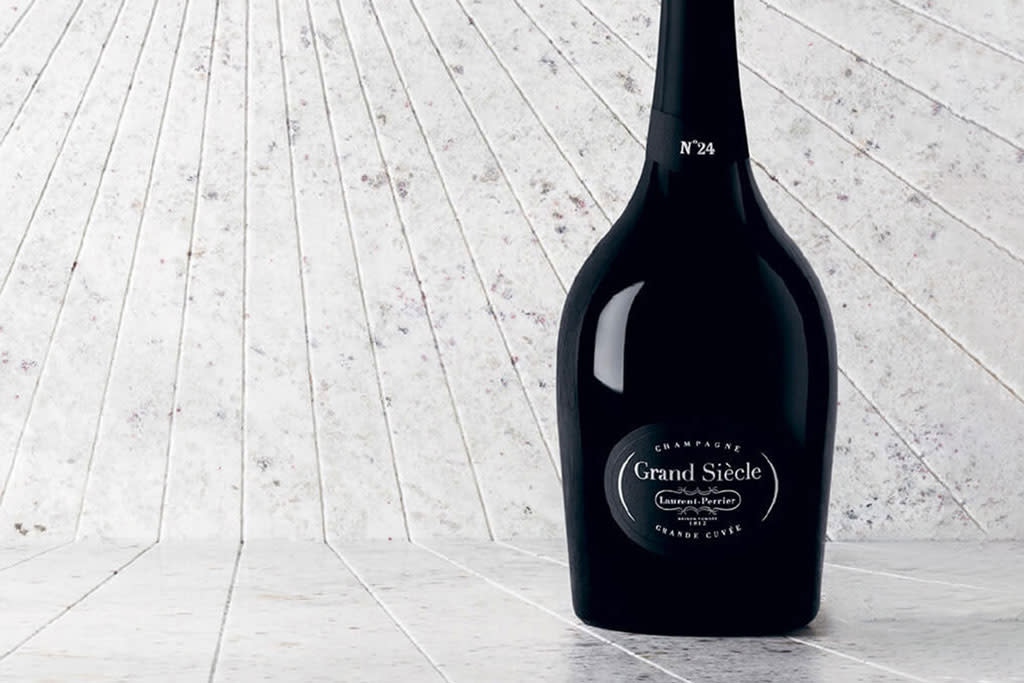 Pereyre has spent her life in Champagne. Baptised with Grand Siècle as a baby, it seems fitting that today she is charged with the prestige cuvée. Laurent-Perrier is one of the few Grandes Marques still under family ownership. Her mother and aunt took over from her grandfather in 2010, with Peyeyre joining the business in 2019.

Ever since she joined, Pereyre has been training under the watchful eye of Chef de Cave Michel Fauconnet, one of Champagne’s most experienced winemakers. Fauconnet has been working at Laurent-Perrier since 1974 and headed up the winemaking in 2004. He is also the winemaker of the illustrious Salon (also owned by Laurent-Perrier).

Fauconnet has Pereyre studying how each parcel tastes, how it develops and how it works in the blend. While Grand Siècle always comes from 11 Grands Crus – Mailly, Ambonnay, Bouzy, Verzy, Verzenay, Tours-sur-Marne in Montagne de Reims, and Cramant, Oger, Mesnil-sur-Oger, Chouilly and Avize in the Côte des Blancs – the proportion in each Itération is different. “The top of the hill versus the bottom can bring very different expressions to each vintage,” says Pereyre. “All the hard work of Champagne is in the blending – every cellar master knows what they have in mind and what style they want to express. Ever since my grandfather created the first Grand Siècle, it has been the cellar master’s job to try to recreate this style – linear, taut, mineral, a lot of acidity, not too open aromatically – but not too acidic and to have some roundness.” It is still very early days for Pereyre, but she is tasting all the time – the only way to learn, and appreciates she is blessed with a great teacher.

With the contents of each Itération now in the public domain, the wine is gaining huge scores from the region’s leading critics – perhaps unsurprising given the pedigree of the vineyards and cellar team. Grand Siècle is the greatest expression of Laurent-Perrier’s house style.

Grand Siècle Itération No 23 in magnum is out now. Browse all Champagne Laurent-Perrier listings 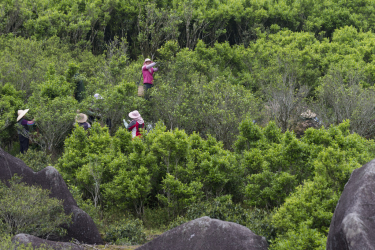 The time for tea: next-level brews