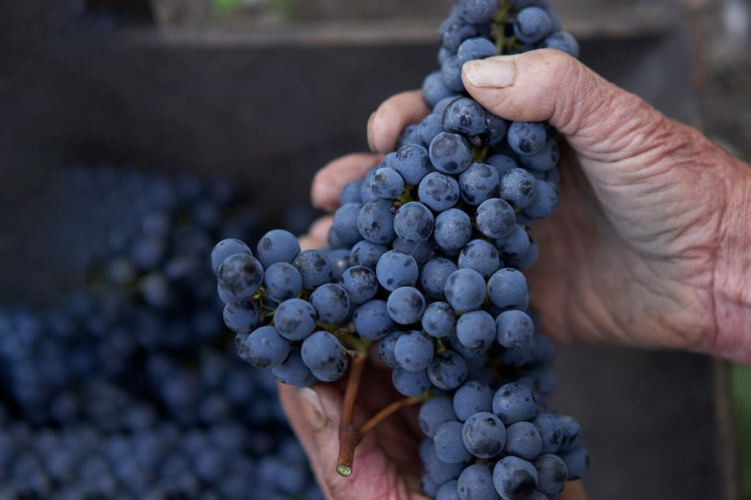 Climate change poses a serious threat to wine-growers around the world. Bordeaux has just allowed the use of new grape varieties to help its producers cope with the increasingly hot, dry conditions – but what does this mean for the region’s identity? We talk to the region’s top winemakers about the future of the Bordeaux blend

From January 2021, the Bordeaux and Bordeaux Supérieur appellations permit the use of several new varieties – Touriga Nacional, Marselan, Castets and Arinarnoa, as well as two white grapes, Alvarinho and Liliorila, the theory being they’ll help shield the region from the ever growing threat of global warming. As the region heats up, or more importantly dries up, some of the Bordeaux mainstay varieties are suffering from rising alcohol levels, disease and water stress.

The new varieties all possess properties that counter climate change – natural high acidities, resistance to mildew and later budburst to offset the risk of spring frosts. While the recent changes only affect wines under the more basic Bordeaux appellations, are they paving the way for a wider relaxation in the region’s rules? And does that mean the flavour profile and identity of Bordeaux’s top châteaux are about to change?

For Pierre-Olivier Clouet at Ch. Cheval Blanc there is concern over the potential of the varietal blend (encépagement) changing. “We believe that the encépagement is part of the DNA and the identity of the estate,” says Clouet. “Planting some Touriga Nacional, Grenache, Syrah at Cheval Blanc… it seems ridiculous.” While plenty of winemakers up and down the Médoc are dismissive of the idea, the warming climate is not selective – and even the top terroirs are going to be affected.

The 2020 vintage was the hottest on record when you look at the temperatures throughout the 12-month period. The summer was also one of the driest, with not a single drop of rain in some regions for over three months. Pomerol, according to Ch. Lafleur’s Omri Ram, is into its fifth consecutive year of drought and these weather patterns are becoming the norm in the region.

Clearly some terroirs are better prepared for climate change than others. The clay soils of Saint-Estèphe and the limestone bedrock of Saint-Emilion, for instance, survived 2020’s drought virtually unscathed. These water-retaining soils are adept at locking in moisture and slowly releasing it through the drier months. But the deep gravel soils of the Left Bank are putting vines in real danger during long periods of drought. 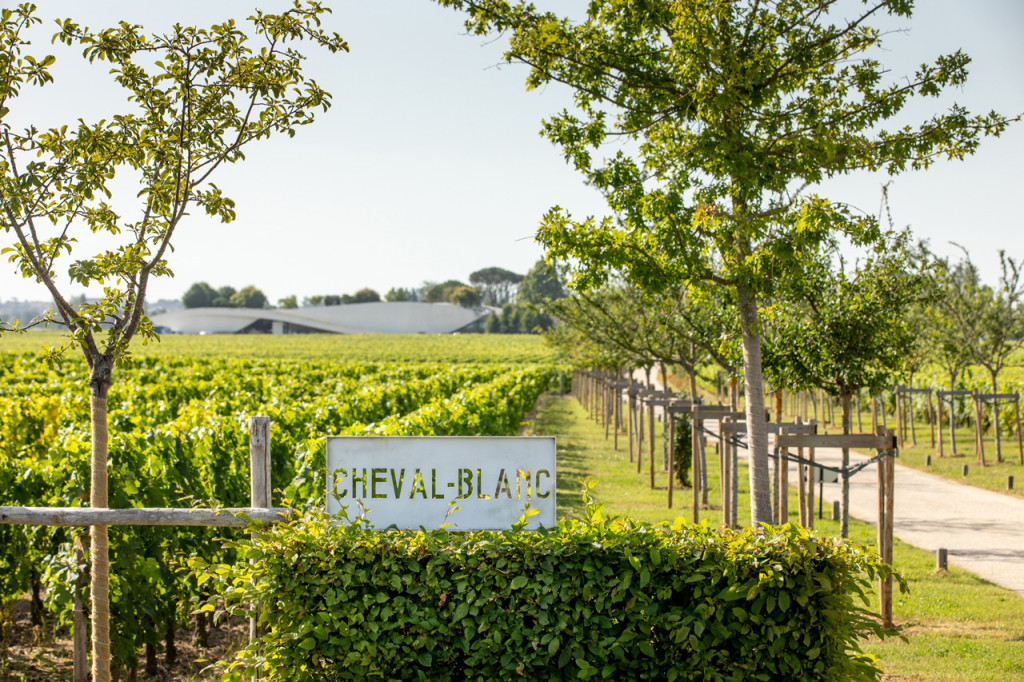 The vineyards of Cheval Blanc

Lorraine Watrin from Ch. Montrose outlined the huge difficulties faced at their other Saint-Estèphe estate Ch. Tronquoy-Lalande, where (unlike Montrose) the estate’s gravel soils go down a staggering 10 metres. The drainage is so good on these soils that when there is no rain, the vines really suffer. Montrose is more fortunate, having just 1.5 metres of gravel sitting on a bed of moisture-retaining clay. But ongoing droughts are going to pose real problems for deeper gravel vineyards in the future – and solutions need to be found.

Despite the obvious threat of drought, speaking with top estates on the Left Bank, they remain fairly comfortable about their future, even though their best soils are on raised gravel beds. The reason why? Cabernet Sauvignon. As temperatures have increased and the level of rainfall has dropped, Cabernet Sauvignon has proved its mettle. The vine is incredibly resistant to disease and its long ripening cycle has seen the variety thrive in the longer, more intense summers.

Nicolas Glumineau from Ch. Pichon Comtesse is a big fan of Cabernet Sauvignon and has continued to increase its role in his wines’ make-up over the last decade. “Even if the temperature increases, Cabernet Sauvignon will still be very adaptive to the Left Bank,” he says. In their 2020, the wine consisted of 77% Cabernet Sauvignon with a further 7% Cabernet Franc, Merlot representing just 17% of the blend. Glumineau is not alone, in fact amongst all the producers I spoke to, there was little to no concern over Cabernet Sauvignon’s future and its dominance in their blends in the long term.

Being such a large wine-growing region and with plenty of investment, Bordeaux is a hotbed for change, but Ducru-Beaucaillou’s Bruno Borie thinks the addition of new varieties is premature. He reminds us that Bordeaux is one of the more moderate climates in Europe. It wasn’t that long ago his father was forced to plant more Merlot to avoid having to chaptalise the wines (add sugar to the must) because the Cabernet Sauvignon wasn’t ripe enough. “Without being arrogant and with all sincerity, we benefit from having Cabernet Sauvignon riper much more often than in the past,” he says. “Bordeaux is the northern limit for ripening the grape and here there is no need to replace it.”

Merlot’s future is perhaps a little less assured on the Left Bank, as Borie admits – but he believes the alternative to Merlot is likely to be already permitted varieties, rather than new ones. “Petit Verdot and Cabernet Franc should keep us going another 50 to 70 years at least,” he says. Asked why not just switch to 100% Cabernet Sauvignon, Borie believes that however hot or dry it gets, the low-lying, clay riverbed vineyards would never ripen Cabernet.

Despite concerns for Merlot’s future, grown in the right places the variety continues to thrive on the Left Bank. Just look at its success in 2020, a very hot vintage. Rainfall at just the right time helped retard alcohol levels in the Merlot. For those whose cooler Cabernet Sauvignon parcels didn’t fully mature, their Merlot replaced it and played a more significant role in the blend and saved the vintage. The grape is still fulfilling its role as the balancing variety in today’s Bordeaux blend. 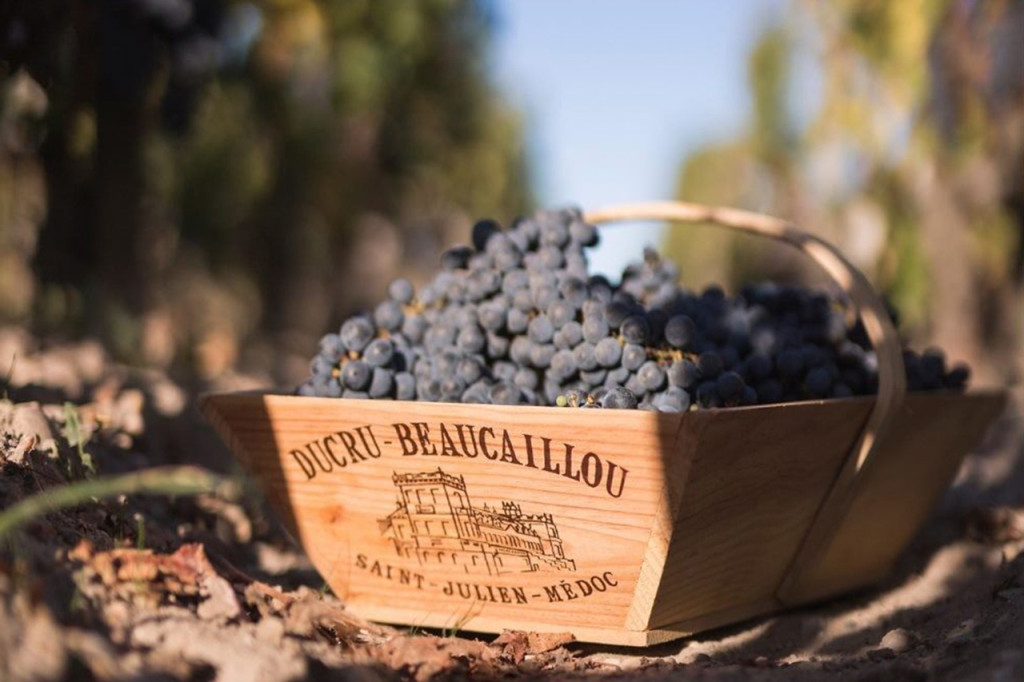 Despite Cabernet Sauvignon’s and Merlot’s impressive performances of late, plenty of experiments are going on, even at the very top estates. Ch. Lafite-Rothschild is already trialling massal selection of their own vines and new varieties including Touriga Nacional, Marselan and Malbec. For the moment it is too early for Lafite to draw any conclusions, but they’re keeping an open mind.

While the major estates aren’t switching up the blend yet, producers are looking at peripheral Bordeaux varieties as potential alternatives. On paper, Malbec seems a good option.

Before phylloxera, Malbec was the most planted variety in Bordeaux, but never really made a comeback after the outbreak. But seeing Malbec’s success in the hotter, drier mountain valleys of Argentina, could it rise back to prominence with global warming? Nicolas Audebert – winemaker at Rauzan-Ségla and previously at Cheval des Andes in Mendoza – is not so sure. Malbec in French literally means ‘”bad beak” or “bad nose”, thanks to the negative reputation the variety had in Bordeaux, even when more dominant in the blend. “Prior to phylloxera, Malbec was used as a ‘filler‘ grape,” Audebert says, “used to balance out problems in the vineyard – namely providing more colour and ripeness to the wine.” Audebert compares it to Pinot Meunier in Champagne, whose role is similar. “Pinot Meunier is less sensitive to frost, so it is planted in the more frost-prevalent lower slopes, rather than the best terroirs. It never had the chance to reach the potential of Chardonnay or Pinot Noir. Malbec suffered the same issue.”

Audebert has planted Malbec at Ch. Berliquet in Saint-Emilion. He believes Malbec on clay could be extremely interesting and is keen to see how it works in the blend. But Malbec has its problems: it’s very sensitive to coulure (flowers not developing into berries, therefore producing lower yields), as well as mildew. Of the Bordeaux varieties, it responded the least well to grafting – hence why it wasn’t replanted widely in Bordeaux after phylloxera. Audebert reminds us that Argentina didn’t have these problems: “Low humidity in Mendoza meant mildew was not a problem in spring and there was no grafting, as the region used flood irrigation to battle phylloxera.” Since these remain challenges for the variety in Bordeaux, he doesn’t see it becoming more dominant in the future.

Many wineries up and down the Médoc are lowering the proportion of Merlot in their blends, opting instead for more Cabernet Franc. “Blending just 5% of Cabernet Franc in with Merlot can be an effective method of lowering the alcohol, as well as adding freshness,” says John Kolasa (ex Director of Ch. Canon ). “It is something Pétrus did with the 2019 vintage. Look at the success of Ch. Figeac in 2019 – a third Cabernet Franc, a third Merlot and a third Cabernet Sauvignon. This is a big increase of Cabernet Franc in the blend and is performing better in the warming climate.” There aren’t many wineries in Bordeaux not increasing the Cabernet Franc plantings in their vineyards, given its improved performance in a warming climate. Pichon Comtesse, L’Eglise Clinet and of course long-term believers Cheval Blanc and Lafleur are all confident of the variety’s future and its growing role in the Bordeaux blend, both on the Left and Right Bank.

Petit Verdot is another late ripening variety that thrives in the hotter, drier conditions. Could this peripheral variety become a star performer in Bordeaux’s future? Unlike Cabernet Franc it has yet to become more prominent in blends, often because just a small amount can dominate the structure and flavour of the wine and overpowers the more nuanced characters of Cabernet. Nicolas Glumineau is unsure that the variety is a saving grace, however. “I have some difficulties with Petit Verdot, it is a very tricky grape to grow… it’s very fragile – to wind, to rain, to many things and finally you just can’t pick it absolutely ripe every year.” 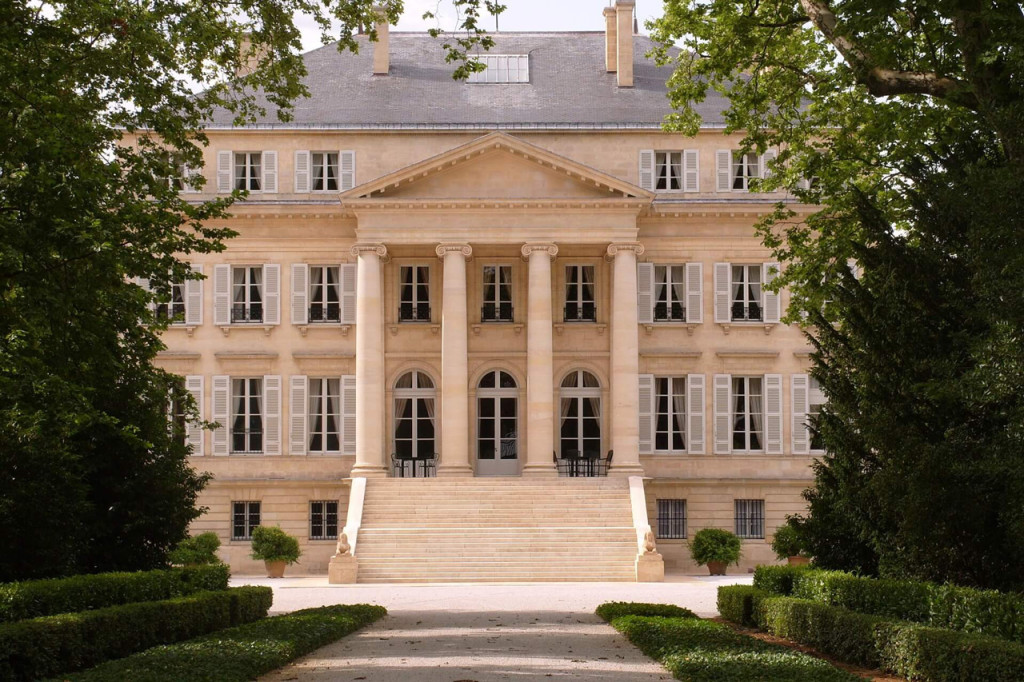 While the new appellation rules allow new varieties, is changing the blend really the best solution to the ongoing issues of global warming? Ch. Margaux’s Philippe Bascaules certainly doesn’t think so. For him, changing the grape varieties is far too extreme when there are other, more subtle changes that, he believes, would be much more effective. “Currently we are at 10,000 vines per hectare but we don’t have to be,” he says. “Changing the row orientation would also have good results. Good for changing the effect of sunburn on the grapes.”

Ch, Pontet Canet’s Justine Tesseron is another advocate of making alterations in the vineyard, not changing varieties. She is happy with how the Cabernet performs on her gravel soils and feels that there’s simply no need to experiment with other grapes. For Tesseron, the way in which the vines are farmed is more important: “A biodynamic vineyard is better placed to cope with the extremes. We treat individual vines based on their individual needs – it is all about the small details.”

Pierre-Olivier Clouet at Cheval Blanc sees a change in varieties as a last resort. He and his team have long been thinking about how to tackle global warming. “We are sure that the answer is in the vineyard management,” he says. They are looking at rootstocks, the size of the canopy, the yield (“If we want to preserve freshness, it’s better to have a little more yield”), cover crops, ploughing or no-till farming and how polyculture can help. Clouet is another Bordeaux vigneron who sees the problems – but also plenty of potential answers. They experiment a lot at their other property, Ch. Quinault l’Enclos. “We try to always be very open minded,” he says. But he is clear also that “We should never forget who we are.”

Bordeaux is awash with a mix of cautious optimism, as well as open-minded experimentation. For the time being, it doesn’t look – at least amongst the more prestigious classified estates – like they will be adding new varieties to the blend any time soon. Until alternative approaches in viticultural and vinification fail, Bordeaux’s varietal DNA looks safe. 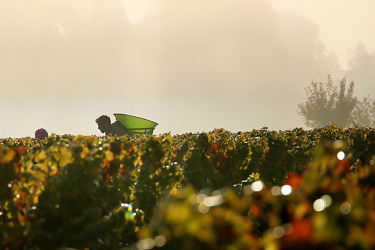