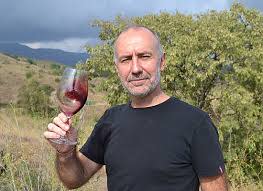 This week we caught up with Valenti Llagostera, one of the great Priorat producers from the Mas Doix winery. Valenti's knowledge of the region is unparalleled and fascinating to listen to - from its extraordinary history, its unique soils, its fateful battle with phylloxera, and it meteoric rise back onto the global stage. Priorat is one of the top appellations in Spain, being one of just two wine regions in Spain awarded the top DOCa qualification, the other region being Rioja. Yet Priorat does not share the same limelight as Rioja in terms of global awareness and its identity is perhaps a lot less understood - for a number of reasons.

First is the comparative size difference between the two regions in terms of area under vine and average yield, which are miniscule in Priorat compared to Rioja. Secondly, the large production volumes of many of the established Rioja brands have allowed them to export their wines consistently for the last 100 plus years, further securing the region's reputation around the world. I say consistently because whilst Priorat's winemaking history goes back over 600 years, it went through a very dark period after the outbreak of phylloxera at the end of the nineteenth century and did not recover until the early 1990s. Despite achieving DO status in 1954, it wasn’t until the early 1990s that independent producers started to produce premium quality wines from the region and the world started to take notice of Priorat.

The History of Priorat

Like with much of Europe during the medieval period, where you find monk settlements you also find wine production. It is believed that the Carthusian Monastery of Scala Dei, founded in 1194, introduced the art of viticulture and winemaking to the area of Priorat. The monks continued the winemaking tradition in the region for another 600 years before their ownership over the land was redistributed to large landowners in 1836. Due to this redistribution of land, workers farmed the vineyards but because they didn’t own the land, they never bottled under their own names. All wines at the time were vinified at large co-operatives, which remained the case right up until the 1990s. This lack of ownership of the land among the local workers left Priorat completely devastated following the outbreak of phylloxera in the 1890s.

Disaster struck the main wine regions of France in the mid 1800s with the outbreak of phylloxera, an infestation of vine killing aphids introduced to Europe from explorations in the Americas. However phylloxera did not reach Priorat until much later than France and actually benefited the region at a time when France’s wine industry was on its knees. By the 1880s, Priorat was producing some of Europe’s best wines, winning gold medals at the Exhibitions of Paris and Barcelona. It was a real boom time for the region which saw the entire region populated with vineyards and the villages completely dominated by grape growing and wine production. Phylloxera finally reached Priorat in around 1880 and within 4-5 years the region was left devastated. Not a single vine survived the outbreak and with the workers having no tie to the land they simply left to find work elsewhere - coinciding with the rise of the Catalonian textile industry. The distinct schist soil of Priorat - whilst perfect for quality wine production - was too infertile for anything to grow, at least in the commercial sense. Even almonds and olive trees could not survive here. Large towns and villages were left empty and the region never recovered. Even today, many of the large villages still exist but largely uninhabited . 5,000 hectares planted under vine were reduced to just 600 and Priorat remained largely forgotten until the early 1990s, when a small group of winemakers led by Rene Barbier started what has become known as the 'Clos-led Quality Revolution'. 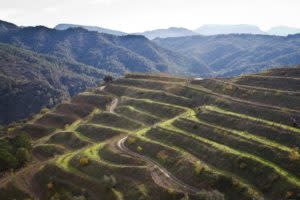 Priorat in the twentieth Century Post the phylloxera outbreak, some small holders did replant vines in 1902 on phylloxera-resistant American rootstocks. Valenti Llagostera’s ancestors were a small group who did so, and it is these vines that still survive today and produce their top cuvee 1902. However, prior to the revolution, all wines in the region were vinified in bulk by the local village co-operatives. At this time the wines were picked very late with the wines reaching 17-18 degrees alcohol and often used by the Bordelais to add colour and body to the wines of Bordeaux. Valenti states that if you ever want to know what Priorat from the 1940s tastes like, the only surviving bottles would be aged Bordeaux. From the time of the monks up until the mid 20th century, the vineyards were planted as field blends – a blend of Garnacha and Carinena, which meant that the Garnacha was often picked over-ripe and the Carinena under ripe. It was only in the early 1990s when experienced vignerons from outside the region saw the potential in Priorat and how to improve it.

This movement initially started off as a handful of winemakers who planted new clos (walled) vineyards in the most ideal sites in the region. These included Clos Eramus, Clos Mogador, Clos Martinet, Clos de l’Obac and Clos Dofi, which for the first few vintages vinified the wines together to produce one wine under the five different names. From 1992 onwards the wines were vinified separately. The next breakthrough for the region was bringing back to life ancient vines in the region. The first to do this was Carles Palacios who produced a wine called L’Ermita , made entirely from very old vines. Very quickly L’Ermita reached cult status when it received some of the highest ever scores for a Spanish wine from wine critic Robert Parker.  This chain of events in quick succession very quickly put Priorat on the world map. Palacios’s l’Ermita now costs upwards of $2,500 a bottle, and sits alongside other top wines from the region: Clos Mogador, Clos Figueres, Clos Erasmus, Finca Dofi, Mas Doix 1902 Centenary Carignan, and Terroir al Limit’s Les Manyes. Valenti saw this revolution in the region happen before him. Born and raised in Barcelona, every year throughout his childhood and into his adult life he and his family would visit Priorat to help his cousins with the harvest. They had always given their grapes to the co-operative but following the Clos-led Revolution in the region it soon became clear that Mas Doix had some of the finest and oldest vines in the area. Encouraged by Rene Barbier and the new movement, Valenti persuaded his cousins to set up a winery and to start vinifying their own wines from their finest vineyards, their first vintage being 1999. By 2001, Mas Doix’s old vine Priorats were quickly gaining respect amongst the new movement and further afield. 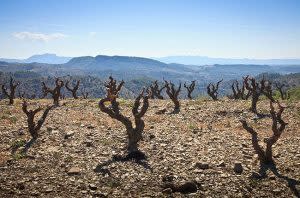 The final piece of the puzzle, and arguably the most important, is the specific terroir that makes Priorat unique. Unlike Burgundy (where there is a multitude of various soil types each creating different terroirs from one vineyard to the next), the soil in Priorat is very homogeneous, dominated by 300 million year old llicorella slate (schist). The llicorella schist is some of the oldest soil in world and plays a crucial role in the fine wine production that the region is renowned for. What is particular about the soil is that the fissures within the slate are vertical. In cold winters, water runs through the fissures and freezes as it does so, breaking apart the slate and enabling vine roots to reach deeper and deeper into the ground. Valenti states that their 60-80 year old vines reach 10 metres into the ground; their 100 year old vines, 15 metres; and their oldest 1902 vines a staggering 18 metres into the ground. The combination of this infertile slate soil, steep slopes, high variations in day and night temperatures and an altitude of around 500 metres together produces tiny yields of highly concentrated grapes. Typically less than 1kg of fruit is produced per vine. For Mas Doix’s oldest vines, each vine produces between just 200-300 grams of intensely flavoured fruit.

Such extreme conditions require “heroic viticulture” in which only small vineyards can be effectively managed, requiring huge amounts of economic investment to even be able to grow grapes. Whilst the region's steep slopes have been heavily trellised, Mas Doix has reverted back to bush vines grown on untrellised slopes, believing that the trellising of the land damages the fissures in the slate soil. Also the trellis vines don’t benefit from the retained heat in the soil which has a special effect on the ripening of the grapes. All of these changes bring added expense and harder working conditions to the vineyards, but the quality of the wines and the global interest in these wines have proven that such hard work in the vineyards pays off. 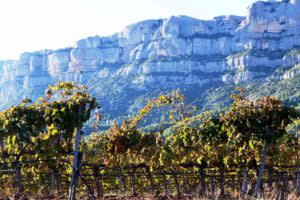 Priorat red wines are predominantly made from the Garnacha (Grenache) varietal along with some Carinena (Carignan). Cabernet Sauvignon, Merlot and Syrah are also permitted varietals. The wines are full bodied and intensely concentrated, with a great affinity to oak maturation. The high diurnal variation in temperature during the growing season manages to retain good acidity in the wine despite the high concentration of ripe fruit, also giving the wine a complex array of aromas.

Mas Doix is one of the few Carinena-led wineries due to the particular micro-climate around the village of Poboleda. Whilst the soil is homogenous throughout Priorat, the micro-climates throughout the region vary greatly and the north-east facing vineyards of Poboleda are on average two degrees cooler than the south. Mas Doix will often harvest 10 days later than a neighbouring village due to being distinctly cooler. This region is ideal for Carinena production, bringing with it the tremendous ability to bring structure, acidity and freshness to the aromatic Garnacha.