Your guide to Montalcino 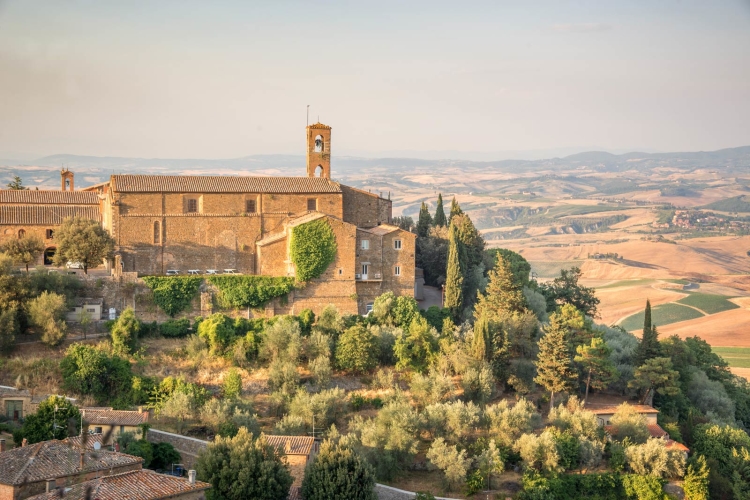 As the Brunello 2016s are released, Gavin Smith examines the varied terroir of Montalcino, as one way to decipher the different styles of this beautifully varied landscape.

Brunello di Montalcino is so well established in today’s world of fine wine; it is hard to believe how relatively young its international reputation is. While it all began with Clemente Santi in the mid-1800s, prior to 1968 when Montalcino first received its DOC status, there were just 25 producers operating in the region. It was these founding fathers that went on to set up the Brunello Consorzio to promote and protect the region’s heritage. By 1980, when Montalcino was awarded DOCG status, there were 53 producers operating in the region. Today with over 240 producers Brunello di Montalcino is one of Italy’s most famous fine wine regions. As the vineyards have expanded, so has the range of styles, showcasing the varied terroirs and distinct characteristics of the single vineyards or Crus. Despite the climatic differences in Montalcino, the concept of sub-zones within the region is still in its infancy and not without controversy.

Some producers are reluctant to endorse a terroir-specific identity to Montalcino because many have vineyards throughout the region. They use this to their advantage, identifying how certain sites in different vintages perform better than others, allowing them to play around with their blends when designating what becomes their Brunello and what is relegated to their earlier-released Rosso di Montalcino.

Another reason for their reluctance is that within these zones there is plenty of variation. Micro-climates within a sub-zone can vary dramatically, most notably in altitude. It is the altitude of the site that for many Brunello producers is the central factor in determining the style and in many cases the quality of the wine. If this is the case, high-altitude vineyards could have more in common with each other than neighbouring vineyards lower down the slope within the same sub-zone. For this reason, single vineyards or Crus could be a more accurate way to understand Montalcino’s terroir.

While subzones do not tell the whole story, where producers have vineyards located in a very specific subzone with a distinct identity, it is understandable that producers would want to emphasise this.

However, altitude and prevailing winds also play an important role in the microclimate of a site. The vineyards in the hottest region of Montalcino in Castelnuovo dell’Abate are also some of the closest vineyards to Mount Amiata, which at 1,740 metres is large enough to create its own weather patterns. This is hugely beneficial, creating a larger diurnal shift in temperature.

The 2016 vintage offers great quality but also great terroir transparency, providing drinkers a great opportunity to explore the many different styles of Montalcino. While the sub-zones (particularly Montosoli) have a distinct flavour profile, the important factors of altitude, picking dates and winemaking techniques all play a role in what is a rich and varied tapestry of styles. 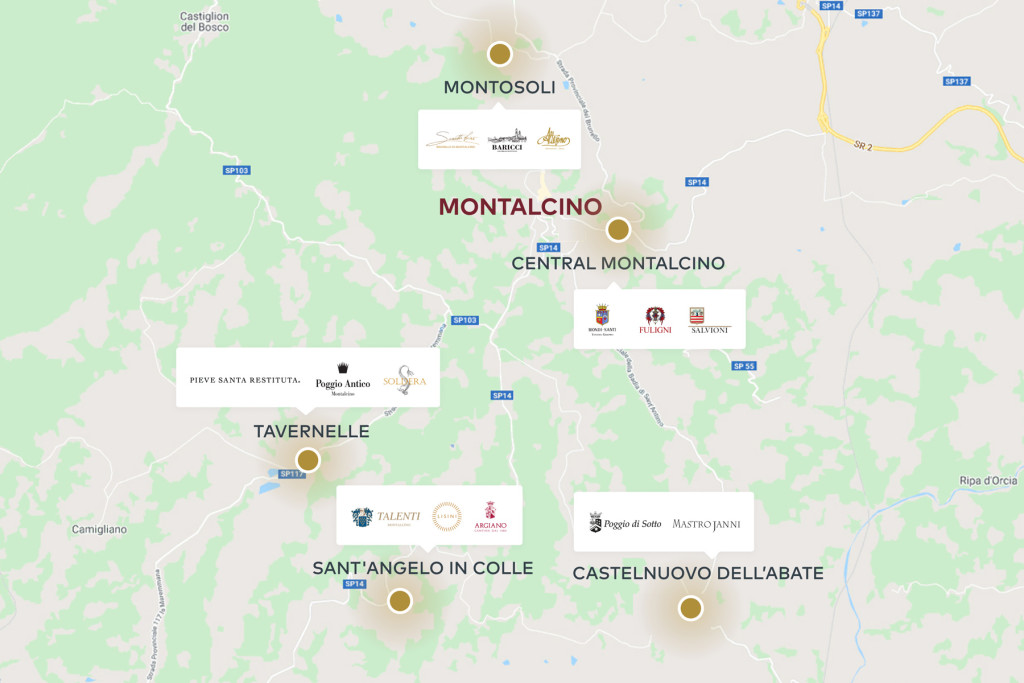 Directly to the north of Montalcino sits the Montosoli hill, perhaps the most distinct terroir in the region and certainly the sub-region that most strongly champions the sub-zoning of the appellation. Montosoli is distinct not just because of the cooler climate but also because of its soil, a distinct calcareous galestro rock.

Wines from Montosoli have a finesse to the tannins as well as a heightened aromatic capacity. The galestro rock produces a sapidity and mineral salinity to the wines. Despite the notable elegance, the wines also match the power and intensity of some of the other great sites within Montalcino.

Altesino was the first producer in the region to produce a separate exclusive Montosoli cuvée in 1978. Baricci (one of the founding fathers of Brunello), however, has only ever had vineyards in Montosoli and has long been aware of the qualities of the subregion, claiming that it has been legendary for wine production for hundreds of years.

Other wineries based in the north of Montalcino outside Montosoli make some of the region’s best single-vineyard Crus, including Il Marroneto’s Madonna delle Grazie and Castiglion del Bosco’s Campo del Drago. 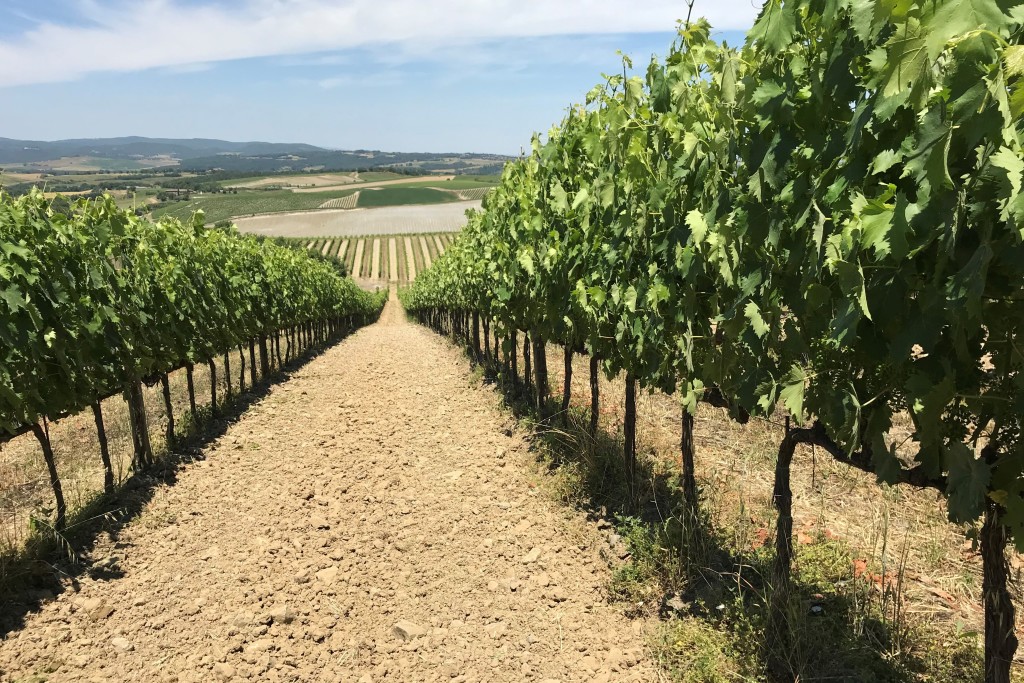 Tavernelle is home to some of the most famous producers in Italy. Soldera’s Case Basse vineyard is situated here alongside neighbouring Pieve Santa Restituta, the Brunello estate owned by the Gaja family.

For Gaja, Tavernelle is in a particularly privileged position, facing south and south-west with an altitude ranging from 320 to 350 metres, characterised by an extremely windy, dry, and bright microclimate. The windy site protects the vineyard from damp, alleviating disease pressure, while the altitude slows down the ripening, allowing the grapes to gain flavour complexity with a long slow ripening process while retaining freshness.

Poggio Antico is also based in Tavernelle and has some of the highest vineyards in the whole of Brunello at an average elevation of 480 metres. At this height the soils are rockier and more calcareous providing good drainage for the vines whilst the vineyards are exposed to the sea breezes coming from the Tyrrhenian Sea further slowing down the ripening period creating more flavour complexity in the grapes.

To the southeast of Tavernelle, these south-facing vineyards feel the full effect of the localised weather patterns caused by Mount Amiata. Here lies an historic part of the Brunello appellation with many of the original founders of the Brunello consortium based here including Lisini, Il Poggione, Talenti, Argiano and Col d’Orcia. This region is known for producing the most muscular and powerful Brunello.

Castelnuovo dell’Abate was a region of Montalcino that expanded considerably in the 1980s and 1990s. This is the warmest sub-zone in Montalcino. Here the wines are known for their balance between elegance and power. Most prominent producers in the region are Poggio di Sotto and Mastrojanni. Le Ragnaie also has a vineyard in the region as well as two vineyards in the more central zone of Montalcino. Despite the south-facing slopes, here the climate is modified by the cooling winds of Mount Amiata, particularly noticeable at night in this region. This diurnal contrast slows down the ripening, retains acidity and allows for more complex aromatic and flavour components to develop in the grapes. The mountain also acts as a protector, helpfully diverting storms from the region protecting it from hail. Again, the altitude variation in this region produces quite contrasting styles of Brunello. Poggio di Sotto for instance will pick its lower slopes four to five weeks apart from their higher vineyards in the same sub-zone.

The Central vineyards, located directly to the southeast of Montalcino, are home to some of the most traditional styles of Montalcino. This region is known for producing wines with long ageing potential. Both Fuligni and Salvioni have southeast-facing high-altitude vineyards located between 380 and 450 metres above sea-level on soils of chalk, schist and stony marl. Salvioni is a strong advocate that the best Brunello is grown at altitude.

Cerbaiona, further south in the Le Croce sub-zone, has become a cult Brunello due to its unique expression of the appellation largely due to the distinct patch of terroir. The vineyards of Cerbaiona are located on limestone shale and sandy soils offer a unique interpretation of Brunello. Finally Biondi-Santi also in the Le Croce region of Central Montalcino is the estate that started it all. The original Il Greppo estate is situated at 480 metres above sea-level and despite the high altitude the estate like to pick early, opting for a distinctly fresher, structured Brunello that is austere in its youth but is built with an incredible ageing potential. 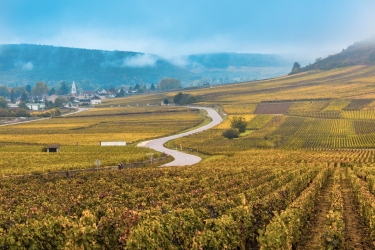