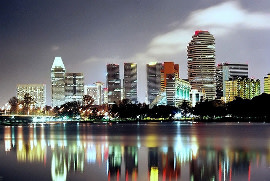 2011 Burgundy: Demand for the 2011s wasn’t quite on a par with that for 2009 & 2010, despite many tasters rating them as superior to the former and only a notch behind the latter. These are “drinkers” wines as opposed to “collectors” wines, which will no doubt disappear from the market as bottles are opened. We were very pleased to make a number of directly-sourced offers and were pleased with their success. Re-tasting the wines earlier this month confirmed our initial thoughts on the vintage: they are simply delicious, and will almost certainly look to be good value once the much-anticipated 2012s are released. 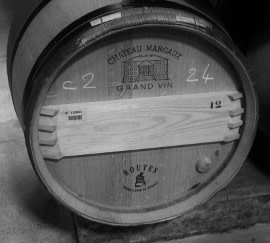 2012 Bordeaux: We believe that we are perhaps the only UK merchant to have sold more 2012 Bordeaux en-primeur than 2011. An unexceptional vintage, and frequently incorrect prices, made for a difficult “campaign”. The F+R strategy from the start was to choose carefully, and only to endorse wines that we genuinely believed in. Whilst many of our competitors were filling their customers’ inboxes with email after email on wines that weren’t wanted, we stood by our strategy and it worked.

2010 Bordeaux – “The Baltimore Bounce”:Robert Parker’s in-bottle scores on the 2010 vintage were published at the end of February. The speculation (i.e. attempting to second-guess the Special One) that we have seen prior to the event in recent years was muted in comparison to previous years, though considerable business was done once the verdict was out: Pape-Clement and Le Dome sold briskly, as did Latour and Pontet-Canet, whose 100-point scores were rather less of a surprise. In April we successfully offered the 2010 “1855 Collection”, which consisted of one case each of every 2010 vintage wine in the 1855 Médoc Classification.

2011 Vintage Port: It was widely anticipated that 2011 was going to be declared as a vintage in Oporto. The wines were released in April and sold particularly well. Unanimous praise from the critics must account for some of the demand here, though one can’t help but feel that this is indicative of a market that is looking for something different. Moreover, it may well be the case that the tremendous value that Vintage Port offers has been found out.

2013 is an improvement on 2012 so far, particularly for the private client side of our business. At the end of June, we had sold to more private clients than ever before and processed a record number of sales orders -testimony to the choice and service that we offer. As the fine wine market grows up, and demand diversifies from Bordeaux, the depth of our range becomes even more appealing. Furthermore, our extraordinary range gives us what we believe to be a unique insight into what is selling.  The numbers are as follows:

Bordeaux continues to slide, making up 53% of turnover in the first half of 2013 against 62% in the same period of 2012. Lower prices for top Bordeaux obviously play a part on this, though it is fair to say that demand is falling whilst prices find their footing. Bordeaux figures for June itself read even worse for the Bordelais: Bordeaux sales in June 2013 accounted for just 40% of turnover, against 58% in 2012.

In second place is Burgundy, with a solid 19% for the year so far, followed by the Rhone, Champagneand Central Italy. At the end of June we had sold just over 9,000 different wines. This is roughly twice the number of different wines sold in the first half of 2009.

Best selling wines by turnover: No surprises here: the Bordelais big guns priced their 2012 wines correctly and they sold well. The top wine by turnover so far this year is 2012 Lafite, with 2012 Mouton-Rothschild in third place and 2012 Margaux in fifth. Second place goes to 2010 Pape-Clement,following its 100-point upgrade by Mr Parker, and fourth place goes to 2010 Ch. Latour (though bear in mind that for every case of 2010 Latour sold, one could buy more than three cases of 2012 Margaux).

Whilst we pride ourselves on our ability to hunt out the rare and to deal with such a broad range of suppliers, our sourcing team are always looking to get closer to the source, and we deal direct wherever possible. Direct offers, so far this year, have included a number of the most prestigious names along with more obscure producers. The list includes: Olivier Lamy, de Montille, Gros Frere & Soeur, Dupont Tisserandot, Henri Boillot, Domaine de la Bongran, Sylvain Langoureau, Domaine de la Pousse d’Or, Quintarelli, Produttori de Barbaresco, Ceretto, Oberto, Cavallotto, Elvio Cogno, Parusso, Biondi Santi, Domaine du Pegau, Michel & Stephane Ogier, Mas de Boislauzan, Bodegas Casajus.

In the first six months of this year, we bought from 1,518 different suppliers, including “reservist” customers – private collectors selling their wines through the Fine+Rare marketplace. This requires an extraordinary amount of effort from our specialist logistics team, with every wine that arrives in our cellars being assiduously checked and photographed where necessary. We have two “chambers” at the Chill Store at London City Bond in Tilbury, and our staff of six are busier than ever.

Demand for the very best from the United States has been particularly strong this year, and some inspired sourcing has enabled us to offer some of the finest and rarest wines that the States has to offer. We have offered significant parcels of Screaming Eagle, Sina Que Non, Scarecrow in 2013 and, year to date, we have bought and sold more wine from the USA than we traded in the whole of 2012.

The most recent Fine+Rare news is the opening of our Singapore office. Ross Eva, one of our most experienced account managers and team leaders, moved to Singapore in June and will be recruiting further staff shortly.

Singapore has long been an important region for us, and we have traditionally serviced our Singapore customers through the London office. With one of our best men now on the ground in Singapore, we hope to bring the Fine+Rare marketplace to even more customers, to meet them, open bottles, and to gain a deeper understanding of this highly sophisticated market. The Singapore office contact details are as follows:

The latter half of the past decade saw a “commoditisation” of fine wine, and prices of top end Bordeaux, in particular, spiralled, fuelled by speculation and demand from the “new” markets of the Far East. The speculative frenzy has now cooled, and the wine market has grown up. What we have seen in this decade and, more relevantly, this year, is increased demand for diversification. The market has moved away from “commodity claret” and intrinsic, rather than speculative, value is what is driving demand. Our top selling wines by turnover are all clarets – this is no surprise given their case prices – though by volume, and excluding trade sales, the story is about value, quality, and something different. It is clear that as our market becomes increasingly sophisticated, consumers are looking for new experiences, something different.

At the time of writing, Fine + Rare are listing more than 50,000 different wines. Our model allows us to offer what we believe to be an unrivalled choice, and we have sold more than 9,000 different wines so far this year. Our sales team are constantly hunting out opportunities for their customers and our sourcing team are striving to establish more and more direct relationships with suppliers and their agents. Behind this work, our supply chain team are streamlining what is an intricate system of shipping, consolidation and delivery. We believe that we offer a model that is ahead of its time, and our staff in London, Hong Kong and Singapore look forward to being of service for the rest of 2013 and beyond.

The Top Picks from the Great Bordeaux 2010 Tasting, Singapore