EditorialwinesFinding the balance: the art of the cooper

Finding the balance: the art of the cooper 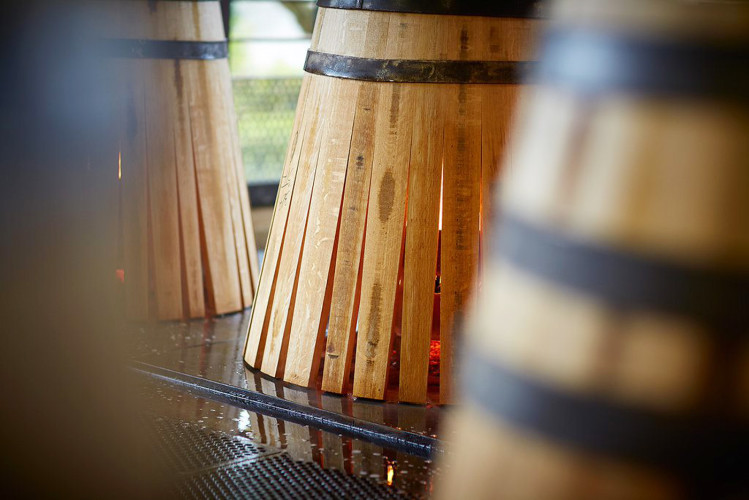 Oak has played a vital role in the changing history of fine wine. Gavin Smith spoke to Max Gigandet – Managing Director of leading Burgundy cooper François Frères – to explore the power of a good barrel and why oak isn’t going anywhere

Oak barrels have been used in winemaking for thousands of years. While initially their purpose was simply as a holding vessel, today it is much more than this. As we have learnt about wine production at a molecular level, we have discovered the unique interaction between oak and wine – adding flavour, textural complexity and increased ageing potential. These intrinsic qualities have seen oak at the forefront of fine wine’s greatest success stories – but also some of its greatest failures. The use of oak to improve a wine requires great skill and finding that balance has shaped the modern history of fine wine.

What is rather beautiful about winemaking, particularly in fine wine circles, is that despite the input from developments in science and technology, production remains an artisan craft, relying both on tradition and technology. The barrel-maker is a perfect example of this partnership and no one understands this better than François Frères. This lauded Burgundy cooper’s ties to the world’s greatest wines make it one of a very small number that have lived through the development and fashions within fine wine.

Today, business has never been better for François Frères; they produce 30,000 barrels a year and export to every major wine region in the world. The secret to the François Frères barrels historically, Gigandet believes, is their consistency, while the all-important signature toasting is paramount. To keep up with the ever-growing world of fine wine, François Frères produces tailor-made barrels that fit the varying climates and varying styles of each winemaker, meeting the standards set by today’s precision-led winemaking. Despite the growth of the business in recent years, François Frères still remains intrinsically linked to its homeland in Burgundy and the specific microclimate of Saint-Romain that is so important for the seasoning of their oak – another key factor behind the company’s success. “The microclimate of Saint-Romain, in a windy and pollution-free environment is ideal for the seasoning and drying of the oak. This oxidation of phenolic compounds under the influence of fungi, releases enzymes that hydrolyse the phenolic compounds, reducing the wood’s astringency, producing oak of the finest quality for wine production,” Gigandet tells me. 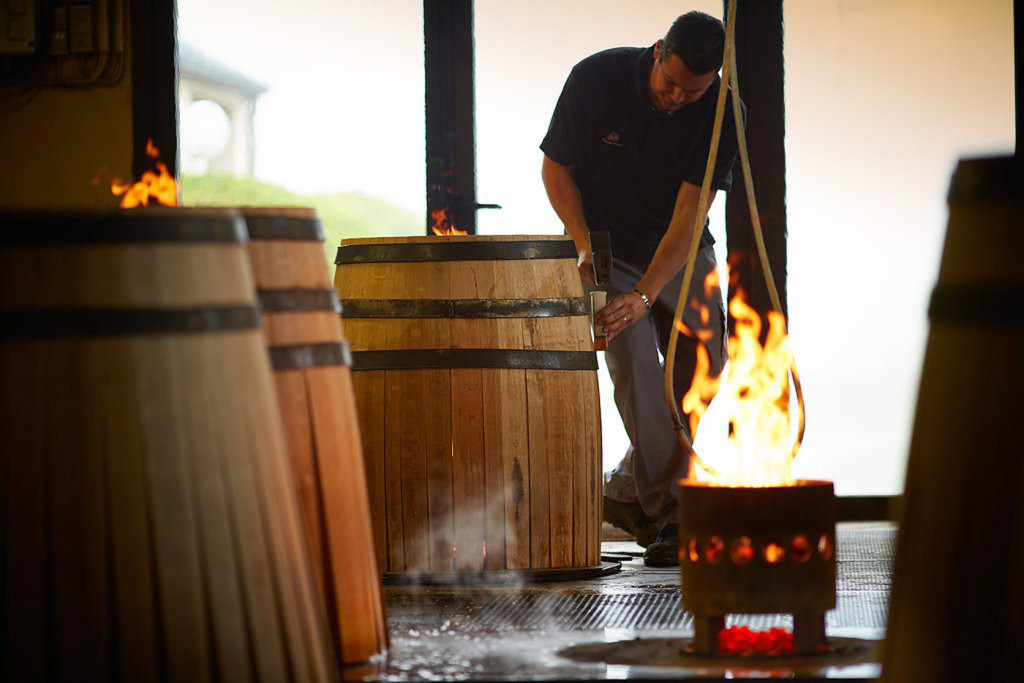 The art of the cooper is much more than just sawing and toasting – it’s about sourcing, traceability, control of drying time and heating, hygiene, temperature control, sorting and more. With increased knowledge, the quality of the barrels, like that of the wines, has greatly improved. Even just a few years ago, Gigandet admits that in colder Burgundy vintages, sometimes their barrels jarred with the wine – they “brought too much tension and could sometimes seem too austere”. But now they have a better understanding of the qualities their barrels can bring to Burgundy: “François Frères barrels remain attractive to winemakers because they are great at retaining freshness and minerality.”

Perhaps most importantly, François Frères wants its barrels to amplify a wine’s intrinsic qualities. “It wants to accentuate the beautiful tannic structure of a wine, contribute to its flavour but without excess of sweetness from the toasting, as well as amplifying the wine's tension and minerality, helping retain its freshness and its fruit,” Gigandet says. As technology has developed, so has François Frères. It is what Gigandet aptly calls “the evolution of taste” – “the cask has evolved considerably over the last few decades along with the quality of the wines. Today, the barrel is much more specific, manufacturing almost tailor-made barrels for each customer’s needs.”

The business was founded by Joseph François in the early 1900s, never imagining that being a cooper would become a full-time job. Back then, Gigandet reminds us, “It took several trades to live.” But the next generation, Robert and Henri François, saw the demand for oak casks rise, at that time mainly used to transport wines. They took the operation full-time, creating the François Frères brand in 1942. In those days, as Gigandet points out, “The tradition of maturing wines in barrels was reserved only for the very top red and white wines of Burgundy and the great Bordeaux châeaux.” Even within these regions, barrels were a luxury, re-used year after year given their expense, therefore keeping the demand for new barrels low.

By the 1960s the brothers were met by the development of stainless steel and plastic containers. The barrel quickly lost it supremacy as the preferred vessel for transportation and demand plummeted. It was only the top producers that helped keep the cooperage going. By the 1970s François Frères was producing barrels for one of the world’s most famous estates, Domaine de la Romanée-Conti – a partnership that would be instrumental in the continuation of the business through a difficult period. 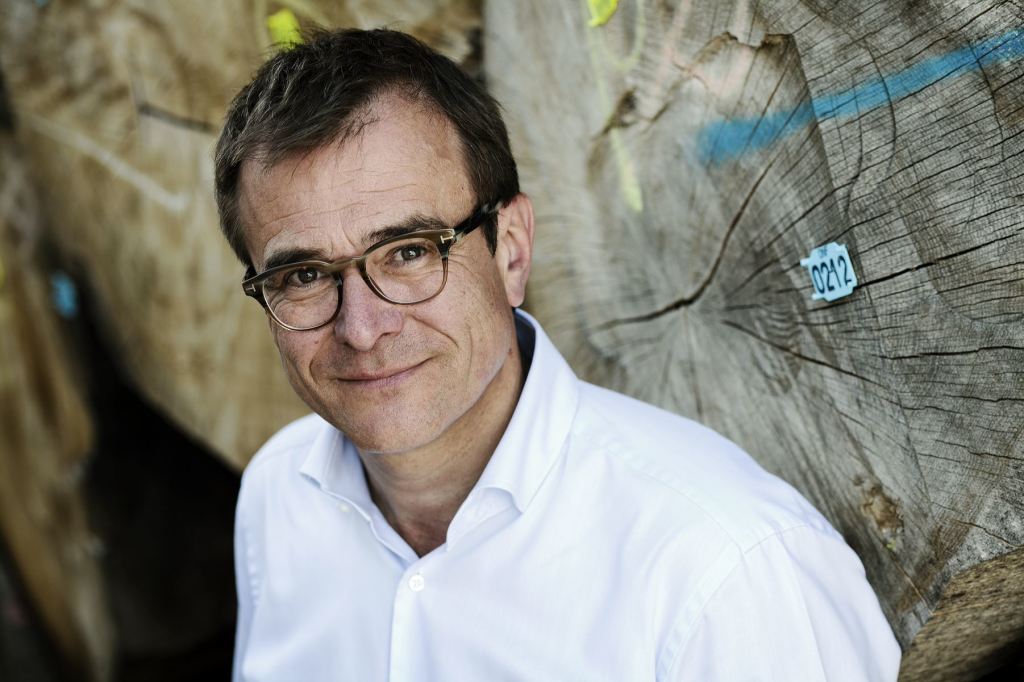 The next generation – Robert's son, Jean – was confronted by the economic downturn of the early 1970s and turned to export to save the family business. Fortuitously at this time, oenologists in the United States started to highlight how ageing wines in new oak barrels brought complementary flavours and complexity to the wines. In the 1980s, the French market caught onto the idea and both export and domestic markets grew. The oak barrel was entering an era where it would become the star of the show – and a must for all top producers. François Frères’ reputation for working with the best saw it perfectly placed to capitalise on this new-found love for the barrel.

But according to Gigandet, it wasn’t just the fashion of using new oak in the 1980s and ’90s that saw such a huge increase in demand. This trend emerged just as wine exports exploded. What he calls “the democratisation of wine” saw the world of wine suddenly open up to the middle classes – and this increase in sales saw an ever-increasing need to maintain quality and improve consistency. Such demand prompted and funded a better scientific and technological understanding of wine production. More importantly for François Frères, it fuelled the need for a better understanding of what barrel-ageing does to wine – and why.

It was already clear that contact with new oak saw a wine change profoundly. Most obviously the aromas and flavours of the wine develop, becoming more complex. These aromas and flavours are formed during the toasting of the barrels. “It is this toasting of the barrel that remains the signature of the cooper,” explains Gigandet. But the oak didn’t just impact the flavour, they came to understand that, being porous, oak allowed the wine to undergo “controlled oxygenation”. The exchange of air through the oak staves, in particular for red wines, helps stabilise the colour and polymerise the tannins. This polymerisation not only softens the wine, but brings a textural complexity, a millefeuille layering of mouth-feel brought about by the linking of long tannin chains, encouraged by the micro-oxygenation process that the wine goes through when aged in oak barrel. “François Frères barrels are ageing tools, which contribute to the textural improvement of wines, when used wisely,” Gigandet explains. 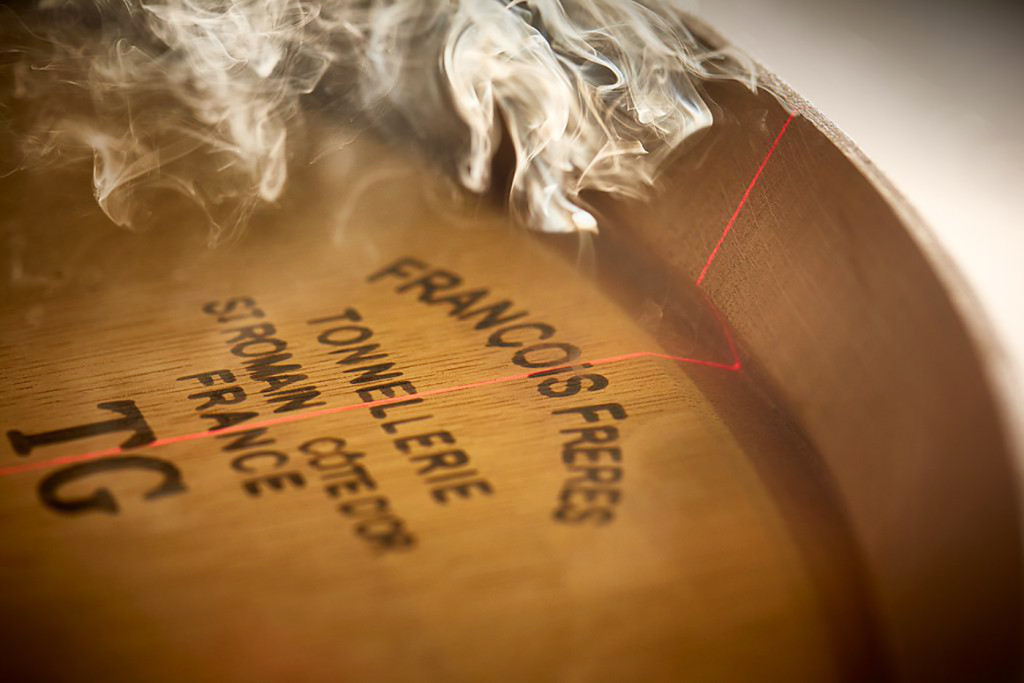 As the wine world’s love of oak grew, François Frères’ main export customers went from little-known names to pioneers in their respective regions – with Robert Mondavi in the US, Angelo Gaja in Italy, Nicolas Catena in Argentina and Australia’s Rosemount winery. Each of these producers further cemented the cooper’s reputation, representing the very pinnacle of oak barrel production.

Of course, like all fashions, the oak craze of the ’90s saw some extreme uses – 200% new oak ageing or an over-reliance on oak to provide flavour to wines that lacked the natural concentration to carry it. This saw many producers and consumers react strongly against its presence in wine at all. Even Gigandet admits that there are wines with “excess woodiness” to their detriment.

Today, the barrel also has to compete with new trends in wine maturation – the concrete eggs and clay amphorae, for instance. But while these new vessels have captured the imagination of the world’s top winemakers, it is not necessarily at the expense of the barrel. “The barrel has an important oenological role in the development of wines from certain grape varieties,” states Gigandet – notably Cabernet Sauvignon, Merlot, Syrah and Pinot Noir. But he also outlines how different ageing vessels combined can also benefit a wine’s potential for complexity. This is certainly the case amongst some leading producers in Bordeaux and Burgundy that are using both oak barrels and alternative ageing vessels.

Coopers like François Frères have weathered the changing relationship wine has had with the barrel; with shifting views of critics and drinkers over the last century. Fortunately for fine wine lovers, there’s little sign of oak fading into the background. Oak’s contribution to the world’s greatest wines remains a vital ingredient to the wine’s flavour, its textural complexity and – of course – its ageing potential. Today oak has never been so deftly handled, bringing so much to a wine, while retaining the grapes’ natural expression. The art of the cooper lives on. 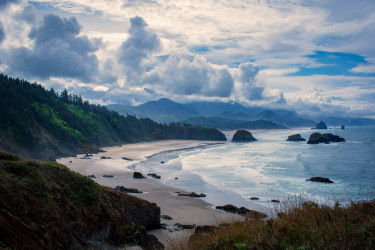