Gérard Raphet - the quiet man of Morey-Saint-Denis - lets his wines do the talking. With some exceptional terroir to play with and some very old vines, his wines exude "terroir". His impressive holdings (totally 12 hectares) include five cuvees coming from four of the best Cote de Nuits Grands Crus – Chambertin Clos de Beze, Charmes Chambertin, Clos de la Roche and Clos de Vougeot. He has two cuvees from Clos Vougeot (a standard Grand Cru and a Vieilles Vignes) as well as three top Premier Cru sites, plus village wines from Chambolle Musigny and Morey-Saint-Denis.

Raphet’s style is one of purity and precision over and above power and concentration. But don’t be fooled; his lightly-coloured Pinots have a deceptive intensity, often described as the epitome of purity and finesse, and "a real Burgundy lover’s Burgundy". His light extraction and low percentage of new oak (15%) promote distinct terroir characteristics over winemaking techniques, whilst the incredibly old vines only further accentuate the terroir of each vineyard. 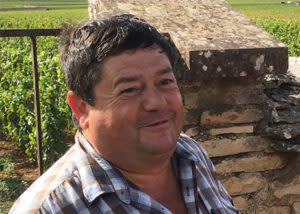 Gérard Raphet is the third generation of the Raphet family to work on these plots and he has learnt the trade through experience and knowledge passed down from generation to generation - rather than from oenology schooling. His daughter Marion now works alongside her father in the vineyard and winery. With strictly controlled yields, sorting and no fining or filtration, the wine is Cote de Nuits for purists.

Neal Martin highlights the domaine on his latest report on the Cote de Nuit stating: “I absolutely loved the two latest vintages of Clos de Vougeot, so much so that I was compelled to mention Raphet here and make a vow to visit the domaine on my next visit to Burgundy.” (July 2018)