EditorialwinesChanging of the guard at Domaine des Lambrays

Changing of the guard at Domaine des Lambrays 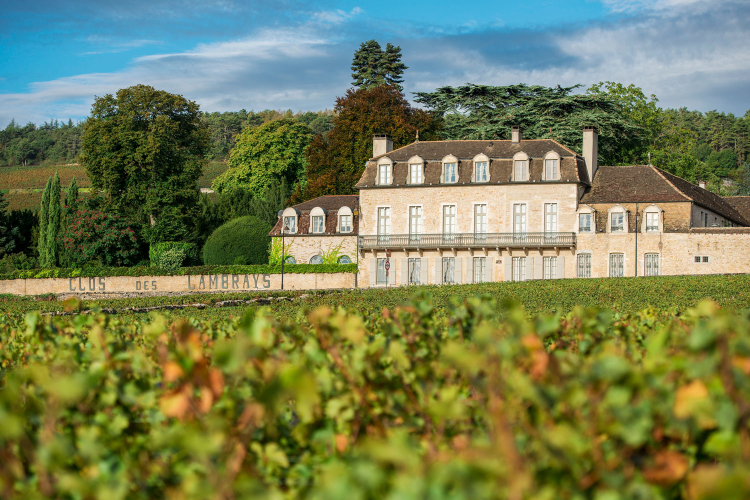 The 2019 vintage was significant at Domaine des Lambrays not just for its exceptional quality, but as the first full year under new winemaker Jacques Devauges. We visited the property to find out more

Humble yet with undeniable ambition, Jacques Devauges arrived at Domaine des Lambrays in March 2019 and has wasted no time in making small but significant adjustments at the estate. His appointment was the most recent in a flurry of changes that have made waves in the quiet of Burgundy, after the property was purchased by LVMH in 2014 for an undisclosed sum – the luxury group’s first foray into Burgundy.

While the first mention of “Cloux des Lambrays” dates back to 1364, it was really in the 1980s that its modern reputation was established. The vineyard had fallen into disrepair, but was bought by Roland de Chambure and the Saier brothers in 1979. They installed Thierry Brouin as winemaker and director, together restoring the property to its former glory. Thierry, in Devauges’s words, “rejuvenated” the estate – staying at the helm for 38 years, overseeing the property under three different owners before finally retiring in 2017. Boris Champy had already been lined up to take over, but stayed a mere two years before Devauges was poached from Clos de Tart (where he’d been since 2015, previously Domaine de l’Arlot). In the humdrum of Burgundy, Champy’s sudden departure was big news – as was Devauges’s sudden arrival, although everyone has remained suitably tight-lipped on the topic.

While Domaine des Lambrays does own some village and Premier Cru Morey-Saint-Denis, as well as some Puligny-Montrachet Premier Cru, the domaine’s reputation is inextricably entwined with that of the eponymous Clos des Lambrays. This remarkable site – one of Morey’s five Grands Crus, along with Clos de la Roche, Clos Saint-Denis, Clos de Tart and Bonnes-Mares – was originally classified only as a Premier Cru. It was only in 1981, under Thierry Brouin’s tenure and significant work in the vineyard, that the site was rightfully upgraded – making it the last of Burgundy’s 33 Grands Crus to earn its status.

Such is its association with the domaine that Clos des Lambrays is often mistaken for a monopole; however it isn’t quite. One ouvrée – less than 0.2 of the total 8.84 hectares – at the bottom of the clos belongs to Taupenot-Merme. Originally a vegetable garden, it was planted with vines in 1974, and produces a tiny amount of wine (no more than one barrel in the most generous years). 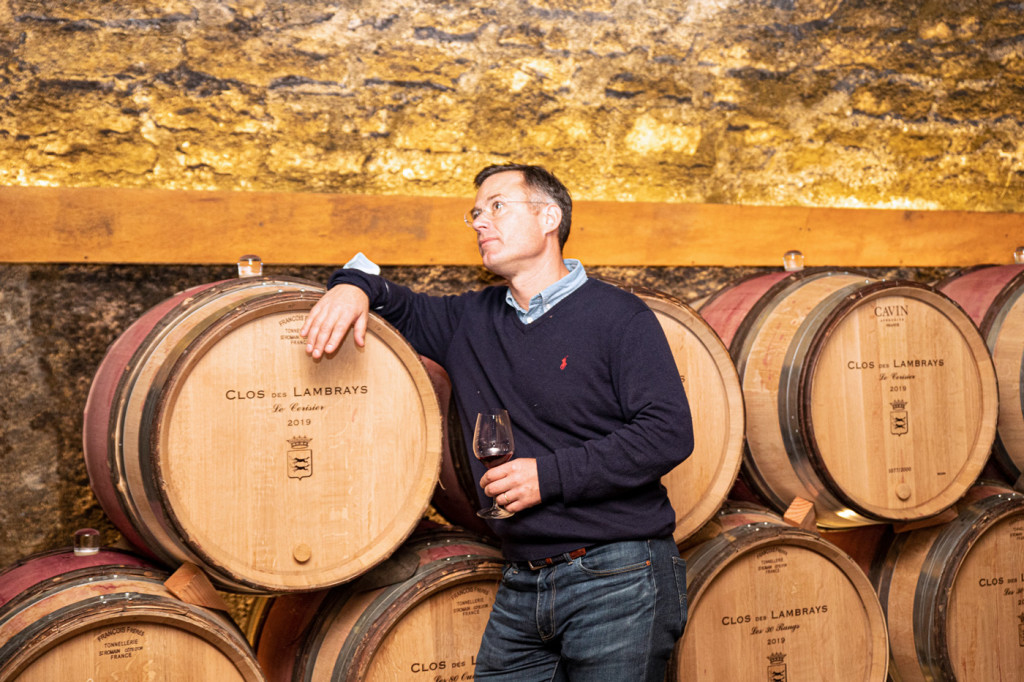 Jacques Devauges in the cellar

Visiting in October 2020, it was clear that Jacques Devauges has big plans – and if 2019 is anything to go by, there is much to look forward to. Coincidentally, Devauges wasn’t new to the estate – having worked briefly in the winery under Brouin in 1997. He’s full of praise for Brouin’s work and clearly wishes to respect the enormous legacy he’s been handed. His aim, however, is to recreate the old Domaine des Lambrays of the early 20th century – before the vineyard fell into disrepair in the 1930s.

There have already been a few shifts, with the construction of a new winery underway and 2019 the first fully organic vintage, and the property – as of 2020 – in conversion to biodynamics. This is no small feat given some of the site’s peculiarities. After phylloxera, the vine rows were planted north to south, perpendicular to the slope. This is an angle that little machinery can handle (with a serious risk of toppling over) and as such almost all the work here has to be done by hand, however Devauges has had a special tractor made that can handle the site’s undulating terroir.

A relatively large site, it’s unsurprising that the soils here vary. While broadly speaking it is a rocky clay, the bottom of the site is heavier clay and loam, while the midslope is more gravelly over deep limestone, and the very top has shallower limestone soils. As he gets to know the Clos, and differences between each sub-parcel, Devauges is vinifying each one separately, laying the barrels out in the same way as the vineyard – so he can figuratively walk the rows, identifying the character of each. For Clos des Lambrays, he has divided the site into 10 sub-plots (see the map below), however he identifies three major sections of the vineyard: the section near Clos de Tart, the middle and then the side closer to Clos-Saint-Denis. 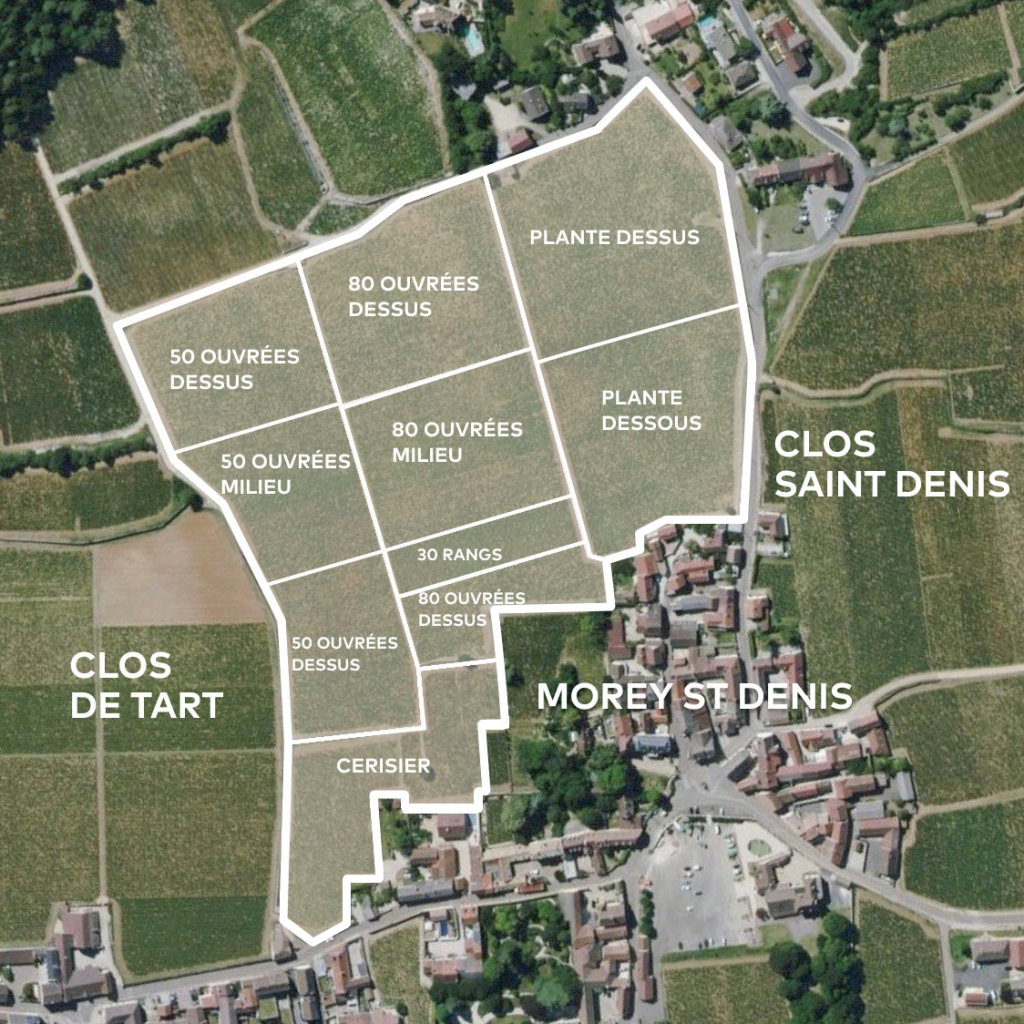 A map of Clos des Lambrays, divided into 10 sub-plots

Tasting three components of the vineyard separately, and then together, with Devauges was enlightening. First up was La Plante Dessous, on the Clos Saint-Denis side, home to some of its “youngest” vines – which are still 40 years in age. The wine produced here is tight and intense, building gradually in the mouth with silky tannins and an amazing purity of blueberry and blackberry fruit. Cerisier, a plot at the bottom of the slope near Clos de Tart, is drastically different. This is full, exotic, rich and ripe – yet with a real freshness and a chalky minerality beneath. The final section we tasted was 80 Ouvrées Dessus – right at the top, middle part of the vineyard. Angular and structured, it showed remarkable energy and intensity – a core of vibrant blue fruit and firm tannins. In the resulting final blend, you can feel every element – except with the dial turned up to max.

Unlike Brouin, Devauges feels it is important not to select the best barrels, and “blend” a wine, but to seek “as much truth as possible”. While he is declassifying the very youngest vines (those under 20 years in age) to their Premier Cru bottling, he feels that they have a responsibility to capture the site in its entirety – using whatever nature provides. “Here, we are farmers,” he says modestly, with a suitably Gallic shrug. The resulting wine is the one true expression of this site – and that’s clearly where Devauges’s focus lies, something that will doubtless evolve in the coming vintages. “Every year is a new page,” Devauges told us. If 2019 is the preface, we look forward to seeing the story unfold. 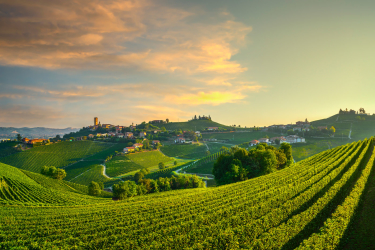 Your definitive guide to Barolo