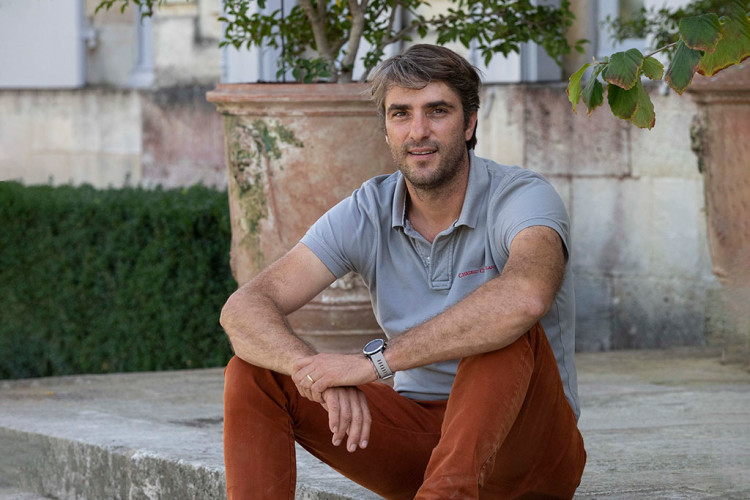 Saint-Emilion is arguably Bordeaux’s most idiosyncratic appellation. But, as Cheval Blanc’s Pierre-Olivier Clouet tells us, it’s the region’s heterogeneity that makes it so exciting. We caught up with the dynamic winemaker about how to define the undefinable – and why it’s determined to lead the appellation into a new era

Saint-Emilion has always been difficult to define. Unlike other top terroirs of Bordeaux – Margaux with its silky tannins and aromatic flair, Pauillac with its graphite minerality and structure, and Pomerol’s opulent, rich palate – the profile of Saint-Emilion has never been so easy to identify. Beyond that, the wines can be frustratingly inconsistent in quality too, making it Bordeaux’s most idiosyncratic appellation.

Beyond the variation in quality and flavour profile, a political splintering of the appellation in the last few months, resulting in three of the four Premier Grand Cru Classé A wineries (Cheval Blanc, Ausone and Angélus) withdrawing from the classification has brought further turmoil to this seemingly troubled appellation.

“Perhaps,” Ch. Cheval Blanc’s Technical Director Pierre-Olivier Clouet begins, “the many idiosyncrasies of Saint-Emilion are easier to understand, when you realise it is the largest appellation in France, consisting of over 800 growers on nearly 6,000 hectares of vineyards.” Put in context, the second largest commune in France, Châteauneuf-du-Pape, is almost half that area at 3,300 hectares. Given its large area, Saint-Emilion doesn’t have the same homogeneity of soil as Bordeaux’s other appellations and it is this, Clouet believes, that goes some way in accounting for the region’s variety.

While many of the top estates are situated on the limestone plateau, on the outskirts of the historic town itself, the appellation’s borders stretch way beyond this most prevalent feature and cannot be accurately defined by limestone alone. This is no more evident than with Cheval Blanc – arguably the most atypical estate in Saint-Emilion. “If the DNA of Saint-Emilion is Merlot grown on limestone, it is bizarre that Cheval Blanc is in the appellation at all,” Clouet chuckles. “We grow Cabernet Franc on clay!”

Cheval Blanc sits at the appellation’s limits, four kilometres away from the limestone plateau, bordering Pomerol. But Cheval Blanc is not such an easy fit with Pomerol either. “We should have a monopole appellation,” jokes Clouet. His point is serious, however, Cheval Blanc straddles both the Right Bank’s top terroirs, yet is not typical of either. It certainly makes Cheval Blanc more difficult to explain, admits Clouet, compared to the other great estates of Bordeaux that can be defined by their parity of variety and terroir. 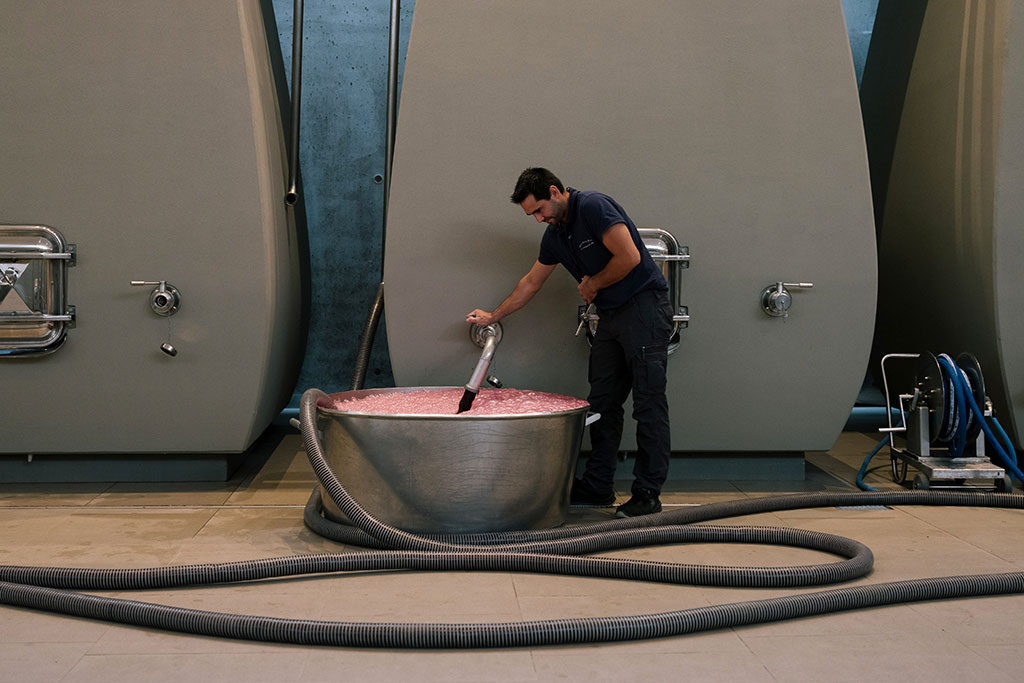 For Clouet, this multi-faceted personality gives Cheval Blanc great flexibility and is a key reason for the estate’s success and consistency. “We think we are very lucky because we can play on the two parts of the Right Bank,” he says. “Every time it’s a vintage for Merlot, we blend for Merlot. When climatic conditions are better for clay, we play with clay, so we can play with the identity of the vintage.”

Cheval Blanc has 53 plots on 10 different soil types – clay, sand, gravel in varying proportions – and grows Cabernet Franc, Cabernet Sauvignon and Merlot. For Clouet, the DNA of Cheval Blanc is its diversity. “We are an orchestra, not a soloist. We need all our musicians to play the music.”

Perhaps then, Cheval Blanc’s wide-ranging terroir makes it a fitting mascot for the heterogeneous nature of the Saint-Emilion appellation. Despite Cheval Blanc’s recent withdrawal from the classification system, Clouet is keen to emphasise that the Saint-Emilion appellation is important, and something they should continue to defend and invest time and money in. The wines of Saint-Emilion are all linked by the place – and this is much more important than variety or blend, which he feels other regions have wrongly placed emphasis on. “Each bottle of wine should tell the story of that place,” says Clouet. However varied Cheval Blanc’s terroir may be, it’s undeniable that the wine captures a distinct sense of this place. Indeed, beyond a small increase in its holdings in 2012 encapsulating a neighbouring vineyard, it is one of the few châteaux in Bordeaux whose perimeters have barely changed in 150 years.

For Clouet, however, the appellation is about more than terroir, there is a “dynamic spirit” at the heart of Saint-Emilion. While not so easy to define, Clouet believes it is an appellation that has greater flexibility than others. It is often cited as the most Burgundian of the Bordeaux communes, due to the high number of small estates and the sheer number of vignerons, something which makes it a “dynamic place” in Clouet’s eyes.

“It never stops thinking how to change,” he says. This, he believes, provides some great advantages. “Smaller estates have the capacity to move quickly. This is arguably the most vigneron-led place in Bordeaux.” Such dynamism in the past has certainly seen Saint-Emilion leading trends in the region, both good and bad – depending on your point of view. The garagiste movement in the early 2000s, for examples, is a fashion that continues to divide the region. But Clouet believes Saint-Emilion is an appellation ahead of its Bordeaux counterparts, leading in sustainability and the trend towards freshness and delicacy, and terroir-driven wines. 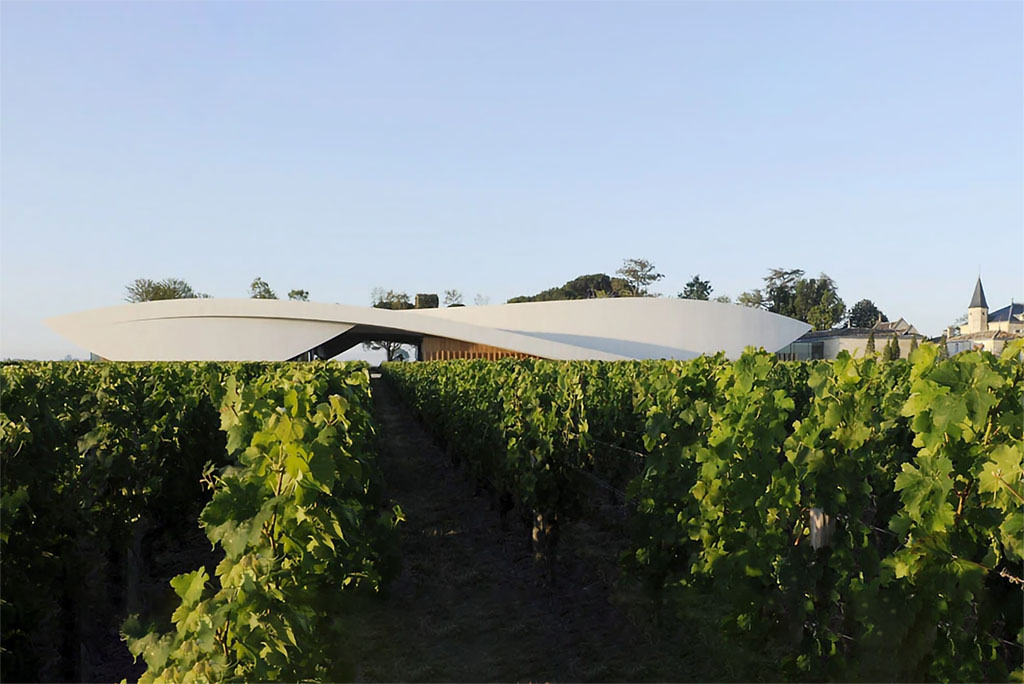 That said, there’s no “recipe”, he says. “Each and every château has to find its own balance.” But, he warns: “We need to be careful and not go too far one way or the other. A new recipe is to pick too early, another is to use too little oak.” He quotes Coco Chanel, “fashion changes, style endures” – each producer should find their own identity, their own style and stay true to it. It’s essential to be opened minded, he says – but to never copy others, follow a recipe or chase trends.

The current move in Saint-Emilion to plant more Cabernet Franc is a perfect example, for Clouet, where fashion is being followed foolishly. “Cabernet Franc today is probably the most trendy variety in the world. I don’t know any winemaker who doesn’t talk to us about Cabernet Franc. It seems to be the solution to global warming, but I think it is completely the opposite,” he says. For Clouet, Cabernet Franc has no capacity to adapt: in the right soil it produces top wine, but in average soil the results are terrible. The hot 2020 vintage, for Clouet, proves his point – with producers favouring Merlot over Cabernet Franc, even when the latter dominates their vineyards, pointing to Lafleur and Ausone, as well as Cheval Blanc. The warm, dry conditions didn’t favour the modish variety – and an overreliance on Cabernet Franc planted in the wrong place could prove disastrous in the face of climate change.

For the already atypical estate, Cheval Blanc is looking instead at further diversifying. While Cabernet Franc is key to its identity, the estate has shifted from once having Merlot on gravel and Cabernet Franc on clay to have “everything, everywhere”. “We want to multiply the diversity,” Clouet explains. Diversification is at the heart of everything Cheval Blanc stands for today, laid out in their recently published manifesto – a clear statement of intent that unless Bordeaux moves away from monocultural farming, its future is at risk.

“In the last 10 years agriculture was a problem,” says Clouet, “but I think agriculture could be the solution.” He gives carbon dioxide as an example: while there’s too much in the atmosphere, trees, vines and cover crops can be used to capture it. Clouet believes the manifesto is not just a piece of paper or marketing pamphlet, but a roadmap to show how a more sustainable approach is possible. “The biggest problem in the 20th century for agriculture was not just pesticides but monoculture.” While Cheval Blanc will continue to only earn money with their wines, admits Clouet, other crops and livestock will be used to provide “resilience, a capacity to decrease disease and problems in the vineyard”. Clouet goes on to explain how 50 years ago, trees were removed from vineyards to make it easier for tractors, but prior to this vines, trees and other plants co-existed.

“Organic production is not enough today,” says Clouet, who does not want to simply return to the past. “We want to take the best of modernity.” Cheval Blanc is not organic because it believes that copper, permitted and widely used in organic viticulture to fight mildew, is more harmful than a synthetic alternative. “It’s common sense,” says Clouet. “When you use organic methods to tackle mildew you have to spray every week – it is nonsense. We try to think sensibly. The solution will be through science and research. We shouldn’t go just with philosophy. We need to be agronomic and practical to find a solution.” If the spirit of Saint-Emilion is about dynamic change, then it is fitting that the appellation’s most recognised estate is leading the charge to revolutionise the region’s approach to viticulture and safeguard its future. For Cheval Blanc, agriculture is at a crossroads. “Viticulture is at the mercy of climate change and the drastic reduction in biodiversity,” states Cheval Blanc in its manifesto. Over the last few years Cheval Blanc has been transforming its vineyards into permacultures – interplanting trees, plants, other fruits and vegetables, as well as introducing animal grazing, flower farming and beekeeping to the vineyard in an attempt to ensure soil fertility, promote diversity and capture carbon.

Reading about the latest political spat over the current Grand Cru Classé system, the endless court cases and corruption charges, you would be forgiven for thinking that the spirit of Saint-Emilion is imploding. But it is the spirit of Saint-Emilion, according to Clouet, that unites this somewhat idiosyncratic appellation. Beyond the classification chaos lies a heterogenous band of vignerons, united by their diversity and dynamic approach. With the release of its manifesto, could Cheval Blanc unite the troubled appellation, with growers working together towards a fully sustainable, future-proof Bordeaux? Cheval Blanc certainly hopes so.

Read more about Bordeaux or browse all listings from Cheval Blanc 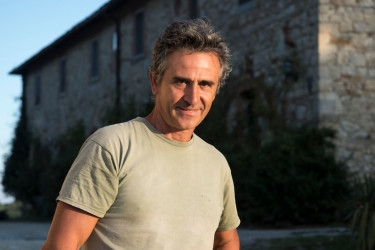