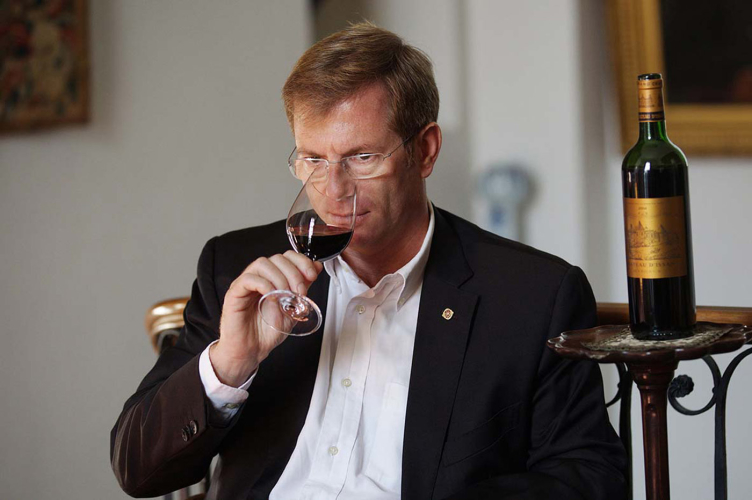 Over the last two decades, Emmanuel Cruse has transformed Château d’Issan. We caught up with Cruse to taste through key vintages from the Margaux Classed Growth, tracing its evolution

Château d’Issan might not be one of Bordeaux’s most famous addresses – but the Margaux Third Growth has seen huge investment since Emmanuel Cruse arrived in 1998, and it’s a name on the rise. Jane Anson – Decanter’s Bordeaux correspondent and the author of Inside Bordeaux – even goes so far as to suggest it’s an estate worthy of Second Growth status in her take on a revised 1855 classification.

The property is one of the region’s oldest, with wine made here consistently since the 12th century. So the story goes, the wines – at the time under the name of La Mothe-Cantenac – were of such repute that they were served at the wedding of Eleanor of Aquitatine and Henry Plantaganet in 1152. At the southern end of the Margaux appellation, close to the Gironde, its closest neighbours are Prieuré-Lichine and Palmer. There are 67 hectares in total, around a charming château (with moat, turrets and all), with the vines that are old for the region – some up to 70 years in age. The finest terroir sits within the Clos – the walled vineyard at the heart of the estate; both the Grand Vin and second wine (Blason d’Issan) are sourced exclusively from this section of the property, the latter from the younger vines (20 to 25 years old). 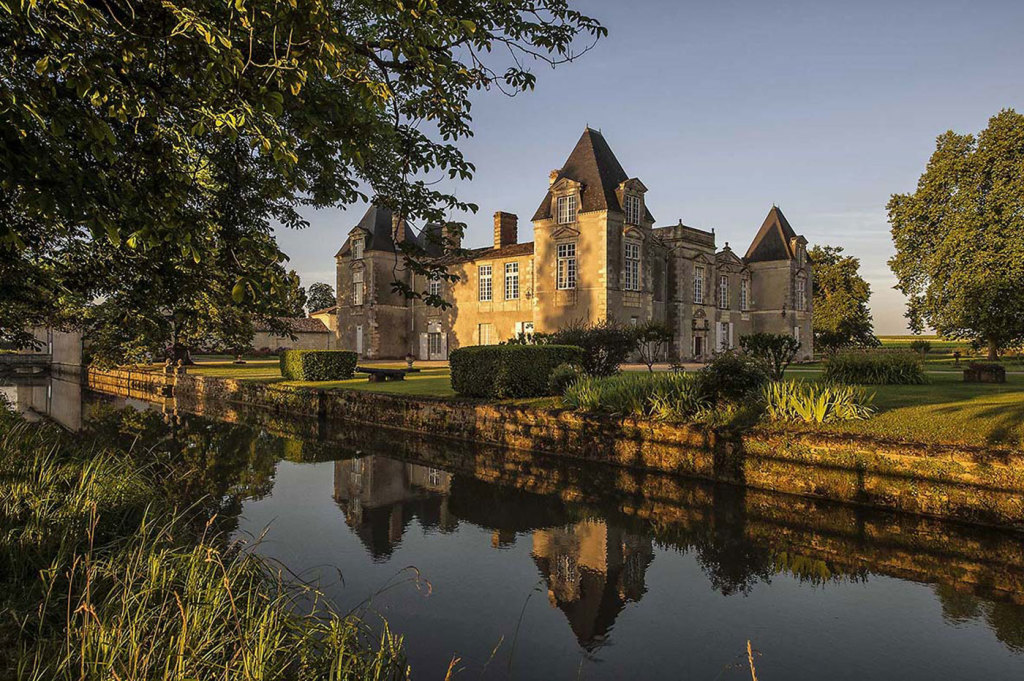 The Cruse family purchased the estate in 1945, and since third-generation Emmanuel took over as director in 1998 (aged just 29), he has poured €10 million into the property – determined to restore it to its former glory. Work has included extensive soil studies, replanting, the purchase of much-needed new equipment and the construction of new cellars. He has also pushed for stricter selection, ensuring only the finest fruit makes it to the Grand Vin (which represents about 55% of production).

While Cabernet Sauvignon (“the king of grapes”, Emmanuel tells me) always leads the blend (normally around 60-65%) at Issan, Emmanuel Cruse has – given the clay subsoils in l’Enclos – moved to include more Merlot, especially in warmer vintages; the clay allowing the fruit to retain more freshness even in dry conditions. The wine has traditionally been a blend exclusively of Merlot and Cabernet Sauvignon but this is set to change in 2020, as – although not blended yet – they are likely to be including small proportions of Cabernet Franc and Petit Verdot. The Merlot thrived in the vintage (it is “tremendous” in the Médoc, Cruse tells me) – managing to ripen sufficiently before the driest part of the summer so that it was less impacted. As such, there will be a little more Merlot in the blend than normal – similar to 2010 and 2015.

For Cruse, the Issan style is “magical elegance, with qualitative and precise tannin texture”, true to the terroir of the Clos (“the heart of terroir never changes”). His favourite vintage is the 2010, closely followed by the 2016, but he feels the 2005 is drinking beautifully at the moment – integrated and a joy after a few hours in the decanter. Tasting through the wines was fascinating; showing a clear shift in style from an “old school” leaner style in 2000, through to a plusher, richer expression as in the 2015. One thing is for sure, this property is on an upward trajectory – and one well worth keeping an eye on. 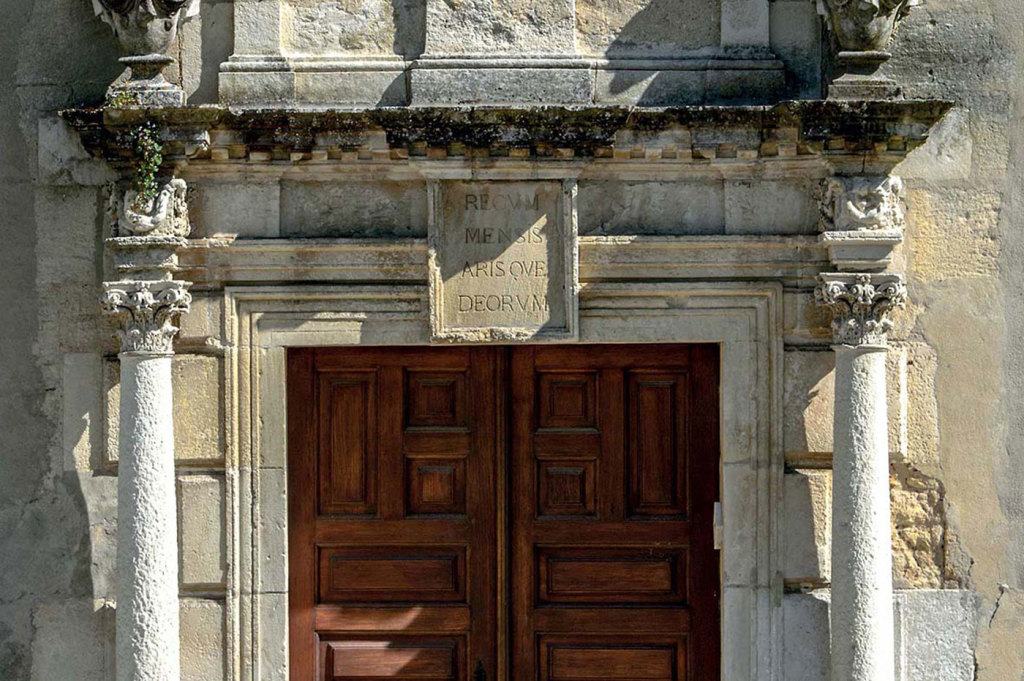 Château d’Issan through the ages

2000 Château d’Issan: A blend of 70% Cabernet Sauvignon and 30% Merlot, this is the vintage Cruse sees as one of the last of the old-style Issan. It is classic Claret – while a little lean for some palates, it’s got a lovely freshness (just 12.9% alcohol), with a slight leafy green character alongside the tertiary profile of leather, cedar, tobacco leaf over dark cassis perfume. The tannins feel resolved, although still offer a little furriness on the gums. Old school.

2005 Château d’Issan: This was, in Cruse’s view, the first “great” vintage for the estate – and one that was very easy for the technical team, and a shift towards including more Merlot (40% of the blend, complemented by 60% Cabernet Sauvignon). It’s instantly more expressive and exotic on the nose – a little more Margaux in nature. There are layers of sweet spice and plummy fruit. The palate is fleshier, rounder and fuller, while the tannins are still firm on the cheeks. Delicious now, but will continue to offer more over the coming decade or so. It’s little surprise tasting this that Parker named it “one of the great Margaux of the vintage” in 2015.

2015 Château d’Issan: There was less rain in Margaux in 2015, Cruse noted, something that meant the appellation fared particularly well. The resulting wine is expressive, offering notes of coffee grounds, caramel and smoke over rich currant and cassis fruit. Concentrated and rich, it’s much fresher than the 2010, handling its 13.8% alcohol well. The tannins are ripe but stick out at the moment. Would love to taste this in a decade’s time.

Browse a range of Château d’Issan 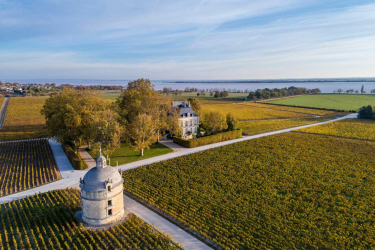 What to look out for this February