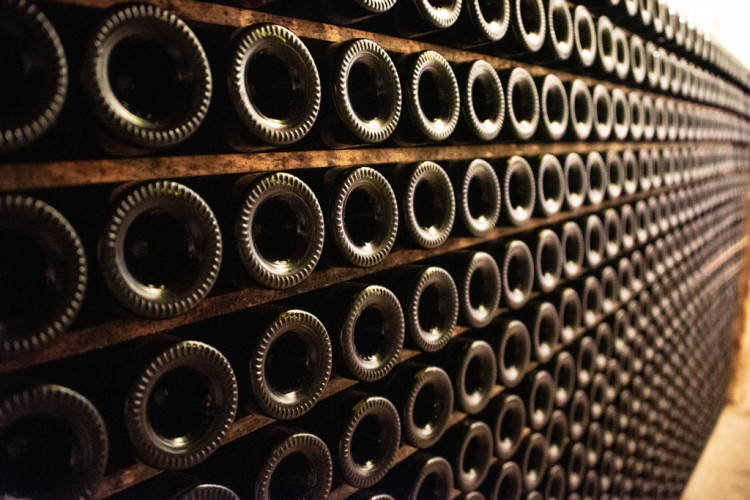 There’s no shortage of brilliant Bordeaux – but there’s a skill to drinking the right bottle at the right moment, chasing that sweetspot in a wine’s maturity. We spoke to some of the region’s leading names – from the likes of Chx Canon , Ducru-Beaucaillou , Lafite-Rothschild , Lafleur and Margaux – to find out which vintages they think are at their best right now

It’s never easy to pick a favourite vintage for drinking now. But producers’ eyes light up when asked, as they think back to the best bottles – and moments. Of course, it’s all a matter of taste. There are collectors who love very mature wines, while others are much more taken by younger vintages, still with a bit of primary fruit. Winemaking has also changed and – while most top Bordeaux is made for the long run – more modern vintages, with more precise viticulture and vinification, are much more approachable in their youth.

Like many Pomerols, with their opulent fruit profile and rounded tannins, Ch. Lafleur can be enjoyed young, admits Lafleur’s cellarmaster Omri Ram. “But it’s like going to a Pink Floyd concert and leaving after the first 10 minutes. It is brilliant – but you miss so much,” he explains. Lafleur’s other Pomerol wine, Les Pensées, comes from clay soils and it is this that makes the wine that much more accessible at a younger age compared to Lafleur, from gravel soils. Ram believes, however, that the 2013 Lafleur is drinking beautifully now, despite its youth.

Similarly on the Left Bank, Léoville Barton’s Damien Sartorius believes that while some vintages are better with 30 years of age (2010 or 2016, say), most, especially the in between, “off” years are best enjoyed younger – and can offer great value. “I’m very happy drinking a Lynch Bages or Poyferré from 2013 today – they’re lovely wines and it’s a lot cheaper,” he says.

For Ducru-Beaucaillou’s Bruno Borie, choosing what vintage to drink depends on many factors: “When it’s sunny, I like to drink younger vintages. When it is cold and wintry, I prefer mature vintages, but temperature, air pressure, food, company all plays a part in identifying what vintage to drink.” He believes even a Ducru as young as 2017 is beautiful to drink now. While he thinks the vintage was written off by the press, it is an elegant vintage and already offers great pleasure with food. Bigger vintages, such as 2010, on the other hand, still require ageing.

Ch. Margaux, while distinctly elegant, has always been a wine built to last and winemaker Philippe Bascaules wouldn’t touch anything younger than 2009 – even the lighter 2011, ’12 and ’13 vintages, he believes, are too young. But 2009 bucks the trend in terms of its approachability: for Bascaules, it has always been enjoyable. It’s “a great wine with exceptional, very creamy texture, opulence, so powerful but not at all aggressive”, he explains.

Ch. Rauzan-Ségla’s Nicolas Audebert’s pick of the younger vintages is 2003. “If 2003s are well done – as in not too much – it is extremely nice to drink. Good terroir combined with slow evolution means after 15 years in bottle it is now showing beautifully. Taste it blind and you wouldn’t think it was a such a warm year,” he suggests. 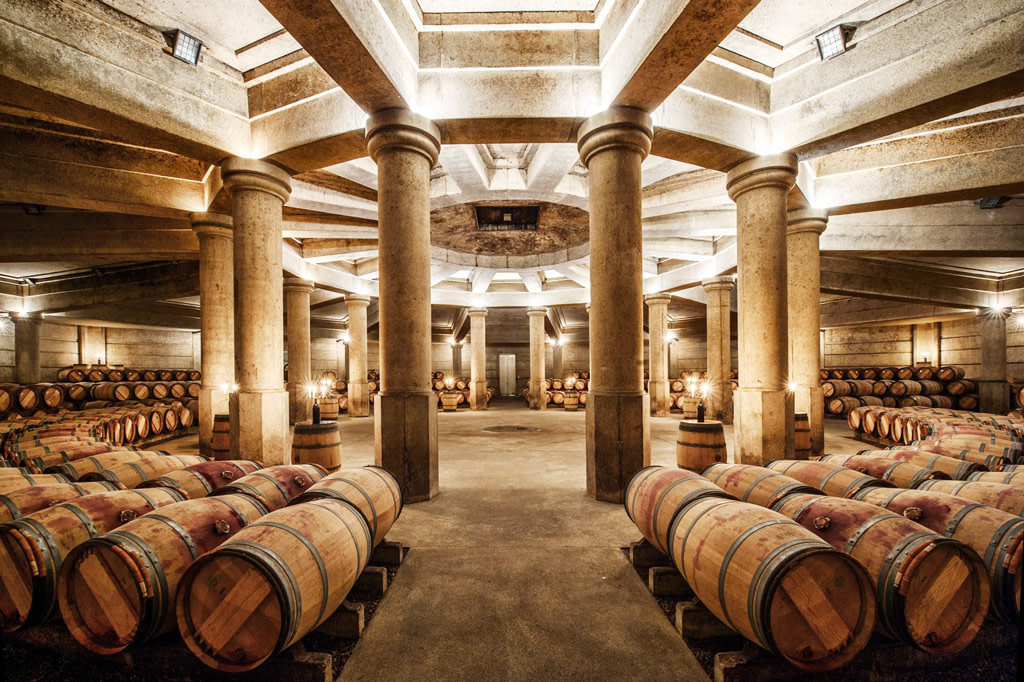 Most agree that the 2001 vintage was underrated on release, drowned out by the fanfare surrounding both 2000 and 2003. “The 2001 is a very nice vintage to rediscover,” explains Audebert. “It disappeared after the hype of 2000, but it certainly has stood up well to the more celebrated vintages.” Similarly, he believes the 2011 shared a similar fate. “After the release of 2010, 2011 suffered, but it is a very nice, interesting vintage. Not showing off, but is very elegant, a very smart vintage and developing slowly.”

Like many of the top wines of Bordeaux, you have to be patient with Ch. Lafite-Rothschild. “We make wine for the long run,” says the property’s International Director Jean-Sébastien Philippe. For him, a good vintage is a wine that seems to appear younger, the older it gets. Despite the long-term ageing potential of Lafite, the 2004 is a moderately young wine that he believes is great to enjoy now. “It has always been very classic, but very closed and therefore underrated. With maturity, it has become an amazing wine to rediscover now,” he says.

Bascaules also believes 2004 to be one of the more underrated vintages at Ch. Margaux, again because its sits between the two revered years, 2005 and 2003. “But it’s much better than people think,” he says. “The tannins are now starting to be soft. It is very concentrated, the nose is very open. It’s very complex.” For Bascaules, the 1999 is another wine that has flown under the radar but is at its best now. “It was a very hot vintage, but not very concentrated. Therefore, the tannins are very ripe and soft, the texture is very resolved, yet the nose is still young,” he explains.

Ram echoes Bascaules in singing 1999’s praises, with the Grand Vin at Lafleur at its peak. “It is drinking beautifully now, if you can find it, and you will get more pleasure drinking ’99 than the 2000 today. It shows beautiful balance, power versus elegance. Density versus lift. All these contradictions of fine wine show really well in the 1999. The 2000 still behaves like a juvenile in comparison.”

He also loves 2014: “It’s an underappreciated vintage, but it is the last classical vintage in Bordeaux – charming, elegant, sophisticated.” The 2014 Ch. Canon is a perfect example, drinking beautifully now. He also highlights how successful Saint-Estèphe was that year, with lots of great wines to choose from and well-priced for the quality.

For Sartorius, there is a lot of value to be found in 2012: “Léoville Las Cases, Ducru-Beaucaillou, at a very good price – they’re so good and deliver so much,” he says. 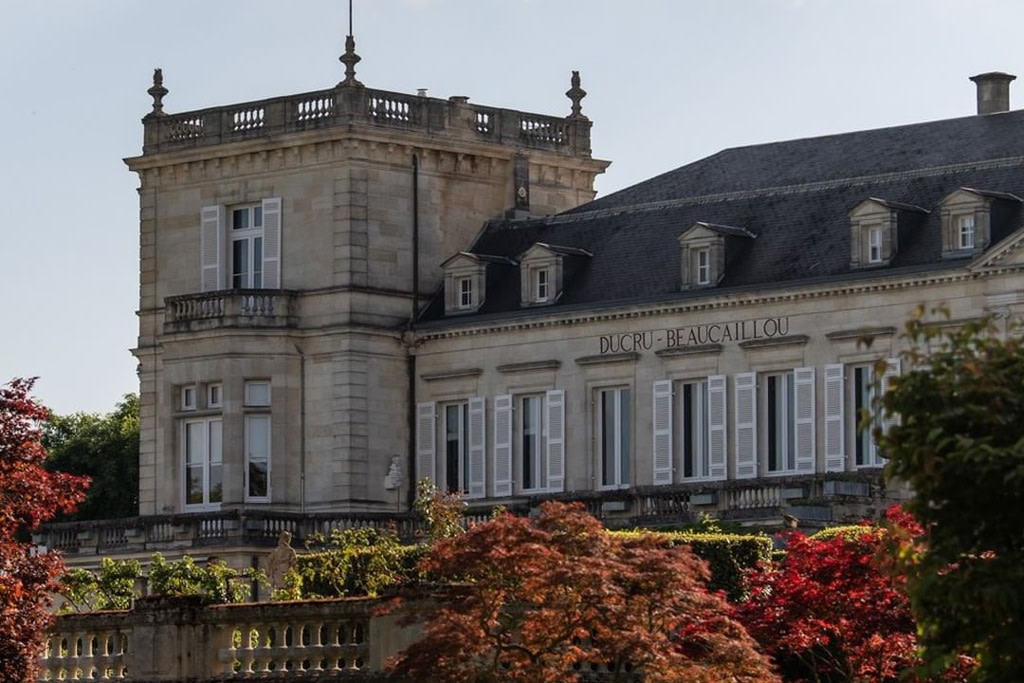 The 1983 was a classic vintage throughout the Margaux appellation, and much better than the more revered 1982, believes Audebert: “The 1983 in Margaux is much more interesting, whereas the 1982 is in danger of being over ripe.” He explains that a ripe vintage and high volumes – at that time – was uncommon, and therefore often not something the era’s winemakers were equipped to handle. He argues that this has resulted in some 1982s from Margaux being a bit tired, producing “tapenade, metallic flavours”, and lacking vibrancy.

Ram’s favourite vintage ever of Les Pensées has to be the 2000 – he explains it was “the first real blueprint” for the modern Les Pensées, when it switched from being a second wine to being an expression of the clay soils at Lafleur. Combine this with the fact that 2000 was a great vintage and you have a superb wine that is symbolic too.

The 1986 is Lafite’s pick for drinking now. For Philippe, it shows what the estate is capable of: “It is the vintage that can help you really understand Lafite – the emotion and the precision,” he says.

While many Clarets will reach their 50th birthday, some vintages can last even longer. Nicolas Audebert recently tasted Ch. Canon from 1955 and ’64, two fantastic vintages for the château, which were both still drinking beautifully. Bruno Borie more recently enjoyed a 1916 Ducru-Beaucaillou that was still on form. It is a particularly interesting vintage since it was a wine made only by women, as the men were at war. A lovely note from the cellar master of the time suggests that “the wine might be too powerful, rich and strong for the trade”. “I’m not sure if the trade would feel the same way these days,” laughs Borie. “At 104 years old, it proves it is important to make wines with sufficient structure to pass 100 years. Even today, the wine still has plenty of character.” 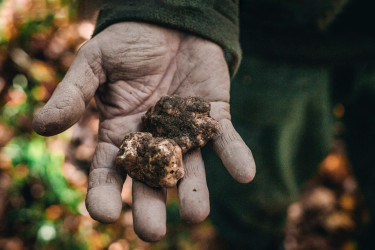