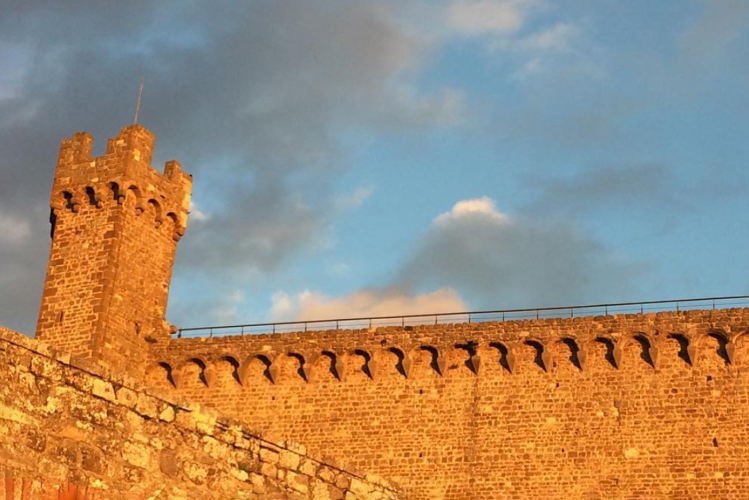 There’s been a buzz about the cult Montalcino estate Cerbaiona since it changed hands in 2015. Ahead of the release of the 2016 Brunello – the first under Matthew Fioretti’s ownership – Gavin Smith caught up with Fioretti to find out more about how and why he’s transforming the property

Cerbaiona is widely recognised as one of the top estates in Montalcino, but has been a little elusive of late. Under Diego Molinari’s stewardship, the winery achieved cult status, but the property was sold in 2015, and hasn’t released any Brunello since. The new owner Matthew Fioretti has added to the radio silence, requesting critics not to score the wines, believing “a softer and more inquisitive form of journalism and criticism might be better than the score bazooka”. Production is so small that Fioretti doesn’t need to rely on critics to promote the wines, but Cerbaiona has been noticeably absent from recent rave reports on the 2016 vintage from the likes of the Wine Advocate and Vinous. Our woman on the ground in Italy Annalisa Florian is one of the few people to have tasted the about-to-be-released 2016 Brunello, the first under Fioretti. 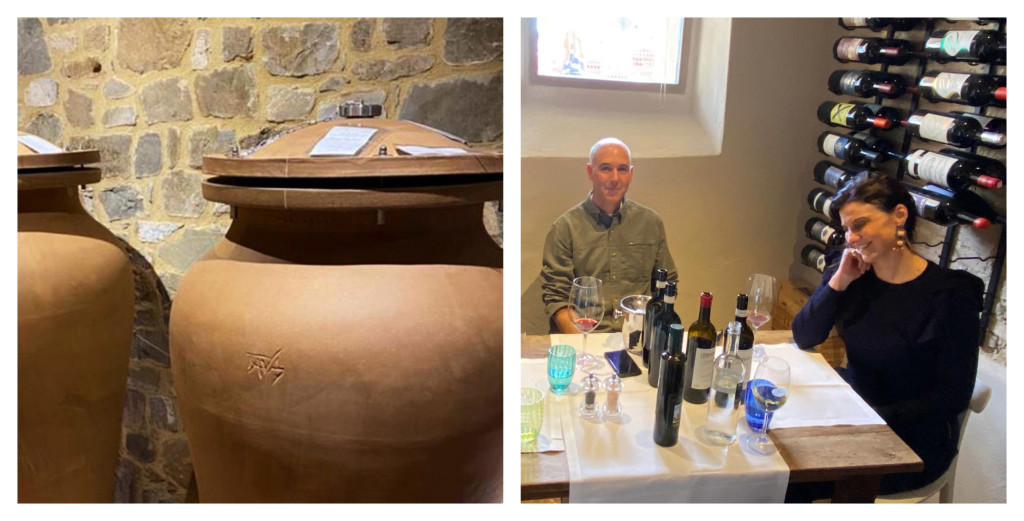 Annalisa Florian and Matthew Fioretti during a visit to Cerbaiona this summer.

Fioretti and his team have overhauled the estate. It’s a brave decision to make such a clear break from the past with a winery of such repute, and testament to their commitment to quality. Due to massive restructure, Fioretti decided to declassify all the wine made in 2014 and 2015 to Rosso di Montalcino. As he points out, “Several aspects of this wine had formed before taking over the business.” Despite the obvious success of the 2015 vintage, Fioretti commendably didn’t want to rest on Cerbaiona’s reputation.

All the vineyards are located on the Cerbaiona hill, just northeast of the town of Montalcino, and neighbouring another Brunello icon, Salvioni. The success of Sangiovese grown on this specific site long predates the Brunello appellation, with vineyards located here for hundreds of years and the wine historically produced known simply as Cerbaiona. The soil is a distinct limestone shale infused with sand and, according to the Fioretti, “Almost by doing nothing, you can make an exceptional wine at Cerbaiona. Its vineyard location is that special and unique.”

Fioretti, however, wasn’t happy with doing “nothing”. While praising Molinari’s legacy, he felt the estate desperately needed modernising – with serious work to be done in the vineyard and winery. He is very much inspired by what he calls a “tectonic shift” in winemaking in Italy (and elsewhere) over the last 30 years, with a move towards precision viticulture and a more hygienic approach to winemaking. Fioretti sees this as a shift from winemaking as an “art form” to winemaking as “craftmanship”. In his mind, it was the pioneering efforts of producers like Romano dal Forno in Valpolicella and Luciano Sandrone in Barolo who have shown what can be achieved in Italy with such an approach. Just after taking over Cerbaiona, Romano dal Forno commented to Fioretti, “I’ll tell you what I told Molinar: you can’t make great wine in a barn.” Until recently, the sacristy of the small chapel was the fermentation cellar. The chapel itself was used for wine storage, while the granary and old animal stables acted as barrel cellars. “Hardly a precision and hygienic environment for winemaking,” Fioretti quips.

As for the vineyards, “The rootstocks and clones of all the plantings at Cerbaiona were not selection massale nor specially selected material.  It was simply what the nurseries were selling at the time,” says Fioretti. “By 2010, the knowledge that had been gathered around Sangiovese was incomparable to what was understood in the 1970s and '80s.” Fioretti knew they needed replanting with better clones and rootstocks. He retained and harvested the oldest vineyards for four harvests, working with top agronomists. “We made many attempts to overcome the shortcomings of these rootstocks and clones (which tended to produce enormous bunches, especially in wet years). But we all agreed: the sooner we replanted, the better off Cerbaiona would be.” 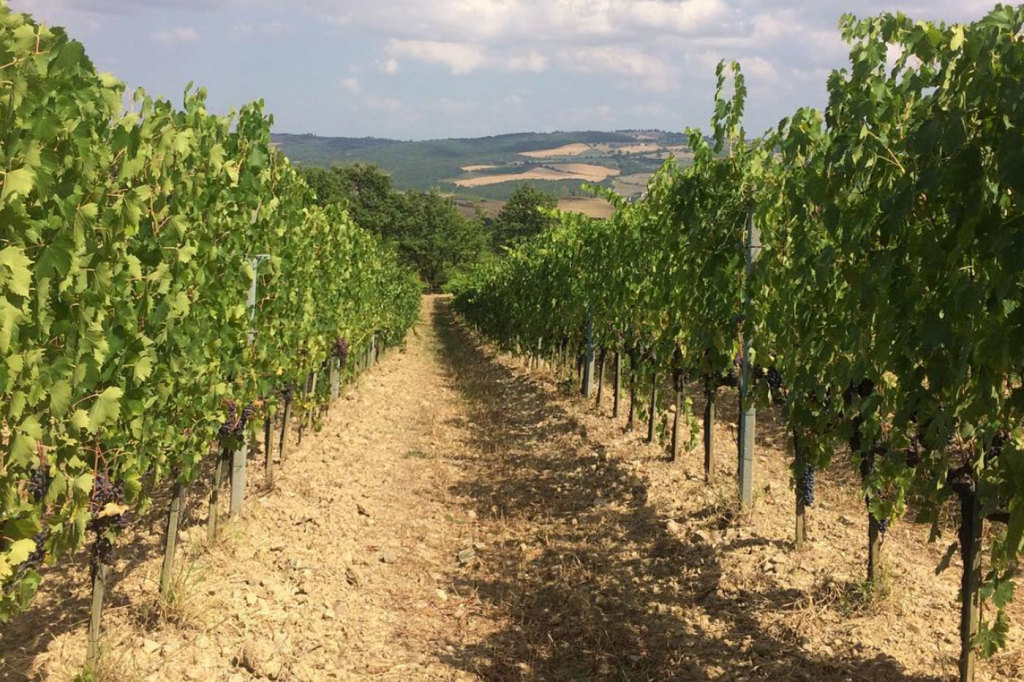 As such, they’ve embarked on a six-year replanting program, making significant changes. The original three hectares (of which one hectare was dedicated to Bordeaux varieties) have been completely replanted to Sangiovese. An additional hectare of olive groves located on the steepest slope (and Fioretti believes the finest of the estate) has also been replaced with vines. Where possible, vines have been planted at a higher density and Fioretti has also converted the property to organic viticulture.

Finally, with the release of the 2016, we find ourselves on the eve of the first Brunello release from Cerbaiona since the 2013 vintage. Fioretti believes 2016 to have been the “perfect” growing season. “The Sangiovese produced is captivating and sumptuous,” he tells me – the latter something he feels isn’t common for the variety. The moderate summer temperatures, the correctly timed rain and dry harvest conditions saw the Sangiovese thrive. The result, says Fioretti, is “a wine with fragrant aromas and a strong acidic shoulder – a guarantee of ageing”. It was in fact the latest harvest in the last five years at Cerbaiona. In Fioretti’s opinion, the 2016 is “not very far from” the 2010 – a vintage he feels is definitive for Montalcino – and comparable to other top modern Brunello vintages such as 2006 and 2007.

There is tremendous excitement about the 2016 vintage, as well as the long-awaited return of this much-loved Montalcino estate. The 2016 Cerbaiona will no doubt be constantly compared to the wines made under Molinari, and it will be a fascinating comparison considering the effects of vine material, age of vines, viticultural techniques and winemaking practices versus overriding terroir. What is clear is that Fioretti has no interest in resting on the laurels of this cult estate, nor simply following the footsteps of his predecessor. From what we’ve heard, it sounds like his labour-intensive approach both in the vineyards and winery is having the desired effect, and Cerbaiona’s legacy is safe. Whatever happens, Fioretti’s clear philosophy is set to mark a new and exciting era for the estate.

Browse our range from Cerbaiona or read more about the 2016 vintage in Montalcino. 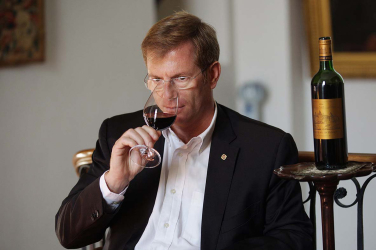