In the latest instalment in our Vintage Series, FINE+RARE explores the last year of the 20th century and discovers it was a season to remember. We speak directly with Francois Millet from Domaine Georges Comte de Vogue on what made 1999 so special.

Philippe Guigal hadn’t yet met his future wife – it would be another nine years before he finally walked down the aisle but he had long known what vintage he would serve at his then-imaginary wedding. The 1999 season in the northern Rhône was as perfect as it gets and when he was picking the beautiful berries that were worthy of photographing he told his father it would the wines of the 1999 vintage would be served on his wedding day.

Baltimore-base wine critic Robert Parker seemed to agree with Philippe that  Domaine E. Guigal’s 1999s were worthy of the most important day of a man’s life, handing out three perfect scores to its trio of Côte Rôtie wines, known affectionately as the La Las. It wasn’t just one northern Rhône producer who basked in the glory of the 1999 summer: Michel Ogier’s Cuvée Belle Helène and Rene Rostaing’s Côte Blonde both nabbed their first–ever 100 Parker points and Michel Chapoutier’s Ermite l’Ermite Blanc received its first, of what would be many, 100-point scores.

While Parker was accustomed to handing out awards to the French wine fraternity, the tables were turned in 1999; he was named an officier of the Legion d’Honneur by French president Jacques Chirac “being the man who taught America about French wine”. France’s highest award, he joined an illustrious list of recipients including Queen Elizabeth II, American president Dwight D. Eisenhower and French poet Victor Hugo.

Another American Robert was making waves in Europe in the autumn of 1999. Robert Mondavi Winery bought a stake in Tenuta dell’Ornellaia, one of a handful of so-called Super Tuscan estates made famous for their law-breaking use of  non-Tuscan grape varieties and the superlative quality of the resulting wines. But it wasn’t just Antinori who was celebrating his windfall in 1999: it was a magnificent season growers across Tuscany. The winemakers of Brunello di Montalcino enjoyed a superb follow-up to the opulent 1997 vintage in an otherwise unremarkable decade for the area. 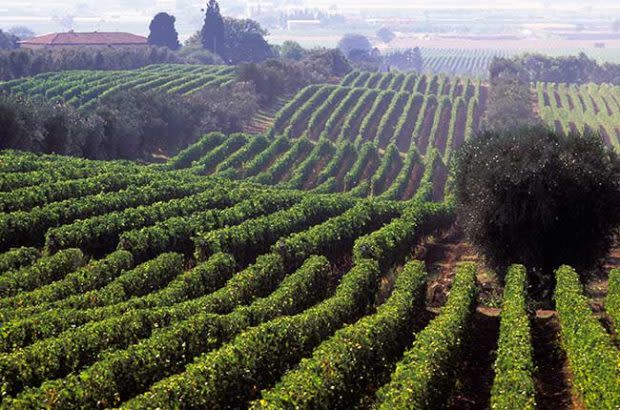 The vineyards of Ornellaia

Burgundy was also bringing the century to a close with flourish: it was a record year with around 20 million more bottles than the five-year average. The late Henri Jayer, affectionately known as the "pope of winegrowers" recorded his thoughts on each vintage in notebooks and, in 1999, he said: "One has to go back to 1934 to find a similar association of quantity and quality." If growers did not thin their crops, however, the vines struggled to ripen their loads while producers that normally ferment their wine with a portion of whole bunch had to destem to make room in their vats.  From the off the wines were succulent and seductive but they had greater staying power than many envisaged due to their rich phenolics and fine acidity. In 2018, Burgundy critic Stephen Tanzer said that the reds had just entered "their periods of peak drinkability" and this is a great time to crack the 1999 reds from the Côte d'Or. It was a truly great vintage to see out the 20th century.

The most important factor in 1999 was consequently whether you limited yields or not. We had been very vigilant at the domaine and didn't hestitate to do a severe green harvest.

The weather during the season was beautiful and we havrested on 20 Spetember. It was not an early vintage and maturity was reached calmly.

The wines are concentrated, complete, elegant and refined with black fruit dominanting and a beautifully spicy structure.

It was quite a serious vintage in terms of its expression while also retaining a beautiful elegance; it is a quiet force that inspires respect."

"When it comes to the winemaking, there was no pigeage becuase I think that Musigny is a sensitive terroir that doesn't like much intervention; you have to have a lot of empathy for the wine and to be forceful with it would risk having vegetal tannins and bitterness, which I perceive as a form of anger. By its structural nature, if you were too brutal with it, the 1999 vintage, could very quickly have become monstrous. [On the other hand] Bonnes-Mares likes and needs more intervention to best express itself and so I punch down.

For me, making wine is about is a message of peace and empathy, particularly for Musigny. As Claude Debussy said: 'Music is the silence between the notes'." 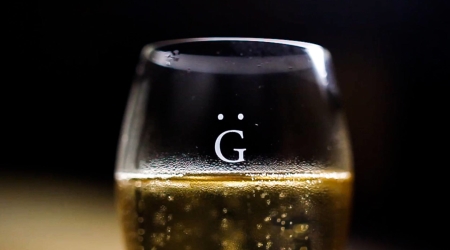