Wow what a week! We said this campaign was going to be fast and the pace only picked up more in this third week of the campaign with some enormous releases, fantastically priced and very warmly received by those critics who have managed to get reviews out in time. This is as good as En Primeur gets! Flash reviews from top critics of the First Growth wines just prior to their release only adds to the excitement and teases us with their overall views on the vintage. With huge scores across the board so far, 2019 is unquestionably up there as a modern classic!

We review all the releases so far and all the highlights you may have missed. Whilst some of the wines have sold out there are still some fantastic buys available.

Monday saw the unexpected release of Chateau Cheval Blanc released at 30% below the release price of 2018, which set the tone for the week. Even without any critic notes on the wine, based on the consistency of the property and the general consensus in the quality of the vintage, the wine immediately sold out.

Chateau Angelus was also released on Monday and was somewhat overlooked which was unfortunate. Whilst their release price was not in line with the reduction of other properties at just 7% they were one of the few properties to drop their prices significantly in the 2018 vintage (15% reduction on 2017), hence their reasoning for not dropping the price in 2019. The 2019 still remains the cheapest on the market from a top quality vintage and one of the finest wines the Chateau have produced. Sales picked up through the week, reviewed as one of the wines of 2019, by those that have released their scores with both Lisa Perrotti-Brown and James Suckling awarding it a potential 99 points.

Chateau Leoville Poyferre continued the pattern of giant price reductions and with such a great wine in 2019 it looks fantastic value. As more and more wines are released, en primeur seems to have never been so relevant. The Chateaux that have released at prices markedly below other vintages on the market have taken into account the economic uncertainty and fragility following the Coronavirus outbreak and have rewarded wine lovers with some exceptional quality wines at prices unlikely to be seen again.

The greatest example of this has to have been the release of Chateau Mouton Rothschild on Tuesday, released at 30% below the 2018 price point and considerably cheaper than any other vintage on the market. Confirmed by anyone who has tasted the wine, this is “a legend in the making” and only cements just how fantastic this purchasing opportunity was, a modern-day classic at an extraordinary price. The demand was unlike anything we have seen and whilst we tried to distribute the allocation as fairly as possible, demand was always going to outstrip supply. But this First Growth set a very strong benchmark for the campaign. This might be the quickest campaign in some time but it is undoubtedly one of the most exciting. The Mouton Rothschild release and subsequent price reduction has been a wake-up call to many collectors that there are many great buys in Bordeaux during En Primeur 2019.

More opportunities arose over the week – Chateau Lynch Bages was a huge hit and no doubt overshadowed the other Cazes properties of Chateau Haut-Batailley and Chateau Ormes de Pez releases. If you missed these, they are definitely worth consideration.

The value-buys of the week had to be Chateau Phelan Segur – at under £28 a bottle in bond, Chateau Giscours and Chateau du Terte, two Margaux estates that have seen a huge improvement in the last few years. I have to say the Chateau Du Terte was particularly good in 2019 and at under £27 a bottle in bond proves there is fantastic value in Bordeaux. We got to taste these wines last week and they belie the price tag – a great example of the vintage and the relative value to be found if you look in the right places. The consistency and quality of the vintage means there will be plenty more of these to come in the next few days.

Thursday saw the third of the First Growths to release- Chateau Haut-Brion. Following in Chateau Mouton Rothschild's footsteps, releasing on to the market at a staggering reduction of almost 30% below the 2018 market price, whilst also receiving huge scores from both James Suckling and Lisa Perrotti-Brown of the Wine Advocate meant it was another jaw dropping release and unsurprisingly proved massively popular. 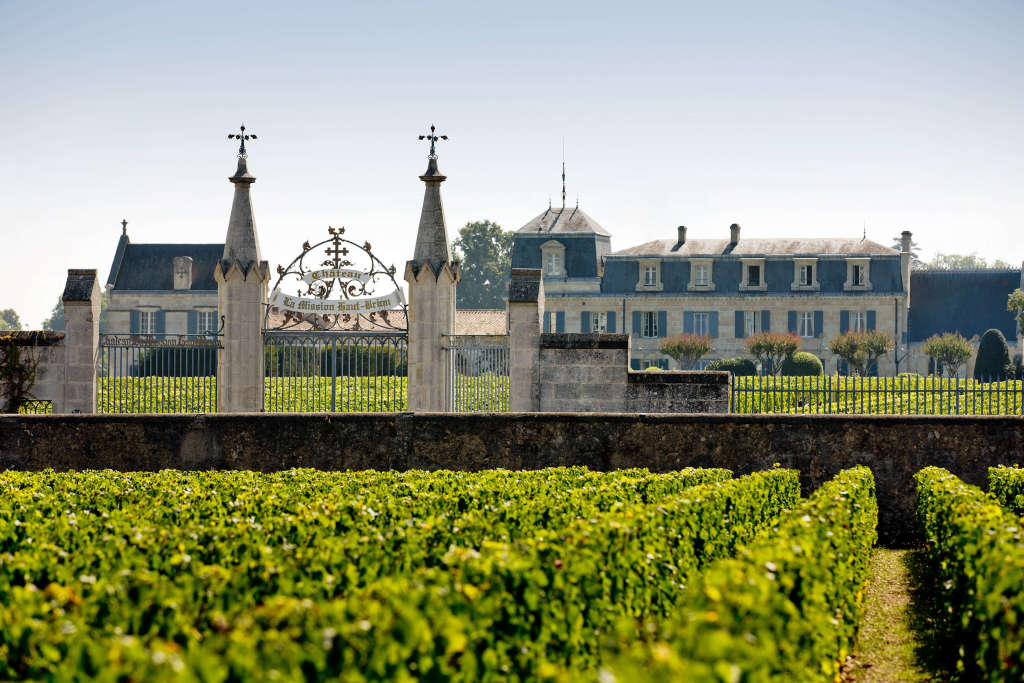 Stand by for some more fantastically priced releases next week, with the pace of this campaign it could all be over by Friday!