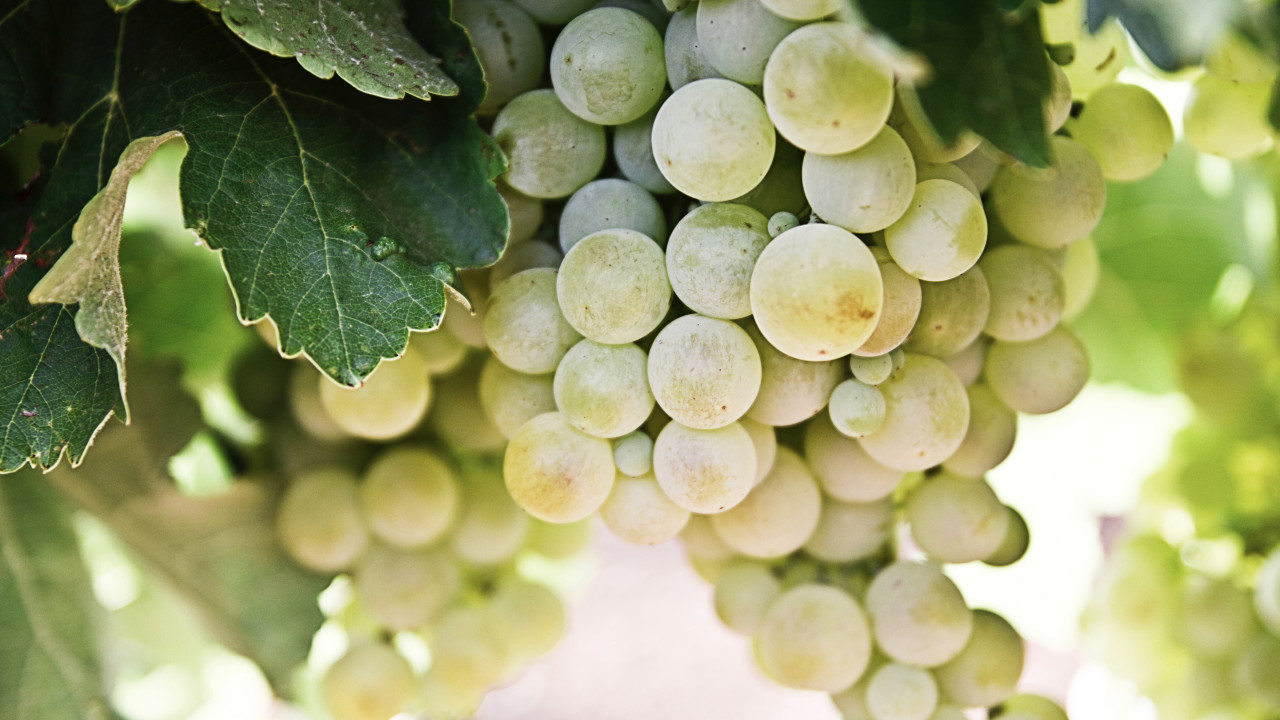 "We don't need to be a great expert to know that this is an exceptional vintage, for both red and white wines.”

The hallmark of the 2018 vintage was brightness, with remarkable levels of sunshine from April right through to September. Budburst and canopy growth happened at normal times and the settled weather meant flowering took place in ideal conditions resulting in a very even fruitset which promised both good quantity and most importantly homogenous ripening.

Hailstorms and the threat of frost were incidental causing very little damage and where there was sufficient water, the vines remained healthy throughout. Younger vines may have suffered from the drought shutting down during veraison, but older vines coped with the lack of water, only concentrating flavour.

Veraison started in early July and stretched out over 6 weeks, a much longer period than normal due to the lack of water and high summer temperatures. This longer veraison period allowed huge levels of concentration and flavour complexity to develop in the grapes. By the end of August vignerons have been quoted that the grapes were found to be in a “near perfect state of health” and excitement began to grow about the expectations of the 2018 vintage. The weather held throughout August and vignerons were able to pick in perfect dry conditions with very little sorting required thanks to the homogenous ripening and the lack of disease in the vineyard.

“One thing that struck me with 2018s is that across all parcels we had some of the nicest, healthiest, most perfect grapes I have ever seen”

Outside of the Maconnais we haven’t spoke to a single vigneron who wasn’t happy with the results of the weather conditions for 2018 and no authority comes higher than Domaine Romanee Conti’s Aubert de Villaine who has described the 2018 vintage as “an exceptional vintage” for both the white and reds.

Whilst there were mildew issues for some of the red wines, the more resilient Chardonnay seems to have ripened perfectly producing rich and opulent wines in 2018.

Aubert de Villaine (Domaine Romanee-Conti) seems particularly happy with his Montrachet which was spared all disease and saw very complete and even maturation describing it as "perfect". Frederic Barnier (Louis Jadot) describes the Cote d’Or white wines having “excellent levels of ripeness, leading us to expect great white wines that will be opulent and rich”.

“One of those vintages with an extra dimension”

During F+R’s summer tastings in Burgundy, the Jadot 2018s offered a perfect snapshot of the vintage: extremely concentrated while remaining fleshy and juicy, they are undoubtedly big wines but as they themselves noted, there is more freshness and vibrancy than in other top warm vintages such as 2005, 2009 and 2015. Sigfried Pic (Jadot’s export director) described 2018 as “one of those vintages with an extra dimension”.

Whilst we had already heard a lot of hype surrounding the red wines in 2018 what was unexpected was the exceptional quality of the white wines. Despite the warm vintage, tasting the freshness of the whites in 2018 made them equally exciting as the reds. With fine acidity and tension on the palate, and a penetrating mineral streak, they reminded us of 2014 but with an extra layer of fruit and complexity. The key for any Chardonnay producer in a warm vintage is to retain freshness.

"Similar in style to the 2017s, crunchy fruit, bright and textural"

One producer whose style very much suits the 2018 vintage was Joseph Colin who despite the warm weather is always looking for precision and tension. The solar intensity meant he could gain a huge level of concentration in his wines whilst still picking early retaining a sharp, fresh mineral streak in the wines. Henri Boillot arguably the leading light of white wine production in the Cote de Beaune also favours to pick early for the same reasons. Expect to see added weight and opulence competing with the tense mineral freshness we come to expect from these top producers in 2018.

"Rich and powerful. The concentration of the 2015s but with more minerality"

What is completely extraordinary about the 2018 vintage in Chablis is that they had good volume as well as good sun intensity which meant that the grapes managed to counter the heat. This has provided wonderful power, richness and intensity but without any concern of over-ripeness, retaining that all important vibrancy and minerality so particular to Chablis. Vignerons have struggled to compare the 2018 with any modern vintage, being richer and more powerful than the 2016 and 2017s, yet more mineral than 2015s. Some vignerons old enough compare it to the 1979s and 1947s – two high quality vintages but with lots of sun.

The Maconnais had a much less homogenous season than further north in Burgundy. From village to village there was great variations in rainfall through the early half of the season, which led to very different variations in the vine growing cycle which affected the vines right up until harvest with some grapes being picked in late August whilst others were not picked until late September. For Domaine J.A. Ferret, 2018 proved to be the longest harvest period in the history of the domaine.

For winemaker Audrey Braccini the result has been a great surprise despite the difficult long drawn out harvest.

“The wines are delicate, refined, not unlike those of 2017, and whose hallmark characteristics of elegance, tension and generosity were totally unexpected after such a tumultuous growing year.”