2013 is already being written about even though the grapes are only just in and, in most cases, fermenting. We are some distance from the finished product, so calling the quality of the vintage in many cases is a little like speculating on the career prospects of a two-year-old. But we do it nonetheless (and, of course, my two-year-old will be Prime Minister at thirty).

Bordeaux has the biggest PR machine and talk of 2013 Bordeaux will be first: indeed we’ve already had some at least one vintage report. It’s also the region (Beaujolais Nouveau aside) to show its wine first so, just six months after the grapes are harvested, the verdict on wines that in many cases will want ten years or more to show their best, will be in. Someone will mark the vintage out of ten (or 100) before the wines are even bottled.

Furthermore, what about the particular successes within vintages? Anyone who has tasted 1991 Ch. Palmer will attest to its non-1991 quality. It’s delicious – still now. And what about the properties that, through exceptional terroir, exceptional winemaking – or sometimes both – seem to be “vintage-proof” (e.g. Ch. Latour) or even “vintage-backward” (Denis Bachelet in Gevrey-Chambertin seems to do better in the difficult vintages than in the armchair ones)?

With the two aforementioned producers in mind, a simple rule that has always done well for me. You will rarely go wrong, nor pay too much, for a wine from a brilliant producer in a tricky vintage – or at least a vintage that doesn’t feature at the top on your vintage chart. I confess to a palate that leans away from fruitbombs but try the best 2008s from the Rhone, the best 2002 clarets, the best 2007 Burgundies. I could go on.

The point here? Giving a wine a number, a score, is one thing, and not without its pros and cons. Giving a vintage a number is even more difficult. There will be some 2013s worth buying… 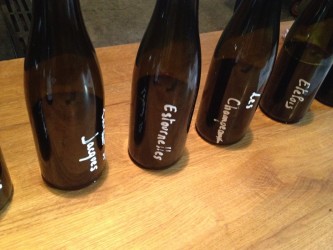