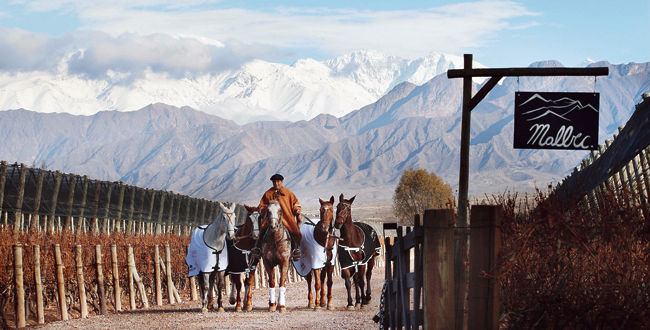 Cheval des Andes has always been a project closely associated with Chateau Cheval Blanc. The Argentine project started as a collaboration between Pierre Lurton (CEO of Cheval Blanc) and Roberto De La Motta (Argentine vigneron initially behind the wines of Terrazas de los Andes). From its inaugural vintage in 2001 up until 2006 Roberto was the winemaker before winemaking duties were taken over by Nicolas Audebert, who remained there until 2015 before returning back to Bordeaux to become winemaker for Chateau Rauzan Segla and Chateau Canon.

During this time the technical team at Cheval Blanc headed up by Pierre-Olivier Clouet were less involved in the winemaking philosophy at Cheval des Andes. It wasn’t until 2012 when they decided if they were to share their name, it was important for Cheval Blanc to really work closer with Cheval des Andes and to have it operating with the same attention to detail, technical proficiency and winemaking philosophy.

Malbec in the 19th century consisted of nearly 40% of all Bordeaux vineyards before the influx of phylloxera. Following the outbreak much of the Malbec vines were destroyed and never replanted, greatly reducing its impact in the Bordeaux blends of today. The Malbec that now exists in Bordeaux, is all re-grafted and from clones that are not the same quality as the original Malbec. Fortunately, this clone imported to Argentina in 1852 continues to be propagated in the region and it was the discovery of these vines that set the Cheval de Andes project into motion.

Pierre Lurton, on visiting Argentina in the late nineties came across an opportunity to purchase a vineyard of ungrafted Malbec that was planted in 1929. This for him was the opportunity to produce a wine with its roots in Bordeaux but a wine that was no longer possible to be produced there.

The original vineyard situated in Lujan de Cuyo (just outside Mendoza) is made up of 31 hectares planted at 1070 metres above sea level. In 2001 they also purchased a second vineyard in the Uco Valley – another 15 hectares plot with vines ageing back to 1945. This site situated further south and at a higher altitude (1150 metres) was a much cooler/ fresher site and it was here Pierre Lurton believed would be better suited for producing a Malbec with more tension an ideal blending partner to the Cabernet Sauvignon and Malbec grown in the warmer Lujan de Cuyo site. There is also for the time being a small proportion of Petit Verdot in the blend, although this is set to be phased out over the next few vintages.

Since the 1990s and the global commercial success of the single varietal Malbec from Argentina, red wine blends coming from Argentina have been somewhat overshadowed. Today Cheval des Andes is definitely in the minority opting to produce Malbec / Cabernet Sauvignon blends over and above single varietal wines. However, the savoir-faire of Cheval Blanc in their blending skills of Bordeaux varietals has always meant Cheval des Andes would share a similar philosophy.

Despite Cabernet Franc being central to the success of Cheval Blanc in Bordeaux, the climate in Argentina is just too hot for the varietal. Gerald explains that Cabernet Franc struggles with heat stress and can often shut down during the ripening period. Therefore, the blend for Cheval des Andes, depending on the vintage is predominantly Malbec (2/3s) with Cabernet Sauvignon making up typically 1/3 of the blend. Under the new guidance of Pierre Lurton and Pierre-Olivier Clouet from Cheval Blanc their goal is to make wines that have freshness, elegance and ageing potential. In order for them to achieve this the Cheval Blanc implemented changes at Cheval des Andes particularly the élevage of the wine. First off introducing a greater precision with their oak, greatly reducing the proportion of new oak and using larger oak barrels to have a less marked effect on this distinctly riper style of grapes when compared to Bordeaux. They have also introduced high quality Stockinger barrels (10%) which Gerald believes adds a tension to the palate and provides a longer finish to the wines.

The 2014 is an unusual blend for Cheval des Andes as the Cabernet Sauvignon was badly affected by a spring frost leading to making up just 8% of the final blend with the rest made up of 83% Malbec and 9% Petit Verdot. The Petit Verdot would account for the deep purple colour and spicy perfume to the nose although the aromas are undoubtedly reserved compared with the 2015 and 2016. The wine has an almost Southern Rhone feel to it with grilled herbal notes, lots of black pepper spice and additional smokiness brought about by the oak. Despite the herbal notes there is a complimentary sweet mulberry fruit flavor on the palate too and the wine remains elegant and well balanced.

Back to a more typical Cheval des Andes blend, the Malbec makes up 69% and the Cabernet Sauvignon 31% of the blend. In 2015 the team introduced the larger oak barrels and this combination perhaps goes some way to explain the more perfumed and fruitier nose. The Cabernet Sauvignon comes through too with a lovely graphite and cassis aroma. The wine has a lovely full ripe and fine tannin profile, good freshness and nice tension in the mouth. A real step up in quality compared to the 2014.

2016 is the year of El Nino – a cold stream from the Pacific ocean, which brought over 3 times the amount of rain typical for the region. However, being Bordeaux experts Cheval des Andes is used to this sort of quantity of rain and the winery strongly believe they have made one of the finest vintages ever at the property. The 2016 is made up of 58% Malbec, 37% Cabernet Sauvignon and 5% Petit Verdot. The wine has a wonderful aroma – black fruit, smoke, spice and a touch of reduction emphasizing the more protective age worthiness of the wine and a deliberate step from the Cheval Blanc team. Mulberry, blackberry and cassis fruit notes burst from the glass. The wine has a lovely integrated structure, elegant tannins and a refreshing tautness to the palate. If you missed the release of this wine earlier this week we still the last few cases remaining here. 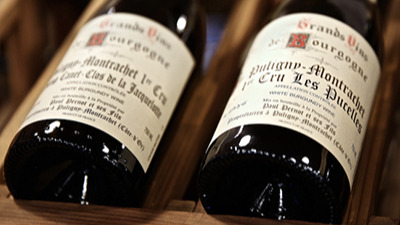