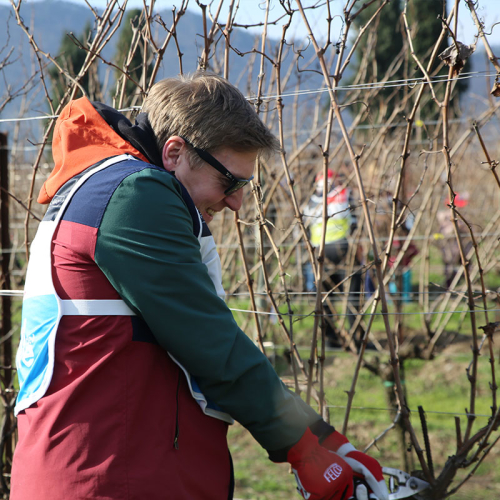 Because terroir needs more than just sun and rain

Last weekend saw the inaugural Festival del Potatore - Italy's first Vine Pruning Festival - held in the beautiful foothill vineyards of Franciacorta in Northern Italy. The Festival was the brainchild of Marco Simonit and his band of brothers known collectively as “The Pruninguys”; the closest viticulture is probably ever going to get to rock stars! These handsome, impeccably dressed viticulturists arrived from their respective bases, dotted around some of Europe’s greatest vineyards (from Domaine Leroy, Chateau Latour and Chateau d'Yquem, to name just a few) to put their skills and expertise to the test, and celebrate the end of a hard winter of pruning. 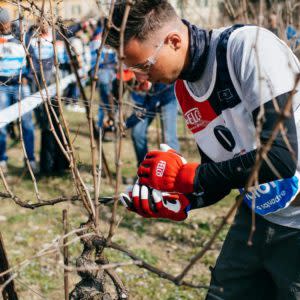 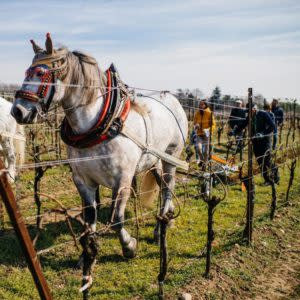 The event was an opportunity to bring some of Europe's greatest viticulturists together to compete against one another; testing speed, accuracy, canopy spacing etc. in vineyards temporarily loaned by one of Franciacorta’s best-known producers - Bellavista. There were even theory tests, with each competitor racing to the fill out their exam papers after pruning their designated row of vines! The competition set out to determine who is currently Europe’s greatest pruner; with each contender judged and individually marked in detail by the Simonit&Sirch team before the winners were announced. 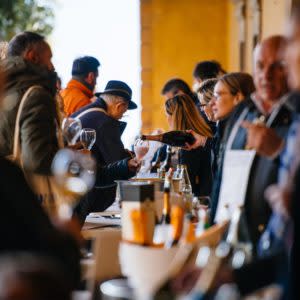 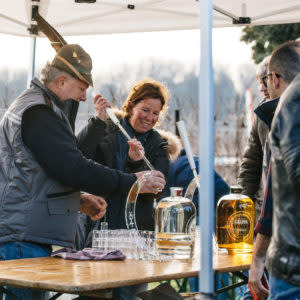 There were individual contests as well as team events with one winery pitched against another, the likes of Bellavista competing directly against Zenato and Antinori. Of course, the whole competition was run in the greatest of spirits; the atmosphere was one of positivity, of viticulturists celebrating their talents with like-minded winemakers and fellow wine-lovers. If anything, this was a coming-together of minds to share ideas and techniques in a symposium of viticulture. 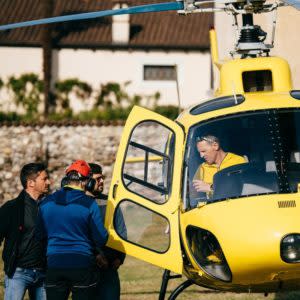 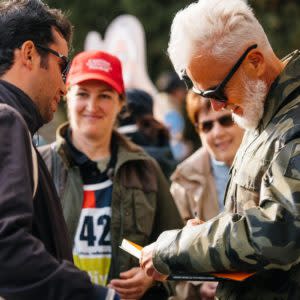 FINE+RARE was very proud to sponsor this inaugural event, recognising the too-often-forgotten vineyard workers whose experience and talent are behind every great bottle of wine. It could be claimed that in the last two decades it has been the winemaking consultants who have received all the praise, fame and hero worship for their input into cleaning up the techniques in the winery. As such, their influence and modern methods have become almost universally applied. This in turn has led to a change of focus; today we see much more attention on the vineyards and how they are maintained. Famously, Madame Lalou Bize-Leroy stated there was nothing special about winemaking; the skill comes from growing perfect grapes. She believes that if you have that, the wine will make itself. The Pruninguys are fast becoming the new heroes of fine wine and this Festival was a celebration of their efforts in bringing viticulturists, their skills and talents firmly to the forefront. 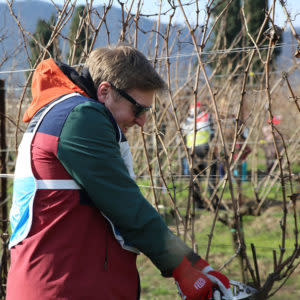 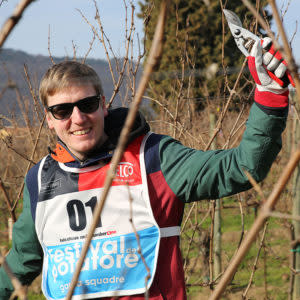 Whilst the team at F+R are not exactly skilled viticulturists, our friendship and collaboration with The Pruninguys over the last few years has taught us more than a little about their methods, giving us enough confidence to at least attempt to participate in the competition. The result was our Head of Fine Wine, Gavin Smith, making some life-changing cuts to beautiful old vines, whilst the remaining members of the team looked on in shock and awe. The pressure only mounted as Simonit&Sirch judges watched intently for any mistakes and older (and clearly more skilled) spectators tutted in disapproval. As Gavin looked back at the weeping wounds of his set of vines, he realised a medal was definitely out of the question and that a little more practice might be required before next year's Festival! Let’s hope we can bring a trophy home next year...