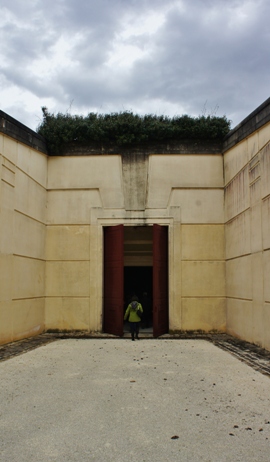 The second day of our Bordeaux trip began at 7am with a quick breakfast before our departure from St-Emilion across the river to the Left Bank into the territory of the great First Growths.

The sun was a pleasant surprise after the overcast weather of the previous day, highlighting the beauty of the landscape of the vineyards. Our first port of call was the beautiful Chateau Margaux. 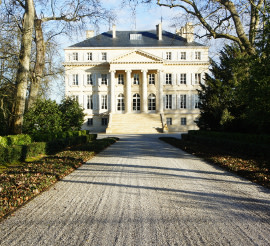 Margaux was one of the first properties to create a ‘reception’ area for visitors, and whilst it doesn’t have the slick, modern feel of some of its contemporaries, it’s still a warm space – the embers were still alight in the fire place, suggesting there might have been a bit of a late night for a few employees recently! The estate was originally conceived as a ‘small wine making village’, intended to be almost entirely self-sufficient with all employees living on the properties surrounding the Chateau. While the self-sufficiency may no longer be in place or totally necessary, the whole operation is as welcoming as any you’re likely to encounter on the Left Bank, regardless of the size or reputation.

After a tour of the winery, including the workshop where the barrels are crafted on site, we were treated to the 2008 efforts of both Pavillon Rouge de Chateau Margaux and the first wine, Margaux. A vintage which surprised everyone after low expectations, both were living up to their billing. The Pavillon whilst still young would be too good to resist if it was in the wine rack and the Margaux was even better, sitting majestically in the glass, it was denser than the Pavillon without being thicker or more unctuous. It was remarkably forward and not at all inaccessible. With great precision and soft tannin, anyone who has this has a serious wine – I can only imagine where it will be in 10-15 years! 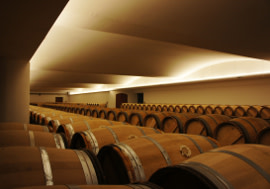 The Cellars at Lynch Bages

Next stop was Mouton Rothschild where our experience was to be of the more cerebral type. Having recently finished the fining process (which in doing so placed the Chateau several weeks ahead of some of their neighbours), we were treated to barrel samples of the 2011 D’Armailhac, Clerc Milon and Mouton Rothschild. While all were still clearly incredibly infantile in their developments, there was still a lot to take out of each wine. Certainly Mouton was displaying plenty of complexity already which was immediately translatable – charcoal and coffee layers complimenting an abundance of fruit. This felt like it will be approachable from a young age.

Before lunch at Lynch Bages, we were given a fascinating tour of the cellars which provided a fascinating insight into the past. Many of the old tools used in the production of Lynch had been faithfully preserved, making their cellars feel more like a museum as much as anything else and many of the artefacts on display really served to show how Lynch pioneered the sorting and vinification process.

Before our meal we sampled both the 2006 Ormes de Pez (which also falls under the Cazes umbrella) as well as 2006 Lynch. The latter was to prove of particular interest when we tasted it again over lunch. Set in a dining room around the corner from ‘Villages de Bages’, many of us were rather pleased to see a glass of white wine served to start in the shape of the 2011 Blanc de Lynch Bages. Just 1000 cases of this predominantly Sauvignon blend are produced and it was another excellent example of how good the whites of Bordeaux can be. As we sat down we moved on to the 1998 and the revisited 2006 Lynch Bages. At first the 1998 proved a little awkward and angular in the glass, somewhat reminiscent of what we found in the 1998 Cheval. This is certainly proving to be a vintage in the midst of some growing pains; although, the wine did begin to knit together and improve in the glass before the end of our meal. The opulence of the 2006 was clear both at the table and the tasting room; however, what it perhaps gained on the nose over lunch, it lost on the finish against the richness of the food, but this was a lovely, very serious wine.

Our final appointment of the day was at the little hill: Lafite Rothschild. For whatever attitudes this chateau might summon with regards to record high prices and demand from new markets, respect is still due and was indeed given, to what remains one of the great names in the world of fine wine. There’s an air of confidence and refinement about the chateau in contrast to the grand, palatial house of Margaux. However, its extensive 17th century underground wine library which leads elegantly into the crypt-like circular barrel room is spectacular. It is certainly no surprise that Lafite has been host to orchestras and other events in the round and it is certainly a fitting room for this great wine to reside and mature in.

As our guests took photos we were treated to a sample of the 2001 Lafite which was drinking beautifully - succulent but not brash, there were no rough edges or heat, it was just brilliant with a lingering finish. A nice way to end a great day.

We arrived into the city of Bordeaux and had  a brief period of rest and recuperation in our hotel, the 5* Le Grand Hotel de Bordeaux, before dinner was served in the private room of the Michelin-starred Pressoir d’Argent. Jamie and I used this opportunity to show a little bit more of what one can expect from mature Bordeaux. After opening with the delicious 1998 Krug, we began dinner with the 2006 Smith Haut Lafitte Blanc. The 2006 vintage was a success for whites in the Graves, being better than the much heralded 2005 vintage. While this Smith was a little closed, it was clear that it has significant capacity to develop given some age. 2001 l’Evangilefollowed – silky, velvety and already drinking beautifully. We moved from the Right to the Left Bank with a 1995 Palmer from Margaux. True to form though, this vintage had a significant percentage of Merlot, approximately 45% or so, which allowed us to draw comparisons with the Evangile – the Cabernet Sauvignon provided some spiciness to the wine. Our meal finished, as all meals should, with Yquem, this time from1998. This felt more unctuous than the 1996 that we drank in Cheval Blanc the previous day; flabby would be unfair to use, it just maybe needs a couple more years until it’s really good… 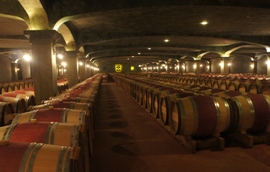