EditorialwinesThe Super Tuscans: everything you need to know 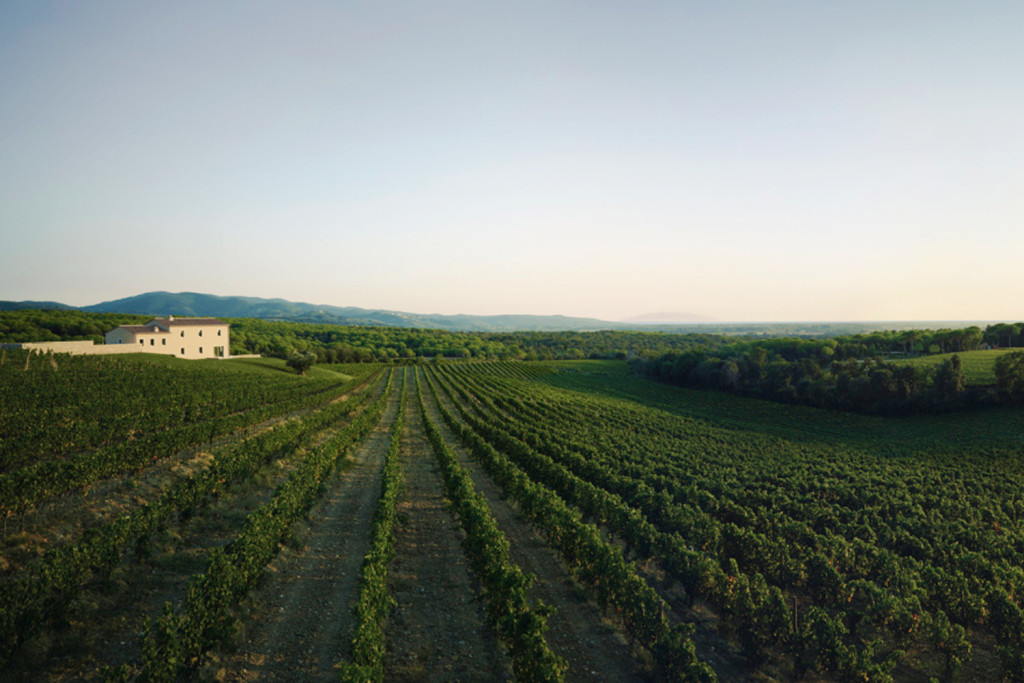 Sassicaia, Tignanello, Ornellaia: these fabled Super Tuscans are some of the world’s most desirable wines – kickstarting Italy’s fine wine renaissance, re-defining its reputation and proving what was possible. But how did these lowly table wines rise to the top of the fine wine ranks?

For a long time, Tuscany was known merely for its squat jugs of rustic Chianti, almost inevitably in quaint straw baskets; thin, insipid wines that are a shadow of what the region has proven it can produce today.

While Chianti had once been known for making fine wine – having been the first region to have geographical limits defined for wine production back in the 18th century – its reputation had, by the mid-1900s, been ruined. The area for production had been expanded in the 1930s, far beyond the historic heart of the region, encompassing lesser vineyards. The appellation rules encouraged producers to favour quantity over quality, with yields as high as 85hl/ha allowed, and specifying that red blends had to include a minimum 10% (and up to 30%) white grapes, with as little as 50% Sangiovese. Winemakers took advantage of high-yielding Trebbiano to bulk out the once-famous wines.

But one man changed all that. Enter Mario Incisa della Rochetta, a man who had been brought up tasting Claret with his grandfather. In 1944 – missing the taste of Bordeaux and inspired by the good wines his friend Duke Francesco Salviati was making near Pisa – he decided to plant a vineyard on his wife’s Tenuta San Guido estate in Bolgheri, on Tuscany’s coast, two hours west of Siena.

Identifying a stony site that sat at over 1,000 feet above sea-level, he took Cabernet cuttings from Salviati, and planted his first vines. The resulting wine was consumed only by family and friends, seen as overly green by the locals. But Incisa della Rochetta was encouraged by the results, and decided to plant more vines lower down the slope, and closer to the sea, in 1965.

His nephew Piero Antinori – who had recently taken over the family business – realised the potential of the wine, and the Antinori winemaker Giacomo Tachis started making the wine. Influenced by time in Bordeaux, Giacomo filled the cellar with new French barriques – small barrels that were a radical move away from Italy’s traditional large, old casks made with Slavonian oak. In 1971, Piero convinced Mario to release the 1968 vintage commercially and a star was born: Sassicaia.

Being 100% Cabernet Sauvignon, aged in new French oak and from Bolgheri – a region that at the time didn’t have a DOC – Sassicaia was labelled with the lowest official classification for Italian wine, “vino da tavola” or table wine. It rapidly won praise from critics and consumers, commanding a serious price that was at odds with its lowly classification. 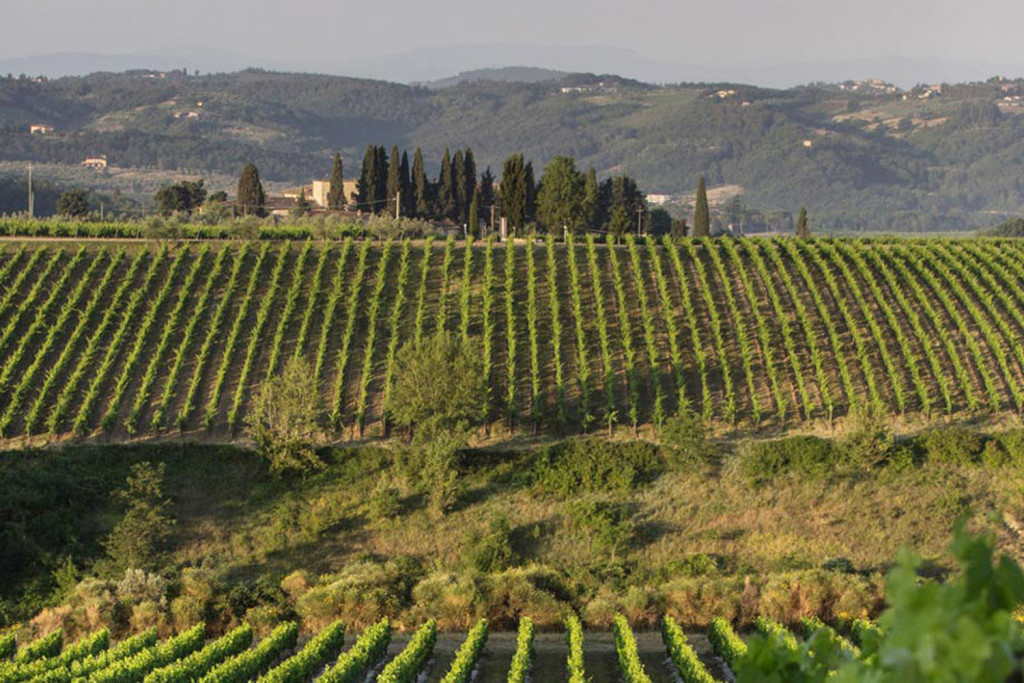 Where Sassicaia led, others followed. In 1978 Piero Antinori released the first vintage (1971) of Tigananello – a blend of Sangiovese and Cabernet grown in the heart of Chianti Classico. Bordeaux authority Emile Peynaud advised on the project, suggesting that the appellation’s stipulated white grapes were abandoned, and that it be aged in new French oak. Falling outside Chianti’s rules, it too was sold as a vino da tavola. Piermario Meletti Cavallari founded Grattamacco in 1977, and was the first to feature Bolgheri on the label, featuring this then little-known region in larger font than even the wine’s name itself. Piero Antinori’s brother Lodovico established Tenuta dell’ Ornellaia in 1981, planting Cabernet and Merlot. A flight of Chianti producers followed suit – ripping up the appellation’s rulebook to make cuvées with international grapes like Cabernet, using 100% Sangiovese, and/or French oak: Le Pergole Torte, Flaccianello, Cepparello, Percarlo, Fontalloro and more all pushed the boundaries of what was possible in Tuscany – but didn’t (and couldn’t) bear the region’s name on their labels.

These wines – the “Super Tuscans”, as they became known – were soon being recognised the world over. In 1978 Hugh Johnson organised a blind tasting of the world’s best Cabernets for Decanter. Pitted alongside the First Growths, it was Sassicaia that came out on top. The 1985 vintage of Sassicaia became legendary when Robert Parker – who had just risen to fame – gave it 100 points. In 2001, 1998 Ornellaia was named Wine Spectator’s Wine of the Year. These wines were putting two fingers up to Italy’s appellation system as they sold for the same price as Grands Crus Classés, despite their vino da tavola status.

In a bid to stem the tide of these ultra-premium table wines, the Italian authorities started to make changes. In the late 1990s and early 2000s, Chianti amended its appellation rules to try and reclaim the wines, allowing more variation in the winemaking, with no white grapes required and allowing 100% Sangiovese wines. But the damage was done, with the Super Tuscans already established as their own brand. Few returned to the fold to use the Chianti name on their label – a region that producers felt didn’t, then or now, have a reputation that aligned with the quality of these world-class wines.

The likes of Sassicaia, Tignanello and Ornellaia drew the international wine market’s eye to Italy. Bold, big, rich wines that won critics points, the Super Tuscans arguably turned the tide for the nation, garnering praise – and proving that Italy’s wines could compete on the world stage. Today, critics and consumers are looking beyond these iconic names to explore Italy’s extraordinary viticultural heritage, with the terroir-driven styles of Barolo, Barbaresco, Montalcino, Etna and more starting to find the spotlight. But Tuscany’s rebellious streak continues, with a new wave of producers – such as Bibi Graetz – producing wines that are bottled defiantly as IGT Toscana. While there’s plenty more competition, the Super Tuscans remain some of the country’s finest and most collectable wines.

The Super Tuscans you need to know

While there’s no set definition for a Super Tuscan, and there are many that could take the title, here’s our pick of the most famous wines

The first Super Tuscan, made by Tenuta San Guido, in Bolgheri; it’s a blend of Cabernet Sauvignon (85%) and Cabernet Franc (15%), and is the only single estate in the whole of Italy to have its own DOC, Bolgheri-Sassicaia.

A rival to Sassicaia in terms of fame, and also put under the sporlight by Piero Antinori, Tignanello comes from Chianti. It was the first to blend Sangiovese with Cabernet.

Tignanello’s sibling, it’s the reverse in blend – with Cabernet taking the lead, complemented by a smaller proportion of Sangiovese.

The other wine created by Lodovico Antinori: although planning originally to work just with Cabernet, Tchelistcheff identified the hill of Masseto as ideal for Merlot. The fruit from this site was bottled separately as a pure Merlot for the first time in 1986, and today Masseto operates separately from the Ornellaia estate, having its own winery and identity.

Another of the earliest Super Tuscans, this is Cabernet blended with Sangiovese. Piermario Meletti Cavallari purchased an abandoned vineyard in 1977 which was all Sangiovese, but  he later grafted over with Cabernet. He was one of the first producers to feature Bolgheri on the label of his wine.

This was one of the earliest expressions of pure Sangiovese from Chianti, aged in French and Slavonian oak. The first vintage of this was 1977, a blend of fruit from the estate’s best vineyards.

The first vintage of Flaccianello was 1981. Originally a single-vineyard expression, since 2001 it’s been a blend of the best grapes from the estate, but remains 100% Sangiovese, classified as Colli Toscana Centrale. The proportion of new oak has been toned down, and a portion of the wine goes into amphora.

This pure Sangiovese was first made in 1980, and today only sees around a third new oak, with a small proportion of American oak. It’s notable that it is bottled both under screwcap and cork, with Paolo di Marchi a strong believer in the benefits of screwcap.

First made in 1983, this 100% Sangiovese comes from the estate’s best vineyards.

Made with vines falling in Chianti Classico and Chianti Colli Senesi, this pure Snagiovese was first made in 1983.

Narrowly beating Masseto to be the first 100% Merlot made in Tuscany (with the first vintage 1985), the 1987 vintage of L’Apparita famously beat Pétrus, Le Pin and several other Merlots in a blind tasting which was judged by a panel including Michel Rolland in 1992.

First made in 1981, this was originally a blend of mainly Sangiovese with Cabernet in support, but the blend has reversed over time.

Bibi’s top wines are elegant expressions of Tuscany’s indigenous grapes, sourced from old vines at high altitudes. Testamatta is pure Sangiovese, while the flagship Colore is Sangiovese with a touch of Colorino. 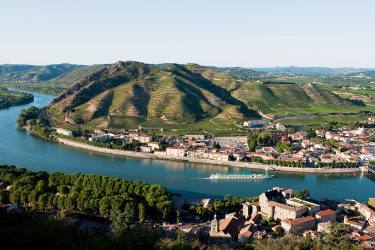