The Lighthouse: In Search of Cuban Tobacco

There are few places in the world that can match Cuba when it comes to growing cigar tobacco. The co-founders of Bloomsbury Atelier travelled to the largest island in the Caribbean to find out what makes it so well suited to this extraordinary crop. Uniqueness - the qualities that set one plant apart from another - can be minute. The vast variances that exist within the plant kingdom can be easily witnessed within families of plants like orchids almost immediately, but the subtle differences within the ‘Solanaceae’ family means one moment you can be looking at a tobacco plant and with one small shift in the gene sequence you are gazing upon a potato plant. Add to this uniqueness a highly developed Cuban cultivation and agriculture and you begin to find a gloriously complex material that has slipped into our common language, disguised as the ubiquitous Cuban cigar.

Where can you find the epitome of fine tobacco experience? The Pinar del Río - located in western Cuba, it is the most important and highly respected province for growing all the key leaves used in Havana cigars. The main region in the province, Vuelta Abajo, produces the finest leaf grades, known as Vegas Finas de Primera. This is where Bloomsbury Atelier based themselves when they went to meet the growers, farmers and community that bring this plant story to life...

We can trace the current Cuban tobacco crops back to the early 1900s when the ‘Habanensis’ seed was developed by botanists studying the indigenous Cuban Black Tobacco. This plant was prized internationally for its characteristic ‘Cuban taste’ but had been prone to blight before this seed was engineered to develop resistance while keeping the distinct Cuban flavour. As with so many crops, the location and the method of cultivation has a huge impact on the final quality of the produce and Cuba is no different. 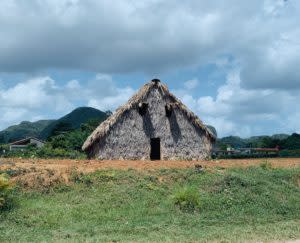 Preparation for the growing of the plants starts in mid-September each year, Seeds are mostly propagated outside in open air seed-beds and after 45 days of activity they are ready to be planted out into the rich Cuban soil. Soil is cleared, root systems shored up and when the plants reach the right height the top bud is sheared off the top and so drive all the plants energy into growing it’s leaves. At this point there are 2 ways for the farmers to define a tobacco leaf on it’s journey: Grow it in Shade or Grow it in the Sun. Swathes of Fields covered in ‘Muslin Cloth’ create ‘shade grown’ tobacco. The cover forces a plant to produce leaves that are more broad and consequently thinner than average. This will become the defining characteristics of an excellent ‘Wrapper Grade’ leaf. Pure Sun grown leaf however will soak up the rays to develop the wide gamut of flavours and add a complex set of taste profiles to the 4 different grades of leaf (called Primings) that it produces. 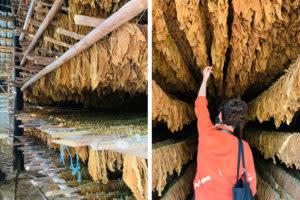 After 40 days growing in the field, under shade or in the sun, a 30 day Harvest starts. Shade-grown plants have the lighter, lower leaves picked first and see the harvest progress upwards to the darker coloured wrapper leaf at the top of the plant. In sun-grown plants, the second-up Leaves gathered are destined for the Volado for lighter-flavoured filler and for binders. Third-up is the Seco leaf suitable for medium-flavoured filler leaf. Last but not least, the fourth priming is the Ligero, the full-flavoured filler leaf. These are known as Primings and are mixed and matched, sorted via grower and even field and will go to create each individual cigar house’s distinct blend and subsequent flavour. 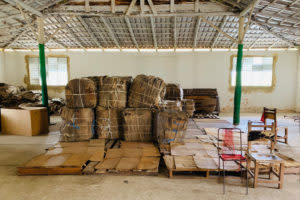 Next comes perhaps the most important and magical piece of the puzzle. The microbial action of the Caribbean at work on the green leaf of the tobacco plant: fermentation. First all the leaves are assembled, arrange and Cured in barns on the grounds of the farms themselves. It’s a labour intensive and complex process but the first step on the road to developing the deep complex experience of cigar tobacco. The curing is an oxidative enzymatic process that breaks down the Chlorophylls and produces tannins. After up to 65 days the different primings are stacked into piles to drive out oxygen and commence a long fermentation process that transforms the cured leaf into the quintessential Cuban tobacco experience. The fermentation process works on converting acidity, smoothing out nicotine and developing the flavour of the filler leaf and colour of the wrapper leaf. This can commonly go anywhere from 50 days to 2 years. This now fermented leaf is assembled, packed, bailed and sent to storage rooms for slow further ageing. This can go for periods of up to 5 years defines the flavour of Cuban tobacco leaf that produces that mellow and moorish flavour in Cuban Cigars. 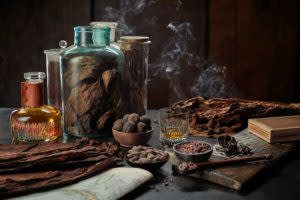 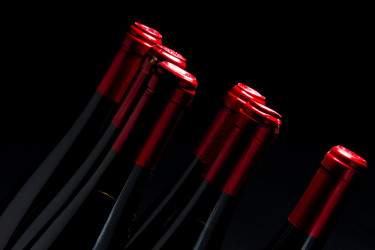