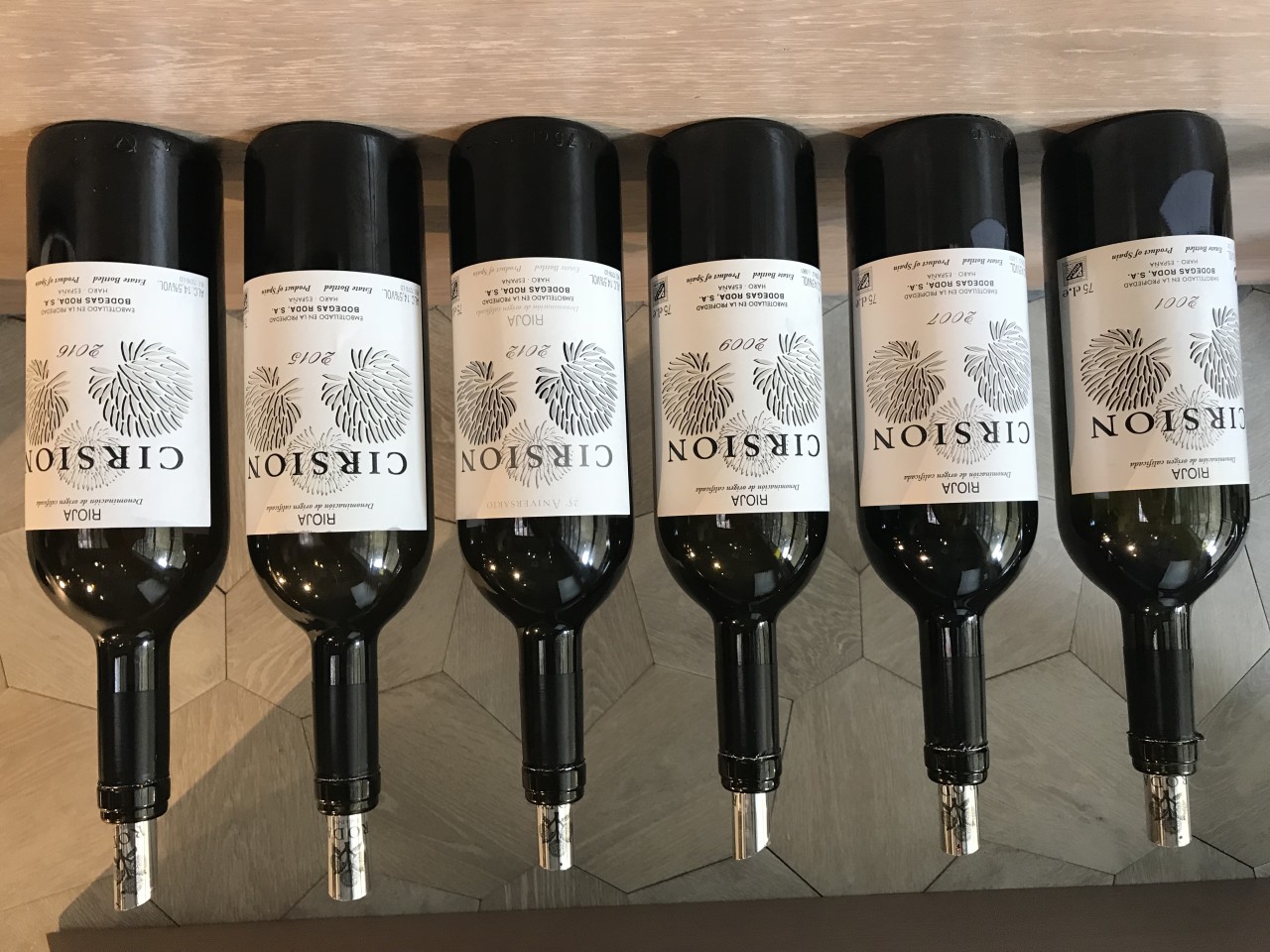 Bodegas Roda, a winery based in the heart of traditional Rioja territory Haro, has been pushing boundaries for the region and its signature grape variety Tempranillo. Roda’s philosophy has always been focussed on mastering the essence of Tempranillo and its potential as a world class varietal. On a fascinating tasting through the Roda range with winemaker Agustin Santolaya and commercial director Victor Tabares we tried to get under the skin of the Tempranillo varietal.

Roda’s wines have always been governed by flavour, so much so that their main Rioja Reservas – Roda and Roda I are two cuvees defined by flavour. Following vinfication, the red fruited Tempranillo wines go into Roda and the black fruit flavoured Tempranillo goes into Roda I. Both are aged the same. The only difference is their flavour profile. The wines from the Estate are more polished and plush than traditional Rioja yet retain great clarity and purity of fruit.

The winery has invested heavily into research of the region and the varietal, dedicating 7% of the Estates turnover into their research team. The research and experimentation that has gone into their flagship wine “Cirsion” is a perfect example of their dedication to perfection. Cirsion is only made in top vintages at the Estate and is different in almost every way when compared to traditional Rioja. How so?

Well, despite being their finest wine, it receives the least amount of oak ageing than any of their wines (not even qualifying as a Crianza). French oak is only ever used and it is also the earliest picked grapes of all their cuvees. For the uninitiated it is hard to understand why these factors would produce the best Tempranillo on the property...but these decisions have been made from a multitude of experiments dating back to the mid-nineties.

Cirsion itself, started off as an experiment. The goal was always to produce the best possible Tempranillo from Rioja. To do this they had to understand what the fundamental determining factors were, that related to quality. The age of vines was universally felt to be instrumental – naturally low yielding with deep root systems produces small concentrated berries and are less prone to irregular ripening caused by climatic events of the season.  Second, was identifying the optimum time to pick the grapes in order to make the best wine. Winemaker Agustin Santolaya and his team started experimenting with the 1995 vintage, picking the grapes at different times and producing small micro-cuvees and comparing results. With such attention paid to individual vines, it became clear that certain vines behaved quite differently to others. On tasting the berries they found that some vines were producing grapes with ultra-fine tannins as well as producing an additional vinous character. These vines were individually marked and the same experiment took place the following year. Again the results were similar – certain vines were producing exceptional tannins and an additional complexity in flavour not found in neighbouring vines. In 1997, the first Cirsion wine was officially made (just 300 bottles) and the results were exciting. They found the tannins to be incredibly smooth (even at this early stage) and they found almost no astringency in the wine.  With Cirsion, the team believed the oak use typical to the region would only take attention away from the purity and clarity of the Tempranillo these exceptional vines produced. With this in mind, they stripped back the oak and aged for just 8 months using only 1/3 new barrels, something unheard of in Rioja traditional practices. The result is a very pure expression of Tempranillo unmasked by winemaking techniques.

Winemaker Agustin Santolaya explains the three factors that began to shape the Cirsion project: Firstly it was the agricultural factors - vines with age, good exposition and at altitude. Secondly the grapes genetic disposition (Agustin identified that it was only certain clones of Tempranillo that produced this tannin profile and they needed to be singled out). And finally, the climatic influence - the team found it was only warm Mediterranean vintages that produced the adequate concentration, clarity and definition that defined Cirsion.

Last week F+R were fortunate to taste the first ever Cirsion vertical tasting to take place outside of the winery.

The tasting included the last 6 vintages made at Roda, starting with the upcoming release of the 2016 followed by the 2015, 2012, 2009, 2007 and 2001. The tasting was an opportunity to find out the ageing potential of the wine and how each vintage was marked by the unique climatic differences of that particular year. It also marked a clear change of direction between the last 3 recent vintages with the addition of Graciano into the blend. The Roda team felt the addition of Graciano necessary in light of climate change. By adding a small proportion of Graciano into the blend it helped retain freshness & acidity in the wine in these ever warmer vintages. These 3 wines felt distinctly different (for the better) with a much smoother texture and the wine more integrated and complete. That’s not to say the 3 older vintages were any less, just perhaps less cohesive. Having said that the 2001 felt incredibly young (younger than the 2007) due to a great density of fruit and fantastic balance making this a wine that is ageing incredibly slowly. 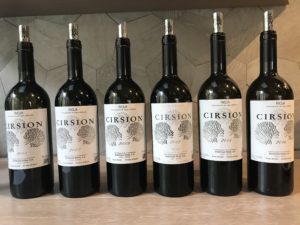 One of the main purposes of the vertical tasting was to show just how well the wine does age. It is often thought that extensive ageing in barrel and high levels of extraction are key to a wines ageing potential but according to Agustin it is the all-important balance that makes a wine age slowly. This I found to be true from aged wines all over the world. It is only when the acidity, tannins, alcohol are so integrated that the wines seem almost timeless.

High levels of tannin don’t directly result into a wine with long ageing potential, usually if out of balance, the fruit dries out before the tannins integrate.

Get it right and the wine will develop incredibly slowly giving drinking pleasure for many years.

Even in the top wines of the world that perfect balance is not guaranteed every year. Whilst the 2007 tasted more developed that the 2001 (with more forest floor aromas along with an array of dried spices, scented perfume and tobacco) it is as interesting as the 2001, just developing faster.

The younger wines didn’t have the pungent aromas the more developed wines had. Aromatically they were almost reticent at this time in their life – only to open up further with age. The mouthfeel however was already resolved, plush and brimming with fruit flavours of great purity.

The 2015 is full of power, ripe juicy black fruits typical of the warmer 2015 vintage. It has almost Pomerol-esque creamy tannins, power and volume without overt ripeness. Through the vertical tasting it becomes clear each vintage is very particular, whilst at the same time sharing a common thread that exists throughout the vintages.

The 2016 (released on to the market yesterday) is a highly promising – ripe but more freshness that the 2015. The 2016 retains that plush silky texture synonymous with the winery’s modern style and the addition of the Graciano seems to add even more cohesiveness to the palate. The wine has great mid-palate volume and power with fine delineation of fruit (red plums, raspberry) and an earthy savoury character.

All wines come highly recommended, and if you missed the release offer yesterday from F+R click here.