EditorialtastingThe history of vermouth in cocktails: shaken not stirred

The history of vermouth in cocktails: shaken not stirred 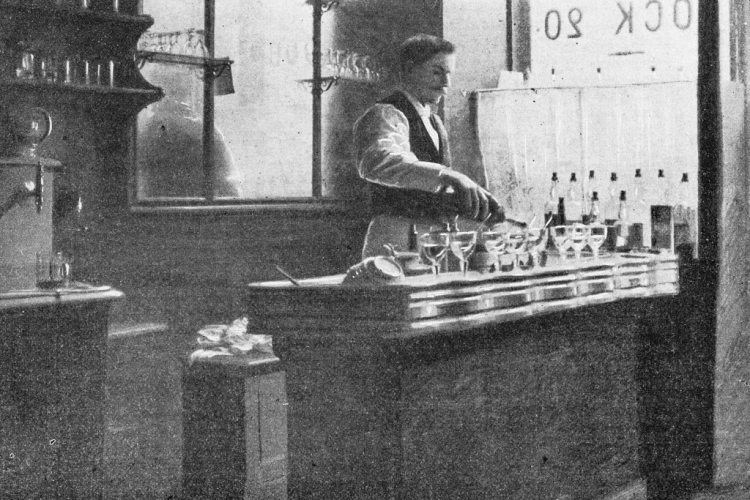 No drinks trolley is complete without a bottle of vermouth. It’s required in countless classic cocktails and is a remarkable drink in its own right. Holly Motion charts vermouth’s rise to prominence and explores the history of four of the most famous vermouth-based cocktails

Think of a cocktail. Is vermouth in it? If you’re thinking of a classic cocktail, there’s every chance it is. The Martini, Negroni, Manhattan – I could go on. And on.

For whatever reason, vermouth has not always received the recognition it deserves for propping up so many exquisite mixed drinks. In fact, I’d hazard that a fair amount of cocktail lovers don’t know vermouth is in their glass at all, or, if they do, their knowledge of the liquid might be a little patchy.

When it comes to vermouth, there are a few things you need to know. Vermouth is an aromatised wine which hails from Torino, Italy. It is generally accepted that vermouth – as we know it, not the kind prescribed by Hippocrates in 400BC for ailments – was invented in the 16th century.

In 2019, a Geographical Indication was introduced to protect the style and quality of vermouth from its birthplace, Turin. Under these regulations, vermouth must be made with at least one Italian wine, wormwood must be the predominant flavour and the wormwood used must be grown in Piedmont. The final liquid must also be between 16% and 22% alcohol in order for it to be labelled “Vermouth di Torino”. 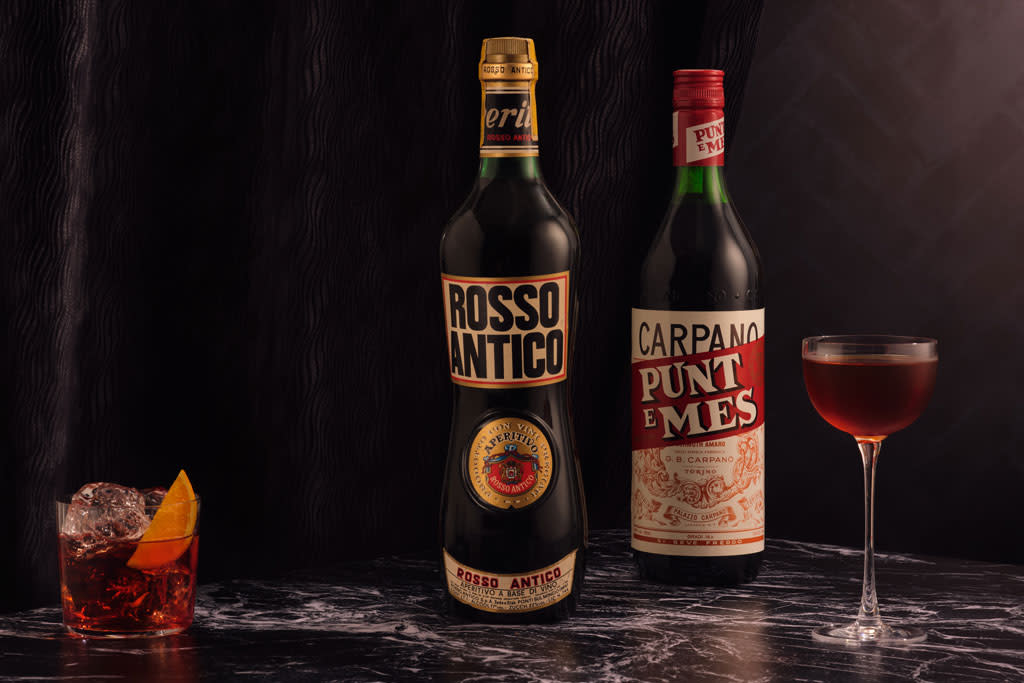 It might be hard to believe given the Negroni’s current notoriety, but this simple serve of equal parts vermouth, Campari and gin was incredibly slow to catch on. As is often true in cocktail lore, there are a couple of people credited with its invention. The most widely accepted is a Count named Camillo Negroni who asked a bartender at Caffè Casoni in Florence to make his Americano cocktail a touch stronger. They duly obliged and switched the soda water for gin. This is believed to have taken place in 1919. A smaller camp credits a man named General Pascal Oliver Comte de Negroni with the invention of the cocktail in Senegal between 1855 and 1865.

Setting aside the inventor for the moment, the Negroni, unrefutably, became de rigueur in the early 20th century – requested across Europe and favoured for its bitterness and alcoholic strength. Orson Welles was a very high-profile fan, famously quoted in 1947 for saying: “The bitters are excellent for your liver, the gin is bad for you. They balance each other.”

In the years that followed, the Negroni’s popularity waned when appetites became more saccharine in nature. In the early 2000s, things shifted again as the Negroni began to appear on cocktail menus at some of the best bars in the world. It wasn’t long before the recipe featured in cocktail books and drinks sections of influential titles, such as The New York Times. Fast forward to today and the Negroni is regularly named the most popular cocktail by patrons and bartenders alike. There are countless riffs on the original recipe and an entire week is dedicated to celebrating it.

How to make a Negroni

Pour all ingredients into a glass with ice and stir well. Add garnish. 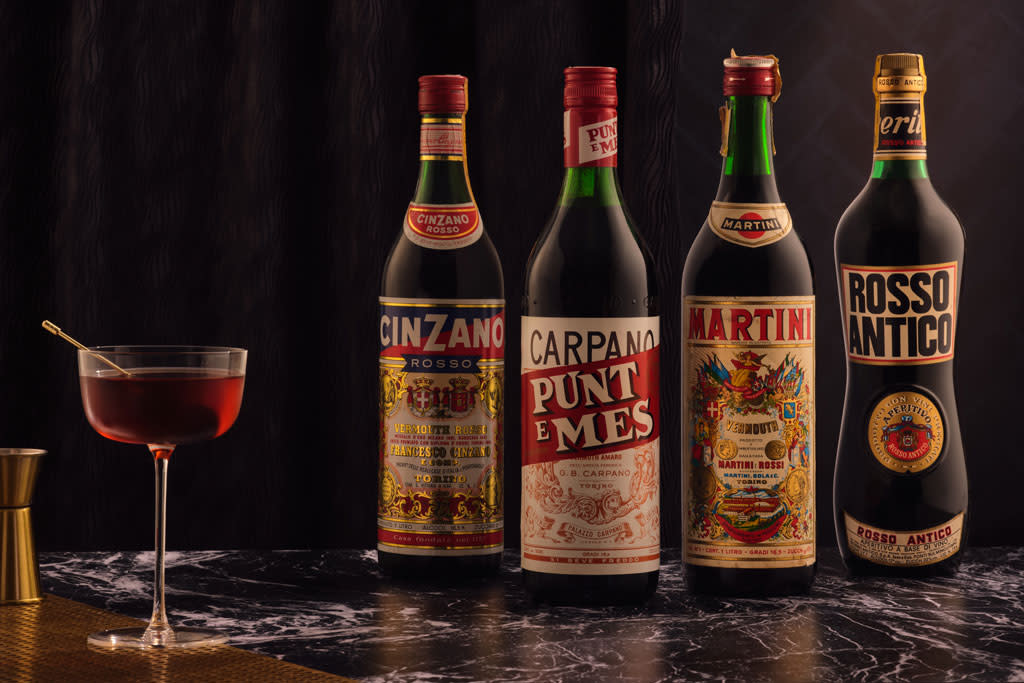 The Manhattan has assumed many guises over the years, making its exact origin a hotly contested subject. Some believe Sir Winston Churchill’s mother was served the first Manhattan cocktail at the eponymous club in New York in the early 1880s. Others question the validity of this claim as she was likely in the UK, pregnant with the future Prime Minister, around this time. Some believe a New York bartender by the name of Black invented the recipe at the Hoffman House.

The earliest known record of the Manhattan, in which this name and the recognised recipe, appear is in The Sunday Morning Herald in September 1882. Unhelpfully, some referred to a very similar recipe as a Jockey Club or Turf Club Cocktail. The classic recipe consists of Rye or Bourbon, sweet vermouth and bitters. During Prohibition, it was not uncommon for people to use a different whiskey as the base ingredient. If you substitute American whiskey for Scotch whisky, you have a Rob Roy cocktail.

How to make a Manhattan

Add all ingredients into a glass filled with ice and stir. Strain into coupe or Martini glass and garnish. 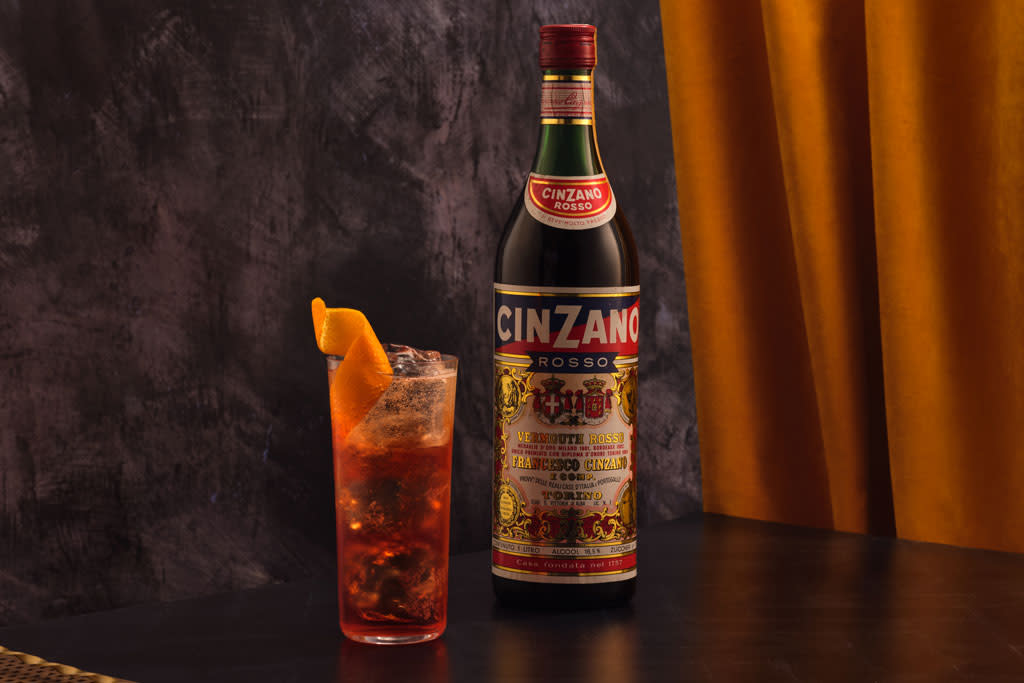 The Americano recipe was invented at Gaspare Campari's bar in Milan in the 1860s. The cocktail of equal parts Campari, vermouth and soda water, was originally named “Milano-Torino” after the principle ingredients’ home towns of Milan and Torino respectively. The simple serve was renamed in honour of its growing fanbase: American tourists.

The Negroni recipe was based on the Americano and contains two of the three main ingredients – with the soda water switched for gin.

While many associate James Bond with the Vesper cocktail or a Martini – shaken, not stirred – the first cocktail associated with 007 in Ian Fleming’s work was actually an Americano in Casino Royale. It is later written, in A View To Kill, “Bond always had the same thing – an Americano”.

How to make an Americano 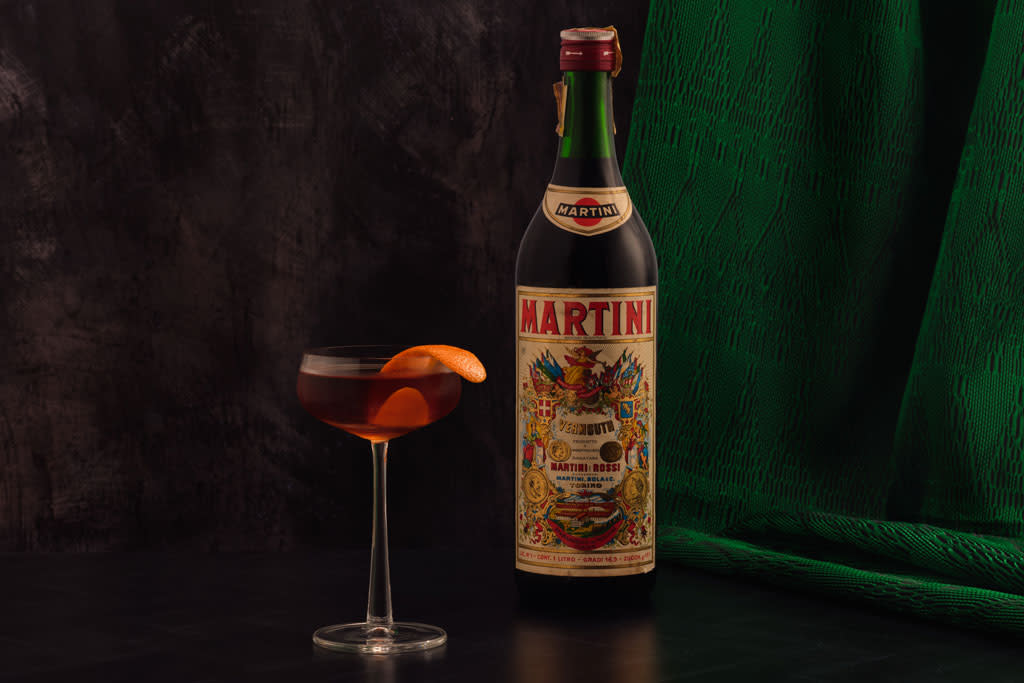 A slightly less well-known vermouth-based cocktail, the Adonis was invented in honour of its Broadway musical namesake. The musical, based on William Gill’s novel, first opened in Chicago in 1884 and went on to become the longest-running show of its era. As the name suggests, the story follows a beautiful male statue who comes to life and ultimately opts to return to stone. The first reference to the Adonis cocktail was written in 1887.

How to make an Adonis

Stir all ingredients with ice. Strain into chilled glass.

Read more about vermouth or explore our range of vintage bottlings 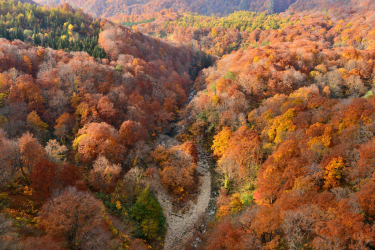