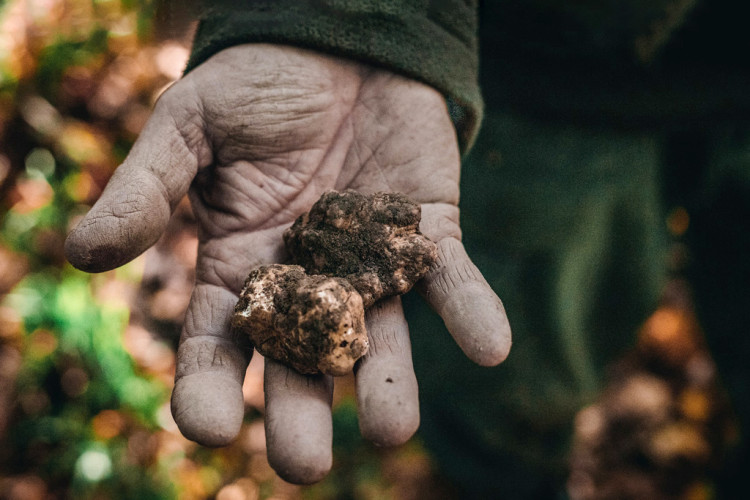 Love them or loathe them, truffles are undoubtedly some of the most majestic ingredients on the planet. But, with a changing climate and an ageing cohort of specialist truffle hunters, the future of this rare delicacy is uncertain. Sophie Thorpe explores

There’s something magical about the way these funghi lie just out of sight. The elusive treasures lurk beneath an otherwise unassuming forest floor, found only with the help of a specially trained hound. Once unearthed, however, they become the centrepiece to the world’s most expensive dishes, prized by Michelin-starred chefs and gourmands alike. They aren’t just another ingredient, however, there’s theatre to their presentation: the stage set in the kitchen, then served with a flourish tableside.

For Rowan Jacobsen, author of the recently published Truffle Hound, one sniff was enough to keep him on the trail for three years. The Vermont-based writer was in Barolo in 2018 and on his way to the table, when he passed a giant white truffle under a glass cloche. Instinctively he lifted the dome: “I didn’t even make it to the table. Such a crazy smell. I was destroyed at the luncheon – I kept thinking about the truffle,” he tells me. That one flare of the nostrils had him hooked, and he’s been following truffle hunters around Europe ever since. His book follows his adventures – discovering “dreamers, schemers, and some extraordinary dogs” along the way.

Piedmont is considered the home of the truffle – with the annual fair in Alba (running from October to December) the epicentre of the trade. White truffles (tuber magnatum), as found in Alba, are the crème de la crème of the truffle world – distinctly seasonal, flourishing in the autumn and winter. This brief window of opportunity is key to their appeal. As Donald Edwards, Head Sommelier at La Trompette, says, “What else can you have where the stopwatch of deliciousness is literally ticking by the table?”

Of course, not all truffles are created equal. Black truffles are a third or a quarter of the price of white truffles and offer a very different aroma. Jacobsen describes “more pungent, more overwhelming” and “invigorating” scent of white truffle as “garlic, salami, almost gasoline” versus the “comforting, soothing, round” notes of “cured olives, cocoa and hazelnut” that he associates with black truffles. And while there is only one white truffle, there are two types of black truffle: the black winter truffle (or Périgord, tuber melanosporum, now mostly grown in Spain) and the black summer truffle (tuber aestivum, sometimes known as the Burgundy truffle but found all over northern Europe, including southern England). The latter, more widespread breed is not nearly as intense as its winter sibling, meaning more is needed for the same impact.

One reason that white truffles carry such a premium is also that they have – so far – proven impervious to cultivation (although scientists in France have recently claimed to have cracked this).

The truffle hunters, or trifulau, in Piedmont are therefore unsurprisingly secretive about where they find their treasure. Often speaking only a local dialect, these foragers roam the woods – often under the cover of darkness in search of “white gold”. Their dog will sniff their way to the right spot, pawing the ground and patiently waiting for their master to dig up their bounty.

“It’s a billion-dollar industry totally dependent on dogs’ noses,” Jacobsen says, laughing at the absurdity. While the hunters might avoid the limelight, it’s not the case when it comes to their dogs, Jacobsen tells me. The canine connection is taken to the next level when you also depend on a four-legged friend for your livelihood.

While pigs were the original snouts charged with sniffing out truffles, hunters switched to dogs in the 17th and 18th centuries. Lagotto Romagnolo is the “traditional” truffle-hunting breed (and comes with an associated premium, given their potential return), but today almost any dog is used. They simply need to be trained and have the right nose for the job. 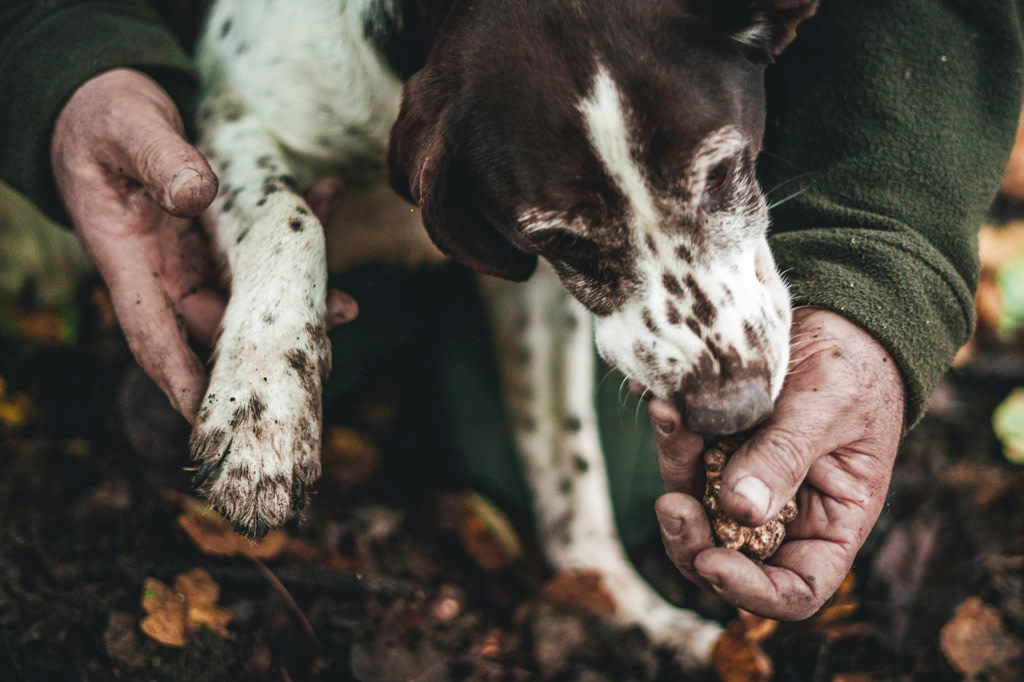 Dogs are key to finding truffles, making or breaking a hunter's career

“Good ones are amazing,” Jacobsen tells me. “They can find a truffle 50 yards away in the forest and they just know it’s there.”

Trifulau Luigi Rosso has been – along with his dog Danko (aged seven) – sniffing out the good stuff for 30 years. While it might look easy, he says that it’s incredibly difficult and can be dangerous for both hunters and their dogs, traipsing through forests in the dark. It is, however, all worth it for him.

“The tranquillity that is in the air while you go for the truffles. The moon, the silence and only the sound of your footsteps on the damp leaves, then the joy of your dog when it finds one…” he tells me.

The unique scent of truffle is what drives connoisseurs to seek them out – bidding on the finest examples for extortionate sums. “I feel like they've evolved to hit some deep pleasure receptors in our brains. When they're good you just want to luxuriate in them,” Edwards says.

William Lowe MW – the man behind Cambridge Distillery – set about capturing the elusive flavours of truffle in his quest to create a digestif-style gin. The idea was born when looking at the digestif trolley in a Michelin-starred restaurant – and a sommelier who was scornful at the idea of a gin worthy of joining its ranks of fine Cognac and single malt whisky. “If you look at those rare and mature examples, you’ll see that the oxidative maturation process creates these beautiful earthy aromatic profiles sometimes referred to as ‘forest floor’. We wanted to achieve this profile through distillation rather than maturation, and truffles gave us the perfect route to do so,” Lowe says.

“It took me a very, very long time. Because truffles are hard to deal with. They are packed full of volatiles, which is to say that truffles smell more than they taste,” the Master Distiller explains. “If you think it through – every time you open a door to a restaurant that is serving truffles, bang you get it straight away. But if you look at the food they serve truffles on and it’s always almost neutral dishes: creamy pasta, mushroom risotto. It’s never on super flavoursome dishes because if it is, you can’t taste the truffle anymore.”

The challenge, however, was capturing something that doesn’t want to be caught, and finding the right level of truffle.

“With truffle, chefs will normally do one of two things: either they’ll know you know it’s expensive so they’ll use loads of it so you can’t taste anything else for the rest of the meal – or they’ll do the opposite. They know that you know it’s expensive so they use so little that it’s the Emperor’s new clothes – you sort of have to search for it. It takes a genuinely skilled chef to use truffle well. And using it well is when you get all of that amazing aroma but you can still taste the other things.”

This was what Lowe was aiming for – but it wasn’t easy. He spent months refining the distillation technique for truffle, but the flavour was only “ok”. He went back to the drawing board and decided that the problem was the truffle he was using – black wouldn’t cut it. “We went straight to Piemonte – white truffles from Alba. Gram for gram, worth more than gold […] and it came out and tasted a lot better than gold does so that’s an easy trade,” says Lowe.

For trifulau Rosso, you need at least 10 grams on a dish (whereas, he says dismissively, restaurants will often only use a measly five) – with homemade tagliarini top of his list, although he also suggests trying it on panna cotta. He considers Pelaverga – a rare red variety that’s native to Piedmont – the classic pairing, but otherwise goes for one of the region’s other reds, Barbera, Barbaresco or Barolo. These are undoubtedly the classic pairings, following the simple rule of what grows together goes together.

However, Jacobsen or Edwards don’t agree. “It couldn’t be more wrong. It really requires a white. The tannins clash with the aromatics,” Jacobsen says. The truffle specialist opts for Champagne, white Burgundy or cool-climate Californian Chardonnay – even Beaujolais. As for Edwards, he likes something that plays on the delicacy’s textural quality: “They work so well with buttery, umami-laden cheese sauces that I can't not want really classy Chardonnay. I want bâtonnage, I want really expensive but underplayed oak and I want ripeness with a gimlet-eyed stare of terroir behind. Basically, Burgundy, Mornington or the best of the Santa Rita Hills (I'll accept that other places also make perfect wines for this), plus if I can have a few years in bottle to build that sous bois flavour connection then all the better.”

At the time of writing, we’re in the midst of the 2021 truffle season – one that has brought eye-watering prices. The hot, dry summer in Piedmont (unlike the wet conditions experienced in northern Europe) has led to a tiny crop – some say the smallest in history, driving prices up. Bloomberg has declared it “The Great White Truffle Crisis”.

The white truffle needs such specific conditions that climate change, and – as Rosso tells me – the warmer autumns in Piedmont, pose a serious threat. While we consider Alba the spiritual home of white truffles, today most come from elsewhere. Both Central Italy and Le Marche, but also Romania, Serbia, Croatia and Hungary are all now hotspots for truffle hunting. Many of these regions are benefiting from the shift in climate, now having the ideal conditions to nurture the rare tuber magnatum. As for black truffles, the summer variety can now be found as far north as Sweden, but drought conditions mean that irrigation is becoming essential for existing orchards.

Beyond climate, there are other challenges. In Piedmont, there are fewer forests than there once were, with more profitable vineyards replacing woodland (another reason that hunters are looking elsewhere). Also, the local trifulau are – in general – an ageing group. One truffle hunter, Carlo Marenda, has established a non-profit, Save the Truffle, to try and protect the region’s truffle hunting heritage – both by passing on the tradition to younger people and protecting the forests, nurturing the right environment for truffle growth.

“It used to be that these forests were very actively used by farmers, peasants – fallen wood for firewood, leaves for animal bedding etc. So forests didn’t have a lot of undergrowth,” Jacobsen explains. “But then the world changed.” With the forest floor not being cleared, decaying matter acidified the soil – something that truffles hate. Truffles thrive in high pH soils, which is why they’re found on beds of limestone. To ensure the forests provide a welcoming home for the tubers, it’s essential they’re managed correctly.

While there are certainly challenges to preserving the truffle’s place in Piedmont, the good news for gastronomes is that these tubers aren’t disappearing – just moving.

After three years on the trail, Jacobsen is as enchanted by truffles as when he began. But he’s less keen on the hierarchy that comes with them. There are, he says, plenty more species of truffle beyond those currently on the market – but hunters can’t sell them, so keep them for themselves. He hopes the truffle culture will shift to grassroots foraging, rather than “waiters in tuxedos grating your precious morsel over your pasta”.

However it reaches your table, it’s clear that the truffle holds a special allure – and the transience of its elusive scent, fading with the seasons, is what keeps us on the hunt.

Our last shipment of truffles will be made soon: find out more.

Truffle Hound is out now. 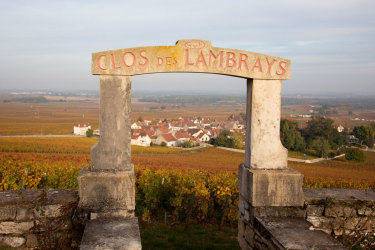