A story in Sangiovese: two decades of Colore 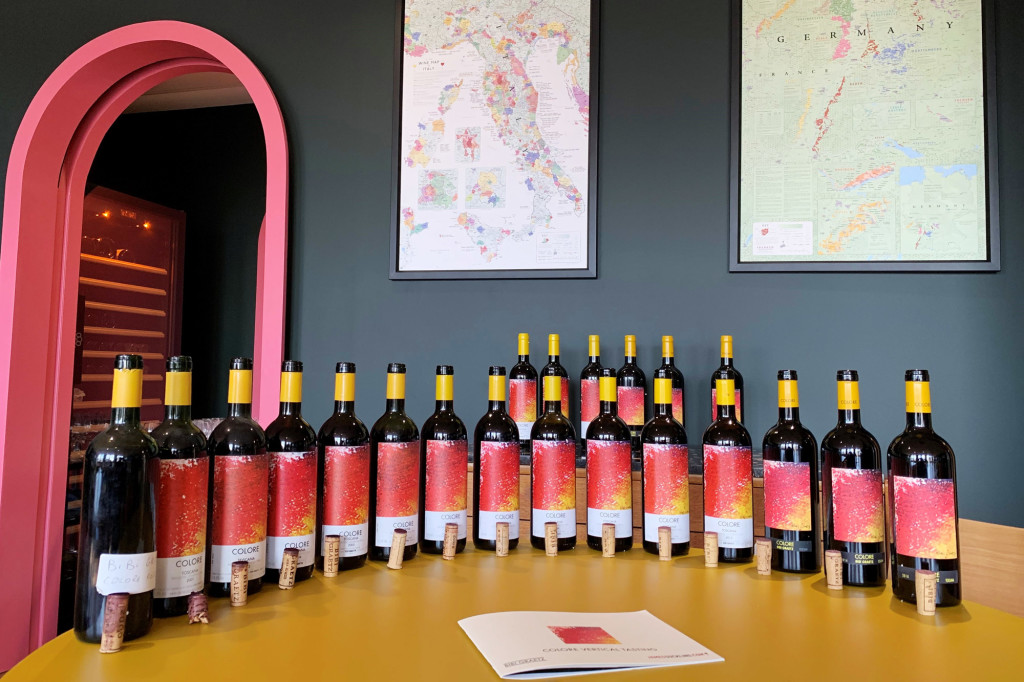 It’s 20 years since Bibi Graetz created Colore, one of Italy’s top wines. To mark the occasion, Gavin Smith tasted through 14 vintages – exploring the evolution of this rare Tuscan red, and its maker

Getting to taste a vertical of any one wine is undoubtedly the best way to understand it. It provides that rare opportunity to see how well each wine has evolved, how each vintage was shaped by its growing season and whether the wine’s character and personality remains a constant throughout. But these 14 vintages of Colore – spanning the first 20 years of its existence – are as much about Bibi Graetz’s own evolution as that of the wines.

Over the last two decades there has been a dramatic change in the production of Colore – one that mirrors Bibi Graetz’s journey of discovery in winemaking and viticulture, having started as a complete amateur. From 2000 to the most recent vintage (2018), the wine has completely transformed in both where it is grown and how it is made.

As Graetz says, the concept behind Colore never changed. “I wanted to make the best wine possible. All that changed was how! In the past I thought the best grapes had to be the most powerful. We were green harvesting in the vineyard – getting the production as low as possible, we were bleeding off juice in the winery to increase the concentration, we were using new oak to bring more body, intensity, power.” In complete contrast, today there is no green harvest in the vineyards: Graetz doesn’t even hedge the vines, preferring them to find their own balance. There is no more bleeding off, with Graetz believing a natural balance is more important than a higher level of tannins. There is no new oak anymore – just old barrels, large foudres of various sizes and cement tanks for maturing the wine. At the beginning, Graetz worked with a consultant, but as he took on more of the winemaking himself (from 2004 onwards), each experiment saw the wine style and production change, based on his own experiments and intuition.

One thing has remained consistent throughout: the unusual method of fermenting the wine in barrel. With Graetz’s commitment that Colore should be made with only the very best grapes, quantities were so small, a normal fermenting vat would not work. “My winemaker at the time came up with the idea – he said simply open up a barrique and ferment the grapes in them. Winemakers in California and South Africa were already doing these micro cuvées very successfully and I thought why not?” Graetz feels this is key to Colore’s style – exposing the must to lots of oxygen, integrating the oak with the tannins better, and with the smaller size leading to a different temperature range during fermentation.

While most of these changes were gradual, perhaps the biggest turning point for Colore came in 2008 with the discovery of the Lamole vineyard. Graetz’s focus has always been on sourcing grapes from Tuscany’s oldest vines and this vineyard – sitting at some of the highest altitudes in Chianti Classico – was to have a profound effect on the wine. The fruit from this special site rapidly started to dominate the blend. 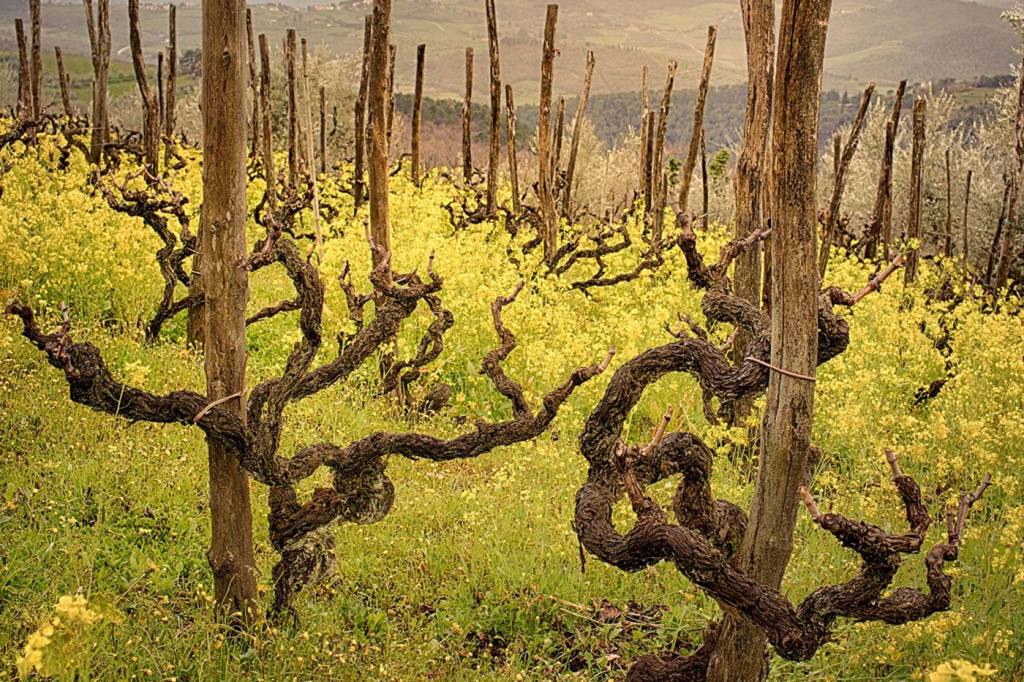 Prior to 2008, Colore sat alongside Bibi Graetz’s other prestige cuvée Testamatta – two wines of equal status exploring two different concepts, with Testamatta pure Sangiovese and Colore, a blend of the three red Tuscan grapes (Sangiovese, Colorino and Canaiolo). Graetz knew there was something special about the 2008 vintage, particularly with the introduction of the Lamole vineyard. Graetz decided to choose only the very best barrels for Colore, making production very limited and pitching it above Testamatta. The first vintage of the new Colore, 2008, sent the critics wild – and the price too.

For Graetz personally, the 2009 vintage marks another significant change, with a shift from power to elegance. The 2009 vintage was very difficult in Tuscany – making it difficult to get any concentration, something that Graetz was originally worried about. “But when I made the wine, the response was one of universal approval. It was lighter, more elegant and I saw the value in that.”

Tasting through vintages back to 2000, the 2008 remains the stand-out wine of the line-up and, whatever changes happened in the winery, you feel the 2009 difficult vintage conditions didn’t capture the magic and personality that the 2008 exudes. This is just one pair in the line-up that proves that vintage remains at the heart of a wine, no matter the changes in the wine cellar. The 2010 for example tells of its low yields, needing time to fully unfurl. Similarly, the more difficult 2011 and ’12 vintages show much more maturity than the ’10, ’08 or ’06.

The modern vintages become much more consistent – and, although still very youthful, you feel Graetz found his feet in terms of what he wants Colore to be. There is both elegance and natural power in these beautiful renditions of Sangiovese. The switch in style from the early vintages is remarkable. The 2005, 2004 and 2003 in particular are much more “international” in style. They are perfectly well-made monoliths, but don’t exude the personality of more recent vintages.

While today the 2008 remains the finest expression to date, you can’t help feel that many of the younger vintages could – with maturity – match it. As the vintages progress, Colore becomes ever more elegant, reflecting Graetz’s changing philosophy. Graetz’s evolution as a winemaker shines through in these wines, but the transparency that comes with that evolution – allowing the fruit to speak more clearly of a time and a place – that is the narrative. The resulting wines have as much personality as their maker. 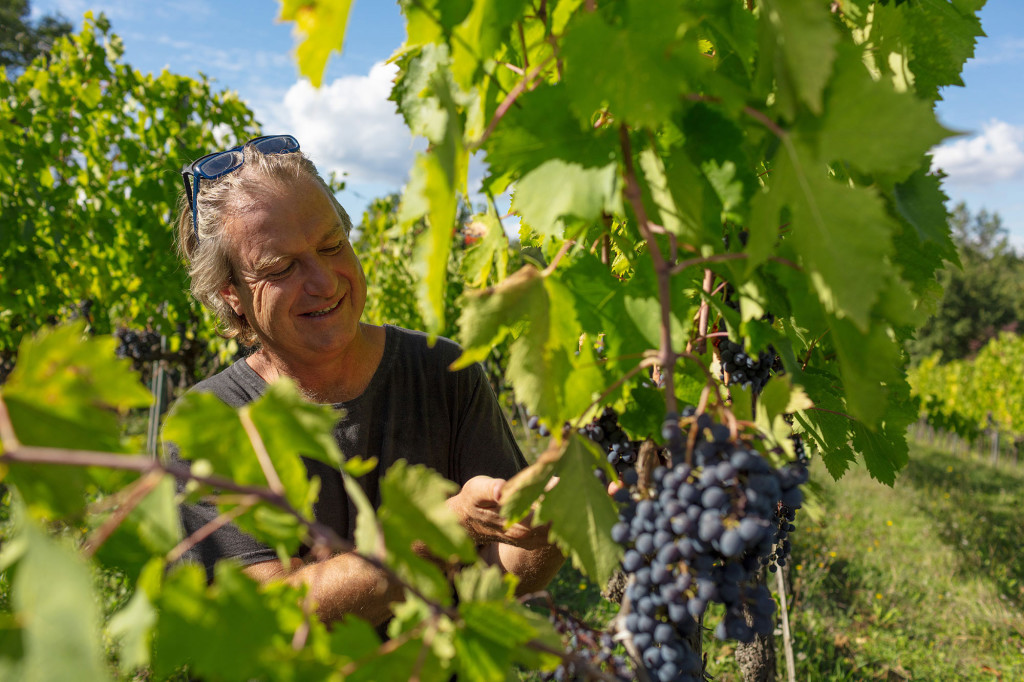 2018 Colore: The 2018 has a translucent ruby colour and a light floral perfume with pure, very compacted aromas of pot-pourri and red aniseed. Medium bodied, the tannins are fully ripe, resolved and beautifully silky for Sangiovese, bringing an effortless structure to the wine. Warming, ripe black cherry fruit fills the palate and sustains a long finish. Drink 2028-2045.

2016 Colore: With two years more in bottle, the 2016 is much more expressive than the 2018. Dried tobacco, rose talc, geranium, even a touch of cumin brings lovely floral complexity to the aromas. The tannins are that much more integrated and meld around a good core of fruit – with solid black cherry fruit flavours and dark chocolate notes. There is an overriding florality to the wine, adding further complexity to this beautifully balanced rendition. Drink 2026-2041.

2015 Colore: The 2015 is less expressive today than the 2016, which is somewhat surprising since you would expect the 2015 to be more open. There are darker elements to this wine, dominated for now by fragrant aniseed and dark chocolate aromas. The palate is silky soft with lovely, resolved tannins. It has compacted, concentrated fruit with an impressive density to the mid palate. Again, a solid core of fruit at its centre, melded with layered, detailed tannins. This will blossom but needs time. Drink 2025-2040.

2012 Colore: There is a huge difference contrasting 2012 and 2015, with three more years in bottle, heightened no doubt by the cooler vintage conditions. The wine in itself is in a lovely stage of evolution, with tertiary, savoury, maturing elements intertwined with more primary, floral and black plum fruit. The tannins are noticeably softer on the palate, less overtly present in dictating the wine’s character. This is both fresh and funky and with a touch of tertiary leather too. This is drinking beautifully now. Drink 2021-2028.

2011 Colore: Similar to the 2012 there are some noticeable maturing elements to the wine, providing a lovely complexity both to its aromas and palate. While the fruit character is less plush, the wine has a fantastic vibrancy and firmer acidity. Earthy, savoury tones and a touch of bloody iodine gives good typicity to the region, the variety and the vintage. Drink 2021-2030.

2010 Colore: The 2010 is incredibly youthful compared to the 2011 and 2012, showing how arguably vintage conditions play a significant role in the wine’s ageing ability. Yields were significantly down in 2010 and this shows in this dense rendition. The wine, similarly to 2015 is a little closed right now offering hints of iodine and earthy, black cherry fruit. Tasting the next day, the wine is much more open, the tannins are incredibly concentrated and there is amazing acidity too. The fruit on the palate is very pure. This is powerful and will no doubt mellow beautifully with age. Drink 2025-2035.

2009 Colore: Very developed on the nose, so much so that this bottle may not have been in perfect condition. The wine comes across a little oxidised with black liquorice aromas and light acetate notes. Fruit is ripe and slightly raisined, it seems almost later picked than other vintages and certainly more developed than older vintages.

2008 Colore: The wine of the line-up. This is an exceptional wine, firmly in its drinking window but with bracing acidity that offers plenty of life ahead. There are lovely tertiary notes, while also remaining fragrant and clean on the nose. The palate is very fresh with fine, silk-coated tannins providing a lovely breadth to the palate. This is so elegant and yet so rich; very Italian in style with dried floral lift, liquorice spice and bountiful black cherry fruit. Drink 2021-2030.

2007 Colore: The 2007 has a very complex nose with dry spice, aniseed, cured meats and a touch of blue cheese. This funkiness dissipates with air becoming more integrated and all the better for it. The palate remains very silky with maturing cherry fruit, pickling juices and figs. The acidity and tannins are totally melded to the fruit, providing an excellent textural quality to the wine, with a spicy chili finish. Drink 2021-2025.

2006 Colore: This wine shows very little sign of age, maturing at a snail’s pace. It retains a lovely Italian identity with vibrant acidity, cherry fruit and liquorice notes. There is almost no tertiary character to this wine, possibly another nod to the exceptional vintage conditions? The fruit is very concentrated, clean, and surprisingly youthful in character. I would love to explore this again with more maturity. Drink 2022-2030.

2005 Colore: Still quite youthful but lacks the perfumed fruit of younger vintages. Very ripe fruit with additional dry oak spices on the nose. The wine has a fine texture, layered tannins and more oak influence on the palate. Not so obviously Italian and more “international” in its style. Drink 2021-2026.

2004 Colore: Similar to the 2005, the wine has a lot of ripeness and intensity as well as spicy notes. More expressive than the 2005, there is a floral lift too. Tannins are a little less pleasing – slightly blocky in character and the fruit is quite ripe, bordering on raisined in character. The dried fruits developing possibly from age, although lacks the personality of some of the younger vintages. Drink 2021-2025.

2003 Colore: The 2003 was perhaps the most disappointing wine in the line-up and quite closed down. Graetz thought the wine was slightly oxidized. There was bitter chocolate on the nose, but the tannins were silky and beautifully melded and the acidity is well balanced. Despite this, the 2003 falls into a monolithic character similar to the 2004 and 2005, lacking a bit of personality. Drink 2021-2025.

2000 Colore: Certainly less monolithic than the ‘03, ‘04 and ‘05 and much more developed. This is fully mature, with pure tertiary characters on the nose – smoky, undergrowth and touch of funky Brett notes. This has lost much of its primary fruit and is on the decline. Drink now.

Find out more about Bibi Graetz and browse all listings 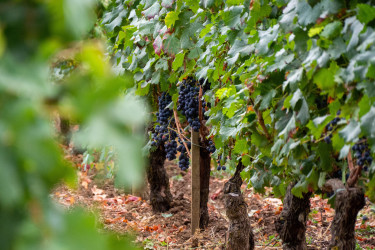