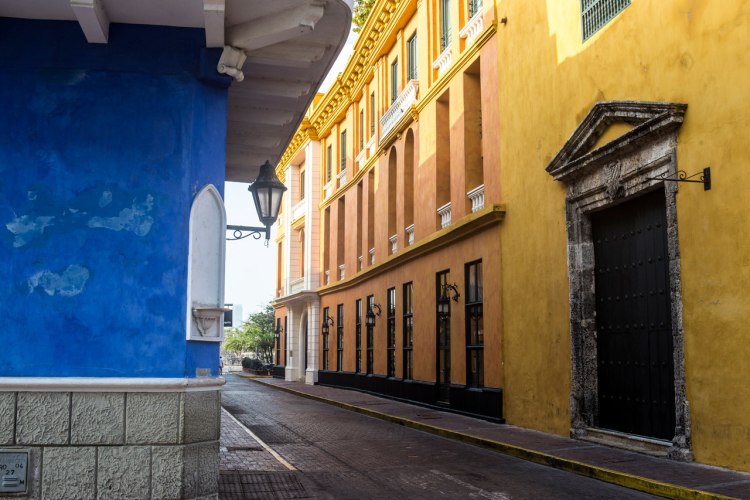 Rum isn’t regulated. Rum is either dark or white. It all comes from the Caribbean. It’s nowhere near as high quality as Scotch. These are just some of the misconceptions that hang around the category like a millstone. Holly Motion speaks to some of the loudest voices in the fight to be heard amongst all the mistruths

Of all the misconceptions about rum – and there are many – the belief that there aren’t any rules is arguably the most rife.

“There is not a lack of regulation in rum,” Mitch Wilson, Global Brand Ambassador for Black Tot, says. “Rum is an umbrella term for an entire category, it does not specify a particular locale like ‘Barbados Rum’, ‘Jamaican Rum', 'Guyanese Rum’ would. Just as there is no 'one rule' for all the different whiskies around the world, there is no one rule for all of the different rums either.”

Industry legend Richard Seale picks up the point. “Rules do vary from country to country in rum but that is no different to any spirit. What is different about rum is that it is rarely protected in export markets with a generic rule applying to all origins.

“For example, rhum Agricole is a protected term in the EU, but in the US, you can use the term agricole with impunity. Jamaica excise law has protected its rum from adulteration for as long as Scotch whisky [regulations have existed] but you can find Jamaican rum with added sugar for sale in the EU and there is nothing at the moment to stop it.”

Herein lies one of rum’s greatest problems and a source of the most heated debates: abuse.

“Many rum brands have got away with misleading age claims and egregiously adulterating their products,” Seale explains. “There is little impetus to regulate. I am quite sure if similar happened with whisky, the Scotch Whisky Association would be pressing authorities to act.”

Instead, it’s been something of a people’s movement and Seale says consumers are demanding more transparency.

“I think huge progress has been made at the level of enthusiasts and industry professionals,” he adds. “Of course, there are many duped consumers but they are typically at a level that they do not care, so we do not care.

“We have a mantra: ‘drink what you like, know what you are drinking’. Simply put, make an informed choice.”

Daniele Bondi, who works for Hampden Estate’s global distributor La Maison & Velier, agrees and says it’s only fair that people are made aware of the content in their glass. He adds: “You can keep adding whatever you like but tell me please. If there is a lot of sugar in what you buy, you should at least know about it like other food categories.”

There are countless examples of European entities buying rum in bulk and adding sugar before bottling. They are not lawfully required to declare this and can brandish the words “Jamaican rum” on the label. This, argues many, is deceitful and incredibly harmful.

“It’s important to limit this sort of practice and preserve the rum style and not create confusion,” Bondi adds. The Export Director says people will taste a sweetened Jamaican rum and not realise the liquid isn’t true to Jamaican style or that it has been adulterated.

The need to disclose these practices extends beyond the consumer’s welfare and is of vital importance to the preservation of rum heritage and production methods. While valiant efforts are being made, the vested interests of some, who wield great power, are thwarting progress. 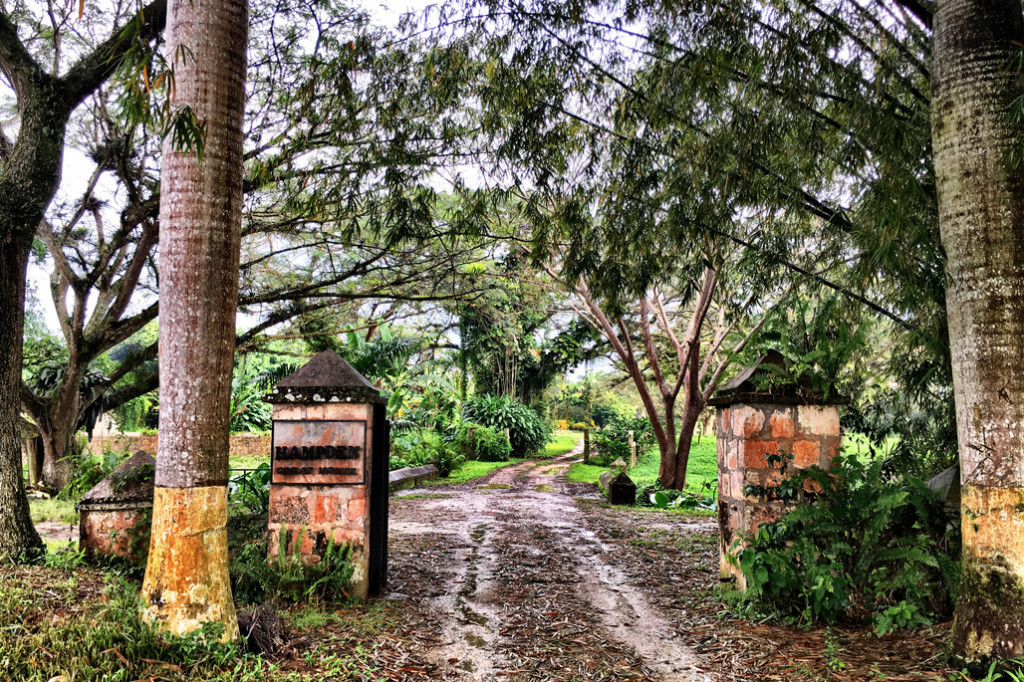 For this reason, the team at Foursquare has created #saveBarbadosRum and are working towards getting the EU to recognise a Geographical Indication (GI) for rum from Barbados and Jamaica.

“This would protect our rums from the adulteration that currently happens,” Seale says. “While the US does not recognise GIs, we could communicate to consumers which are the certified rums.”

Seale says this is not universally popular. “At the moment, a single foreign interest who bottles adulterated rums sourced from distilleries in which they have a financial interest is taking whatever action they can to effectively derail the process.”

The campaign hopes to raise awareness of this and what he calls the “long-term threat to the integrity of our rums”. He continues: “The hubris of some European companies towards rum is astounding. They continue to have an extraordinary sense of entitlement notwithstanding Barbados and Jamaica are sovereign countries.”

The ethos at Foursquare and many other distilleries, including Mount Gay in Barbados, is to produce unsweetened, unadulterated rum in the centuries old tradition.

Beyond the skulduggery that occurs, rum has struggled with another image issue and this is largely due to classification.

Wilson says an insistence on grouping all rums as the same thing, irrespective of who made them – and their local laws, know-how and traditions – perpetuates the myth and undoes a lot of hard work over the past five to 10 years. The only way for this to truly change is through better education.

“Without a doubt rum’s greatest struggle is to catch up our education with that of the whisky category,” he says. “On one hand you have hundreds if not thousands of whisky aficionados able to rattle off dozens of distilleries and their corresponding nuances throughout each Scottish region and the rest of the whisky world, with well-established whisky shows and dozens and dozens of books on the subject. Meanwhile, most people still think of rum as ‘white, gold, dark, or spiced’ and have very little understanding of the various regions of rum, raw materials or the differences that lay within.”

He says there are undoubtedly a brave few who bang the “rum drum”, but they are “vastly outnumbered”.

Another key difference, he says, is the way the rum world is set up compared to the whisky world. There are considerably more whisky distilleries than rum producers, and the majority are owned by behemoths with deep pockets to fund whisky education on various styles and regions. By contrast, many rum distilleries are independent or government controlled. In the instances where big multinationals do own rum distilleries, Wilson says, they typically only own one or two and understandably finance education on their offerings rather than the wider rum world.

For the most part, he says this different structure is a positive thing, resulting in a “fiercely independent style” from each region and act as a “great preventative against homogenisation in the industry”. But the cost is felt by others who have struggled to get their message to the masses.

“It’s like wine,” Dictador Creative Director Ken Grier explains. “Pinot Noir from the New World tends to be lighter but with a higher abv. Those from Old World producers are often darker and lower strength. It’s the same in rum; you really need to look beyond the headlines on the label. We have to explain the differences between rums from different regions and the distinction between brands.

“We need to educate about provenance (cultural influences, stories), production, maturation etc. They will all become key.”

One way to educate consumers, in Wilson’s view, is through conversations about blends.

“The very essence behind blending rum from different regions is because each distillery’s flavour profile can be so unique and so varied,” he says. “If we choose to tell the customer why we picked the rums we did, and why each region has its own unique flavour profile and is individually important, I think we can give people a great snapshot of the wider rum world, and at the very least give them a starting point as to where to look should they be interested in researching further.”

During the pandemic, Black Tot has – via the medium of technology – hosted tastings to do just this. “Rather than just let them taste our finished blend, we also deconstruct the blend into its individual components, allowing people to try rum from Barbados, Guyana, Jamaica individually, and understand what each one brings flavour wise to our blend. I believe this is the future of blends, to not just look at the finished product, but to really celebrate the provenance of where the rum is coming from.”

In a similar vein, Venezuela’s Diplomatico has championed alternative production methods with its Distillery Collection. “The concept behind the collection is to produce, in limited quantities, rums from a single distillation method that are subsequently aged for a certain number of years,” Maestro Ronero Nelson Hernandez says. “The objective is to offer the opportunity to connoisseurs and rum lovers to discover the very own character of each one of these rums, in a collection that reflects our distillery’s wealth.” 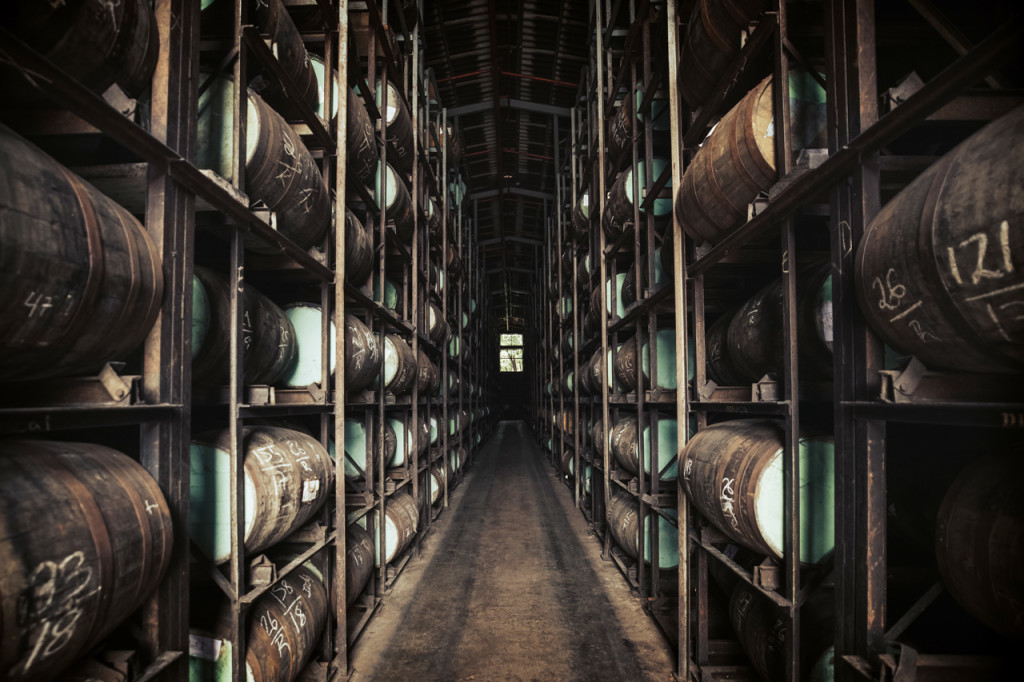 Education on provenance, production and maturation is key, according to Dictador's Creative Director

It might sound simple but tasting the liquid and reading the label can be the difference between cutting this misconception off at source or continuing down the sticky road. Bondi says it is sometimes easier for him to speak with single malt drinkers rather than “rum drinkers” who are used to a lighter and sweeter liquid. He often gets them to try the Hampden 8 Year Old – the most approachable rum – and asks what they think, and if they thought rum could taste like this. The reaction is instantaneous and incredibly satisfying for the Export Director when he gets to explain that this style is rum, in the authentic sense.

Historically, “global” rums have tended to be lighter and sweeter, and far removed from the authentic liquid that is recognisable to the rum purist. To satisfy the global market, sugar has been added to sweeten the taste and in many cases caramel to darken the colour.

“The first conversation is always – no, this is rum and all the other sweeter stuff, what you think is rum, maybe is not. At least from a historical point of view,” Bondi adds.

“If you speak with single malt experts, they are normally super happy because there is sort of a resistance among the single malt community because ‘rum is sweet’, so when you approach with something like this [Hampden] they say wow, this is something that I can easily recognise because it is dry, it’s full-bodied, it’s funky, it’s flavourful like all the single malts they like.”

Bondi finds adopting his boss, Luca Gargano’s – the man responsible for the classification of the same name – production-driven terminology helpful when introducing people to real rum. In the same way whisky drinkers understand Scotch whisky has regional styles – Speyside, Highlands, Islay etc – rum can be communicated in the same way. “Like a different category within a category,” he adds.

Hampden is famous for its funky, high ester style, that Bondi says appeals to the peated whisky fan.

“It’s more for the adventurers”, he says. “They love this crazy taste of Lagavulin and Laphroaig and maybe they will love to try rum with a different, funky taste.”

Undoubtedly, the conversations and appreciation for rum are maturing. The category is shedding its skin of these unhelpful labels that have besmirched its reputation and the right questions are now being asked. Thankfully, there’s a formidable cohort armed with the answers and willing to speak truth to power in order to protect something that is truly sacred. 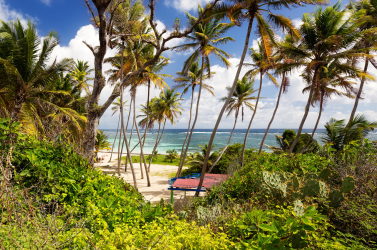 The evolution of rum