EditorialspiritsEverything you need to know about The Macallan

Everything you need to know about The Macallan 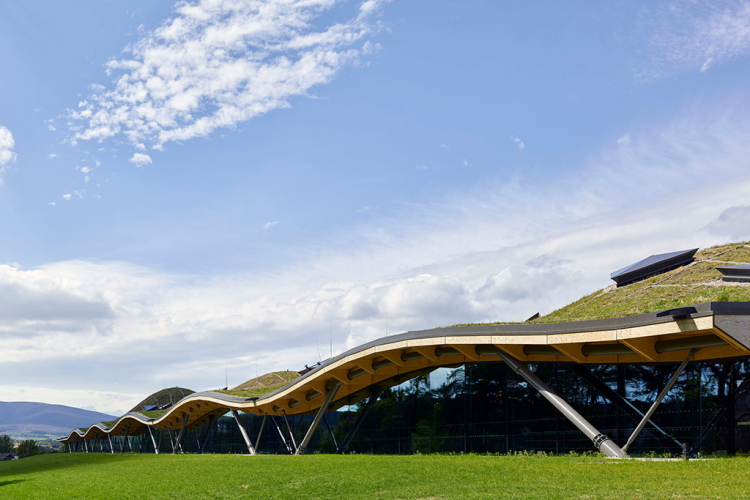 The Macallan’s reputation is unparalleled. It is the most coveted and collectable Scotch whisky and a luxury brand in its own right. We explore the distillery’s rise and the bottlings that continue to secure its place at the pinnacle of collectability

The Macallan has become the most collectable Scotch whisky in the world. It consistently surpasses its own records at auctions and is known the world over as a luxury brand – even by those who know have little-to-no interest in whisky.

The Macallan has come an awfully long way in its 200-year history. From its humble beginnings as two stills in a wooden outbuilding, the Speyside distillery has continually grown in size and prestige. Today, the Scottish whisky-maker calls a stunning £140 million state-of-the-art distillery home and continues to release remarkable long-aged whiskies from its vast stocks. This steady supply of exceptional single malts and rare bottlings, including its fabled #263 cask filled in 1926, has secured its reputation as a collectors’ must-have.

But just how has The Macallan become such a tour de force and what should you know if you’re looking to add a bottle to your whisky collection?

THE HISTORY OF THE MACALLAN

Based in Craigellachie in the Highlands, The Macallan distillery was founded in 1824 by farmer Alexander Reid and became one of the few licensed distilleries following the Excise Act of 1923. In 1868, James Stuart took over the distillery and rebuilt it. Stuart ran the site until 1892, when Roderick Kemp, a distilling giant who previously owned the Talisker distillery, took over and led the distillery to success.

Kemp’s ancestors managed The Macallan for over a century, greatly expanding the distillery – increasing the number of stills from six to 21 between 1965 and 1975. In 1986, Suntory bought out a quarter of the stocks, with Highland Distillers buying out the rest in 1994. The distillery changed hands again in 1999, when Edrington took control. The Macallan has been largely responsible for the company’s unprecedented growth.

Macallan’s reputation was built on the use of Sherry casks. Indeed, until 2004 it used exclusively Sherry casks, but then introduced the Fine Oak series, which was aged in ex-Bourbon and Sherry casks.

Today, The Macallan invests more per cask than any other distillery in sourcing, crafting, seasoning and caring for its casks – all under the watchful eye of Master of Wood, Stuart MacPherson. The entire process of creating a Macallan Sherry-seasoned oak cask takes approximately six years. Today, European and American oak are both used. Once felled at the optimum age (100 years for European and 70 years for American oak), the trees are left to air-dry for at least one year before they are cut into staves and transported to Jerez de la Frontera, Spain, where they are air-dried for a further 12 months, then coopered, toasted and Sherry-seasoned. All The Macallan whiskies are natural in colour – with nothing added and the only colour imparted by the long maturation in barrel. 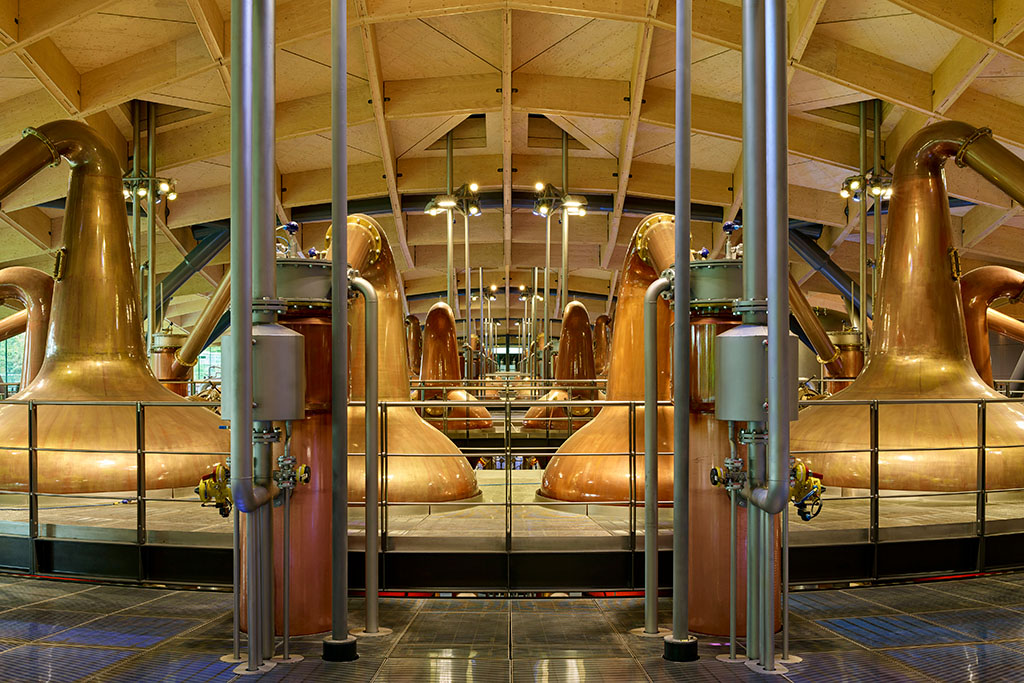 The new, perfect replicas of the curiously small Speyside stills in the £140 million distillery © Mark Power

The Macallan boasts some of the smallest stills in Speyside. At just shy of 13 feet in height, the small and squat shape of the stills enables maximum copper contact and little-to-no reflux, resulting in the characteristically rich, fruity and oily new-make Macallan spirit. The 24 stills are also run incredibly slowly – at a trickle – and Macallan only takes 16% of the final spirit from the stills to fill its casks.

When the new £140 million distillery was built in 2018, The Macallan commissioned the famous coppersmith company Forsyths to faithfully replicate the existing stills, down to the last dent. The 24 stills are designed to be exact replicas and the distillery maintains the new spirit will be unchanged.

Kirsteen Campbell became the first female Master Whisky Maker in The Macallan’s near 200-year history in 2019. Campbell is squarely responsible for maintaining The Macallan’s distillery character and deciding which whiskies to pull from the archives. She was instrumental in the record-breaking Red Collection – a six-whisky set of superlative single malts, including two of the oldest released by the distillery. Campbell and her team are always looking at future-proofing the distillery, and run various barley trials. Currently, The Macallan uses Concerto barley and its own exclusive strain called Momentum that is grown on the estate and in other parts of Scotland and the north of England.

Inspired by the great wineries across the globe, the Edrington team set out to build a distillery unlike any other in 2011. The project, led by Rogers Stirk Harbour + Partners – the architects responsible for Heathrow Terminal 5 and the Leadenhall Tower, or Cheesegrater, as it has become known – took seven years from idea to launch. It involved up to 400 people specialising in more than 20 different trades and cost £140 million.

The result is an architectural marvel and has increased The Macallan’s distilling capacity from 11 million to 15 million litres a year. Easter Elchies House, located on the 485-acre Speyside estate, is still the spiritual home of the brand. At present, the old Macallan distillery, complete with its original 21 stills, has been mothballed but rumours swirl that it might resume production in the not-too-distant future.

The Speyside single malt has featured in two James Bond films. It first appeared – very heavily – in the 2012 Skyfall when M and Bond are both seen drinking Macallan. There is also the memorable scene between Javier Bardem’s Silva and Daniel Craig’s Bond when The Macallan 50 Year Old (the 1962 Fine & Rare) gets an extended amount of airtime, balanced in a shot glass on Sévérine’s head. A bottle signed by Bardem and Craig was later sold at auction, raising £9,635 for charity. The Macallan 18 Year Old makes a more understated appearance in the 2015 Spectre, on a table in James Bond’s apartment. 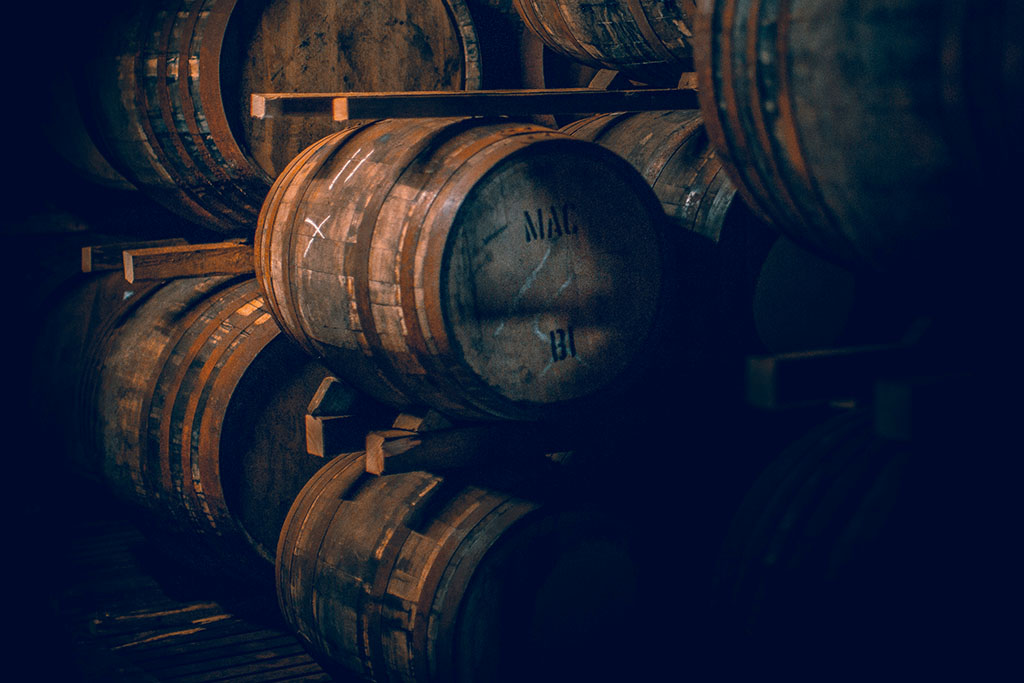 The famous Macallan Sherry-seasoned oak casks slumbering in the warehouse

The Macallan produces an extensive permanent range of whiskies, which include Sherry Oak (ranging from 12 to 40 years old), Triple Cask Matured (a trinity of whiskies aged 12, 15 and 18 years in European and American Sherry-seasoned casks), Rare Cask (single malts from the distillery’s library of Sherry-seasoned casks), the Masters Decanter Series (including M, M Black, Reflexion and No 6) and the Fine & Rare Collection.

Limited releases (Edition, Anecdotes of Ages, Tales of The Macallan)

The Macallan is arguably best-known for its limited releases. These are one-off bottlings, often collaborations with artists and experts in their fields, and whiskies that are inspired by various stages in the distillery’s 200-year-history.

Some of the most interesting limited releases include the 13-bottle Anecdotes of Ages collection. Each bottle of 1967 single malt features imagery of The Macallan Estate, created by British pop artist Sir Peter Blake and photographed by Mary McCartney. Only 322 bottles are available worldwide.

The Archival Series is also worth highlighting. First released in 2015, with Folio 1, the series includes 24 individual bottlings that commemorate the distillery’s iconic advertising campaigns from the 1970s to 1990s. Today, a single Folio bottle can fetch upwards of £1,500.

The Macallan has unveiled two highly anticipated limited releases over the past two years: the sixth and final Edition, and the first Tales of The Macallan. Prices for the complete Edition series (1-6), and individual Edition bottlings, have been steadily rising. The forecasted price for one of the 350 Lalique-designed Macallan Volume I decanters is £60,000.

The Macallan also releases more experimental limited releases, like the Harmony Collection and A Night on Earth. The first Harmony Collection, unveiled in 2021, was the Rich Cacao expression, combining two of life’s pleasures: Sherry-matured whisky and chocolate. The same year, the distillery released its first A Night on Earth whisky, honouring Scotland and its legendary Hogmanay festivities. The seasonal release features illustrations from Japanese-French artist Erica Dorn.

Without doubt, the most coveted bottles from The Macallan come from one hallowed cask: #263. The Sherry-seasoned cask, filled in 1926, slumbered for six decades until the precious liquid was filled into a mere 40 bottles in 1986.

Of these, 12 were filled into bottles designed by pop artist Peter Blake and 12 were bottled in labels designed by Italian artist Valerio Adami; two were auctioned in blank bottles – one of which was later hand-painted by Irish artist Michael Dillion; and 14 were sold as part of The Macallan’s Fine & Rare Collection.

Sporadically, and to great furore, these bottles have appeared at auction. One of the Blake bottles sold for £6,375 in 1991, an Adami fetched almost double that five years later, and another went under the hammer for $75,000 in the late 2000s. After this, things went quiet and speculation about the whereabouts of the bottles was rife – until a bottle of Blake and Adami sold for $1.2m in 2018. Unsurprisingly, this set in motion a veritable maelstrom of activity, and nine bottles have since changed hands.

The Macallan first launched the Fine & Rare Collection back in 2002, with a modest 37 different expressions. In the years that have followed, this collection has swelled to 57 different vintage bottlings from eight decades in the distillery’s history – making it the largest vintage-dated single malt collection in the world. The oldest bottling in the impressively vast Fine & Rare Collection is from the legendary 1926 vintage. 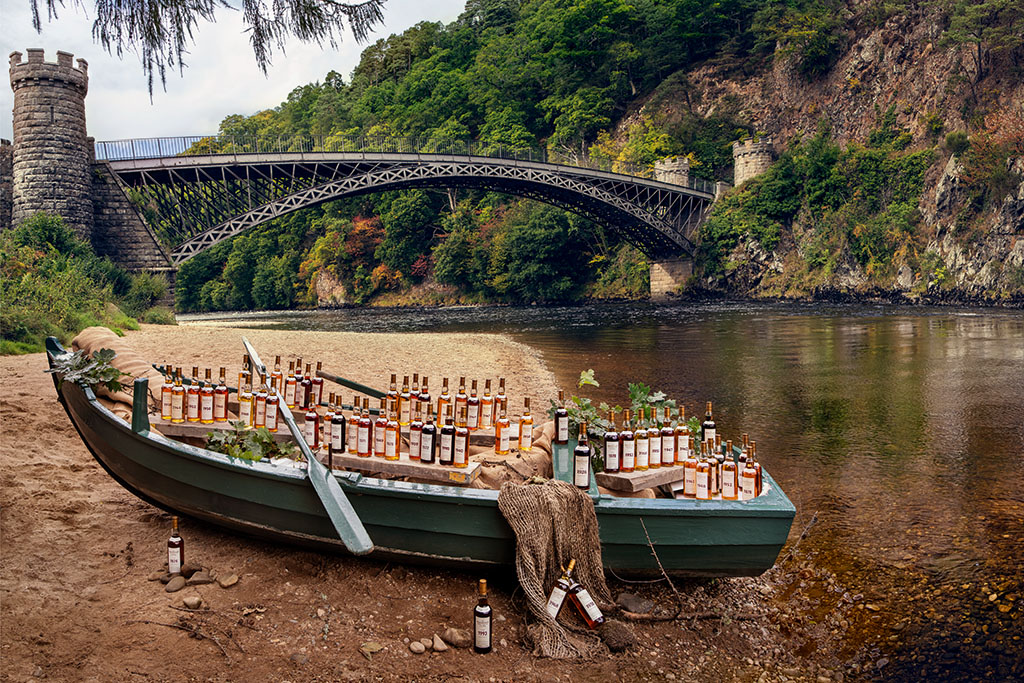 The Macallan Red Collection is widely seen as the pinnacle of the distillery’s portfolio. Three of the six single malts are the oldest whiskies ever released by The Macallan – or any Scotch whisky distillery, for that matter. The entire collection – named after a colour that has a long association with The Macallan – is aged in Sherry-seasoned casks. The three oldest ongoing expressions (40 Year Old, 50 Year Old and 60 Year Old) join the three guest releases, which are the oldest in the distillery’s history (71 Year Old, 74 Year Old and 78 Year Old). Occasionally a lone bottle or an incomplete set of The Macallan Red Collection becomes available, but to find all six bottles is truly rare and exciting. 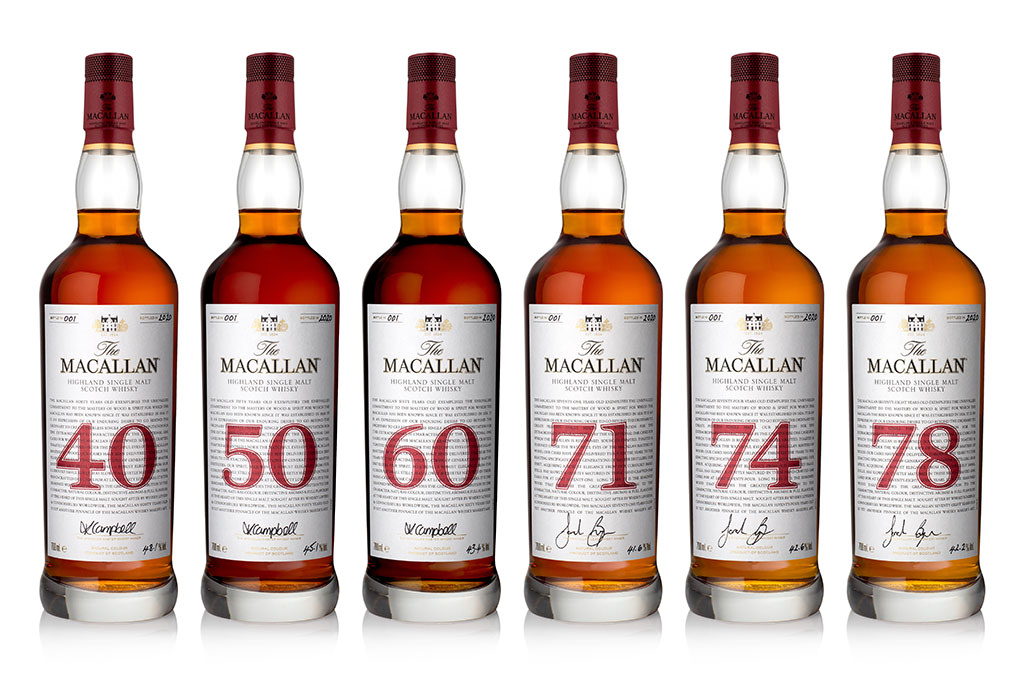 Collaboration with Lalique on the Six Pillars Collection

Over the course of one decade, The Macallan partnered with acclaimed French crystal maker Lalique on some truly memorable and collectable whiskies. 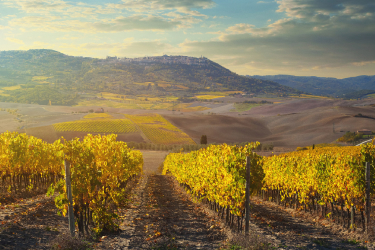