EditorialspiritsEverything you need to know about Karuizawa

Everything you need to know about Karuizawa 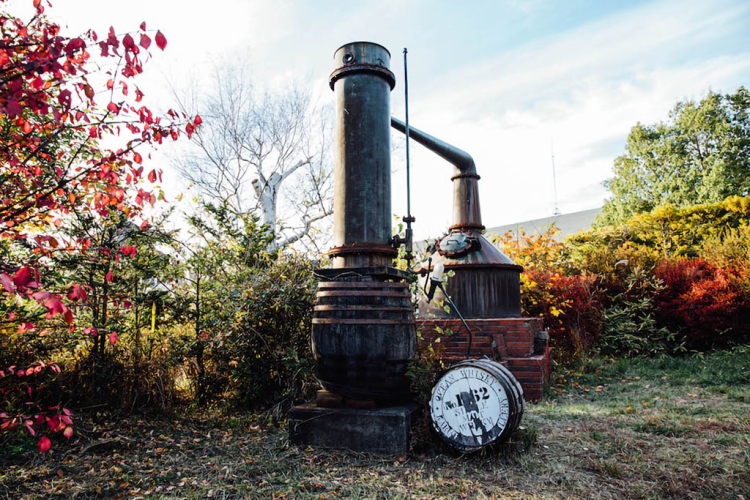 Karuizawa is a phenomenon. Bottlings from the lost Japanese distillery are some of the most collectable in the world – and they’re only becoming more scarce. We chart the small distillery’s mighty history and look at some of Karuizawa’s most highly sought-after whiskies

Few names generate as much excitement as Karuizawa in the whisky world. In recent years the lost Japanese distillery – which was only ever in operation for 46 years and was scarcely known outside of its domestic market during that time – has become an icon and collectors’ golden goose.

One of the reasons for Karuizawa’s astonishing collectability is its genuine scarcity. The Japanese distillery will never produce any more whisky. After lying dormant for well over a decade following its closure in 2001, anything that remained was demolished in 2016. This, coupled with the fact Karuizawa was one of Japan’s smallest distilleries, with a miniscule output, means there weren’t huge volumes of stock left when production ceased.

But just how did this niche Japanese whisky become so valuable? And which Karuizawa whiskies should be on any serious collectors’ wish list?

THE HISTORY OF KARUIZAWA

When the Karuizawa Distillery was built in Miyota in 1955, the owners set out to create a Japanese whisky in the Scottish tradition. In the mid-1950s, that meant Sherry-aged whiskies like The Macallan. As such, the distillery used small stills and Sherry butts that were modified to fit the wine racks that had previously been used on the site when it operated as a winery. Karuizawa also imported 100% Scottish barley (from 1994, exclusively Golden Promise – a richly flavoured spring barley variety).

Like Scottish distilleries, Karuizawa initially produced whisky for the sole purpose of blending. It wasn’t until 1976 that Karuizawa produced its first single malt.

The Karuizawa distillery was mothballed in 2001 when its owners Kirin Holdings – who had invested heavily in its wine enterprise – could no longer maintain whisky production. Karuizawa and its sister distillery, Kawaskai, closed for good 10 years later. In 2012, all the Karuizawa distillery equipment, including the stills, were sold, and anything that remained was demolished in 2016.

The distillery is named after the town, Karuizawa, which is just under two hours by train northwest of Tokyo. Until 2022, Karuizawa was the only town to have hosted both the summer and winter Olympic Games events (1964 and 1998 respectively).

WHAT IS SO UNIQUE ABOUT THE KARUIZAWA DISTILLERY LOCATION?

The location of the Karuizawa Distillery was unique for a number of reasons: firstly, it was on the side of an active volcano, Mount Asama – which meant the water source was incredibly pure. It was also the highest Japanese distillery, so the temperature remained constant at 10˚C and humidity averaged 80%. The misty surroundings encouraged water evaporation before alcohol, resulting in highly concentrated and high-alcohol older whiskies (30- to 40-year-old whiskies at approximately 60% alcohol).

The Karuizawa distillery’s extraordinary location, on the southern slopes of one of Japan’s most active (category A) volcanoes is credited with creating the unique characteristics of the single malt. The cold, snowy winters and summers with up to 80% humidity, created specific atmospheric conditions that were ideal for whisky maturation. The resulting liquid had the enviable ability to age gracefully for many decades, while retaining an abnormally high alcoholic strength and concentrated, complex flavour.

Karuizawa boasted a twin pair of small 4,000-litre stills and wooden washbacks. When the distillery closed in 2001, Shizuoka Distillery owners Gaia Flow bought both the stills and have only been able to successfully bring one back to life. 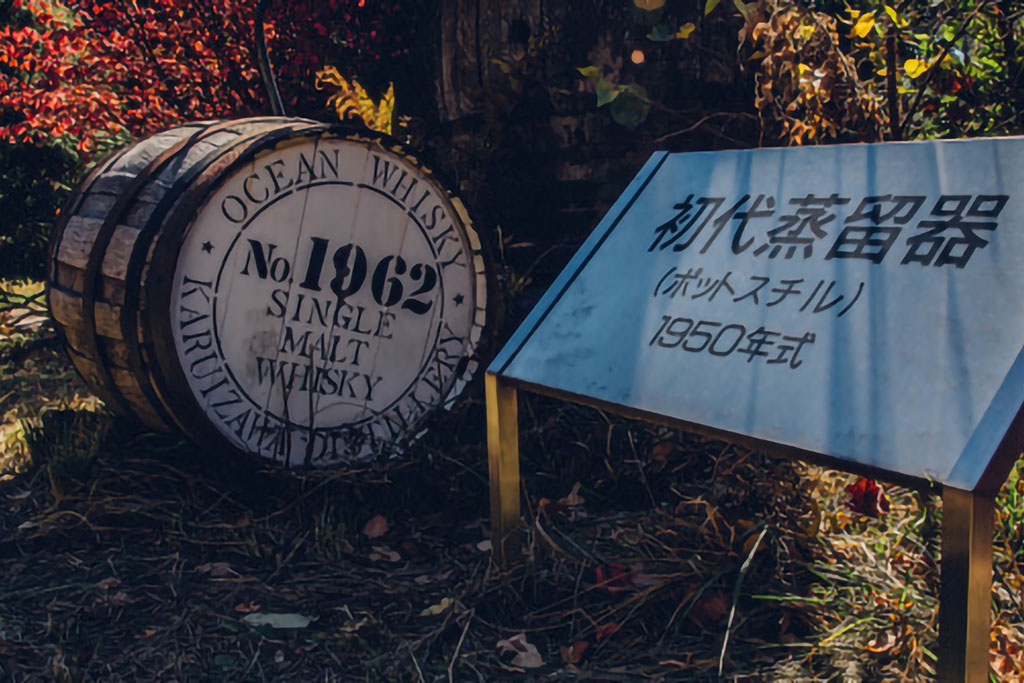 One of the precious barrels of Karuizawa. Photography: HECHO Creative Communications

It might be easy to forget given Karuizawa’s current notoriety but very few people had heard of the distillery when it closed its doors in 2001. The distillery’s cult-like status is largely thanks to Englishman and former Whisky Magazine Editor Marcin Miller’s foresight. Via his company, Number One Drinks, Miller and his business partner David Croll became the sole distributor of Karuizawa, Chichibu and Hanyu in the early 2000s after purchasing the last 364 barrels.

When Miller and Croll bought the remaining Karuizawa stock after protracted discussions, the world was only just starting to take notice of Japanese whisky. After a smattering of awards for the likes of Nikka in prestigious tasting competitions, all eyes were on Japan by 2015, when Jim Murray named Suntory’s Yamazaki Sherry Cask 2013 the world’s best.

Smack bang in the middle of this, in 2007, the first single-cask bottlings of Karuizawa started to be released in Europe, opening a floodgate of Karuizawa appreciation and secondary market prices that hadn’t previously been seen.

After tiring of seeing Karuizawa bottles flipped and sold for exorbitant amounts, Miller handed over Number One Drinks’ remaining stock to the influential Taiwanese whisky collector Eric Huang in 2011, making him the largest holder of Karuizawa casks in the world. Huang was reportedly in possession of 20 casks in 2018, with other holders owning five casks between them.

One of these owners, renowned collector Mahesh Patel, chose to bottle The Legend of Asama series from his two casks in 2021. Patel’s casks (#4059 and #6183) were both distilled in 1981 and matured at Karuizawa for 20 years before they were moved to Chichibu Distillery and bottled in 2017. Prices for one two-bottle set of The Legend of Asama were in excess of £100,000.

There is still some maturing Karuizawa stock that remains unbottled.

Karuizawa is one of the whisky world’s truly lost distilleries, with no hopes of resurrection. But, there has been chatter about a new distillery on or around the site for years.

In 2020, it was announced Karuizawa Distillers, spearheaded by Karuizawa locals Koji and Yoshie Shimaoka, would build Komoro Distillery near the original location. The distillery construction has begun and should be completed by December 2022, with spirit flowing in early 2023. When it comes to the liquid, former Kavalan Distiller and Blender Ian Chang will head up production. Chang wishes to employ a number of the late Dr Jim Swan’s techniques at Komoro, including STR – shaved, toasted and re-charred red wine casks. Mizunara casks are also rumoured to be high on the agenda.

There is also keen interest in Shizuoka Distillery, whose owners Gaia Flow salvaged the stills from the original Karuizawa site.

In March 2020, a bottle of 52-year-old Karuizawa became the world’s most expensive Japanese whisky sold at auction, fetching £363,000 at Sotheby’s in London. A private collector paid roughly twice the pre-sale estimate for one of only 41 bottles in existence of Karuizawa 52 Year Old Cask #5627 Zodiac Rat 1960. 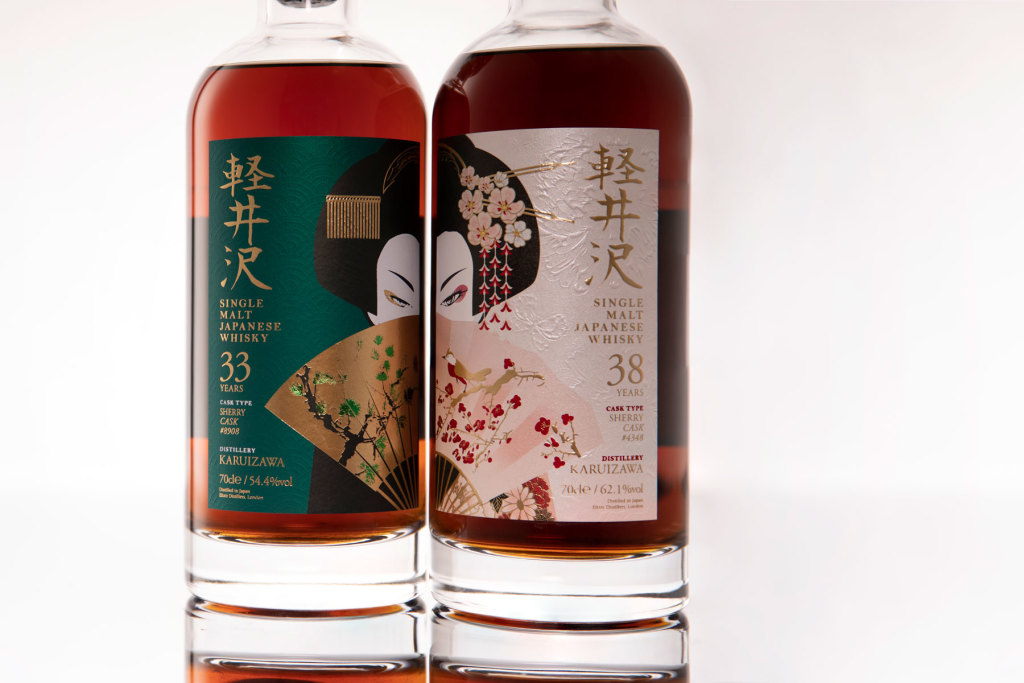 SOME OF THE MOST COLLECTABLE KARUIZAWA BOTTLINGS

Every Karuizawa whisky is collectable. While the 1980s is heralded as something of a golden age of whisky production at the lost distillery, due to the scarcity of liquid, anything put up for auction is likely to sell for a record-breaking sum.

The early releases from the Japanese distillery were very minimalist. When Karuizawa 42 Year Old (1967) Cask #6426 was first released, it was sold in a glass bottle complete with a white sticker label encased in a thin cardboard box. Initially released for £250, this bottling would later fetch in excess of £20,000 on the secondary market.

Today, the most high-profile releases of Karuizawa are collected and displayed like works of art. Bottlings have become more and more beautiful – and elusive. Most are now sold via a ballot. Some of the most notable Karuizawa collections include the Karuizawa Fight Club Collection, Ghost Series, Thousand Arrows and Samurai collection.

Geisha is one of the most recognisable and coveted series of Karuizawa whiskies. Each release of the two-set Geisha series has been met with unfettered excitement. To date, limited sets containing whiskies aged for 29, 30, 31 and 50 years bottled in the 1970s, ’80s and ’90s have been released.

The Geisha bottlings are iconic and collectable for the intricate nuances inside and outside the bottle. The first pair of Geishas (a Bourbon-matured 30-year-old and a Sherry-matured 31-year-old) were released in 2013. This is the only set to feature more than just the Geisha’s face on the bottle. One year later, a 29-year-old and 30-year-old set, named the Aika Geishas, was released. The Geisha’s mirror image graced these bottlings.

The Karuizawa Golden Geishas (31- and 33-year-old) were the next in the series, followed by The Emerald Geishas (33- and 35-year-old). In 2018, The Murasaki Geishas, AKA Imperial Purple, were released. Only 60 bottles of each expression were allocated by ballot for £6,000 each. Two years later, another two Karuizawa Geishas known as The Sapphire Geishas were unveiled: a single-cask 31-year-old and 36-year-old. The Pearl (37- and 38-year-old), Sapphire (31- and 36-year-old), and Ruby (34- and 38-year-old) complete the collection.

The NOH collection is one of the largest and most popular series of Karuizawa whiskies. Each one of the single cask expressions is incredibly highly sought-after. It is a rare occasion indeed when an entire collection becomes available. The Noh series, which was first introduced in 2008, is named after the traditional Japanese puppet theatre.

Our team is always sourcing the best-priced Karuizawa whiskies on the market. Browse all current Karuizawa listings, or contact us if you are looking for something in particular. 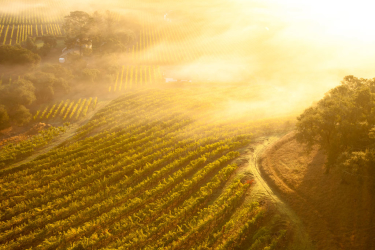 How to make wine for the ages