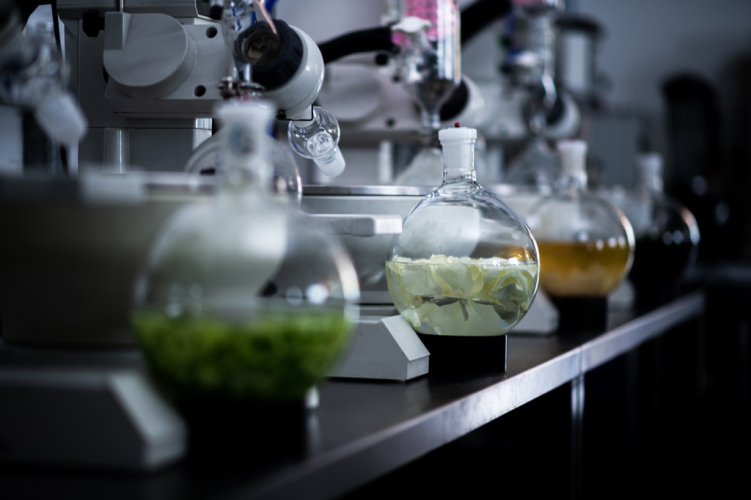 After countless headlines prophesying the end of the gin boom, the category's growth has finally slowed. Holly Motion talks to two innovators who, through reimagining the distillation process, have produced gins that should stand the test of time

The Gin Renaissance, which kickstarted in 1999, showed the world that gin could be more than something that’s mixed with an insipid tonic and served at room temperature with a slice of lemon that has seen better days. For the next decade, the juniper-dominant spirit was unstoppable. At its peak in 2018, new gins were launching faster than you can say botanical and there was seemingly room for all. Until, like most trends, there wasn’t.

Rather than the spectacular bubble burst many predicted, there has been a slowing down. There is still a thirst for gin – a whopping 83 million bottles were purchased in the UK alone in 2019 and the category is still in growth (24%), valued at £2.6 billion. But the tide is changing. Of the hundreds launched over the past decade, countless have fallen by the wayside. A handful – often those with a true point of difference – have become household names. This innovation has come in many forms and has largely focused on the addition of botanicals and distillates, neglecting the (copper-still-shaped) elephant in the room.

“Gin has had a problem that went almost unnoticed for about 250 years,” Cambridge Distillery ’s William Lowe MW animatedly tells me. With this declaration, the Master Distiller holds up a miniature replica of a copper pot still and says: “There are six key botanicals that will be in almost every gin you ever taste. And those are: juniper (obviously), coriander, liquorice, orris, citrus and angelica. And there’s a very simple reason for that: two and a half centuries has taught us that they operate really well in this.”

He continues, pot still model in hand: “In order for that pot still to work, you have to boil the ethanol at 78.3°C. Water boils at 100°C; so, for distillation to be working, you have to operate between those two parameters. In practice, most of the time you are boiling a liquid around 90°C plus or minus 5°C. The problem with that, is it is really hot.

“A distiller doesn’t have that choice. They have this...” [He holds up the still] “… which runs at around 90°C for an entire day.”

When Lowe started the Cambridge Distillery in his front room with his wife Lucy and Labrador Darcy, in 2012, people wrote him off as a kook. His approach of distilling fresh, seasonal botanicals according to their individual needs, rather than all together at extreme temperature, was unheard of. The vacuum still he fashioned is worlds away from the copper pot still in his hand when we speak. 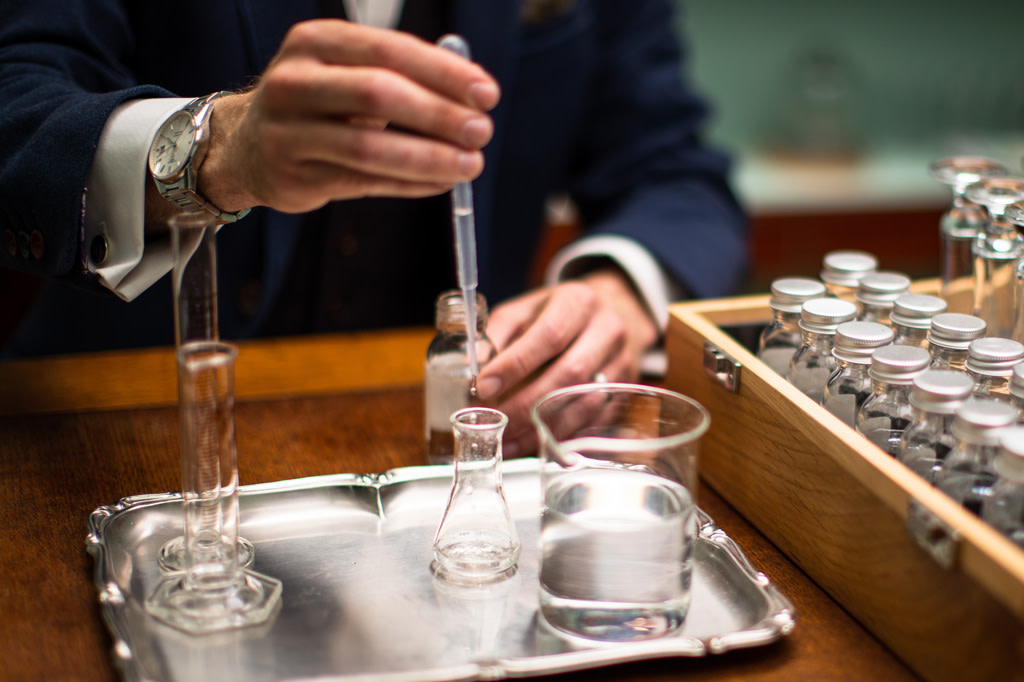 “I can bring the atmospheric pressure down in this unit,” he says with glee, “therefore bringing down the point at which water and ethanol and a combination of those two will boil […] I can literally boil liquids with no heat whatsoever, which starts to sound a bit mad scientist and actually it starts to look a lot more mad scientist. So, what we are able to do, is rather than putting everything into one pot at the same time, we will distil each individual item individually.”

In the decade that has followed, Lowe has silenced all his critics. His gins are some of the most highly acclaimed and his distillery is a three-time recipient of the World’s Most Innovative title at the World Beverage Awards.

“I’m not innovating here to be different,” he says, “I’ve got no interest in being different. We’re trying to just make things better. And if the optimal approach already existed I’d use it because it would save me a lot of time and energy. Instead, what we do, is we focus on things that have either never been done before or on approaches that have been overlooked by distillers.”

Over in Kenya, Procera is a small team adopting another radical approach to produce the first African juniper gin. Distilling legend Roger Jorgensen uses juniperus procera, the native African juniper, and distils it green – as opposed to dried – when it is bright, vegetal and alive. He also uses something other than a traditional copper pot still.

When he was introduced to the 230-litre Müller still, which he affectionately describes as the “Rolls Royce of stills” and his “baby”, Jorgensen says it changed the way he thought about distilling gin – which is quite the claim after a 27-year career in distillation.

The Müller still has got infinite controls on it. Instead of a column with bubble plates on it to achieve separation, it’s got 10 metres of 600mm-wide copper plate that spirit and vapour pass over. The column, Jorgensen says, does the work of umpteen plates on another still and gives a seamless separation, driving back dense and heavy flavours, only allowing the brightest ones to come through. Namely, the African juniper.

“The juniper that is used in most gins is harvested and collected at a certain time of year but the highest-quality juniper doesn’t go into distilling,” Procera founder Guy Brennan tells me. “Distilleries are not paying the highest money. The best juniper in the world goes into food and grain stuff. And then you go down a few ranks until you get to the juniper that gets used for distilling.”

Procera is the only company using the native African juniper, which Brennan says is “grade one” instead of the “grade three or four” in other gins. It is his hope that other distillers will follow suit and African juniper can become a cash crop like tea or coffee.

“At the moment, African juniper has a zero dollar value, but it could be worth £100m in 10 years,” he says. “If Beefeater make an African juniper gin then there is £10m of juniper and the money goes straight to the people on the ground.” 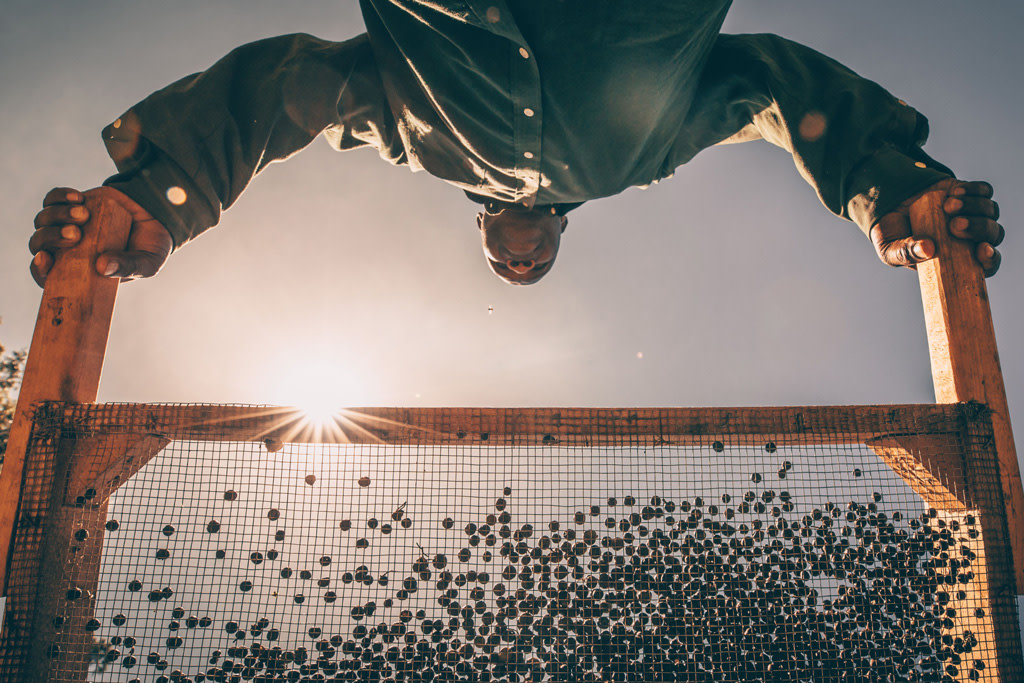 Drying the native juniperus procera in the African sun

The idea to create the world’s first African juniper gin came to Brennan when he was sitting around drinking Bombay with friends. After taking a closer look at the bottle they’d held many times, Brennan and friends were struck by the irony that many of the botanicals, which hail from Africa, are shipped to London for somebody to distil and sent back to Africa as a finished product. Brennan then found Jorgensen – who he playfully calls the “distilling Yoda” – and both discovered juniperus procera.

While botanicals are often the most talked about thing when it comes to gin – there’s almost a game of one-upmanship at times with who can use the most or the most extreme – few, if any, talk about the juniper, which legally has to be the prominent flavour.

“We don’t want to speak negatively about other companies,” Brennan continues, “but you just don’t hear much about the juniper and there’s a reason: it all comes in 50kg bags from a commodity broker, rather than anyone having a true connection to it. Juniper makes up 90% of a gin and it should be that terroir, rather than a chilli or a citrus botanical, which defines the gin.”

African juniper berries grow on a tree – rather than a bush – that is between 10-15 metres in height. The tree, which lives for hundreds of years, only grows at high altitudes (above 1,500 metres) around the equatorial zones. You can tell the juniper is in season, at the end of the short rains, when the baboons start eating it. It is earthier and nuttier than the more commonly used European juniper, juniperus communis.

In addition to distilling the native juniper green, Jorgensen adopts a pillowcase technique. The Master Distiller finely grinds the botanicals and puts them into a pillowcase and soaks them in warm alcohol overnight. This “grown-up teabag” extracts the primary terroir flavours, and ensures they aren't lost during the distilling process.

At Cambridge Distillery, Lowe is a staunch advocate for terroir – or as he terms it, typicity – in spirits. “The difference between the good and the great wines really is the notion of typicity and expressiveness and a sense of place and that’s universally true,” he explains. The Master Distiller points to Champagne, Burgundy and Bordeaux, and the rare whisky gems from Islay, Speyside, and more nuanced examples from Japan.

“And then gin,” he says with a mischievous smile. “Well here’s a problem: juniper, coriander, liquorice, orris, citrus and angelica – there is no one place where all six of those things grow. And yet, if you just go and grab a bottle from the supermarket it will be made from juniper, coriander, liquorice, orris, citrus and angelica. Why?” He holds up the miniature copper still model. 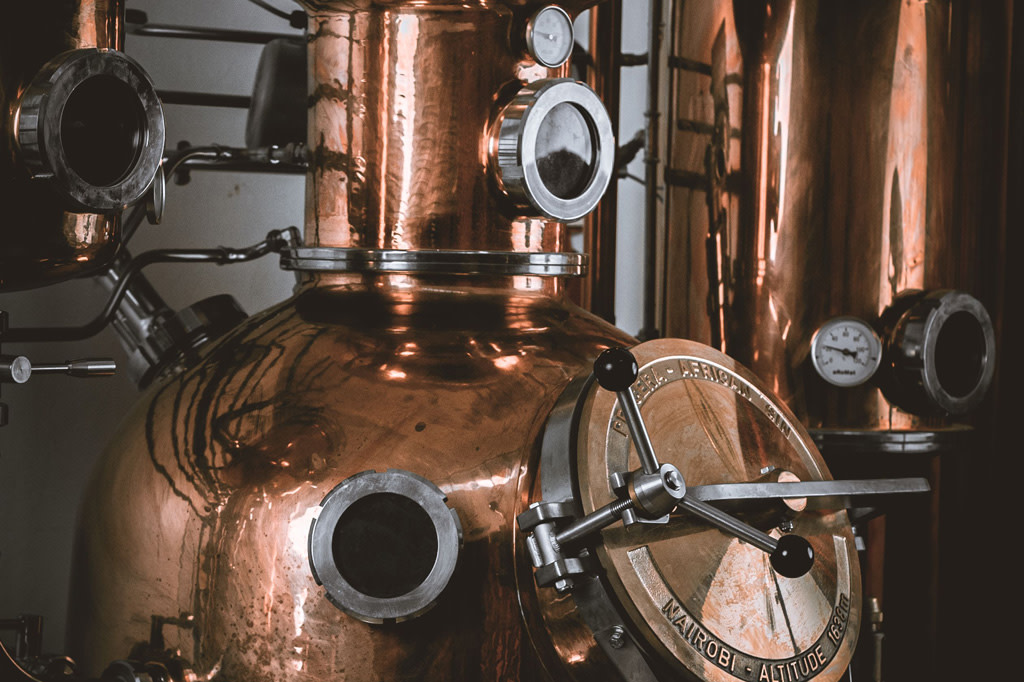 “So here we have a confirmation of our process and our philosophy. Our philosophy was simple: why can’t you make a gin that’s really from a place? And just because no-one had, it didn’t mean it couldn’t be done. It just meant no-one had done it yet.”

The team at Procera is equally determined. “I’m an irreverent person,” Brennan says with a laugh. “Roger’s an irreverent person, and the team, we’re irreverent. We don’t just say let’s do things the way everyone is doing it. Because why would we use European juniper? Why do we use dry juniper? Green juniper is fundamentally better. Fresh products make better gin.”

Brennan says he hopes others will adopt the same logic when they see the quality of the product and consumers’ willingness to pay more than the current glass ceiling of £40 per bottle. Something Lowe echoes: “This isn’t stuff that is being dreamt up around a boardroom. And we’ve never been in a position where we’re working down to a price point. We work up to a quality point and that’s it.

“It does have the side effect that a lot of our products are more expensive than the contemporary set of gins that are out there but I’ve never been of a mind to dictate to people what’s too expensive.

“I think that’s been what held these guys back for a really long time,” Lowe says with the pot still aloft. “If you ask everyone out there: are you making the best decision or are you making the most economically viable decision? They have got to be honest about it.

“Flavour is a fashion. Quality is an enduring feature. And there will always be those who graduate out of these fashion cycles and come and seek quality.

“I’m not in any way intimidated by what other people do around the gin industry. Either it will be part of the fashion trend, which is not our natural ecosystem, or they will join us on our mission to improve quality – and that’s got to be a good thing, hasn’t it?”

Browse our range of gins here 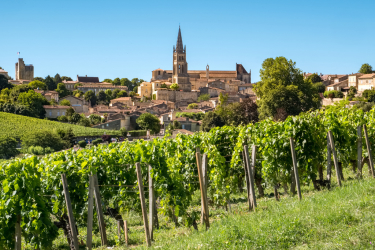