F+R’s George Koutsakis was one of just eight guests invited to visit Dalmore’s refurbished distillery to witness the launch of a one-of-a-kind 60 Year Old bottling to commemorate the distillery’s 180th anniversary.

Alongside Macallan, Dalmore is leading the luxury end of the Scotch whisky revival, with its top designated aged whiskies now reaching astronomical prices. We explore this historic distillery following its refurbishment and highlight F+R’s top picks from the range.

The refurbishments were born from a simple problem- the whisky distilleries back home in Scotland can’t keep up with guests’ expectations. Those who have visited some of the many whisky distilleries in Scotland know that the setup is usually very basic, and simple. Men and women from the area work in old sites, mossy warehouses, tight fermentation rooms, and sterile still rooms. Few sites have visitor centres and those that do keep the experience simple. A Scotch distillery is a piece of Scottish history and the luxurious and high-end image many brands now enjoy in markets across the globe doesn’t match the old, cosy distilleries back in Scotland. However, this is changing.

As the value of certain releases skyrocket on the secondary market and huge investors and collectors emerge in Asia and the U.S., these distilleries need to fit the role of a huge, luxury brand. Visitors to Scotland for whisky tours fluctuate each year and, put simply, if a Chinese buyer pays one million GBP for a single bottle of Macallan, the distillery needs to be up to par when said buyer decides to visit.  The new, state-of-the-art Macallan distillery came to be for a reason.

Now, the Dalmore has followed suit and upgraded their facilities. Unlike the Macallan, they have held on to some of the old structures and areas that make the Dalmore what it is; the character must remain. But, the team have renovated the visitors centre, added a kitchen and chef team, a private dining room and bar, all the areas to make guests feel truly welcome. The still room has been opened up for a more ‘majestic’ view of the massive stills and the maturation warehouses have been organized for guests to see some of the rarest Dalmore casks in existence upon entering.

Over a night at the distillery with Richard Paterson, we were taken through the distillery and the renovated areas. The tasting room features bottlings of the famed Dalmore 64 and 62. These were, most likely, replicas but the Dalmore team (with a smile) nor confirmed nor denied this. Bottles of sherry, port, and bourbon from the producers the brand receives their casks from, were present as were educational materials to study up on the distillery and whisky in general. The secret dining room is perfect for small and mid-sized groups, and the chef does an amazing job of using Scotland’s finest ingredients for a fun and colourful menu.

Dalmore bottlings and casks have been rising steadily, especially in China, Taiwan, and the rest of Asia. Just recently, the brand launched the new Dalmore 51-Year-Old. And with Richard Paterson set to retire this year, many other commemorative bottlings are expected to follow. Let’s look at the one-of-a-kind Dalmore 60-Year-Old. According to Paterson, ‘the spirit was distilled on June 7th, 1951, and the two ex-sherry casks used to create this expression are the last of the Mackenzie era, the family that ran the distillery for over three generations.’ The project was led by Paterson, who carefully married the two casks to create the new 60 year-old. The new release is close in age to the series of Dalmore 62 Year-Old bottles, each one commemorating a milestone in the Dalmore's history, from the start of the distillery in 1839. Most recently, the brand collaborated with famed Italian chef, Massimo Botura, to create the one-of-a-kind 49 Year-Old Dalmore L'Anima, which sold at auction for £108,900. Since the launch, the new Dalmore 60-Year-Old has been sent on a journey around the world, to launch in China, the US, Taiwan, and other markets. Once it returns to the UK it will be sold to the highest bidder, but we do not yet know which auction or retailer will be used.

As whisky becomes more of a luxury product many distilleries have begun to upgrade their facilities. However, we’re hoping that the traditions, timeless structures, and old practices remain as those are what make Scotch whisky such a loved spirits category steeped in rich history. The Dalmore has managed to maintain both, so if you haven’t yet, now’s a great time to visit! 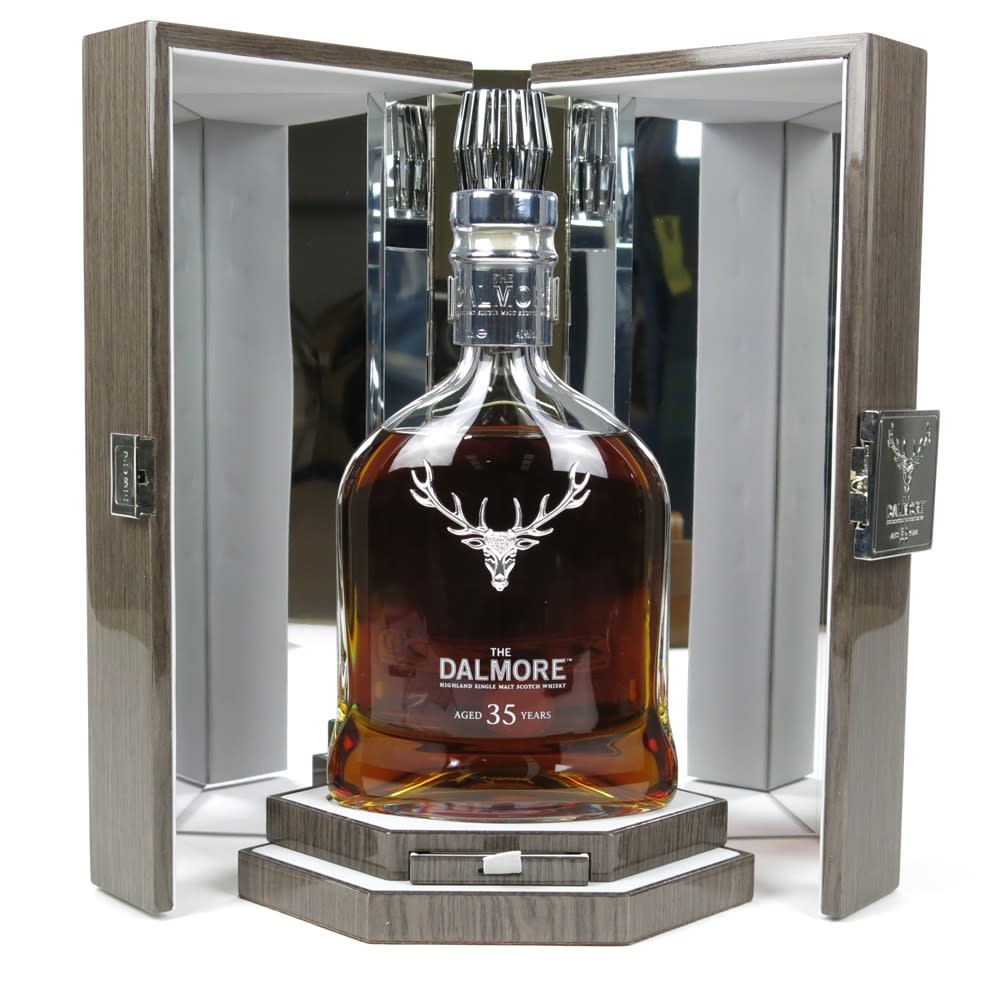 Released in 2016, the Dalmore 35 Year-Old will see 1,000 bottles released a year until 2021. With this in mind, it’s a great time to stock up as a possible discontinuation may be on the horizon. The whisky within has been aged in a combination of casks- a Matusalem sherry, a bourbon barrel and a colheita-port pipe. This brings forth an amazing balance in the whisky, with depth that only over three decades spent in oak could bring. To remain on par with the liquid, a hand-blown crystal decanter crafted by French crystal house Baccarat was produced for the release.

Notes: The nose is delightfully bursting with juicy fruit, mangoes, banana, pineapple, some passionfruit. Vibrant for a whisky of this age. The tropical fruit continue on to the palate now joined by some spice, gingerbread and some roasted coffee with honey. The finish is long and smooth. 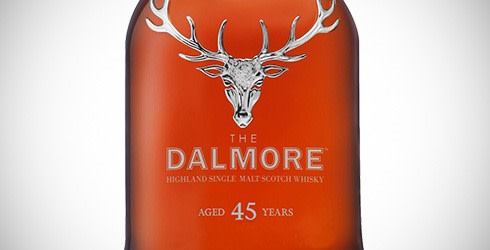 As if the 35-year-old wasn’t old and rare enough, the Dalmore brought us a 45-year-old expression in 2018. Unlike the 35, only 500 bottles of the Dalmore 45 Year-Old were released worldwide. The liquid matured in ex-Bourbon casks and was then moved into two different Graham’s Port Colheita pipes from the 1961 and 1963. The liquid was finally married together in first-fill ex-Bourbon casks. Again encased in Barracat crystal decanters, this is one of the most sought-after Dalmores in the world.

Notes: Incredible complexity here, with soft berries leading to rich honey on the nose. The palate delivers dark chocolate and Manuka honey, followed by toffee-covered apples and roasted chestnuts. A complex yet balanced expression, with a liveliness one wouldn’t expect from a whisky aged for almost half a century. 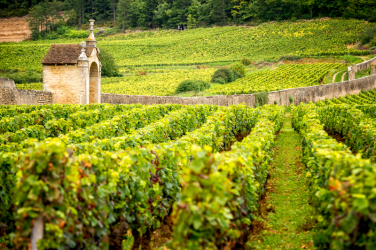