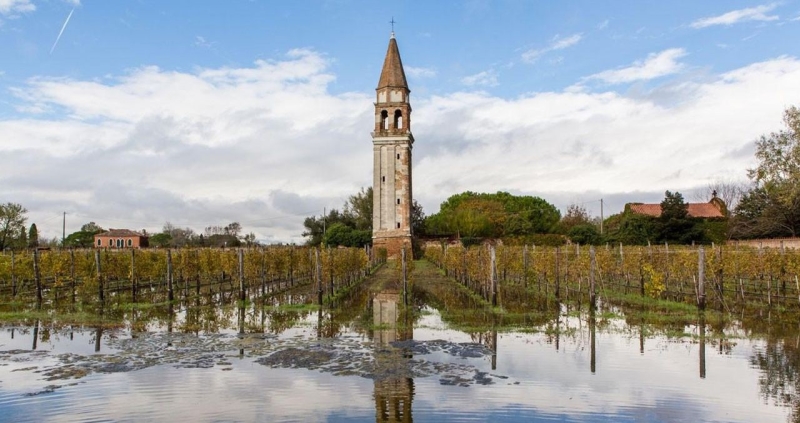 Venusa artisanal beer is the latest release from the talented craftsmen at Venissa who, thanks to a combination of biological expertise and historical investigation, have created a beer that uniquely represents the flora and fauna of the Venetian islands, as well as rekindling the lost agricultural traditions that made Venice the thriving mercantile centre of Europe during the Renaissance.

Venusa is a premium wheat beer that has been fermented with the Inula herb, a herb uniquely grown on the islands of the Venetian lagoon. The beer is double fermented first with the sundried Inula herb giving the beer a subtle salinity and mineral quality and then second fermented in the bottle. It is fermented at high temperatures compared to most commercial beers which are fermented at cooler temperatures for quicker fermentation. The warmer fermentation slows down the process creating higher complexity of flavours as the yeasts interact with the beer during the long fermentation. It is bottled unpasteurised and unfiltered producing a beer of outstanding quality. This is true artisanal beer, with just 2,500 bottles produced per batch.

The mineral salinity to this white beer gives a refreshing lightness and elegance and is contrary to Venissa’s previous Amber beer release, which is richer and more bitter, flavoured by the Santanico herb, also grown on the island. The minerality and mouth-watering salinity makes it the perfect aperitif or accompaniment to shell fish dishes typically served in Venice. We have also been told by Venissa's Resident Chef, Chiara Pavan, who was awarded Best Female Italian Chef in the Guide de L’Espresso 2019, that Venusa is a great accompaniment to fish and chips!

The Venissa project is an amazing heritage project that is revitalising the lost artisan agricultural products that were historically grown throughout the Venetian islands prior to the great flood of 1966. As well as the Venissa wines made from the unique Dorona grape, grown on the island of Burano, they have also revived many other artisanal agricultural products such as the Inula herb used to make the Venusa wheat beer. The Inula herb was historically used in medicines and foods before its commercial use became lost following the great flood. Alongside the wine and beer, Venissa produce their own honey, olive oil, fruit and vegetables (all in tiny quantities) most of which are used at their incredible award-winning restaurant on the island.

The biological breakthrough came about thanks to Davide Tagliapietra and Gianluca Feruglio (biological experts who works for the Institute of cellular biology) who discovered the traces of Inula herb in the soils on the island and in their small laboratory in Brussa (Venice) cultivated the herbs, bringing them back to life and successfully replanting them on the island.

The Venusa beer is another heritage project that has rekindled the lost history of Venetian artisans, the result is a beer of remarkable quality. F+R got our first chance to taste the beer this week and we loved its fine texture, lovely pure citrus fruit and the fact that it is refreshing and light too. It's incredibly drinkable!

“Delicate hint of fruit and spices (delicate saltiness of Inula herbs). Wheat beer, high fermentation, not pasteurised, double fermentation (in the bottle). Nice colour tending to light gold, it comes with nice white foam. Fresh and simple, with some delicate aromatic hints that reminds of the scents of Native Venice.” Alc.4.6 %

Look out for our upcoming Venusa offer early next week... 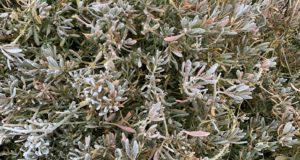 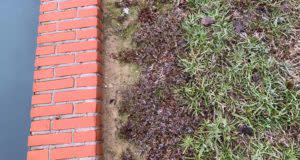