The Wines of Lebanon: A Phoenician Phenomenon 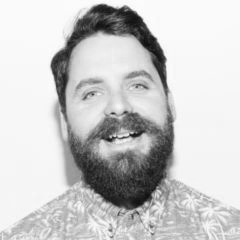 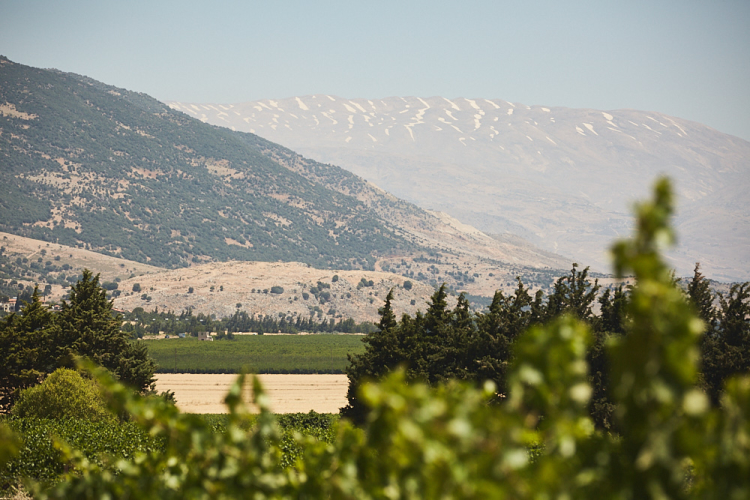 Most of Chateau Musar’s wine is grown in Lebanon’s Beka'a Valley, a fertile plain about 30km east of Beirut, situated between Mount Lebanon on the west and the Anti Lebanon mountains to the east. Despite being more southerly than the great wine regions of Europe, the Beka'a’s elevated altitude of on average around 1000m above sea level – means that it’s a full 10ºC cooler than Lebanon’s Mediterranean coastline. The climate is positively European with wet, often snowy winters and warm, dry summers. It’s very well suited to winemaking, a local craft that dates back millennia.

Lebanon itself is geographically situated in the cradle of civilisation. It was here, even before the Greeks and Romans emerged as dominant cultures in the Mediterranean, that the Canaanites (later known as Phoenicians), peace-loving traders from the Levant, established some of the earliest known well-organised cities: the trading ports of Byblos, Sidon and Tyre. Phoenician culture was at its peak between 1500 and 300BC – a period that saw them explore and dominate the Mediterranean, developing trade routes, setting up outposts and cities as far afield as North Africa (Carthage, now Tunis, Tunisia) and the Iberian peninsula (Gadir, now Cádiz, Spain).

The word ‘Phoenician’ directly connects the people of the Levant with both an impressive entrepreneurial spirit and an awe-inspiring work ethic. More precisely, it is an exonym originating from ancient Greek that describes Tyrian purple. This highly prized dye was a major export of the Canaanite port towns, in particular Tyre, hence the name. The labour-intensive production of the colour involved collecting the mucous secretions of thousands of sea snails. 12,000 snails yield a paltry 1.5 grams of dye – which is why it was so highly prized and the clothes it coloured were reserved for royalty. Tyrian purple was not the only ingenious product that the Phoenicians exported. 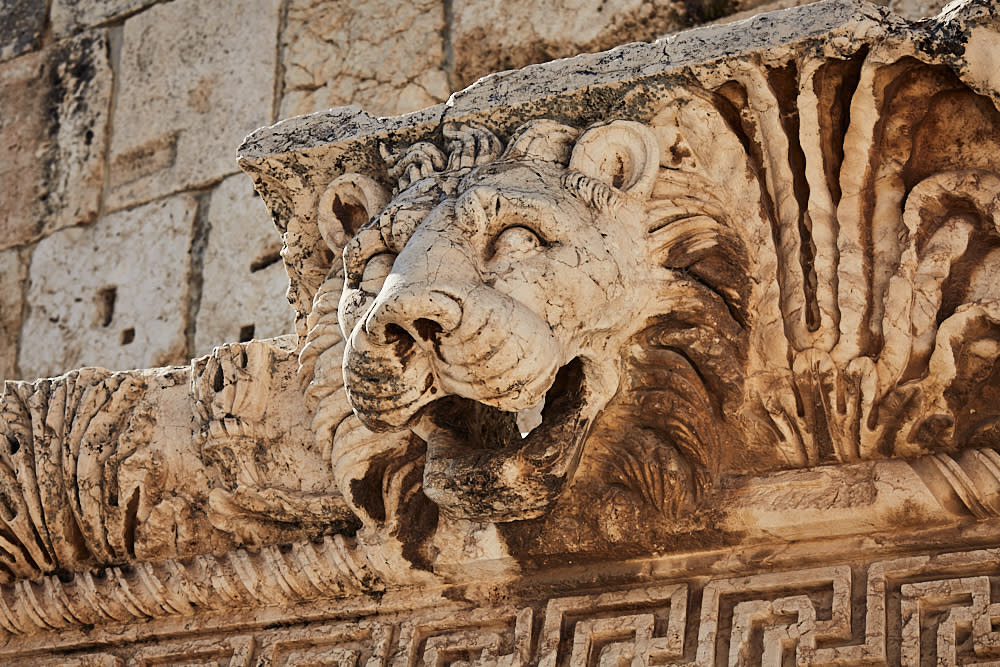 Their legacy also includes the invention of glass-blowing techniques, and the development of the very first abstract (non-figurative) writing system (from which the Greek alphabet was derived) is credited to the Phoenicians and their Canaanite ancestors. It was almost certainly developed primarily to keep records of sales and ultimately function as an essential accounting tool. We also have the Phoenicians to thank for the word ‘Europe’ – which comes from their word ‘Erob’ meaning ‘where the sun sets’.

While it is thought that the world’s first ever wine was made over 8,000 years ago in the Caucasus Mountains between the Black and Caspian Seas to the north east of the Levant, it was the Phoenicians that produced, exported and made famous the ‘fragrant wines of Lebanon’ mentioned in the Bible’s old testament (Hosea 14:7). And with their grip on Mediterranean trade, they marketed it and exported it along with, crucially, the knowledge of how to make it. The agricultural treatises of Carthaginian writer Mago, (thought to be writing around 350 BC) were among the most important early texts in the history of wine to record ancient knowledge of winemaking and viticulture.

It’s important to remember the function of wine in society in Phoenician times. It wasn’t just a drink. It was, rather like the Tyrian purple dye, complicated and labour intensive to make, exceptionally highly prized and valuable and not just because of how it tasted – but because of its effect and function. Biomolecular Archaeologist Professor Pat McGovern at the University of Pennsylvania Museum is a specialist in fermented beverages and his research reveals more about wine in Phoenician life. “The wines of ancient Lebanon and Syria,” he says, “were much more than a technological marvel. They were the social lubricants to break down barriers, stimulate music and the arts and bring people together. They were the supreme religious symbol for prosperity and well-being, in life as well as death. And they were the medicines for dissolving and dispensing botanicals, to rest the weary, relieve pain and cure disease.”

Taking their wine to the Pharoahs of Egypt and further west to Portugal to trade it for local silver and tin, Phoenician winemaking equipment has been discovered in Valepeñas in Spain. As Phoenicians established Cádiz (Spain) as early as 1100BC, it is most likely that Phoenician wines – not Roman wines – were the forerunners to sherry. 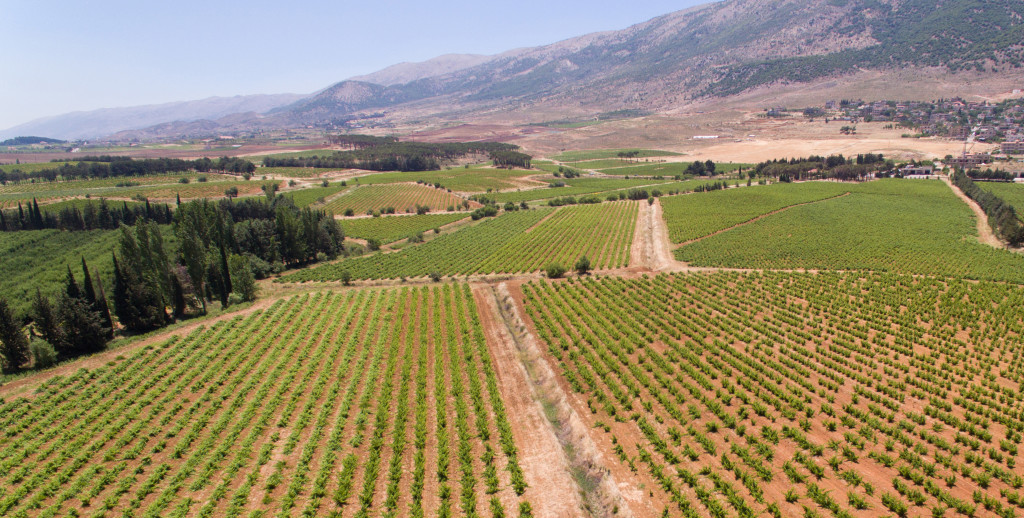 Perhaps the most enduring legacy of these seafaring traders was, in fact, the propagation of ancestral grapevines from the Levant that ampelographers believe gave rise to several modern grape varieties in Europe. According to research published by the University of California-Davis on the Integrated Viticulture Online Database, the French wine grape Mourvèrde may have first been introduced to the wine region of Catalonia around 500BC.

By 64BC, Seleucid Syria and Lebanon had been annexed to the Roman empire by emperor Pompey. Peace and propsperity followed as the people of Byblos, Tyre and Sidon were granted Roman citizenship. Trade boomed and new wealth generated from exports of cedar, pottery, jewellery, perfume, purple dye and wine to Rome, enabled an era of widespread construction and urban development.

One of the building projects the Romans invested in at this time was the enhancement of the already millennia-old temple complex at Baalbek in the Beka'a Valley. At a site which the Greeks and the Romans referred to as Heliopolis 'the City of the Sun' (where Phoenician god Ba’al had once been worshipped), the Romans rebuilt and reconsecrated the temples to their gods Jupiter, Venus and Bacchus, gods of wine, fertility, ritual madness, festivity, dance and theatre. The 700 acre site remains, to this day, the largest and best preserved Roman temple complex anywhere in the Empire. How the ancients moved the 800-ton quarried stone blocks that form the base of the temples still baffles the world’s brightest engineers. 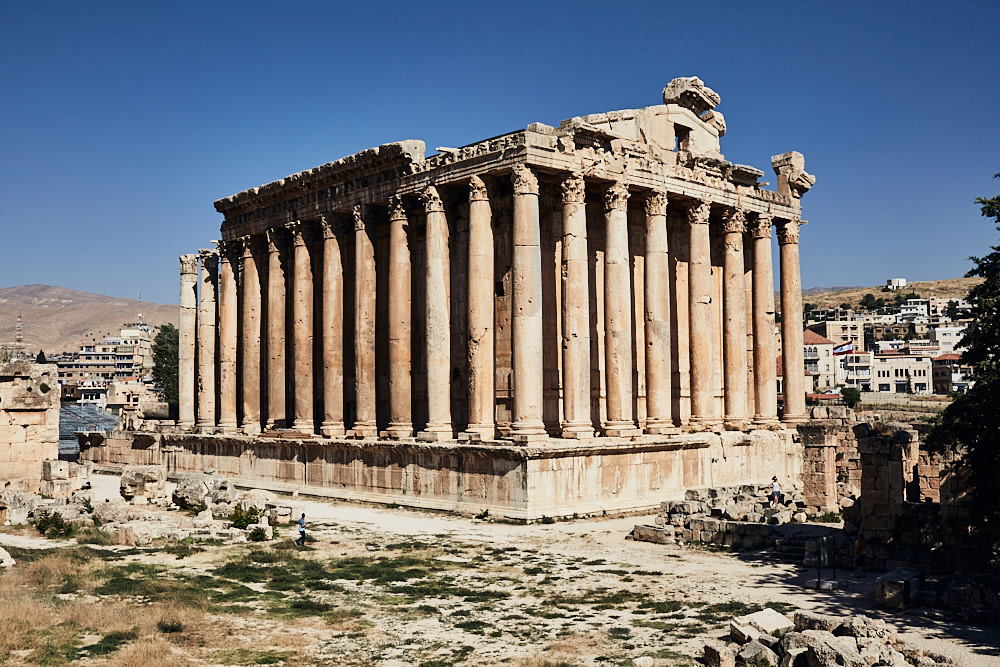 The temple to Bacchus at Baalbek is a monument to the importance of wine in the region, and the site became a symbol of Lebanon itself in the 1960s, thanks to the cultural impact of the Baalbek International Festival. Established in the mid 1950s, the festival brought celebration, theatre, music and dance back to the site through performances by international music stars and, crucially, nurtured and celebrated home-grown talent, perhaps most famously Fairouz and the Rahbani Brothers who became huge stars in Lebanon and right across the Arab world.

Lebanon’s potent winemaking heritage is not lost on the makers of Chateau Musar. Far from it. As well as its vineyards in the Beka'a, the winery also grows vines near Byblos and the Hochar family’s charismatic winemaker, Tarek Sakr, is as passionate about the history of the land as he is about the grapes he grows there. “Byblos has been known since Phoenician times as an exporter of cedar wood and wine,” he enthuses. “Vines were cultivated in the hills surrounding Byblos, fermented in stone vats dug into the landscape. Then, the wine was put in Canaanite jars (these were the predecessor of the Greek amphora – yes, Phoenicians invented these too), sealed with resin to stop oxidation, and taken to the harbour for export.”

Tarek also tells of a recently discovered archaeological site in the village of Edde a few kilometres from Byblos. “The site suggests that most of the hills near the city have been growing vines for thousands of years. This makes sense as the place where our nearby vineyards are located, on a hill overlooking Byblos, is called Vines Passage. You can smell the history of winemaking here. This is undoubtedly the birthplace of viticulture.”

While he has spent many years planting and tending to its vines as an integral part of the Musar winemaking process, Tarek’s knowledge of and connection to the land and its ancient traditions run even deeper than his many years of experience. The result of a DNA test found that he is genuinely of Phoenician descent. It would seem that when it comes to Lebanon’s unrivalled contribution to the world of wine, we still have much to thank the Phoenicians for. 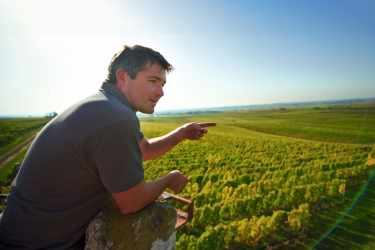 Keller: the devil’s in the detail