EditorialpeopleSteven Spurrier: a life in wine

Steven Spurrier: a life in wine 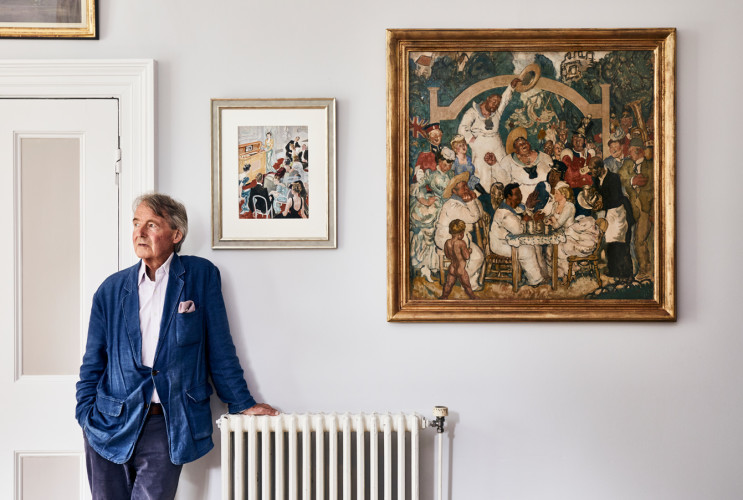 As Steven Spurrier publishes his memoirs, we talk to the wine merchant turned writer about a life dedicated to wine and why he can’t stop buying art

Steven Spurrier might be approaching 80, but his wit, quill and tongue are as sharp as ever. While – as is now the norm – we spoke on the phone, there is no doubt in my mind that the voice at the end of the line was immaculately dressed – with due attention paid to every detail. Spurrier has a critical eye, both precise and unfailingly honest in his assessment of whatever crosses his path.

“People do go on about the Judgement of Paris,” he laments. “It’s stuck to my back. I can’t do anything about it.” Instantly, I feel grateful for the phoneline, as I blush, knowing that I will join the cohorts of pesky interviewers who can’t not ask about the 1976 tasting that flung both Spurrier and Californian wine into the limelight. The blind tasting – pitching the best Bordeaux and Burgundy against California’s finest – paved the way for the New World, challenging the fine wine status quo, and creating a template for almost every other region to follow as they looked to prove their worth. It is this, Spurrier feels, that was the real mark left on the wine trade – opening people’s eyes to the power of blind tasting. “I just happened to put it on,” he says modestly of the event. Certainly, there is an element of coincidence that has ensured the tasting’s place in the history books: if journalist George Taber hadn’t attended – writing up the event for Time magazine with its now iconic Judgement of Paris title – and Spurrier’s wife Arabella hadn’t thought to take a few pictures, the occasion might have been remembered only by the few.

At the time Spurrier was running a wine shop and school (L’Académie du Vin) in Paris, being one of few Englishmen bold enough to try and teach the French about wine. He’d started his career just a few years earlier at Christopher’s – then London’s oldest wine merchant. Returning to the UK in 1988, he made the switch to writing and consulting on wine. The rest, as they say, is history: today he is one of the most famous names in the world of wine. That might be achievement enough for most people, but Spurrier isn’t most people – and he’s certainly not resting on his laurels.

In 2009 he and his wife Arabella planted their first vines on their Dorset property. Steven had long thought the chalky soils and the natural amphitheatre could make for a good vineyard, but it took a while for him to take the plunge. More than anyone, he knows how true the old adage is that the wine trade is the best way to make a small fortune – if, of course, you start out with a large one. Nevertheless he’d been fascinated by England’s sparkling potential – ever since he was served a glass of Nyetimber Blanc de Blancs blind in the mid-1990s.

Soon after the first vines took root at Bride Valley, he was at a black tie dinner at Château Lafite-Rothschild, talking to Baron Eric de Rothschild, he mentioned that he had planted a vineyard. Baron Eric put an arm round him and said, “Welcome to the club.” At the time he felt he was being congratulated; now he knows it was an element of commiseration. He’s 100% over budget on the project but is confident things will turn out ok. And, on the upside he hasn’t had cause to buy a bottle of Champagne for five years. The wines are made by Ian Edwards (of nearby Furleigh Estate), with Spurrier involved at both blending and dosage. At first the project was focused on sparkling only, but now they’re making still wines too – something about which he is very excited, particularly in the wake of the superb, warm 2018 vintage. 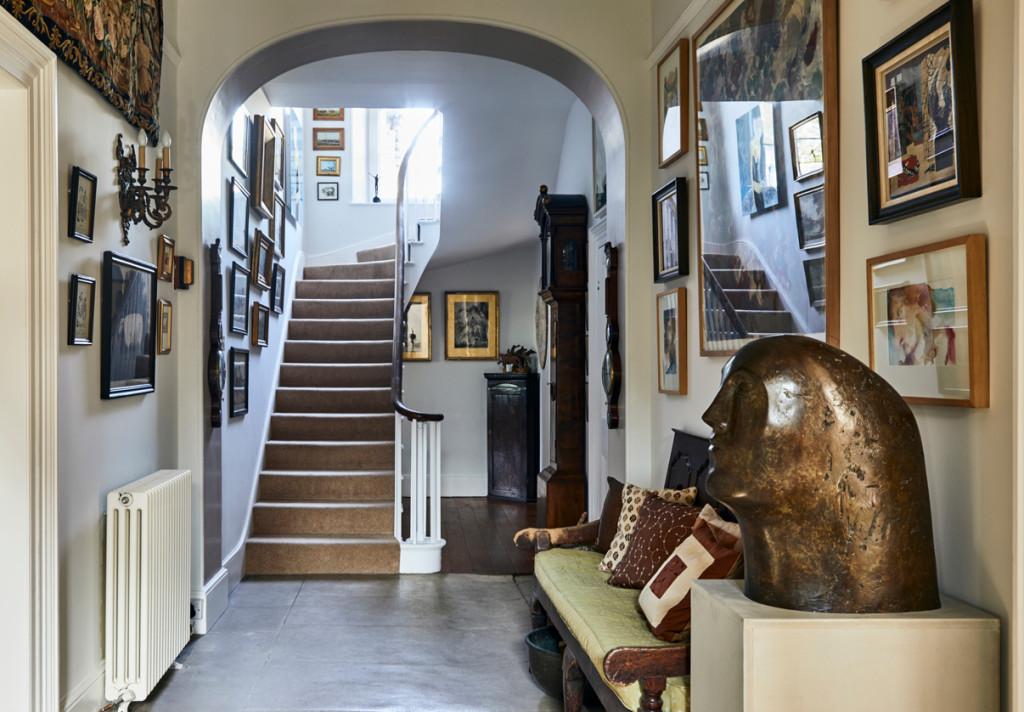 Inside Steven Spurrier's home in Dorset

A lot has changed since he joined the wine trade in the 1970s. Although he’s not necessarily enthused about everything (“I think natural wine gets away with a lot”), Spurrier thinks we’re in “a golden age for the wine drinker”, with a kaleidoscopic offering for today’s consumers. I ask him what of everything he’s tasted has stood out recently: like most people, he’s been spending a lot of time on Zoom – and one bottle from a recent online tasting stood out, 2017 Volnay Premier Cru Santenots from Faiveley, a close rival for the best Volnay he’s ever had (from Comtes Lafon).

But while wine might have filled his days, art seems to permeate every aspect of his life. It is, he says, an “addictive passion”, ever since he bought his first Stubbs etching at Sotheby’s 63 years ago. “I’ve got about 3,000 bottles of wine in the cellar, and I’ve got a list of what’s there. I think about them in vague terms, what one might drink tonight and so on,” he tells me, “but they don’t play a part in my life.”

His home is full of fine art – paintings, sculpture and sketches. Unlike wine, he feels that “art speaks to you,” he says. I ask whether he ever thinks about the path not taken – working in art, rather than wine. The answer – despite the fact that things have, at times, gone “exceedingly badly” – is, in short, no. “Life in the wine trade was so captivating, so encompassing, with the ups and the downs,” he says with a touch of nostalgia. “Although I would have lost less money in the art business,” he knowingly chuckles. Most importantly, he notes, “I’ve never been bored in the wine trade.”

Save £5 on Steven Spurrier’s new memoir, Steven Spurrier: A Life in Wine, or any other Académie du Vin Library publications. Simply enter code FINE5 at checkout to receive £5 off any book. 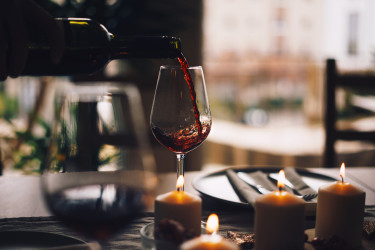