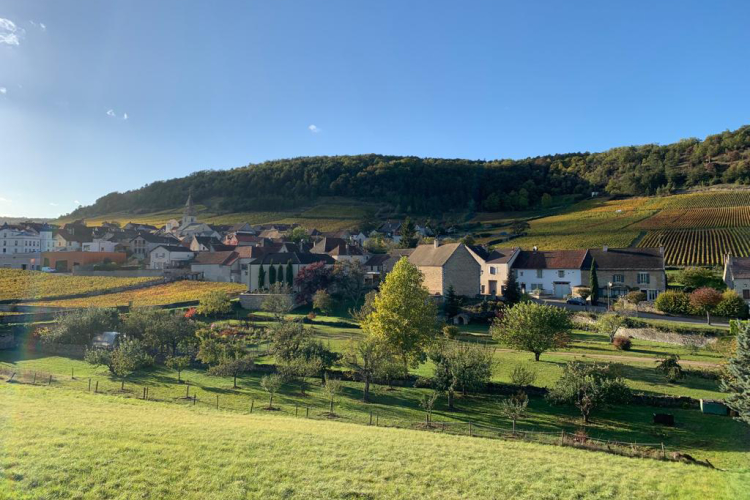 Premature oxidation has plagued the modern era of white Burgundy – but could it be a thing of the past? Recent research by Olivier Lamy – the experimental winemaker at the helm of Domaine Hubert Lamy – could hold the key to solving the problem. We caught up with him to find out more

When visiting the cellars of Domaine Hubert Lamy, you are likely to come out a lot wiser than you were when you went in. Olivier Lamy has been experimenting ever since he joined his father at the domaine in 1995, and he loves to share his findings.

On our last visit we were given two white wines blind and asked to assess them. One thing seemed immediately clear: with its deeper colour and more developed savoury tones, one wine was older than the other. “No” he replied. “They are the same age.” Okay, perhaps the reason for such variation in development is due to the wines coming from two different quality sites – a Grand Cru versus a village wine for instance? “No, it is the same vineyard,” he replied. Perplexed, the only other solution I thought must be his high-density plantings. (Olivier has planted parts of his vineyard three times the density of the norm in Burgundy, with up to 30,000 vines per hectare), the result being smaller, more flavourful berries. Wrong again. 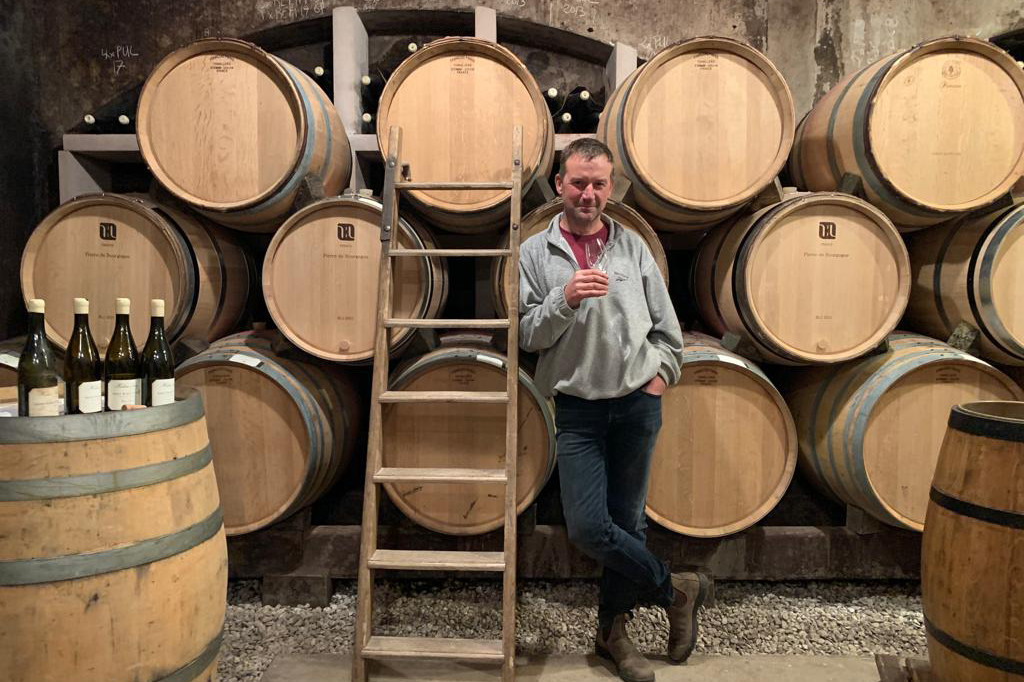 Olivier Lamy in the cellar

“Wrong experiment,” he smirks, leaving us completely stumped. He presents the two bottles and the answer lies with the capsules. Both wines have the same cork closure but one has the traditional metal capsule seal, the other bottle has been dipped in wax. It is the wax capsule that seems not only younger and fresher, but more texturally complex, yet both the wines are from exactly the same vineyard, with the same vine density and vintage. It is simply the closure that has preserved one wine so much better.

Olivier has been experimenting with closures for years. There have long been concerns about natural cork, with the risk of cork taint top of the list of potential problems, but it was the issue of premature oxidation, particularly with white Burgundy, that led Olivier to investigate whether maybe the problem lay with the closure.

Despite the drop in natural cork’s popularity and their replacement with alternative, “technical” corks and screwcaps, the natural cork still has plenty of advocates, and it remains the most sustainable and natural of solutions for many. A better understanding of the causes of cork taint has vastly improved the natural cork’s reliability and reputation, yet “being a natural product there remain irregularities in the cork,” says Olivier. Natural cork is irregular in structure, therefore allowing different levels of oxygen ingress, meaning that the same wine can mature differently depending on the specific cork, and resulting in bottle variation.  Olivier also believes the irregularities of cork have become worse in recent years due to climate change, with the warmer temperatures resulting in even less consistent cork. 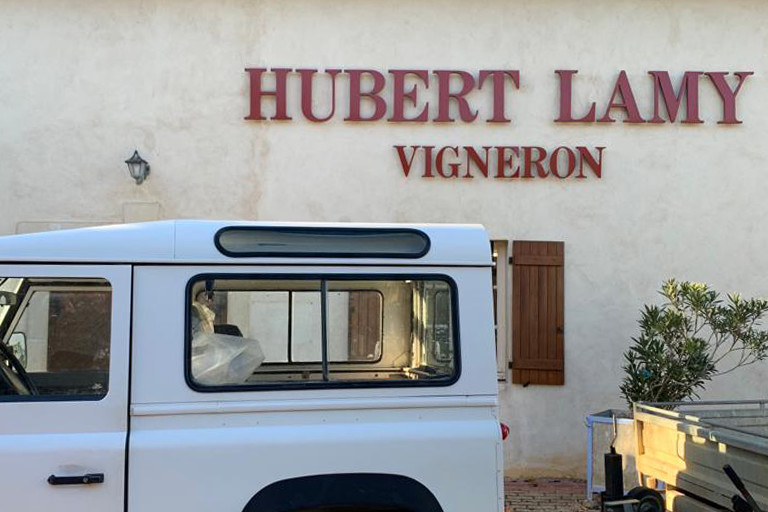 The benefit of the wax capsule, according to Lamy, is that it acts like a “bandage”, offsetting the irregularities of the cork. His grandfather and many other winemakers often used wax capsules for wines destined for their personal cellars; it was the reliable ageing capacity of these wines that prompted his experiments. Trialling the effects of waxed and unwaxed capsules since 2009, he decided to use wax capsules on all his wines in 2016. Over this time, he has experimented with varying diameters and lengths of cork, different treatments, as well as testing plastic, agglomerate, and technical corks before concluding that longer (54mm), technical DIAMs (a natural cork-based agglomerate closure), under wax seal produce the best results and best protect against premature oxidation.

Does this mean we have a definitive answer to the question that has plagued white Burgundy for the last couple of decades regarding premature oxidation? While his experiments certainly seem to imply that the irregularity of natural corks could be one of the biggest culprits and wax capsules one of the most successful solutions, he does not believe it is only the cork which is at fault. “There are two problems,” he says. “Poor-quality corks and the fact that wines are more fragile these days.”

The increased fragility of white Burgundy, Lamy believes, is a modern phenomenon. Climate change produces riper grapes, combine this with too many new barrels, modern presses that are too protective and you have wines that are more susceptible to oxidation. All too aware of this concern, many vignerons, Lamy believes, attempt to overprotect their wines, adding too much anti-oxidative sulphur dioxide (SO2) throughout the winemaking process. Counter-intuitively, this in fact makes the wines more susceptible to oxidation. When wine is made in a more protective environment, the more volatile phenolics remain in the wine, whereas these will drop out of a wine when it is made oxidatively at the early stages of vinification, resulting in a much more stable wine. 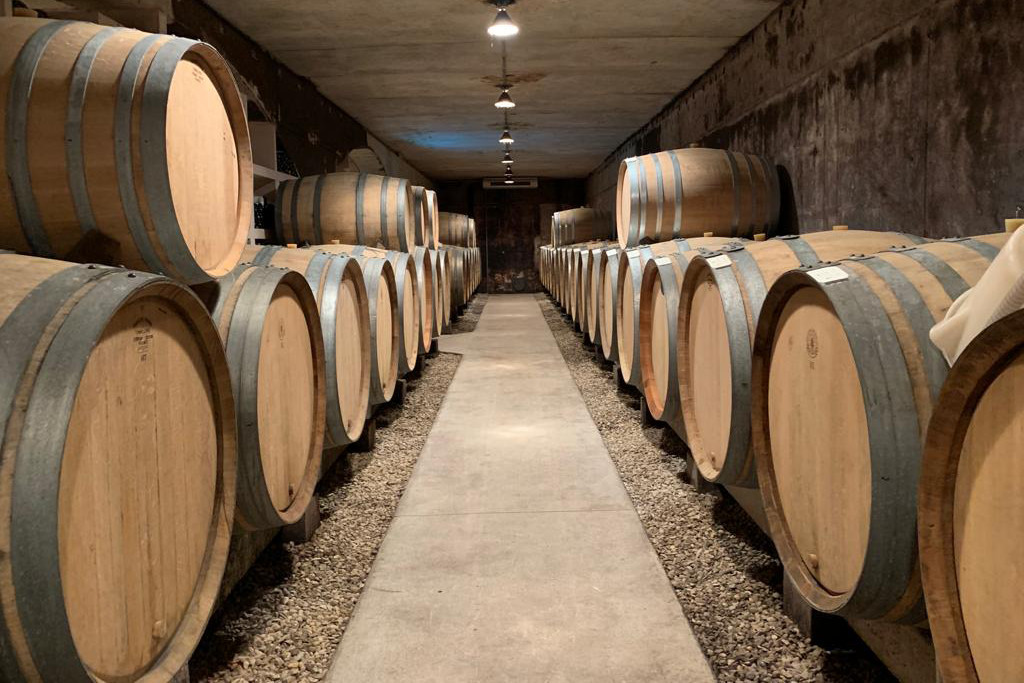 Barrels lined up in the cellar at Domaine Hubert Lamy

Despite vignerons’ better understanding of the effects protective winemaking has on long-term ageing, these techniques are still used by many because it makes the wines so much more approachable in their youth. Many white wines today are built on developing these youthful aromas at the expense of ageing potential, Lamy argues. This is, he says, is in direct contrast with the past, where wines were built on texture, remaining fairly closed in their youth, with the aromas only developing with age.

There are still many traditional vignerons in Burgundy producing textural white wines built to age – with Lamy (who does not enjoy young, aromatic Burgundy) being one of them. With the warming climate, he has, however, had to adapt his winemaking to protect these more fragile wines. These days he manages the press cycle according to the vintage and allows for more solids when required.

With all the wines now bottled under DIAM and wax capsules, all Lamy can do now is wait. But, if his experiments are anything to go by, the risks of premature oxidation are low. Of course, he’s not sitting back – the dynamic winemaker is looking to experiment even more, pushing the boundaries to produce the best, and most age-worthy, wine possible. 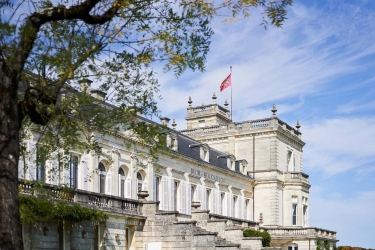 What to look out for this January