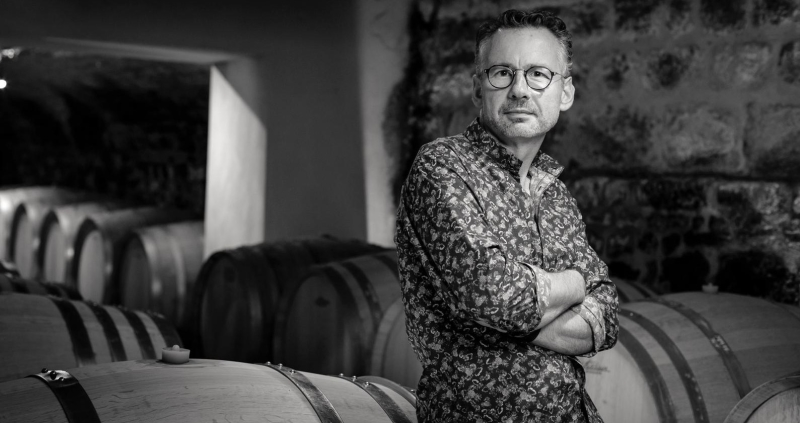 Chablis has seen a real renaissance the last few years, with critics such as Neal Martin stating, Chablis “articulates terroir with greater transparency than any other wine region”. He goes on to say “… in talented hands Chablis can satisfy both the senses and the intellect…the finest Chablis wines are uncompromising, challenging and cerebral.”

In the same article Neal Martin identifies Samuel Billaud as one of the best in the business, including him amongst a handle of producers that are making Chablis on almost the same level as Raveneau and Dauvissat.  The quality of Samuel’s winemaking cannot be overstated and he is being rewarded with seriously positive press. We probed Samuel to find out what are the secrets behind his stunning set of Chablis wines.

Although Samuel’s domaine is fairly new, the first vintage being 2009, Samuel is one of the most experienced producers in Chablis having made wine in the region since the 1985 vintage. He produced over 20 vintages working for his family’s historic domaine - Domaine Billaud Simon, initially under the tutorage of his grandfather until his death in 1990. From 1991 he went on to produce the wines at the domaine on his own. Following the death of his grandfather, Samuel started to fall out with his uncle whom he shared the domaine’s ownership with and the two eventually separated. A few years ago, Domaine Billaud Simon was finally sold to the large Burgundian negociant – Faiverley. In the terms of sale Samuel was allowed to pick his favoured plots of vineyards for his own domaine. This enabled him to secure some of the finest vineyards in Chablis – historic sites that have always been under the ownership of the original Chablis families of Billaud Simon, Raveneau, Dauvissat, Droin etc.

Having such knowledge of the vineyards and now access to some of the top historic plots these have to be central factors behind the upswing in quality of the wines now being produced at the domaine. Initially prior to the sale Samuel was buying in all the grapes under his label.

Whilst we were already familiar with Samuel’s top Premier Cru and Grand Cru vineyards, one of the true revelations we discovered when tasting the wines on this visit was that his Petit Chablis is coming from a small site sitting on Kimmeridgian and Portlandian soils directly above the Les Clos Grand Cru vineyard, where only Billaud and Raveneau share the vines. This is a wine that is closer to a Premier Cru than a Petit Chablis quality standard, with amazing mineral structure and body. The land only becoming certified on this site some 20 years ago.

The Secrets to his Winemaking

Another key element to Samuel’s success lies with his work in the vineyard. Yield plays a big factor in the difference between top Chablis and the mass-produced wines you find on the supermarket shelf. According to Samuel, in order to bring structure to Chablis, early debudding in May is essential. For Samuel, lowering yields brings power and dynamic energy to the wines.

Samuel’s wines have a distinct style in which the wines have both a creamy / leesy weight whilst retaining a contrasting linear focused mineral brightness. He creates this effect in the winery. First of all his fermentations are perhaps slightly warmer than more high production Chablis – the warmer fermentation temperatures and wild yeasts bring an added weight to the palate. The freshness comes from obviously the right picking time and additional quality control through hand harvesting. The flavour complexity and texture comes from leaving the wine on its lees for much longer than is typical for Chablis (a minimum of 12 months for his village wines and up to 18 months for his Premier and Grand Crus). This longer ageing on the lees not only retains a freshness in the wines through the reductive qualities the lees brings to the élevage but also adds flavour complexity through its extended contact.

Another key element to his winemaking that he believes plays a really central role in maximising quality is down to his racking / settling technique. Prior to fermentation there is a clarification process in which typically all the must is removed and only the clear juice is separated to be fermented. However, Samuel takes a riskier approach in which he adds a proportion of the fine lees (solids) to the fermentation tank too. For Samuel this is key to gaining the complexity in the wine he is looking for.

The Winemaking of Raveneau

Whilst his grandfather has undoubtedly been his biggest wine making influence, the Raveneau brothers (Bernard and Jean Marie) have also been a huge influence in his wine methodology. I asked Samuel, considering Raveneau has such a huge following and commands huge prices for their wines that dwarf much of what else is produced in the region, what do they do that is different when it comes to production. Samuel outlined that Raveneau do make their wines differently than most other producers of Chablis. Rather than doing a barrel fermentation of the wines, Raveneau ferment their wines in stainless steel tanks then only move them to barrel post fermentation. The result is a much more austere wine in youth, which closes down for the first 5 years of its life and then slowly opens up in bottle developing over the next 15 years. He states the wines must be complex, mineral and concentrated for this to work. In that sense yields need to be very low and the grapes in perfect condition.

Whilst Samuel is thinking about introducing this process to some of his most minerally driven cuvees – Sechet, Monts de Milieu and Montee de Tonnerre, for now his methodology shares the low yields and hand selection influence of Raveneau, but Samuel prefers to barrel ferment his wines enabling them to be more approachable in their youth whilst also giving the wines good ageing potential. This approach is similar to the other new generation of celebrated growers such as Fabien Moreau, Benoit Droin and Guillaume Michel.

We were thrilled to taste through his latest 2018s which are yet to be bottled and I asked him what he thought about the vintage and how it compares with other similar vintages. One thing is for sure, this is an extraordinary vintage. What is completely unusual about the 2018 vintage in Chablis is that there was good volume as well as good sun intensity which meant that the grapes managed to counter the heat. This has provided wonderful power and intensity but without any concern of over-ripeness, retaining that all important vibrancy and minerality so particular to Chablis. Samuel struggled to compare the 2018 with any modern vintage, being richer and more powerful than the 2016 and 2017s, yet more mineral than 2015s. Some vignerons old enough compare it to the 1979s and 1947s – two high quality vintages but with lots of sun.

Aged Chablis we should be drinking now

Latest Release due out next week

Whilst it is difficult to source premium aged Chablis, buying top producers Chablis on release remains remarkably good value for Burgundy. Next week will see the release of samuel Billaud's Chablis 1er Cru “Fourchaume” a tiny parcel from Billaud’s cellar that we can offer exclusively through Fine and Rare. Tasting the wine this week the wine has a fantastic intensity and balance with very pure grapefruit, mandarin, lemon citrus and delicate white flower notes. But the real magic of the wine is in its texture, its elegant mouth feel and balance. The wine is impressively broad, filling the palate whilst at the same time remaining ethereally Chablis-light, leaving the palate salivating with a long mineralic finish. This is one not to miss on release. 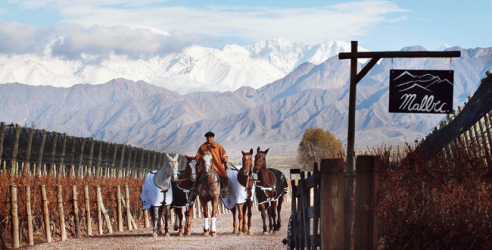