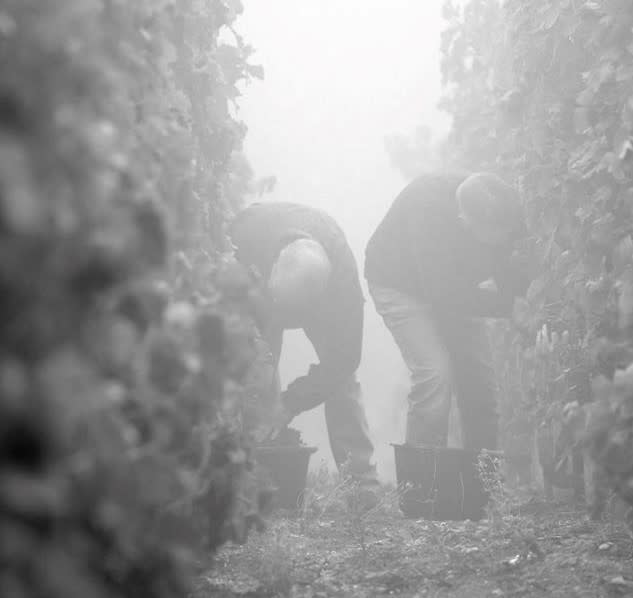 Nicolas has lived and breathed Cote Rotie since he was a boy, working alongside his uncle in the vineyards and winery, and in the summers with his father at Guigal. Following his uncle's passing, Nicolas inherited one of the most prime vineyards in the highly revered lieu-dit of “Les Grandes Places” in the Cote Brune of Cote Rotie. Previously these prized grapes were sold to Etienne Guigal, but since Nicolas took over the family estate, he made the leap to set up his own domaine.

The quantities are small and the expectations high, but these wines are really sensational. Jeb Dunnuck was one of the first critics to taste the wines and he too was struck by the quality on offer stating - "these releases from Nicolas Champagneux were a revelation for me and this is an estate readers need to put on their radar!" This is the newest kid on the Cote Rotie block and is sure to be the next rising star in the Northern Rhone.

F+R: What made you decide to take on the winemaking at the estate rather than continuing to sell the grapes to Guigal?

Nicolas Champagneux: I had the seen my father and my uncle working the vineyards for years and when I was put at the head of the estate, I had the willingness to see the final outcome of a year of hard work. We are lucky enough to retain old vines in Les Grandes Places, one of the most unique lieux-dit of Cote Rotie, I felt I had a mission to value our patrimony and bottle our wines under our name. 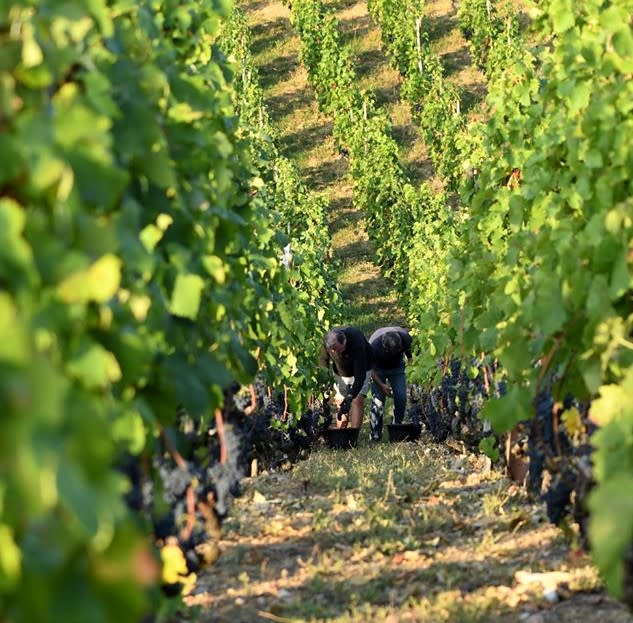 F+R: What viticultural experience did you have prior to taking on the project?

Nicolas Champagneux: I grew up in the cellars and the vineyards. My great grand father had planted the vines, and I helped my uncle a lot, working in the vineyard and in the cellar for the winemaking of the few barrels he was keeping for our personal consumption. My father has been chief of viticulture for Guigal and when i was young, I used to go and work there as a summer job.

F+R: What was the most challenging factors when setting up the domaine?

Nicolas Champagneux: (Laughing) The administration around the creation of a company and all the paperwork linked to wine production and storage, frankly the rest was not that difficult, the vineyards was already planted, I knew the viticulture and had good notions of winemaking so it came easy. I quickly grew a passion for viticulture and winemaking, this has given me the energy to overcome all the difficulties across the years. I have to say also have been blessed with great vintages since I took over the estate.

F+R: You say you have been given lots of advice when setting up the domaine, what advice has been the most valuable and who has been advising you?

Nicolas Champagneux: When I decided to vinify our grapes I had to build the cellar and the most challenging thing to me was to create a "tool" that would allow me to work conveniently. Most of the work in the cellar is done by gravity, allowing the preservation of the grapes and the must. Yves Cuilleron has been instrumental in helping me to set up the cellar and I cannot thank him enough. 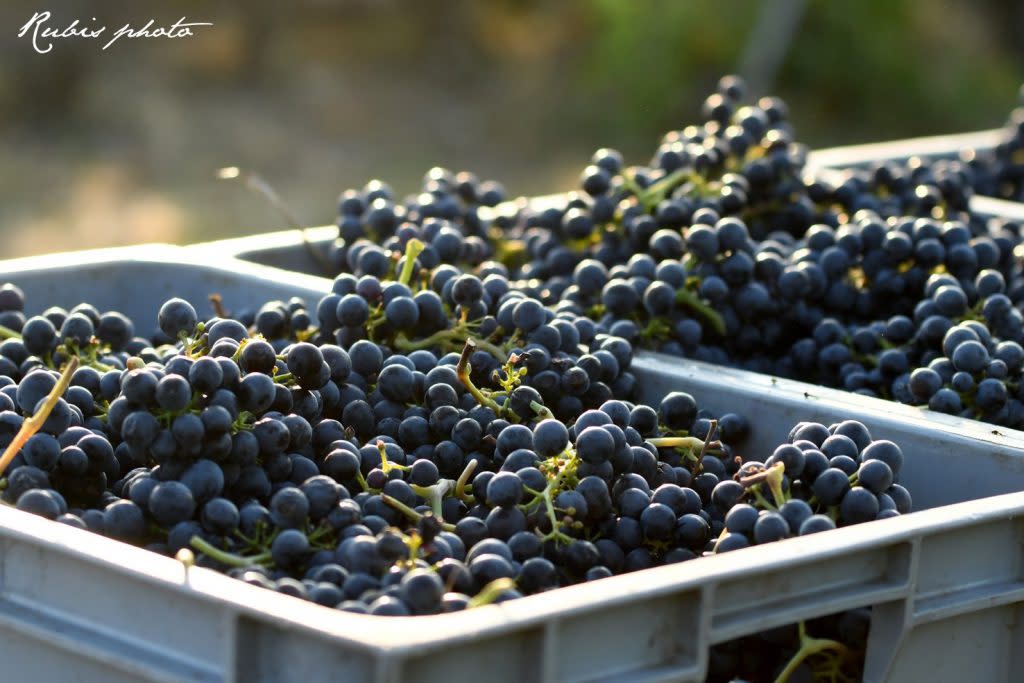 F+R: You have been blessed by some exceptional vintages in the Northern Rhone (15, 16, 17). How do the vintages vary in terms of profile?

Nicolas Champagneux: Indeed we have seen a trio of  three great vintages, that remains very different in style : 2015 was a "solar" vintage showing wines with solid structure, more masculine, almost muscular I would say. 2016 was in my opinion more elegant, with great fruit purity, supple structure, with more complexity. 2017 is a bit of the combination of the two with a solid backbone but a great fruit expression.

Nicolas Champagneux: Again, we had two more superb vintages, rather hot summers, we actually suffered from the heat during both harvests; but we had grapes with an excellent sanitary state and optimum polyphenolic ripeness.

We have worked on both vintages to counter the effects of the heat through softer diffusions, introducing a part of non destemmed grapes in order to keep freshness and to retain supple tannins.

F+R: Can you outline the most important factors in your viticultural approach?

Nicolas Champagneux: Since I took over the estate, I have put all my efforts towards sustainable viticulture. We use cover crops in most of our plots and work towards respecting the local biodiversity.

F+R: What are the biggest dangers/ concerns when growing Syrah and how best do you avoid this?

Nicolas Champagneux: Climate change is certainly our biggest challenge at the moment. In order to address this change, we have, as I said before, adapted our winemaking to avoid having too much alcohol in the wines. Depending on the vintage we are introducing a higher amount of grapes with full clusters when doing our fermentation, we use softer extraction processes and more temperature control during fermentation to avoid harsh tannins whilst preserving the natural elegance of our terroirs.  Working with gravity has helped us to reach more elegance in the wines as well.

F+R: Can you outline what is specific about your terroir?

Nicolas Champagneux: Les Grandes Places is a unique soil formation in Côte Rotie, the soils of mica-schist of the Cote Brune area are made of thin layers of schist, these friable soils enables the vines to dig their roots down in the soils and get the water and minerals from great depth. The wines of Les Grands Places are generally very elegant and at the same time fleshy. 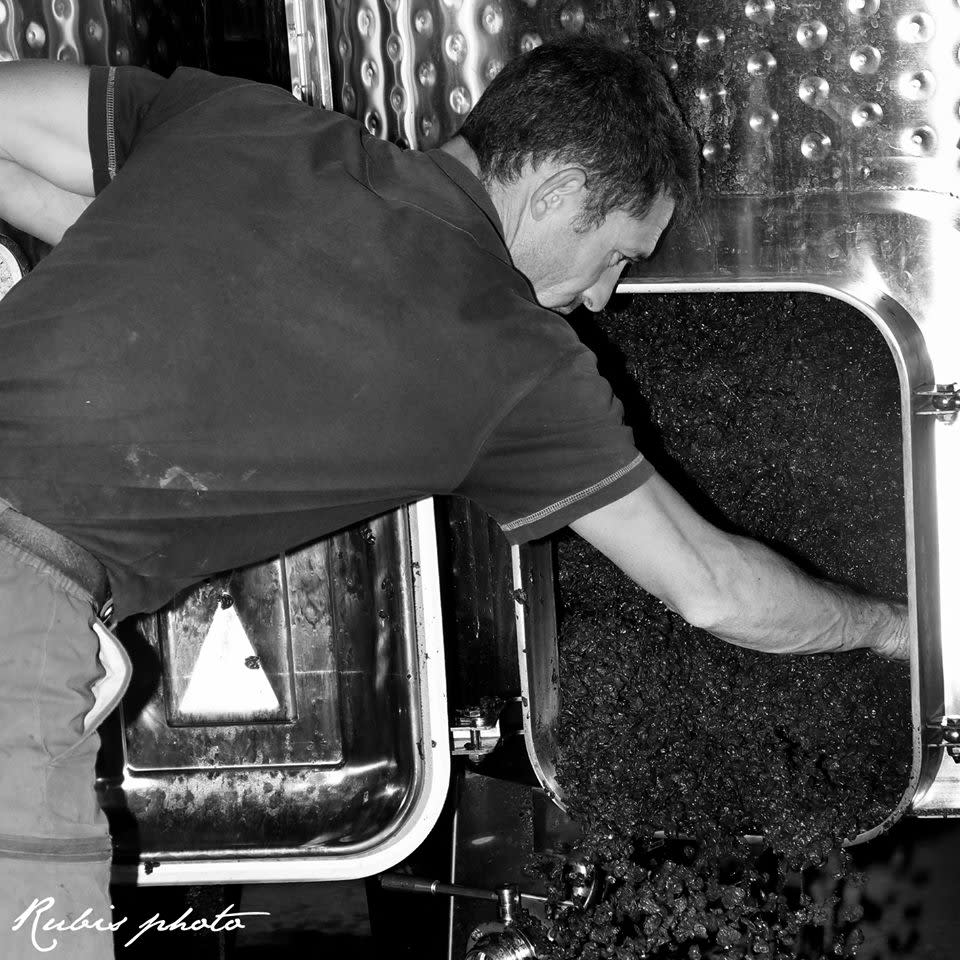 F+R: When do you think the wines will reach their peak drinking window?

Nicolas Champagneux: For the  2015, I would say they will start to show well in 8 years and should reach their apogee in 10-12 years

The 2016 will need a little less time, eight to ten years I would say.

At the end of the day, wine ageing is really a matter of taste, some prefer to enjoy their Cote Rotie in the energy and opulence of their youth, some prefer them with age, softer structure and tertiary aromas.

F+R: In the photos you sent us can we see you in action, planting vines? Did you buy more parcels? If, yes: Where? And which ones?

Nicolas Champagneux: No, those are parcels that we have always owned, they are located near the cellar and are  simple IGP Collines Rhodaniennes,  I planted them with Syrah but its only 4000 square meters on schists soils with a higher proportion of Clay. My great grand father had this parcel planted with Gamay and used to drink this wine at lunch everyday, generally we know that when our ancestors have planted vines somewhere it was for a good reason ! 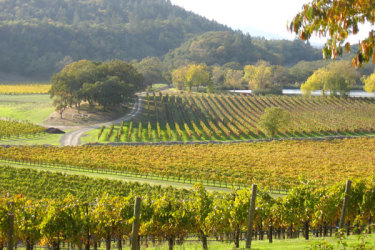